Like many home theater fans who have amassed sizable movie collections over the years, I often struggle to keep my Blu-ray and DVD discs organized in such a way that I can easily find a title when I want it. Even when I seem to have a good system in place, I periodically feel the need to change everything.

This may be more of a problem for those of us who still cling to physical media than those who’ve gone fully digital. When you take into account the many different packaging variations that discs might come in, arranging your movies is a lot more complicated than simply alphabetizing them by title or sorting by genre. Box sets may not fit on the same physical shelf as standard keepcases. SteelBooks feel like they ought to be kept together for a uniform presentation. What do you do with movie franchises that don’t necessarily share a common word to start all their titles?

Over time, I’ve developed a very convoluted system that (mostly) makes sense to me but will probably seem completely arbitrary to a visitor. The first thing to note is that I keep DVDs separated from high-def content for the most part. Primarily, that’s because DVD cases and boxes are typically taller than Blu-ray, but also because standard-def is gross and I’ve been weeding it out as much as possible. On the other hand, I allow Blu-ray, Ultra HD, and even what little HD DVD I have left to freely mingle.

At the entrance to my home theater is a vestibule with my first movie shelf. The contents on it break down as follows:

Within each of these categories are further divisions. The SteelBooks have sections dedicated to Disney/Pixar animation, James Bond, and the Marvel Cinematic Universe, in addition to common-word franchises like Harry Potter, Mission: Impossible, Star Trek, or Star Wars.

The DVDs on the lower half of the shelf are divided by movies, TV shows, and anime. 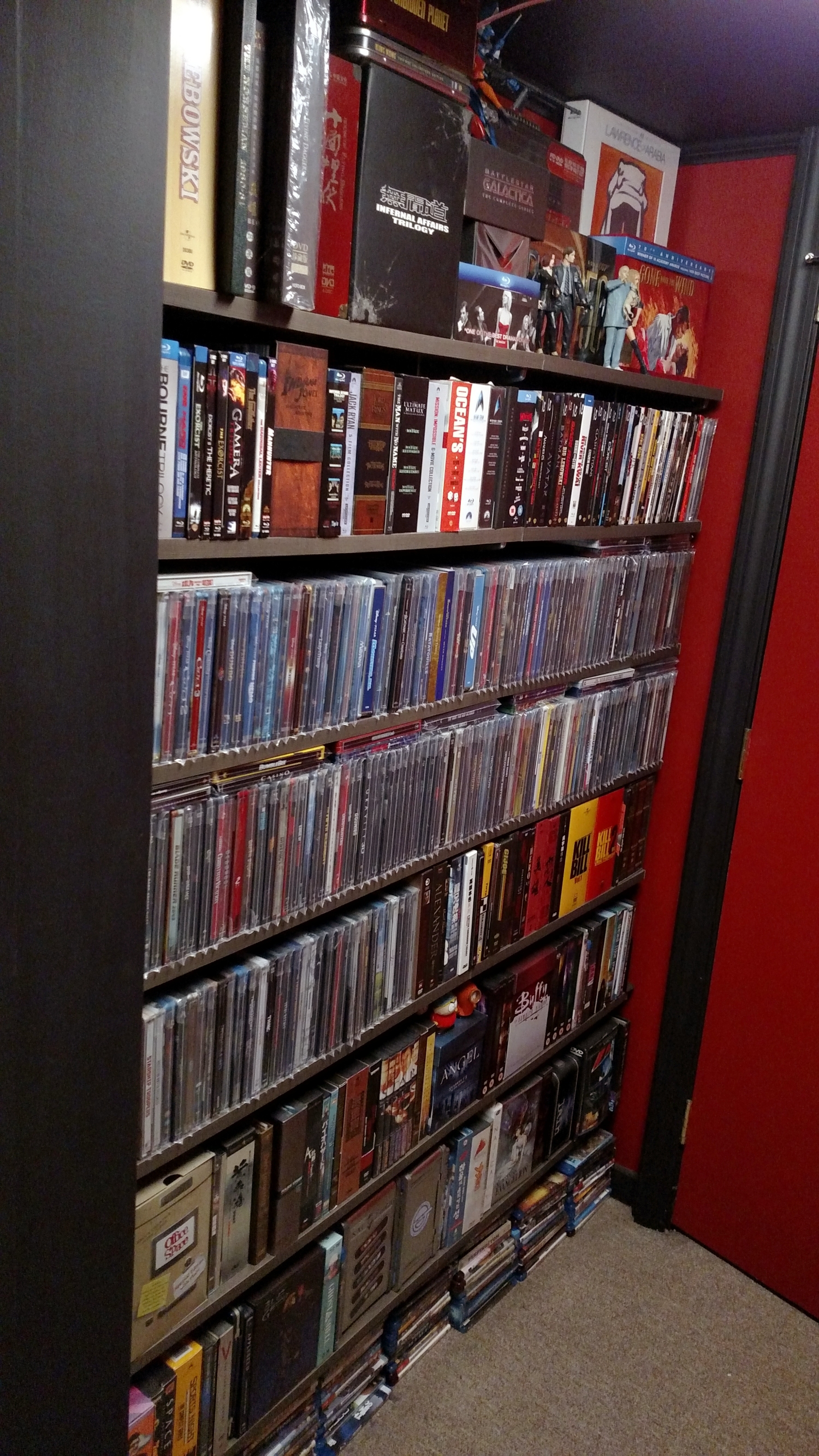 As you can see in the photo, I’m quickly running out of room on this shelf and have taken to laying some recent acquisitions horizontally on top of the other SteelBooks. These are not properly sorted and I will need to clear out some DVDs to make room for them.

Just after the main entrance to the home theater are two more shelves in the back of the room. The first is dedicated just to Criterion Collection Blu-rays. Behind that is what I call the catch-all shelf, which has: When I encounter a title that overlaps multiple categories, I have certain prioritizations. For example, a 3D disc in a SteelBook will go on the SteelBook shelf, not on the 3D shelf. Likewise, I will always default to keeping SteelBooks together even if it means breaking up a movie franchise. (Not all of the James Bond series is available in SteelBook form. I have all the SteelBooks that were released, but the rest of the titles are kept separately in the Bond 50 box set.)

In order to save space, I transitioned the majority of my movies that came in plain-jane keepcase packing into DiscSox sleeves, which are stored in a trunk under the Criterion shelf. I also have a small tub of random DVDs in DiscSox. Deeper into the room is a dedicated David Lynch shelf, which holds my many copies of Dune on multiple video formats, plus the director’s other movies on DVD or Blu-ray. (Due to my prioritization system, Lynch’s movies that were released on Criterion Blu-ray stay on the Criterion shelf.) 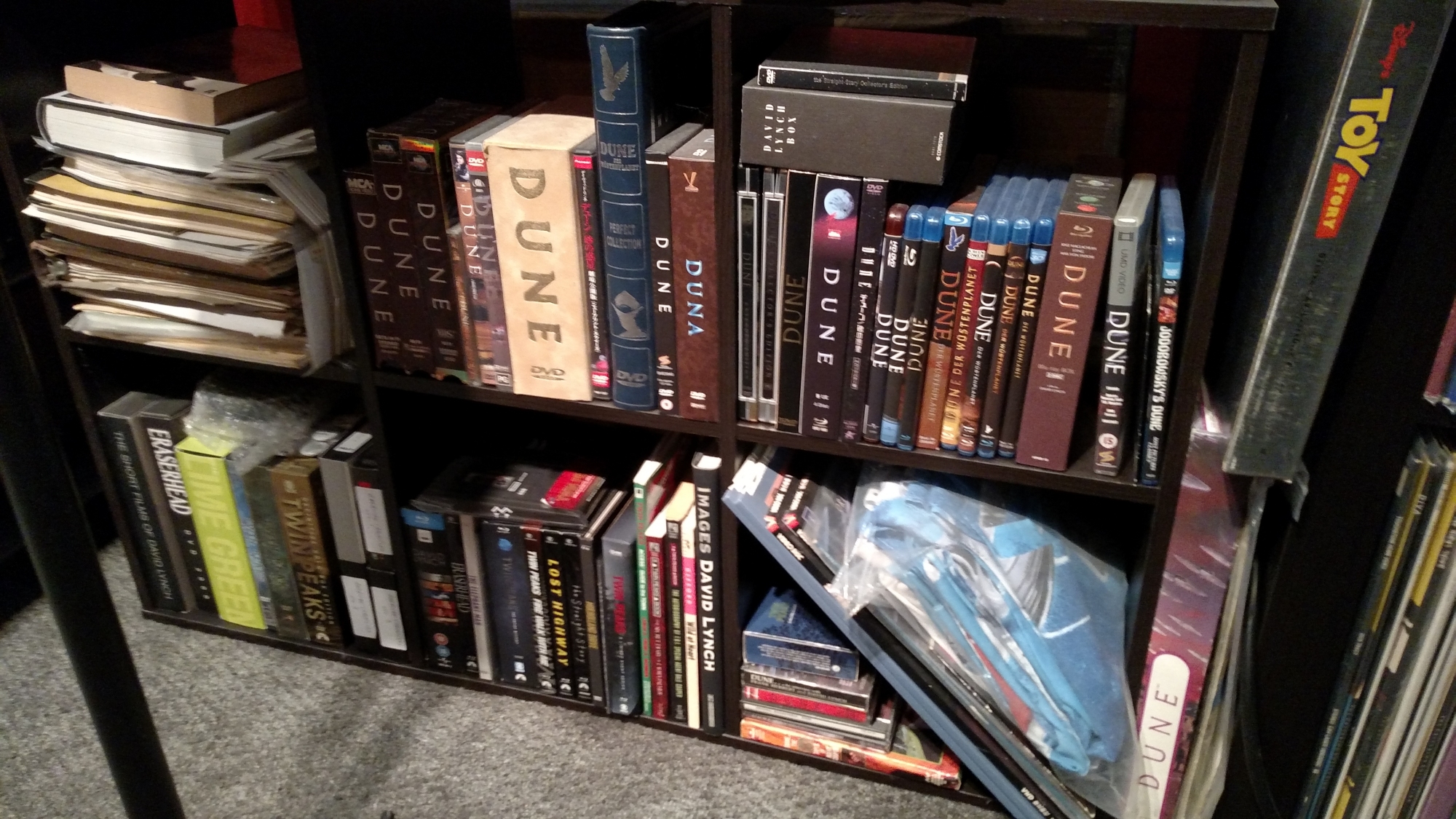 After all that, I almost forgot about the few hundred Laserdiscs that I still keep around for sentimental reasons. 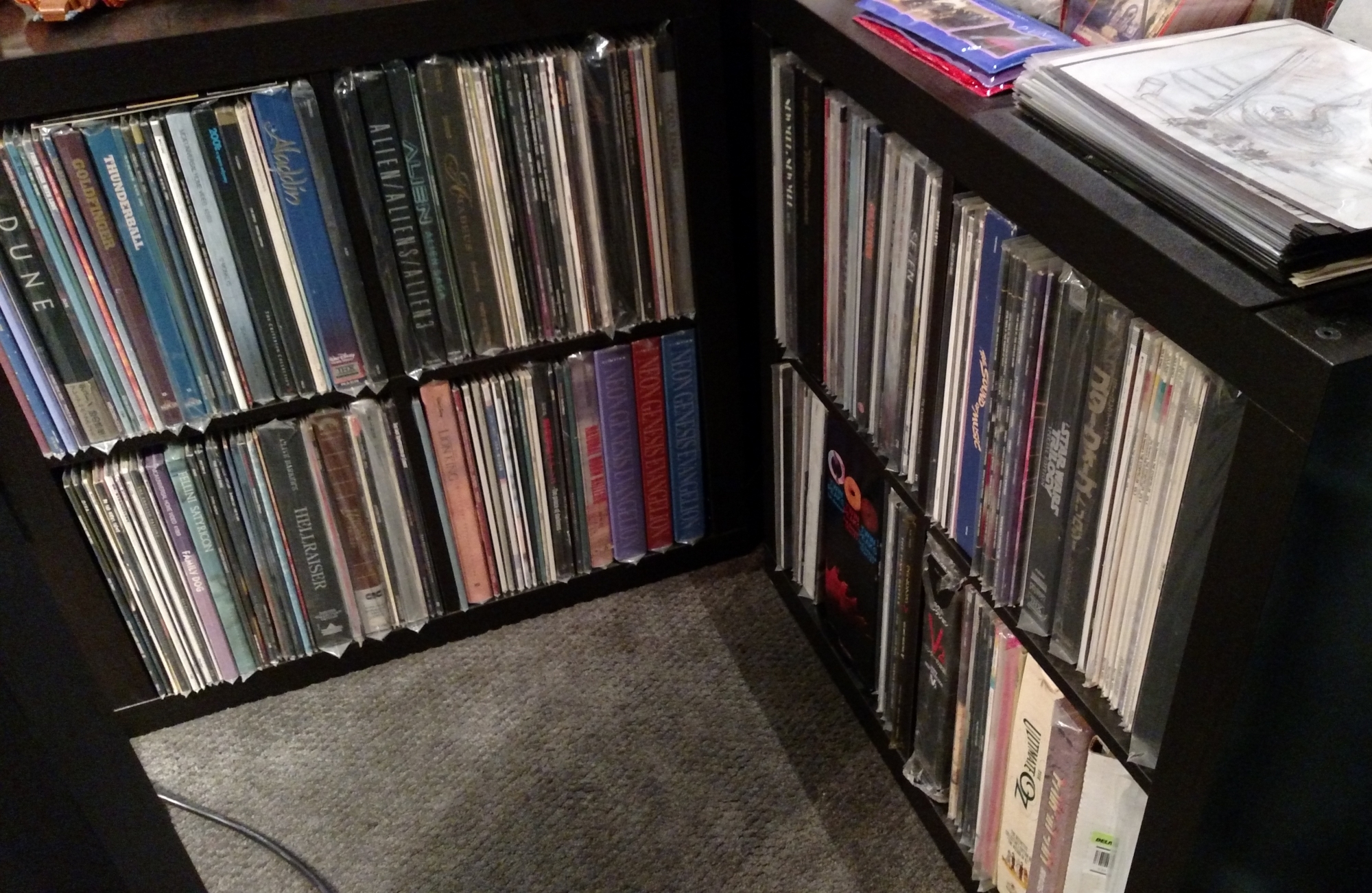 The Challenge of Alphabetizing

Within any specific section of my collection, I try to keep individual titles alphabetized. Exceptions to this include movie franchises, which are arranged chronologically. It would make no sense to me to put the 1996 Star Trek: First Contact before the 1994 Star Trek: Generations just because they alphabetize that way.

One area that I have long found challenging is how to alphabetize movie titles that begin with numbers. From what I can tell, there is no single definitive answer for how to do this. For many years, I insisted on sorting these by spelling out the numbers as they’re commonly pronounced. In this method, 48 Hrs. is filed under F for “Forty Eight” while 2001: A Space Odyssey is under T for “Two Thousand One.” The Modern Language Association agrees with this process, and it worked well enough for me for a long time.

Recently, however, as I stared at the discs on my shelf, I grew increasingly annoyed with seeing numbers mixed in with text titles and decided to rearrange everything. Currently, I sort numerical titles at the start of each section. Having done so, unfortunately, I’m already second guessing myself.

Does it really make sense to keep 3 Women separated from Three Kings (aside from the fact that one is Criterion and one isn’t)? And what do you do with movie titles that are spelled wrong on the disc packaging? The Blu-ray release of Sydney Pollack’s Three Days of the Condor is printed as 3 Days of the Condor for some reason. Similarly, both Twilight Time and Criterion have chosen to spell Michael Radford’s George Orwell adaptation as 1984 even though the on-screen title follows the original novel as Nineteen Eighty-Four. Should those be sorted in accordance with the cover art or the official copyrighted title? I’m inclined to say the latter, but it brings me back to those discs looking wrong on the shelf.

To further complicate matters, my DVD Profiler cataloguing software has some really screwy ideas about what to do with numbers. By default, it sorts any title starting with a number by the first digit of that number, as if the digits were letters in a word. So, 12 Angry Men comes before 8 1/2, because 1 is less than 8. That’s completely nuts. To fix that, I had to add leading zeroes in front of the numbers in the “Sort Title” field. 3 Women became “0003 Women,” The 39 Steps is “0039 Steps,” etc. What a pain!

Only then will DVD Profiler display the titles in a sensible order. 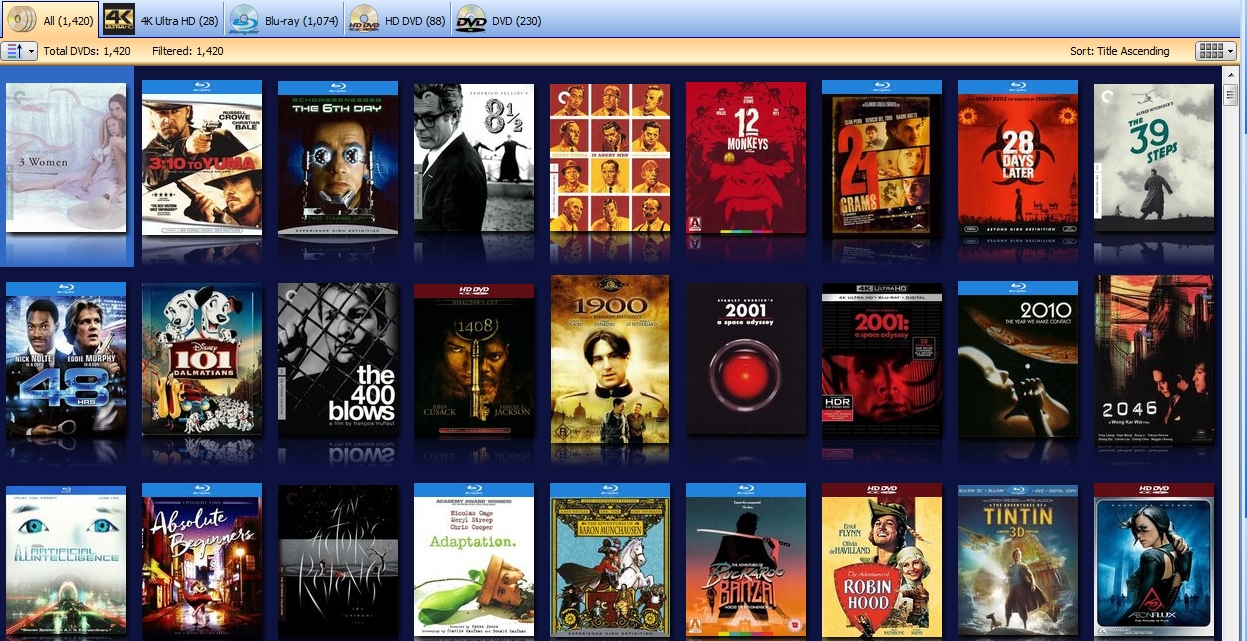 The worst part of this is that I have a gnawing feeling in the back of my head that I’ll probably change my mind later and go back to the original method of spelling out the numbers. Such are the travails of being a mildly obsessive-compulsive movie collector, I guess.

How do you arrange your collection?