Sometimes, being a collector is a real pain in the behind. That’s especially true when the urge strikes to find the perfect collectible edition of a given movie when several options are available, each exclusive to a different retailer and some being potentially difficult to obtain. This month, we run into that problem with one of the most quotable comedies of all time and its sequel.

This Walmart-exclusive SteelBook contains both ‘Anchorman’ and ‘Anchorman 2’ in the same case. It seemed to come from out of nowhere this week with no advance notice. The case looks nice enough on the exterior, but I don’t care for the way the interior fold displays the individual poster art for each movie. (I would have preferred distinct still frames from the movies.) The sequel also appears to have been downgraded from three discs to two. I believe the only thing missing is the DVD copy, if that’s important to you. 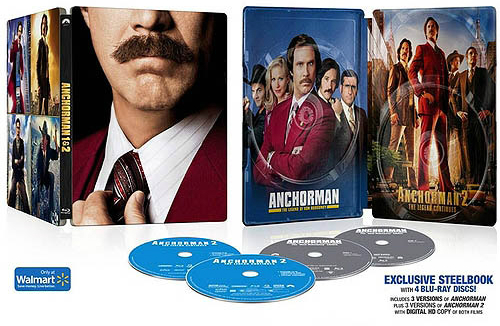 Given that the photo only shows three hubs for four discs, I assume that you’ll have to stack the two discs for the first movie on top of one another, which is annoying and leaves them vulnerable to scratches.

If you’d prefer to keep the movies separate (or only care about the original film), UK retailer Zavvi has its own exclusive SteelBook for ‘Anchorman’. It’s reasonable priced, but you’ll probably want to order it in conjunction with something else in order to save on shipping charges.

The front artwork is just OK, but the Sex Panther logo on the back is hilarious. 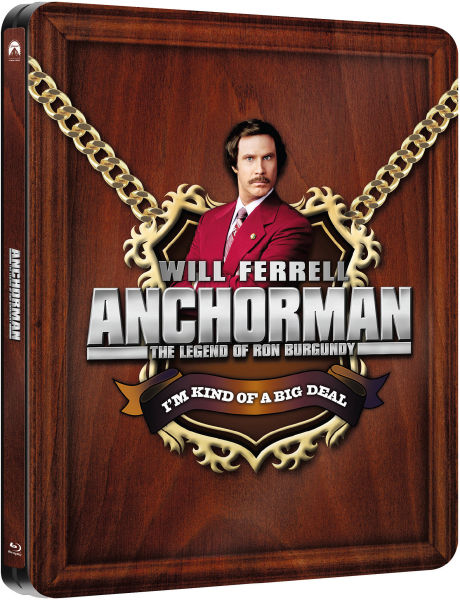 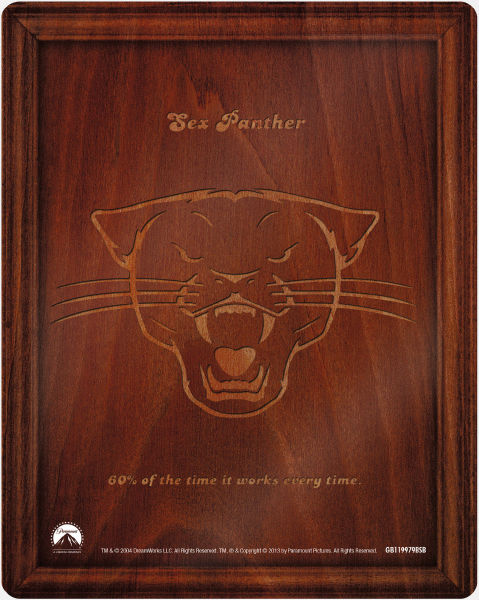 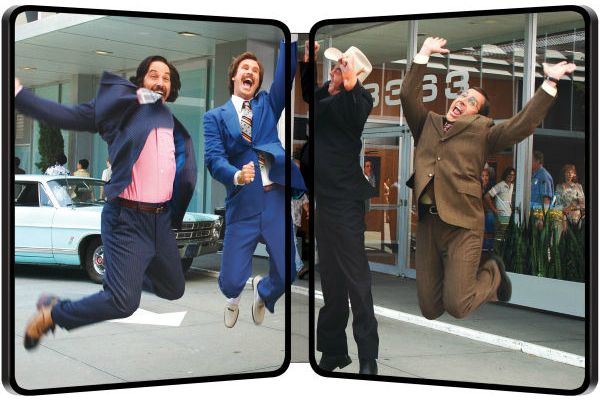 Unfortunately, Zavvi does not have a matching SteelBook for ‘Anchorman 2’. If you want that, you’ll need to look toward another UK retailer called Entertainment Store, whose products are distributed exclusively through Play.com. Infuriatingly, Entertainment Store will not ship outside the UK. If you don’t happen to live in that country, you’ll need to find someone there who can buy it and ship it to you. (I did this precisely once before, in order to get the Entertainment Store SteelBook for ‘World War Z’. It was a hassle that I don’t plan to go through again.) 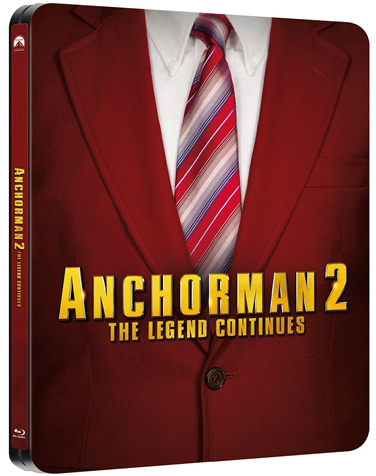 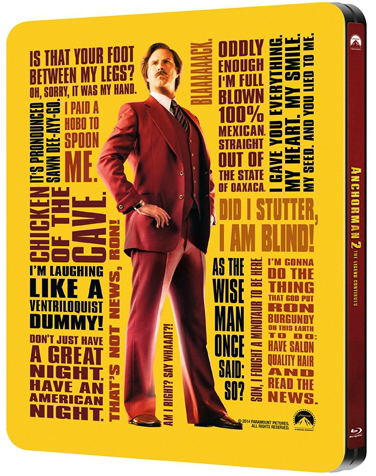 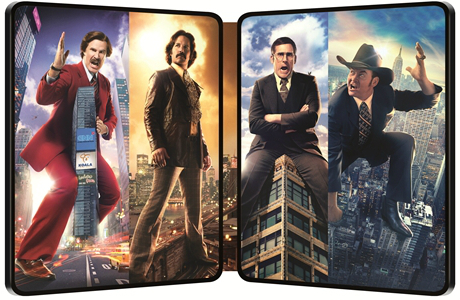 For my part, I already own the first ‘Anchorman’ in the so-called “Rich Mahogany Edition” that was exclusive to Best Buy a few years ago. The set came in a cardboard case stuffed with a copy of Ron Burgundy’s journal and some trading cards. 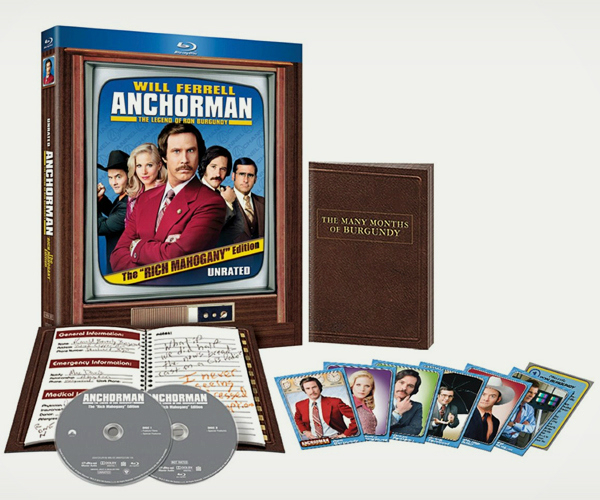 While that was kind of gimmicky and pretty much any of these new SteelBooks look nicer, I enjoy the fake journal and don’t feel like rebuying the movie at this time. Since I haven’t even seen the sequel yet, I’m wary of making a great effort to obtain a special copy of that one.