Tonight on NBC, ‘Community’ will air a special animated episode parodying the ‘G.I. Joe: A Real American Hero’ cartoon from the 1980s. The potential for awesomeness in that is almost too much for my brain to process. I hope it can live up to my expectations. In the meantime, I’ve prepared a fun look back at the times the original toy line shamelessly borrowed ideas from movies and TV.

Throughout most of the 1980s and early 1990s, G.I. Joe was the most popular boys’ toy in the world. During the height of that success, the action figure designers at Hasbro were charged with cranking out dozens of new characters every year. As you can imagine, that was a lot of pressure. Sometimes, if they ran out of other ideas, they looked toward movies and TV shows for inspiration. The following are some examples that have stood out to me.

Some of these comparisons will be fairly obvious and undeniable. Others may seem more tenuous, and a few you may not agree with at all. Nevertheless, I think that cases can be made for most of them.

As one of the founding members of the G.I. Joe team, Scarlett was the first female action figure in the toy line. Of the initial batch of figures in 1982, her spandex leotard costume was also the least… shall we say, realistic… military uniform. (That first year, most of the characters were designed to look more or less like actual soldiers. As the franchise progressed, the costumes grew goofier and more outlandish.)

Judging by appearance alone, the figure certainly doesn’t bear much resemblance to Vivien Leigh in ‘Gone with the Wind‘. However, the character’s code name combined with her “file name” (the supposed actual identity on recorded file) of Shana O’Hara is clearly meant to be a reference to Scarlett O’Hara in the film (and the original novel, I suppose). She’s even from Georgia. Comic book author Larry Hama, who wrote most of the official file cards on the toy packaging, loved a pun, the more groan-worthy the better.

Sadly, Hasbro never issued a version of the character in a green dress sewn from curtains. Some of her later uniforms were pretty hideous, though. Even more so than this one, if you can believe it. Fiddle-dee-dee! 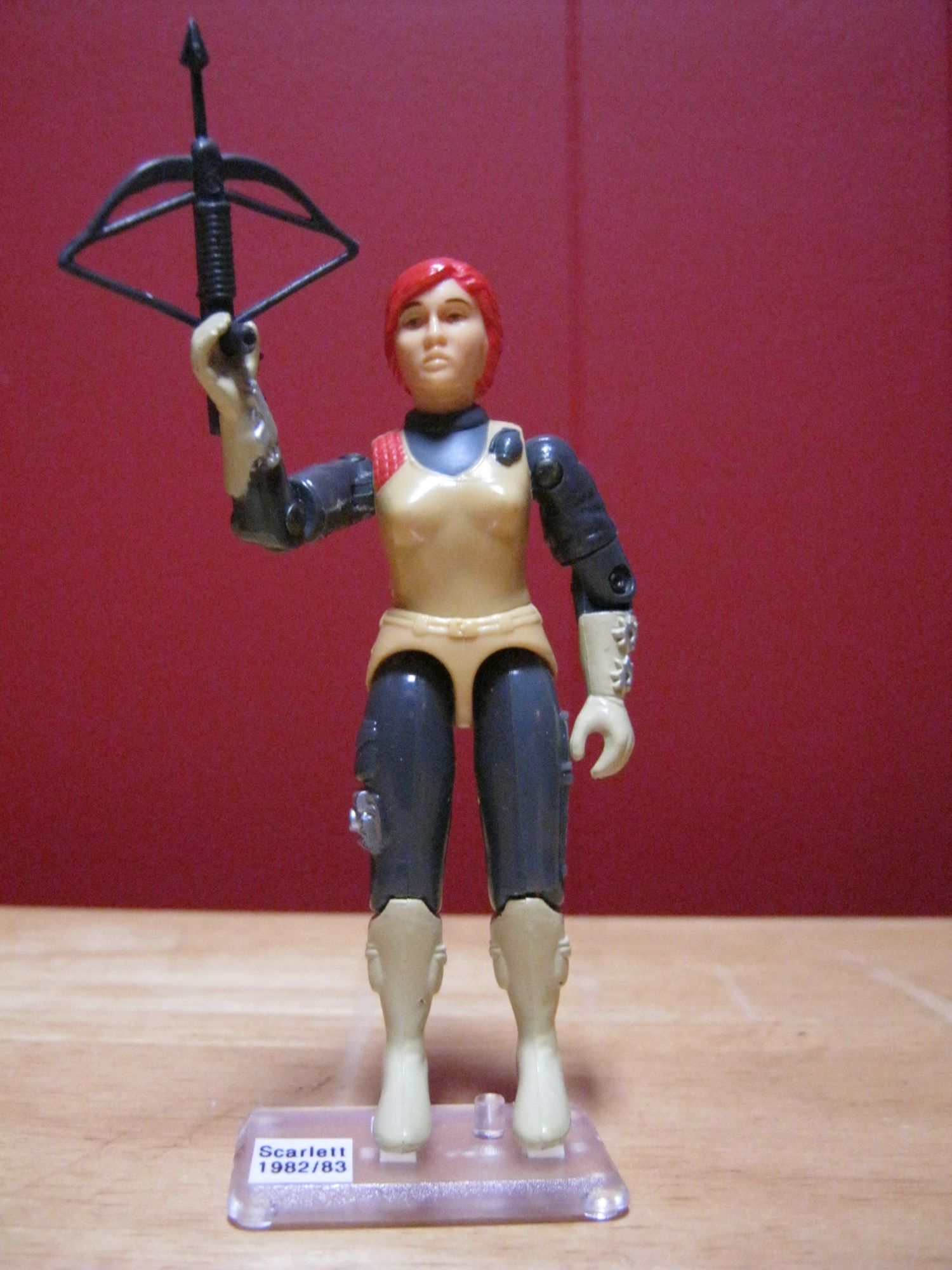 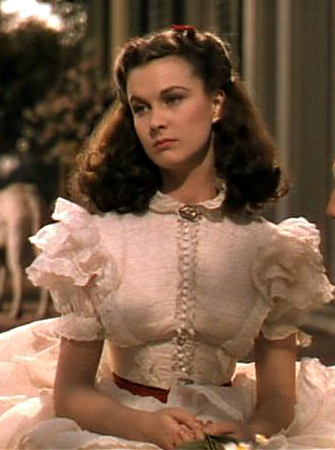 [Note: Technically, the photo above is the 1983 version of the figure, which modified the arm design to swivel at the bicep. I’m sure some nit-picker out there was dying to call me out on that.]

This one’s pretty blatant. By 1985, Hasbro had given up much pretense that G.I. Joe was supposed to be a realistic military outfit. One of the sillier characters added that year was the “Silent Weapons” expert Quick Kick, who ran into battle shirtless and barefoot. That seems a bit impractical, if you ask me.

He’s obviously based on Bruce Lee – who, I would point out, actually did wear shoes in ‘Enter the Dragon‘. 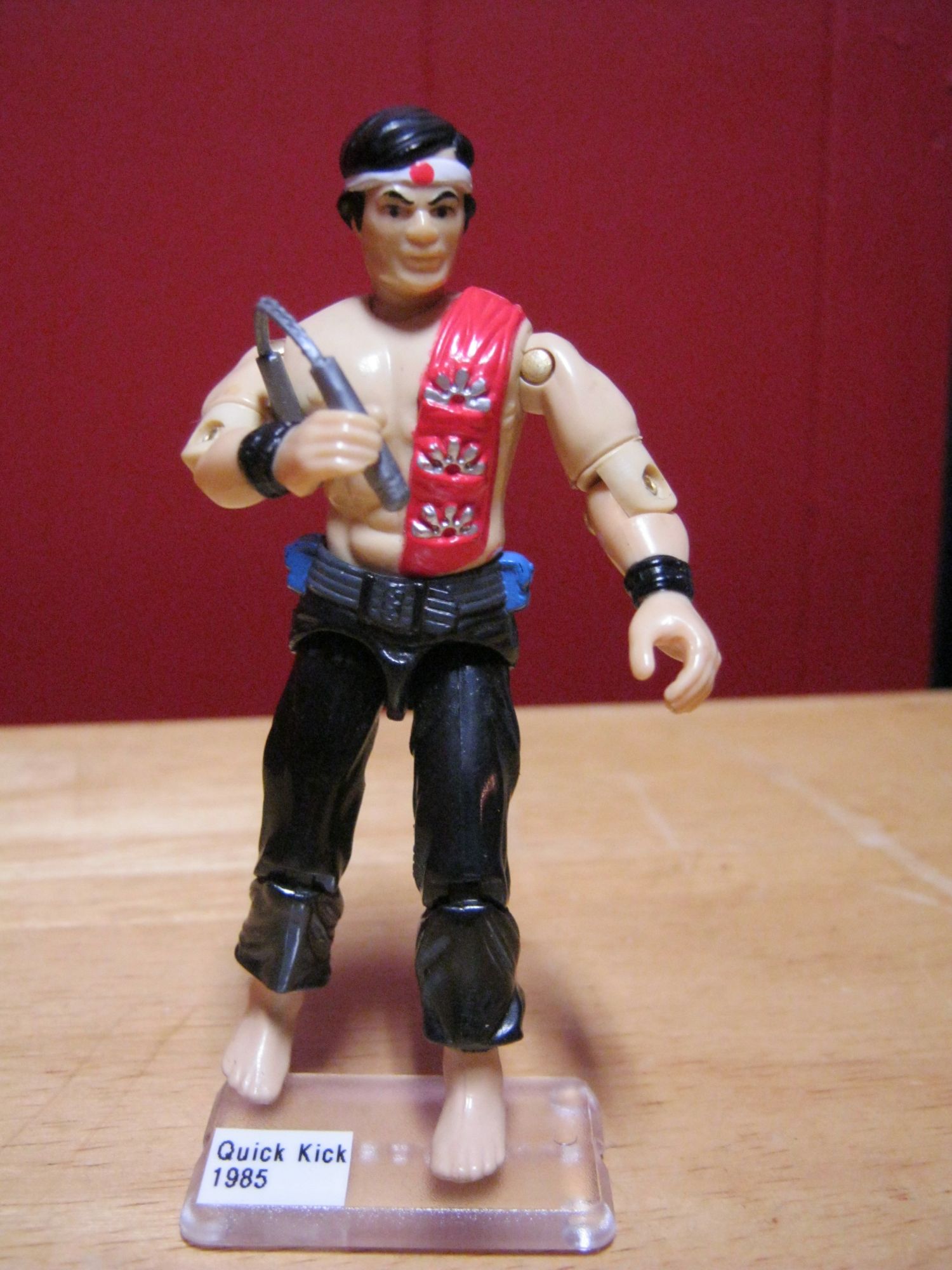 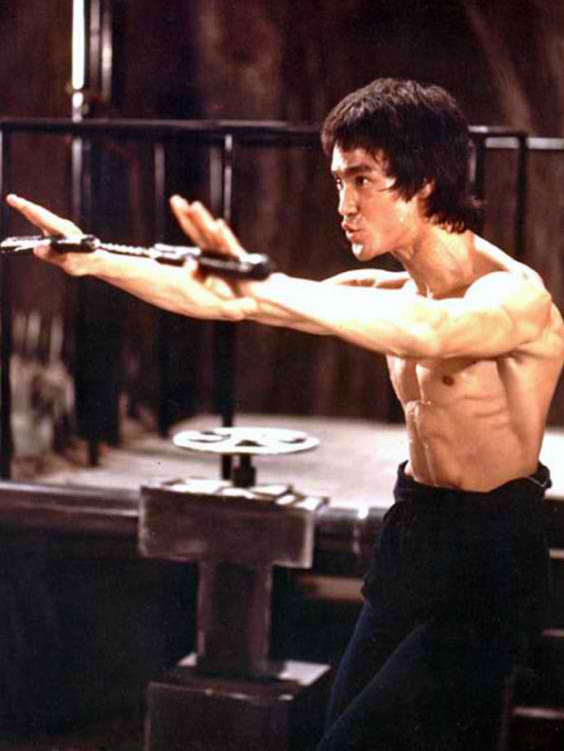 The Joe team’s crusty Navy seaman Shipwreck reminds me a lot of Jack Nicholson in ‘The Last Detail’. Sure, Hasbro gave him a full beard rather than just a mustache, but the character’s depiction in both the comic book and cartoon was more than a little bit of a Nicholsonian smartass. I’m confident that this was intentional. 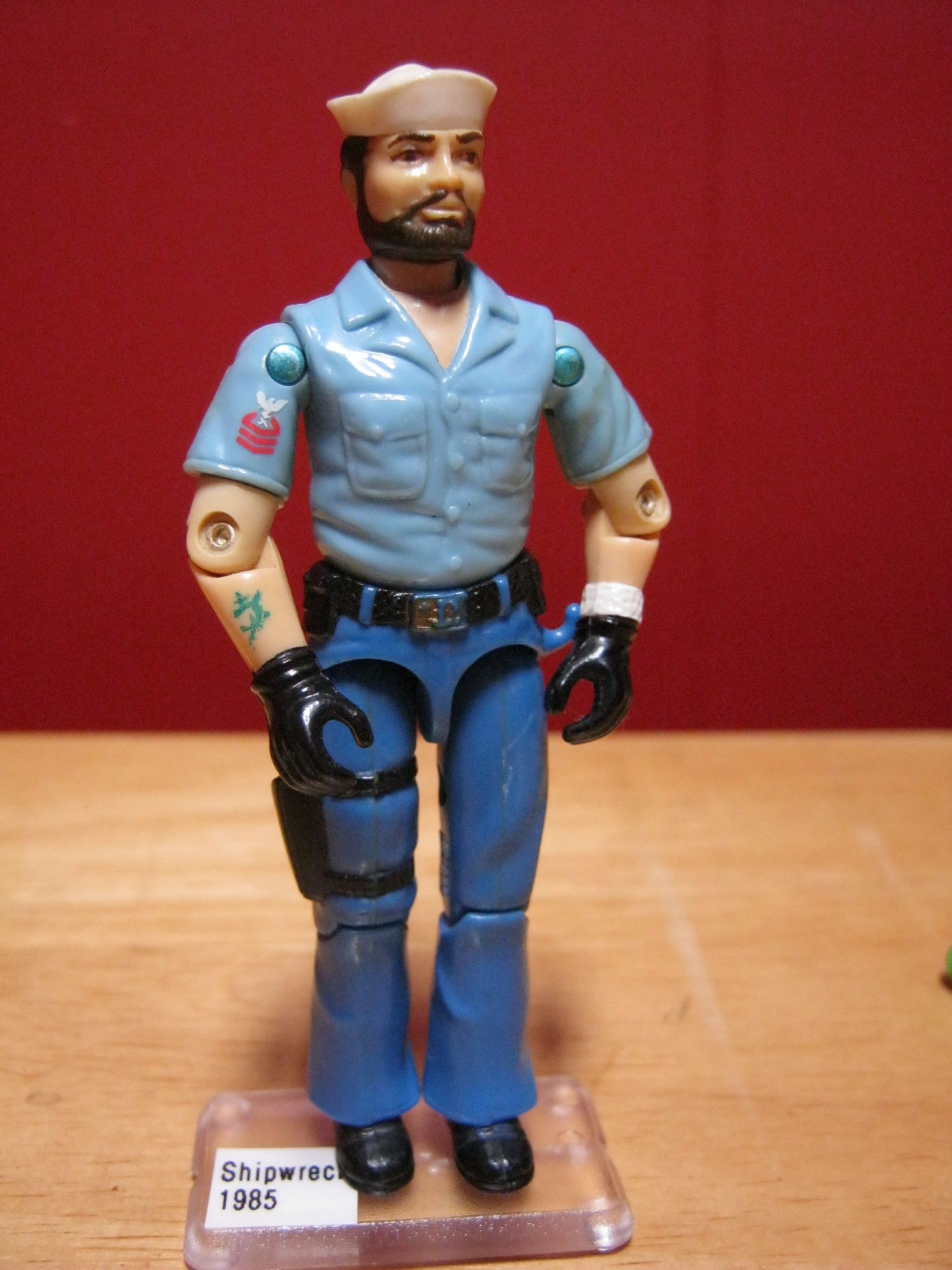 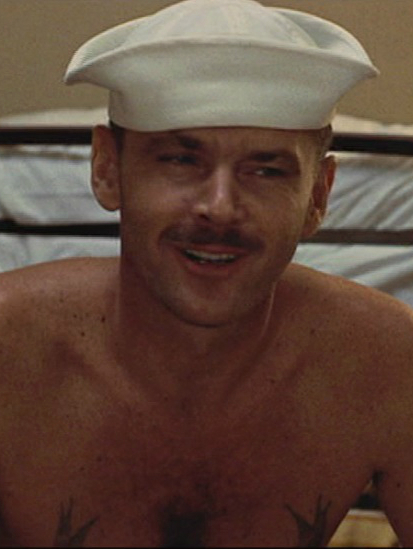 On the villain side of things, Hasbro first introduced the Dreadnoks, a band of renegade outlaw mercenaries who worked for the evil Cobra organization, in 1985. Initial members were very broad caricatures of biker punks, but 1988’s Road Pig (I guess the phrase “road hog” was already trademarked by someone else) looks very specifically like a castoff from ‘The Road Warrior‘. 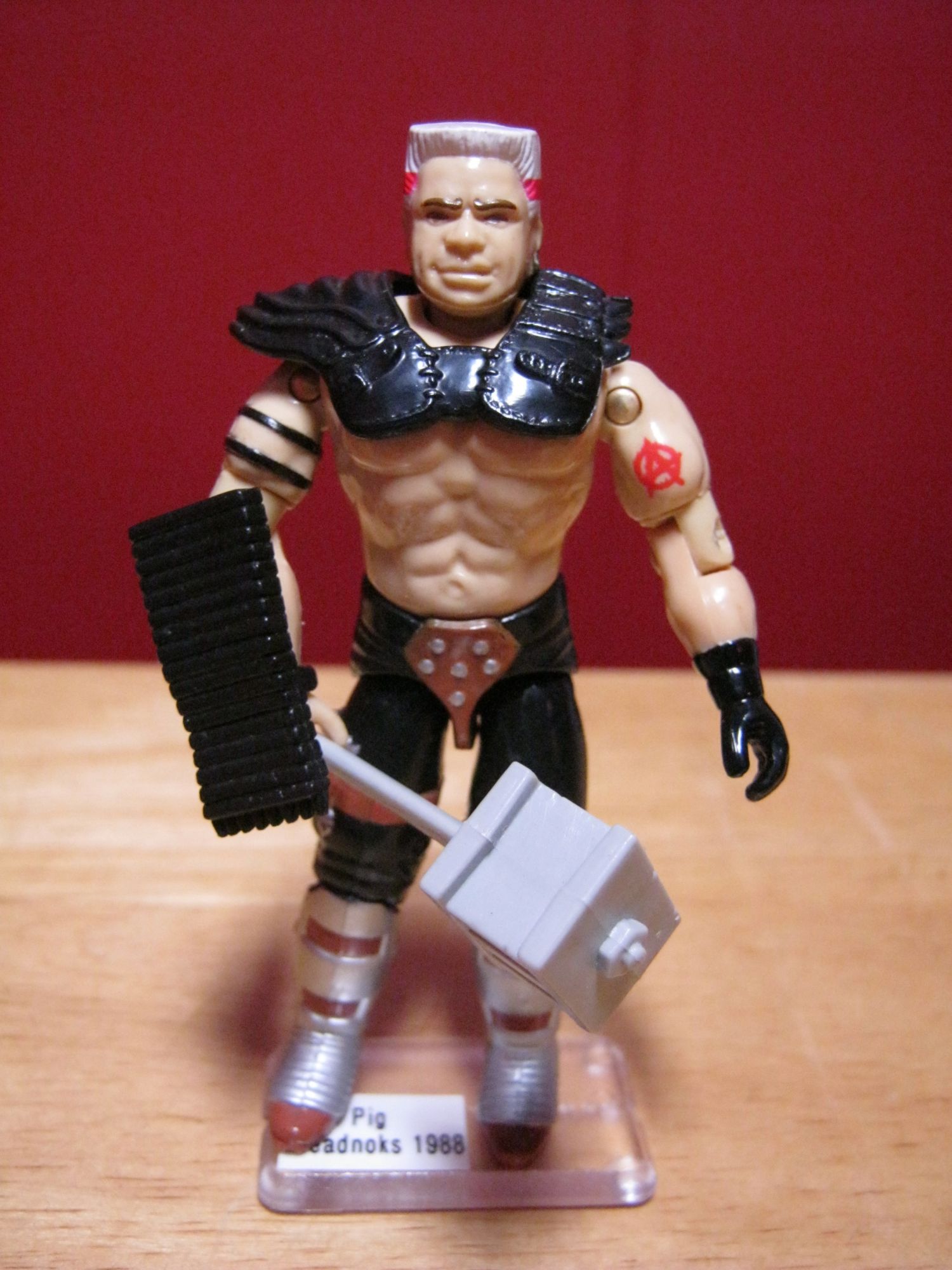 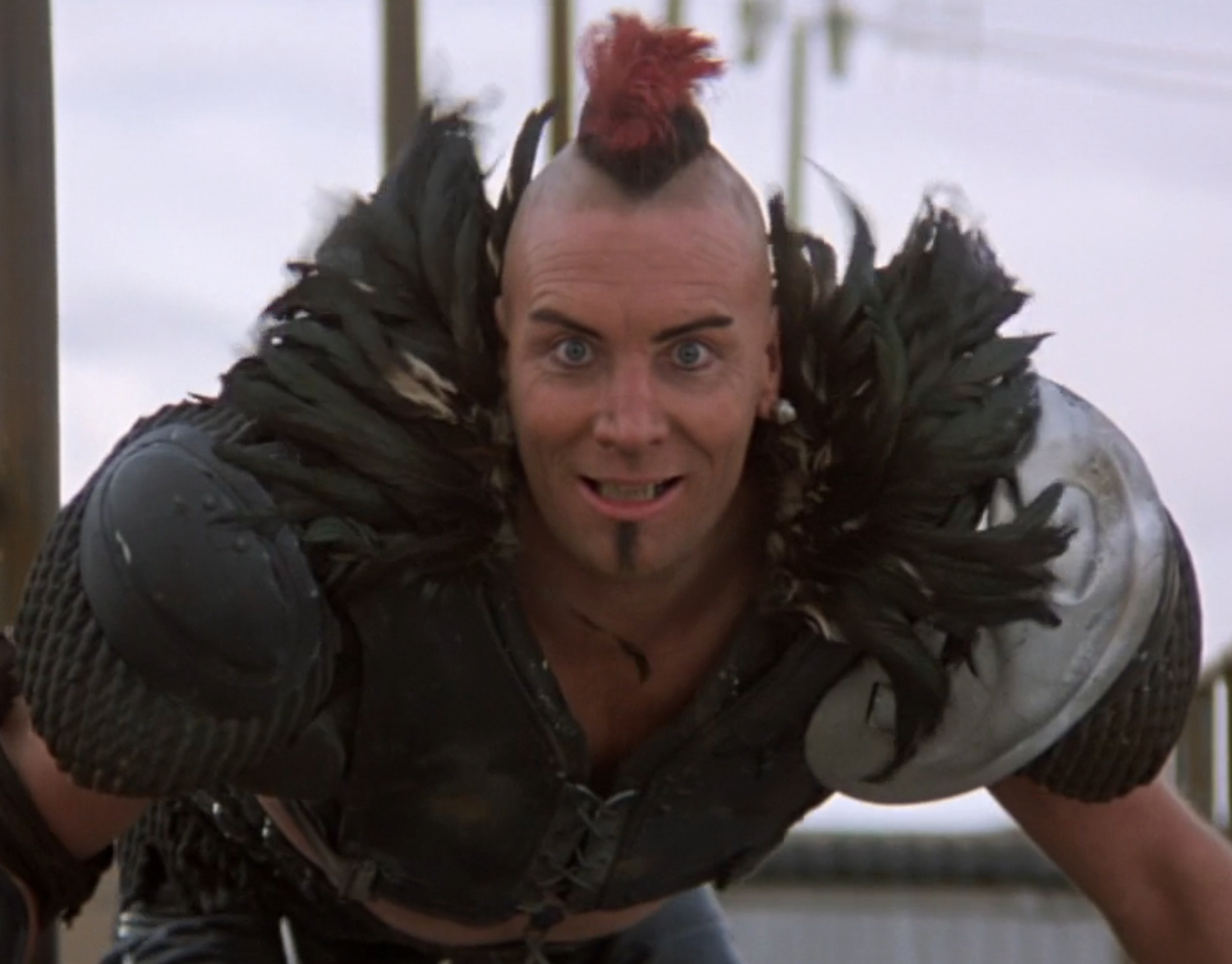 In the 1980s, the year 2000 sure seemed so very far away. The G.I. Joe team’s “Battle Force 2000” subset was a special division equipped with futuristic high-tech hardware. It shouldn’t be too much of a surprise, then, that some of the members look like they stepped right out of sci-fi movies.

Dodger here, for example, looks very much like a Colonial Marine from ‘Aliens‘, right down to the little video camera on his helmet. 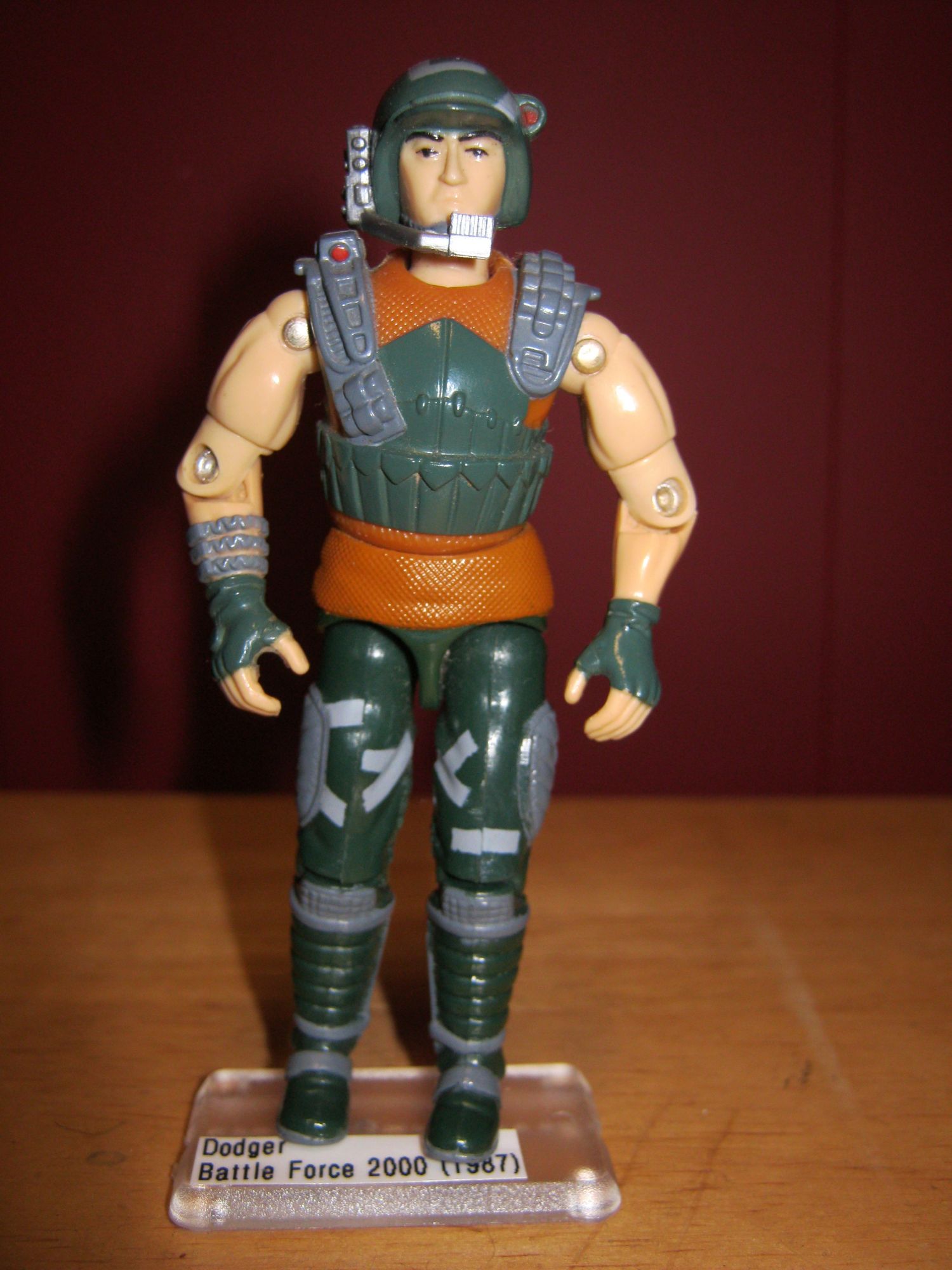 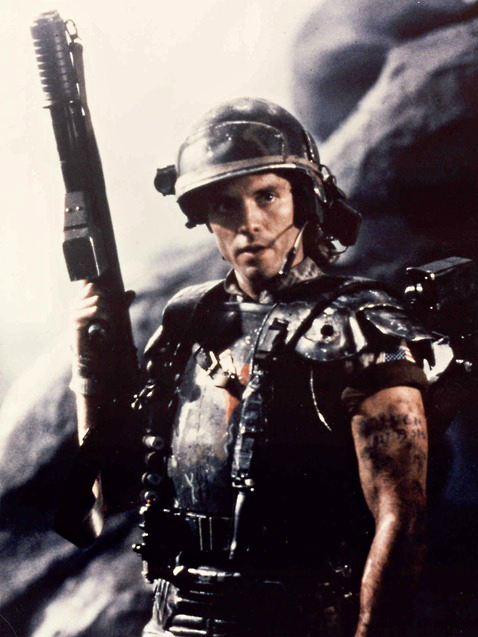 As a character, Repeater has a pretty basic military-looking uniform that may not be based on a movie character, but his “steadi-cam machine gun” was definitely also lifted directly from ‘Aliens’. 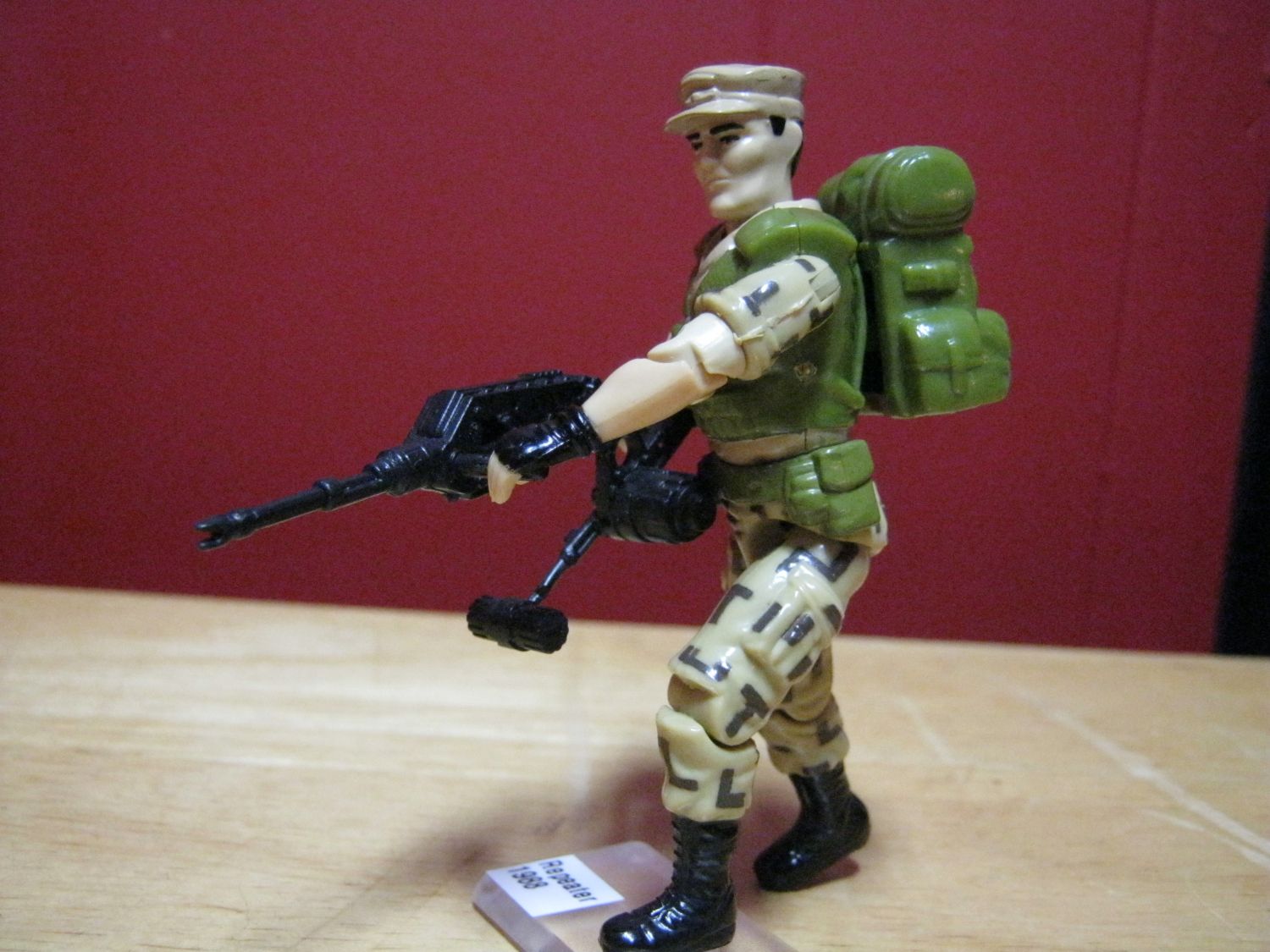 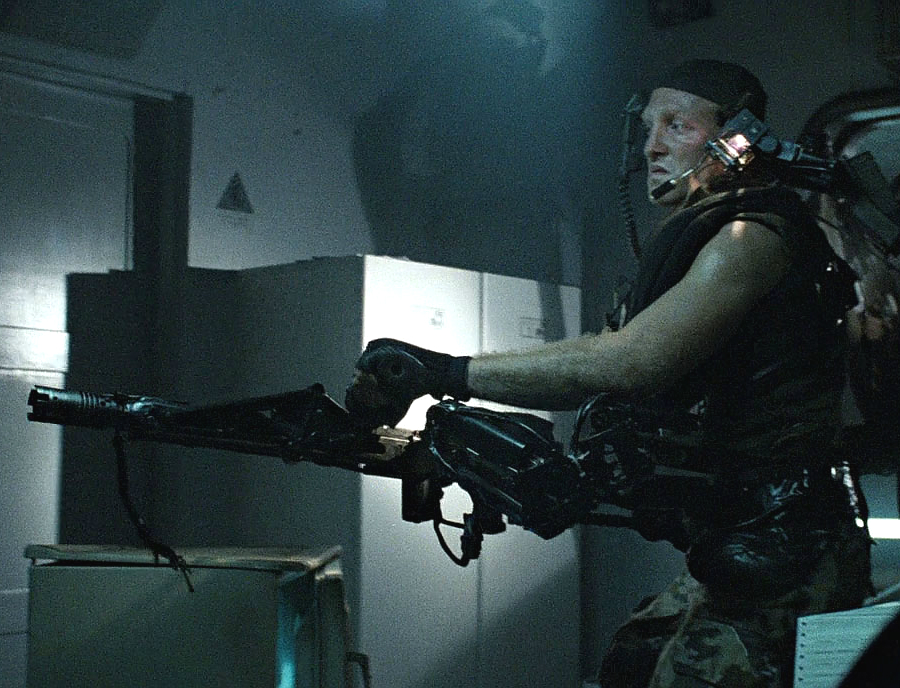 Every time I look at Blaster (another Battle Force 2000 weirdo), I see the Endor forest camo uniforms that the rebels wore in ‘Return of the Jedi‘. 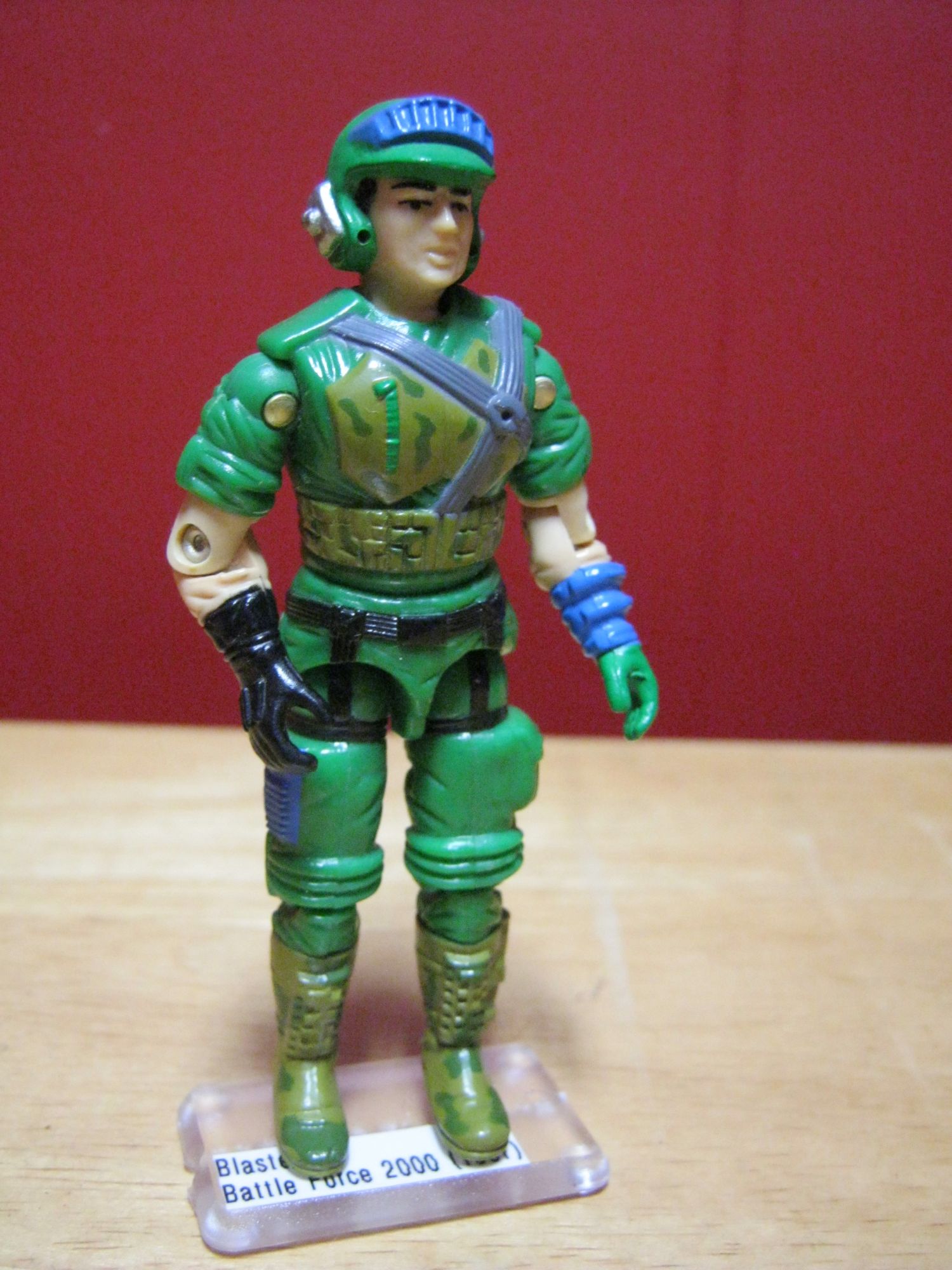 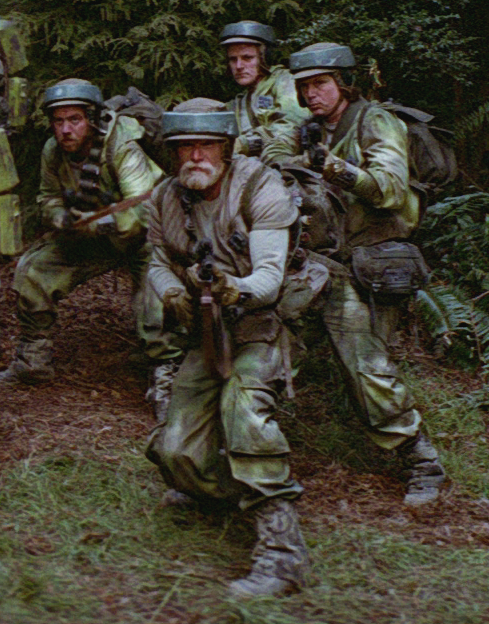 At some point, an executive at Hasbro thought it would be a neat idea to expand the G.I. Joe concept beyond just combatants to other military support roles. Consequently, some fairly useless characters got added to the team. Scoop is described as a “Combat Information Specialist.” Essentially, he’s an embedded news reporter who lugs around a huge 1980s video camera on his shoulder. Because a character whose job is to stand off to the sidelines and watch other soldiers fight would be difficult to sell to kids looking to stage epic battles on their bedroom floors, the action figure also came with a sidearm pistol.

The character’s file name Leonard Michaels is meant to be a reference to NBC journalist Mike Leonard. I’m sure he was touched at the tribute, but I don’t imagine that the toy sold very well. 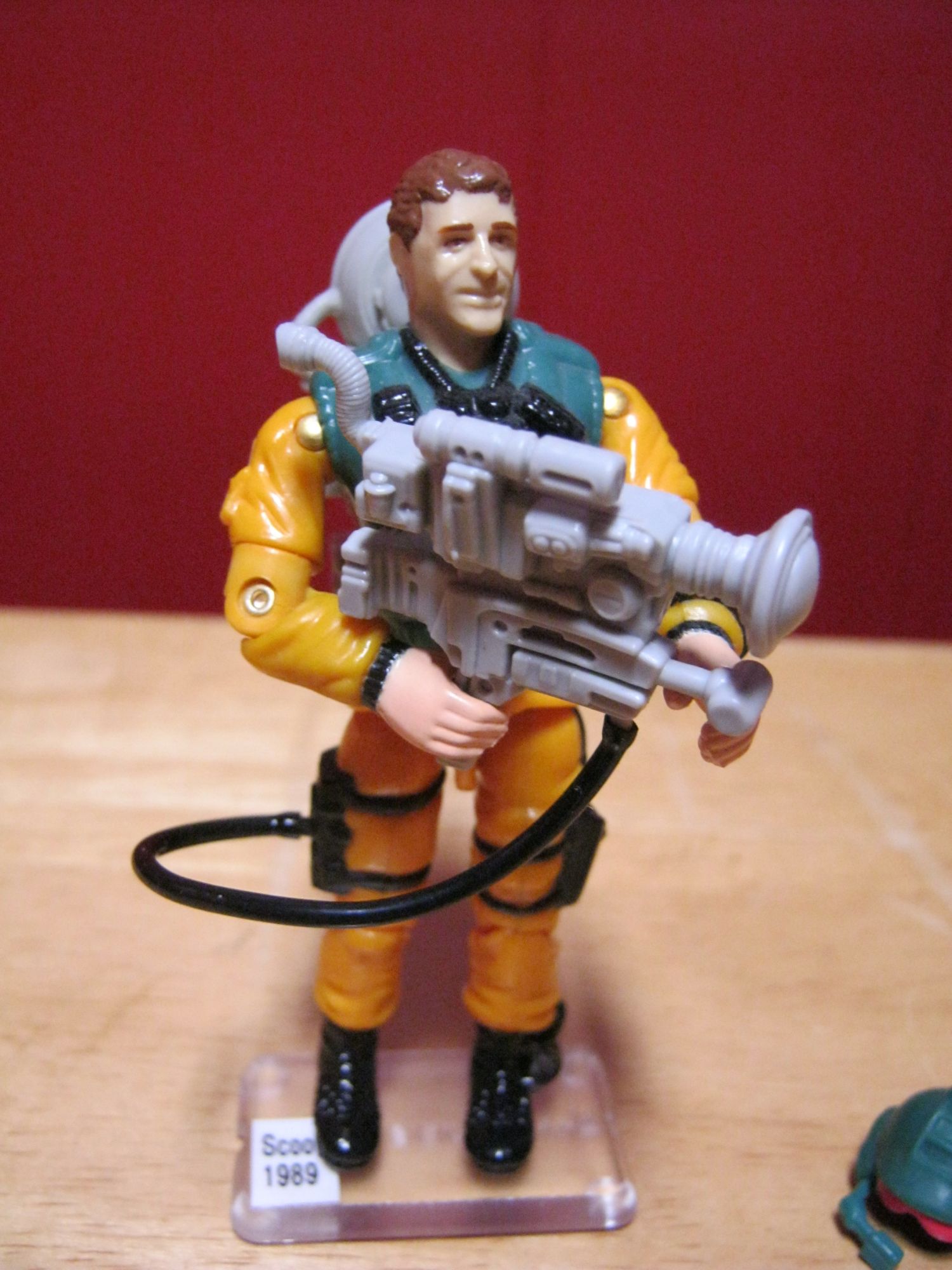 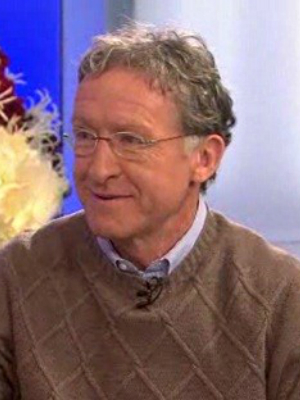 These next few may seem like stretches, but I think there’s some connection to be made.

Admittedly, Wild Bill seems to be a strange hodgepodge of army and Old West gunfighter themes, and he doesn’t particularly look like the character I have in mind. However, in that he’s an Air Cavalry helicopter pilot who likes to wear a cowboy hat and sunglasses, I can’t help but see some of Robert Duvall’s Colonel Kilgore from ‘Apocalypse Now‘ in him. 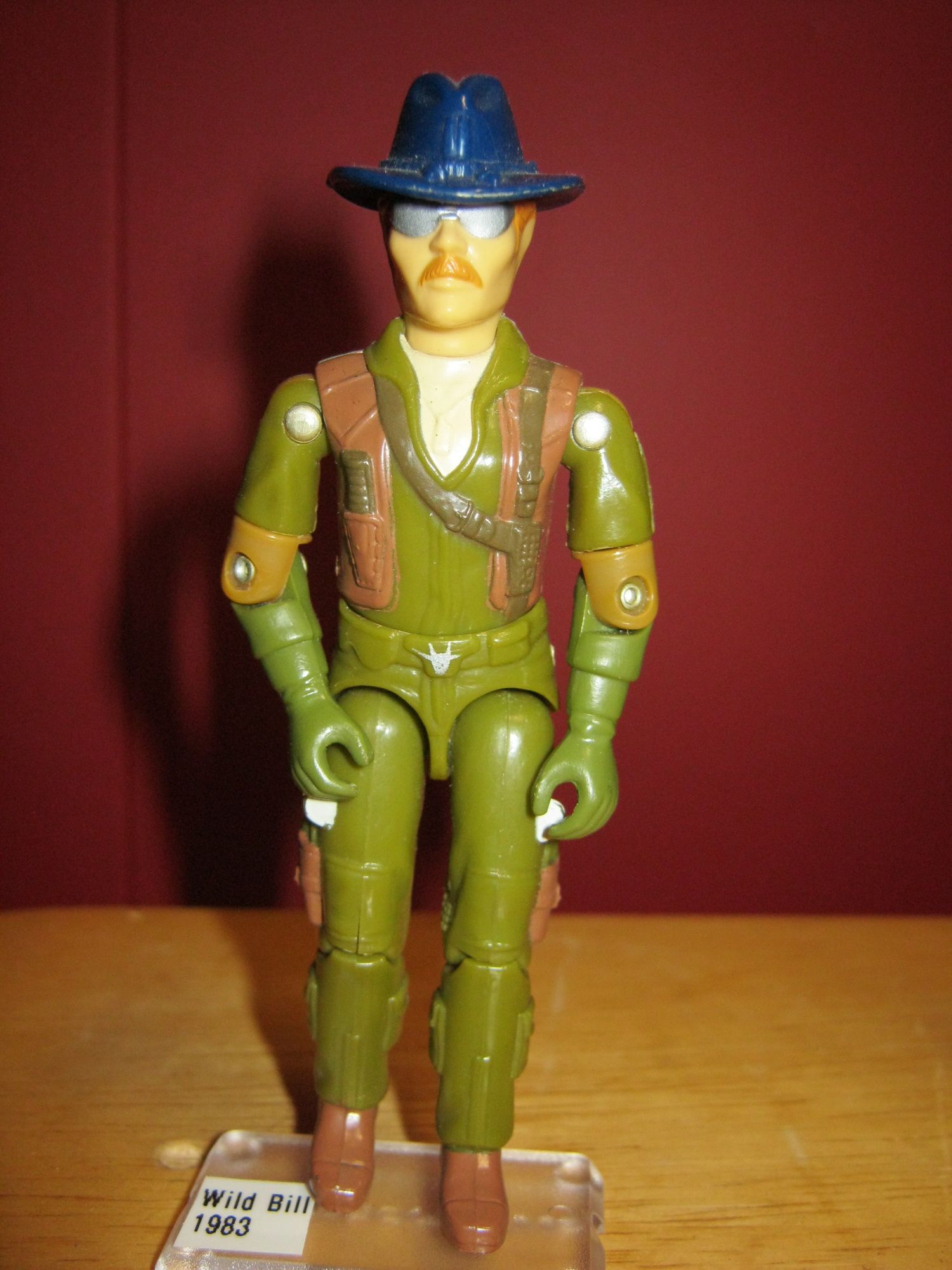 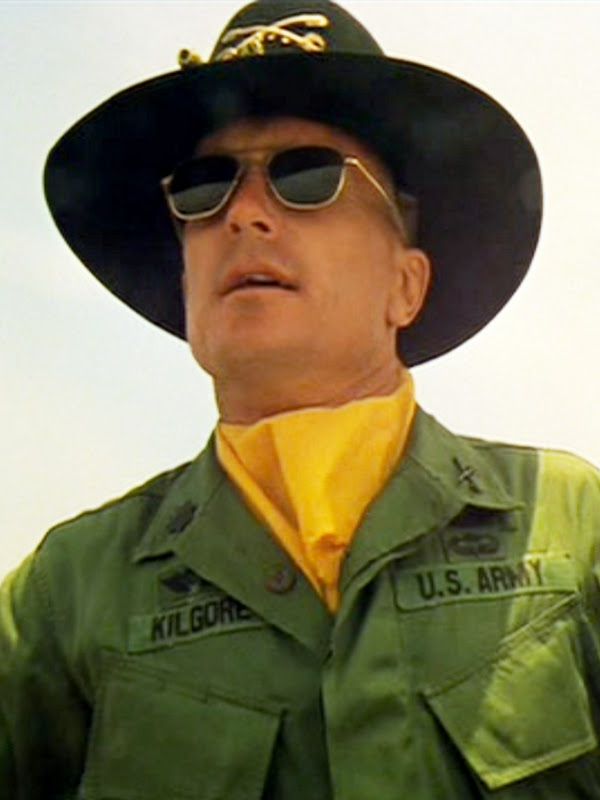 What a thoroughly weird action figure this is. Chuckles is supposed to be an undercover operative. Undercover with what, I’m not exactly sure. What kind of undercover mission would require him to wear a loud floral print shirt?

While certainly not an exact match, I always got a ‘Miami Vice’ vibe from the character. Don Johnson may have favored solid pastels as opposed to prints, but he likewise wore some pretty silly clothes while undercover busting crime. 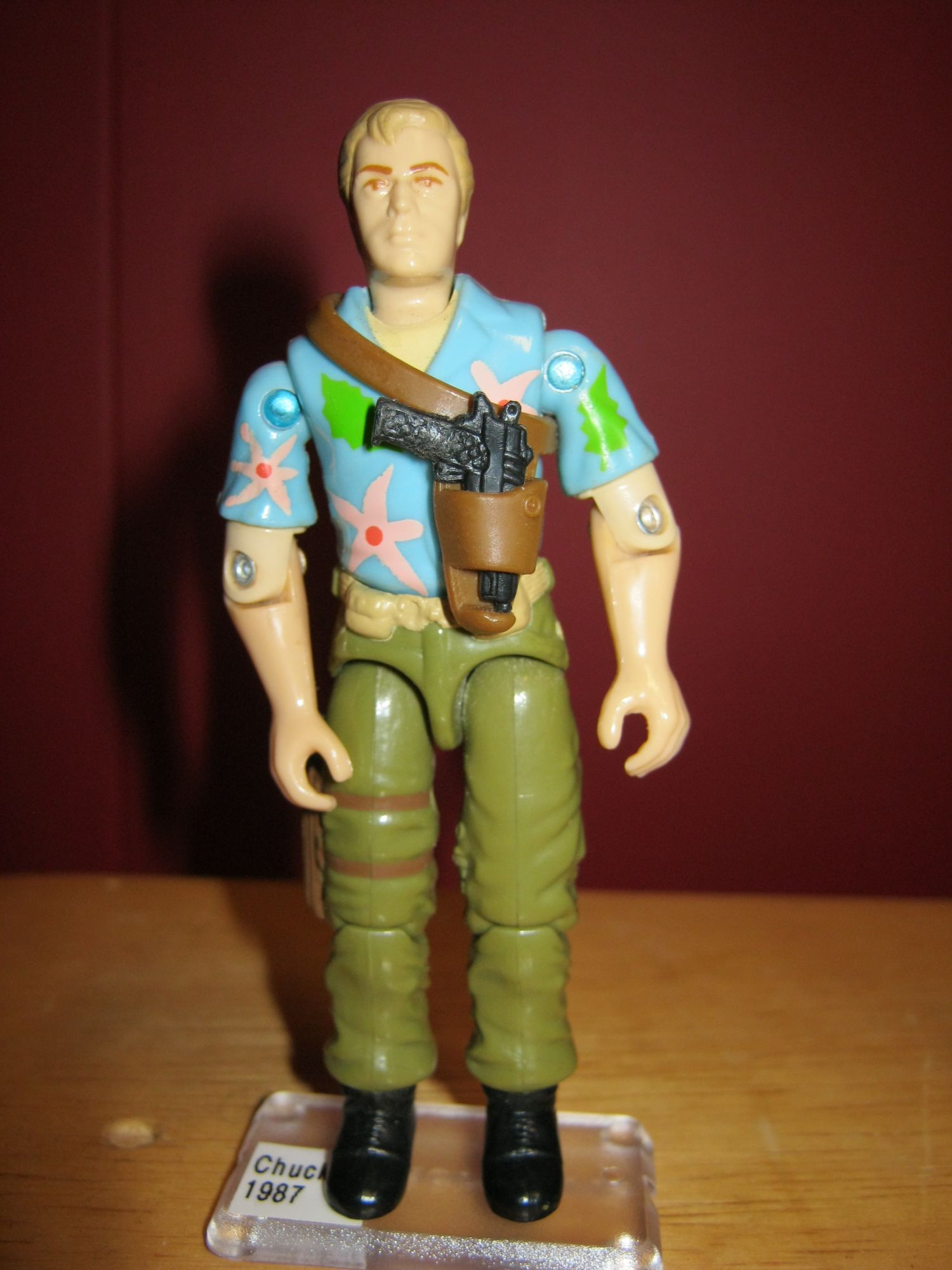 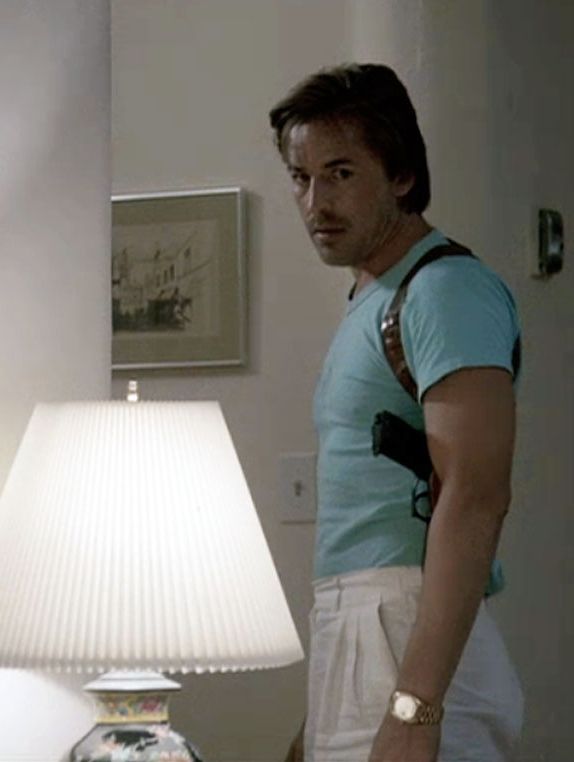 I need a little help with this one. With his goofy pink and gold uniform, cybernetic eye and pet vulture, Voltar is one of the most ridiculous villain characters in a toy line populated with a lot of really ridiculous characters. His file card offers no indication for why he would dress this way. (The character bio very likely may have been written without seeing a mockup of the design at all.)

This figure screams classic 1970s or 1980s anime, like an evil space pirate out of ‘Captain Harlock’ or something, but I don’t know enough anime to place the specific character. Does he ring a bell for one of our readers? 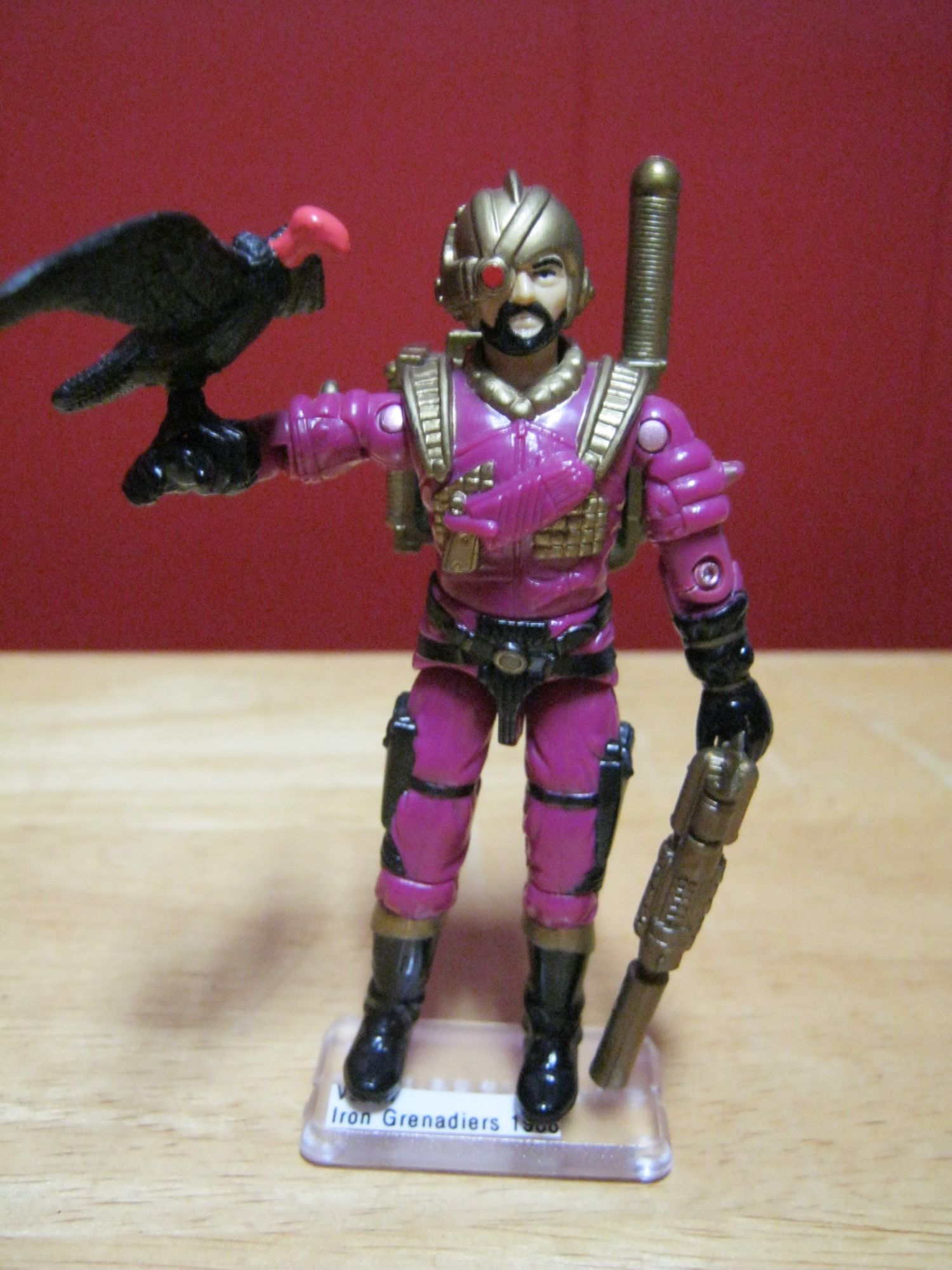 I saved the most absurd G.I. Joe movie knock-off for last. Yes, this is an official product (not a bootleg) that was released under the G.I. Joe label – albeit only in India, where Funskool licensed the G.I. Joe brand from Hasbro and released a number of… interesting… exclusive toys.

“Superhero” was awkwardly cobbled together from the molds of three unrelated characters and then painted into the unmistakable colors of Superman’s costume, including his iconic “S” logo. The torso, arms and legs came from a scuba diver figure, and if you look closely, you can tell that Supes is wearing a wetsuit.

Unfortunately, the figure’s packaging did not include a file card or provide any sort of bio, so we’ll never know the character’s backstory. Is he an actual superhero with super powers, or just a nutjob who dresses like one? You’ll have to decide that for yourself. 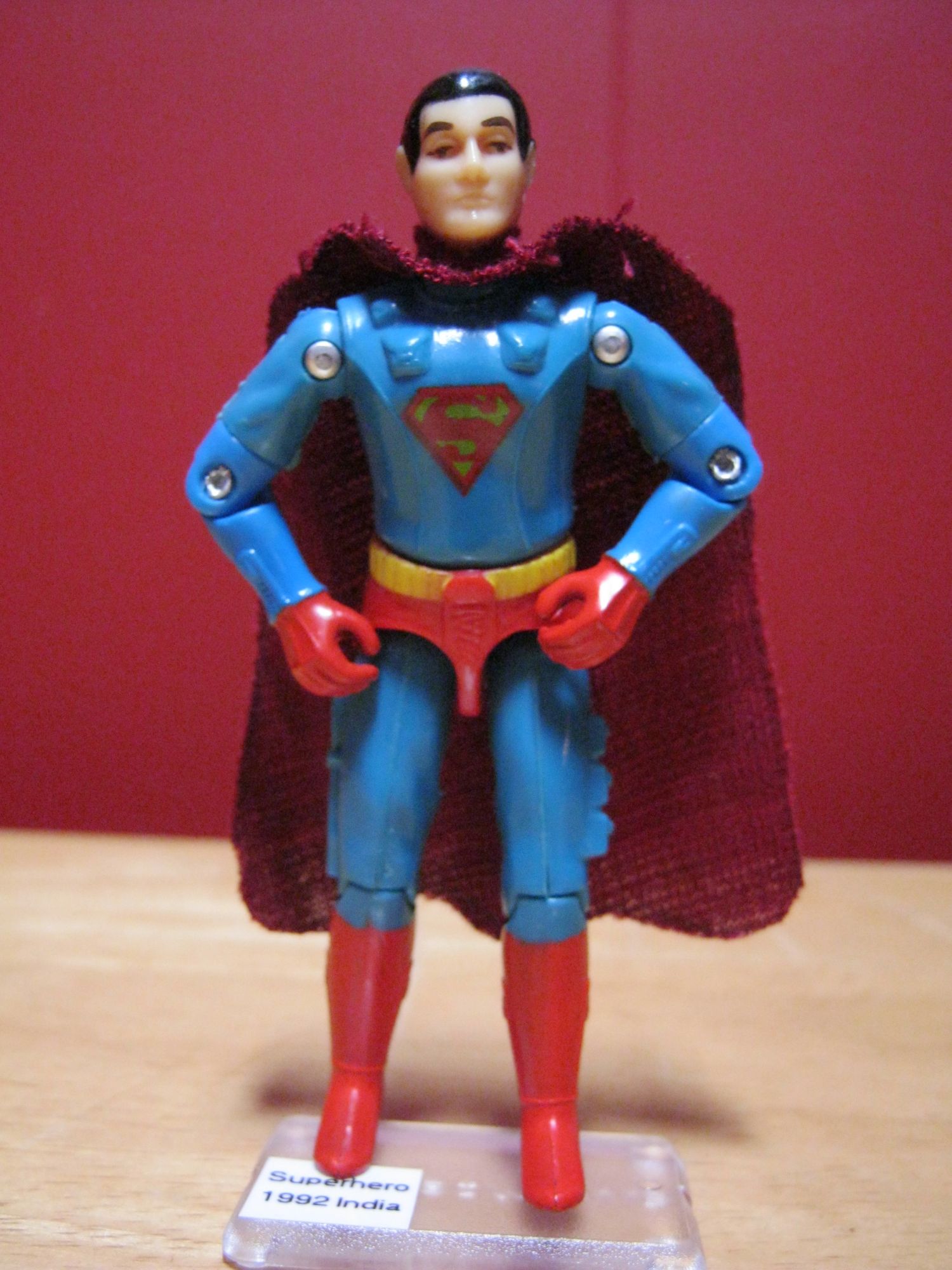 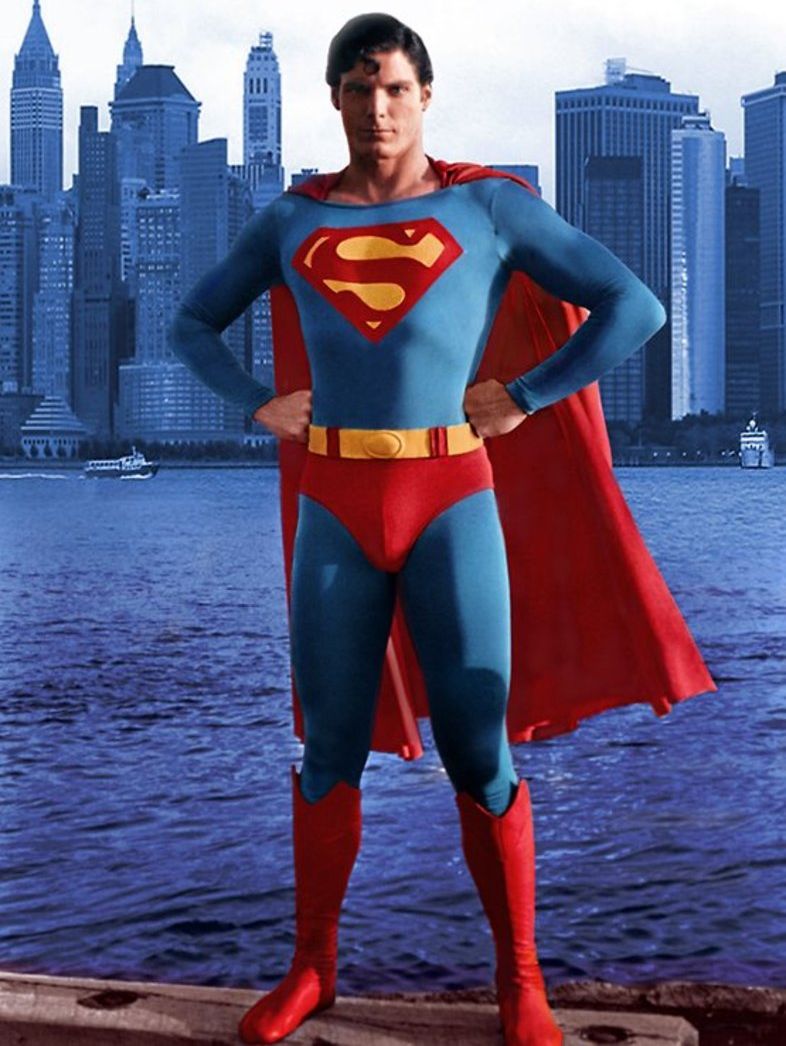 Now you know, and knowing is half the battle.