Late last week, Warner Bros. announced what may be the most ridiculously ostentatious Blu-ray collector’s edition ever conceived: a 30-disc box set called the ‘Middle-Earth 6-Film Collection’ containing all three ‘Lord of the Rings’ and all three ‘Hobbit’ movies housed on an elaborate bookshelf contraption. It can be yours for the low low price of just $799.99. Have you already gotten your order in?

The ‘Middle-Earth Collection‘ consists of all the Extended Edition Blu-rays previously released for every ‘Rings’ and ‘Hobbit’ movie, including a combined bajillion hours of behind-the-scenes bonus material. [Update: The set apparently only includes the Extended versions, not the original theatrical cuts, and also omits the 3D editions of the ‘Hobbit’ films.]

From what I can tell (though I’m no expert on the franchise), it does not have any new on-disc content that wasn’t previously released. However, it has a lot of physical paraphernalia such as a big sketchbook, some artwork reproductions, and a shelf to store the whole thing on. 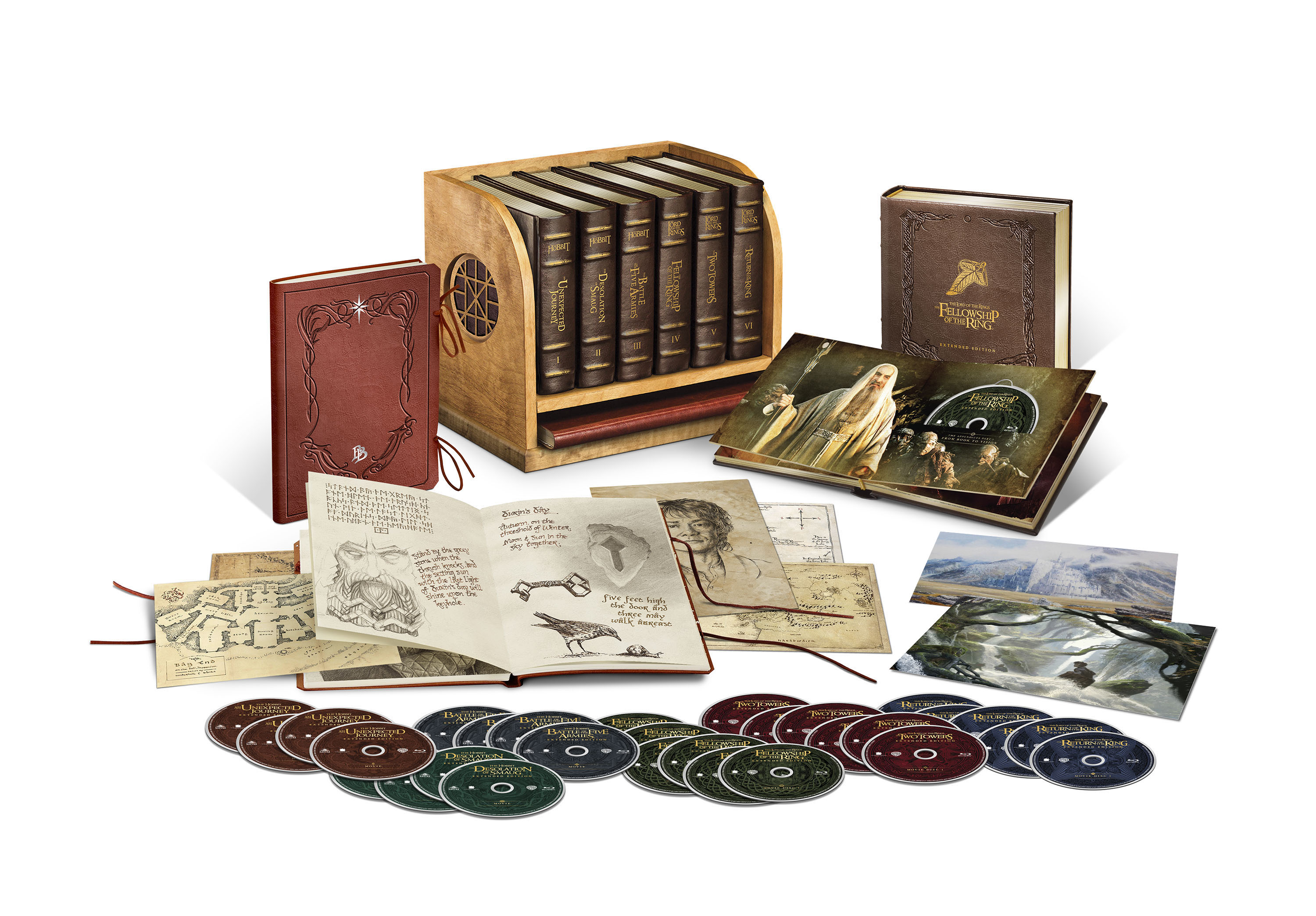 For what it is, it’s a handsome package. If you’re into these sorts of oversized collector’s editions, I can see this one being very appealing. The $800 price tag, however, seems gallingly outrageous, especially since most fans already own the individual releases of most (if not all) of these Blu-rays, and the set leaves out the theatrical cuts and 3D versions.

As my grandma loves to say, a fool and his money are soon parted.