Okay, okay, maybe that’s not in quite the same league as The Toybox, which pits Denise Richards and Mischa Barton against a haunted RV. Still, “bank heist interrupted by bloodthirsty ghosts” has to rank among the ten best elevator pitches I’ve heard all year.

Michael (Scott Haze) owes a whole lot of money to all the wrong people. He’s in desperate need of cash. Banks have money. His sisters (Taryn Manning and Francesca Eastwood) are bank robbers. You’re starting to see how all these pieces fit together. 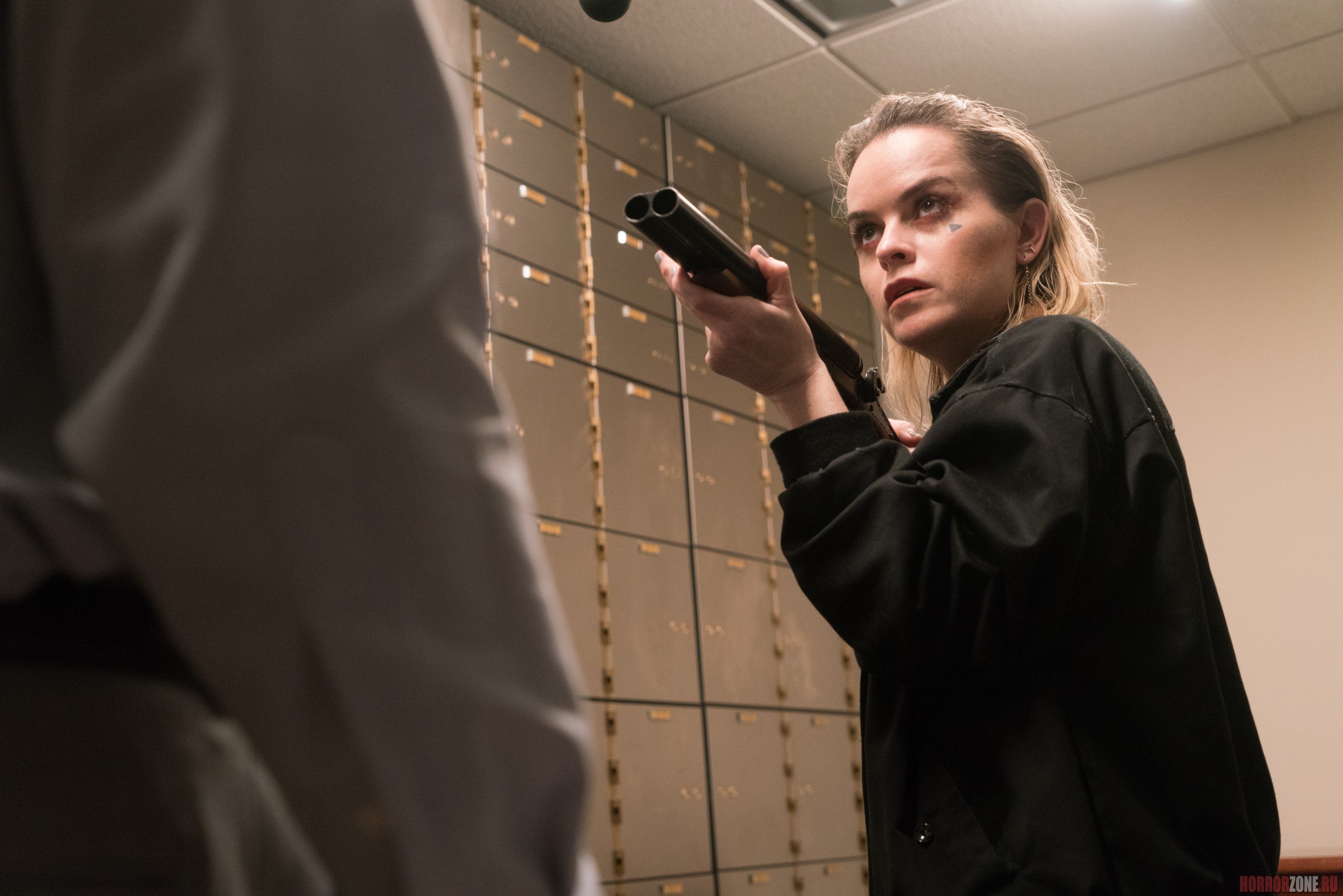 The quasi-sophisticated plan that the Dillons Three (plus the Safecracker and White Supremacist Muscle) have concocted goes off without too many hitches. They trip a silent alarm and are staring down a dead body, but whatever. They got what they came for. After cleaning out the registers and that shiny new vault, they’re waltzing out of here with $70,000. Seventy large. Seventy-kay. Seven hundred big ones.

Wait, how much is that divided by five? Okay, that’s not gonna work. Thankfully, assistant-to-the-bank-manager Ed (James Franco) is always there with a friendly smile and a helping hand. After de-tripping the alarms, he tells the gang where the real money is. The seventy-something-year-old vault in the basement houses some $6 million in cash. They have everything they need to drill into that old sucker too. As long as there aren’t any killer ghosts haunting the vault, this should be a cakewalk!

As irresistible as a head-on collision of heist and horror sounds, The Vault is better left unopened. For instance, I think we’re meant to be dazzled by the elaborate scheme that unfolds throughout the first act, but it boils down to: 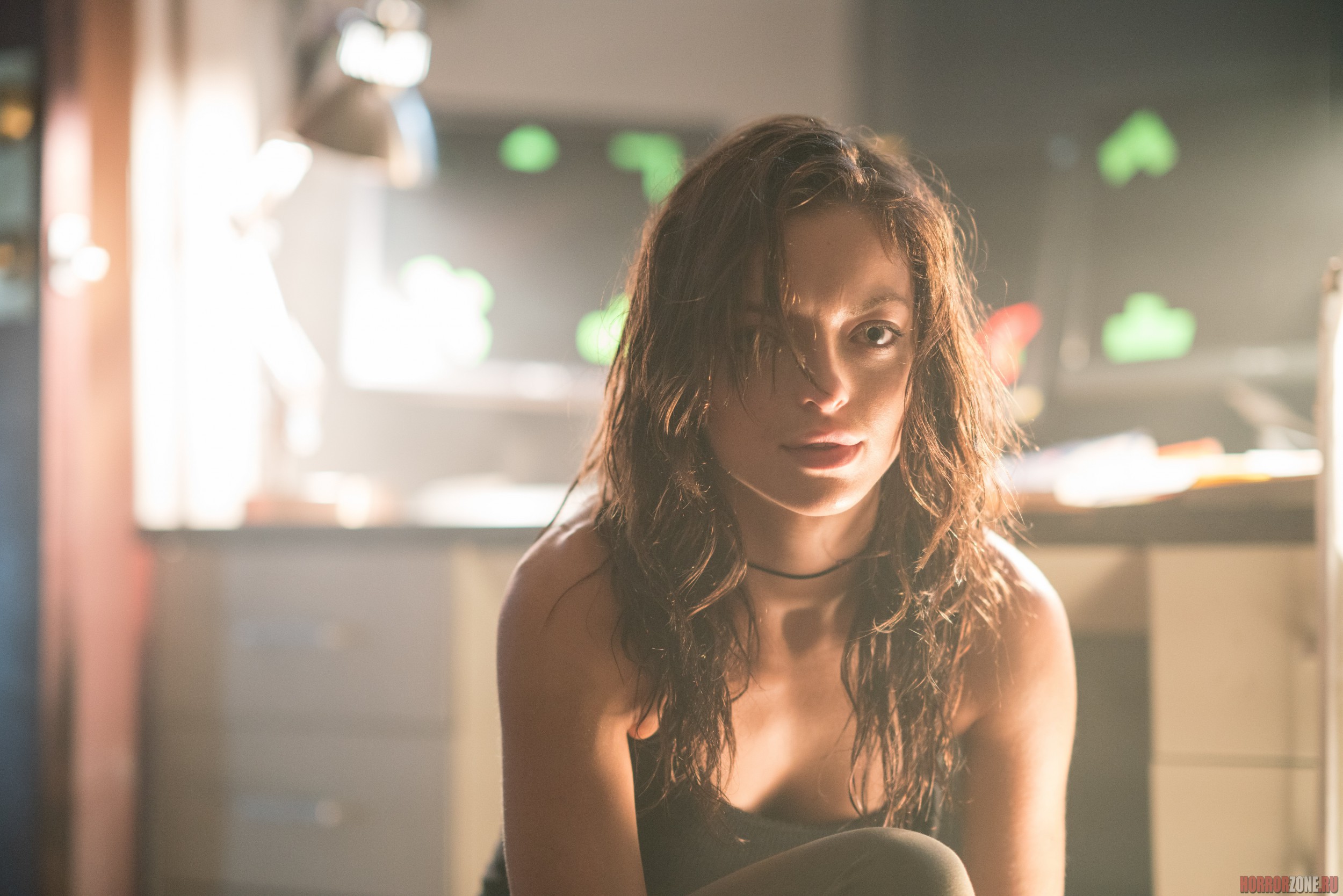 Like everything about The Vault, there’s the germ of something here, but it drags on for way, way, way too long and is executed poorly besides. Did you know that Michael, bank robber or no, is a good guy at heart? If you’re unsure, there’s a seventeen hour scene with a hostage who has to pee (because of course there is) droning on endlessly about it. “You’re a good man. You don’t want to hurt anyone. I know you don’t want to hurt anyone on account of you being a good man: the kind of good man who doesn’t want to hurt anyone. I know you are. A good man, that is.” Okay, that may not be an exact quote, but still: make the bad lady stop!

The robbers fail to transcend their archetypes: the schemer, the hothead, the good man who doesn’t want to hurt anyone, and the two who don’t really matter. They’re so inattentive that they’re caught off-guard when one of ’em peeks out the window to discover that they’re completely surrounded. How can an army of cops roll in, sirens flashing, without anyone noticing? Their hostages are even more forgettable. No one has a personality or arc that demands more than a couple of words (if that) to fully map out. The supporting cast is almost completely interchangeable: the prick, the old lady, the human Quaalude, yadda yadda yadda.

The heist half of the equation doesn’t amount to much more than screaming threats and waving a gun around. The Vault approaches horror as underlit photography, over-caffeinated quick cutting, and flickering lights. It’s genuinely a struggle at times to discern what exactly is going on. Thankfully, if you’re unsure whether or not you’re supposed to be scared at any given time, the booming stings in the score will clue you in. 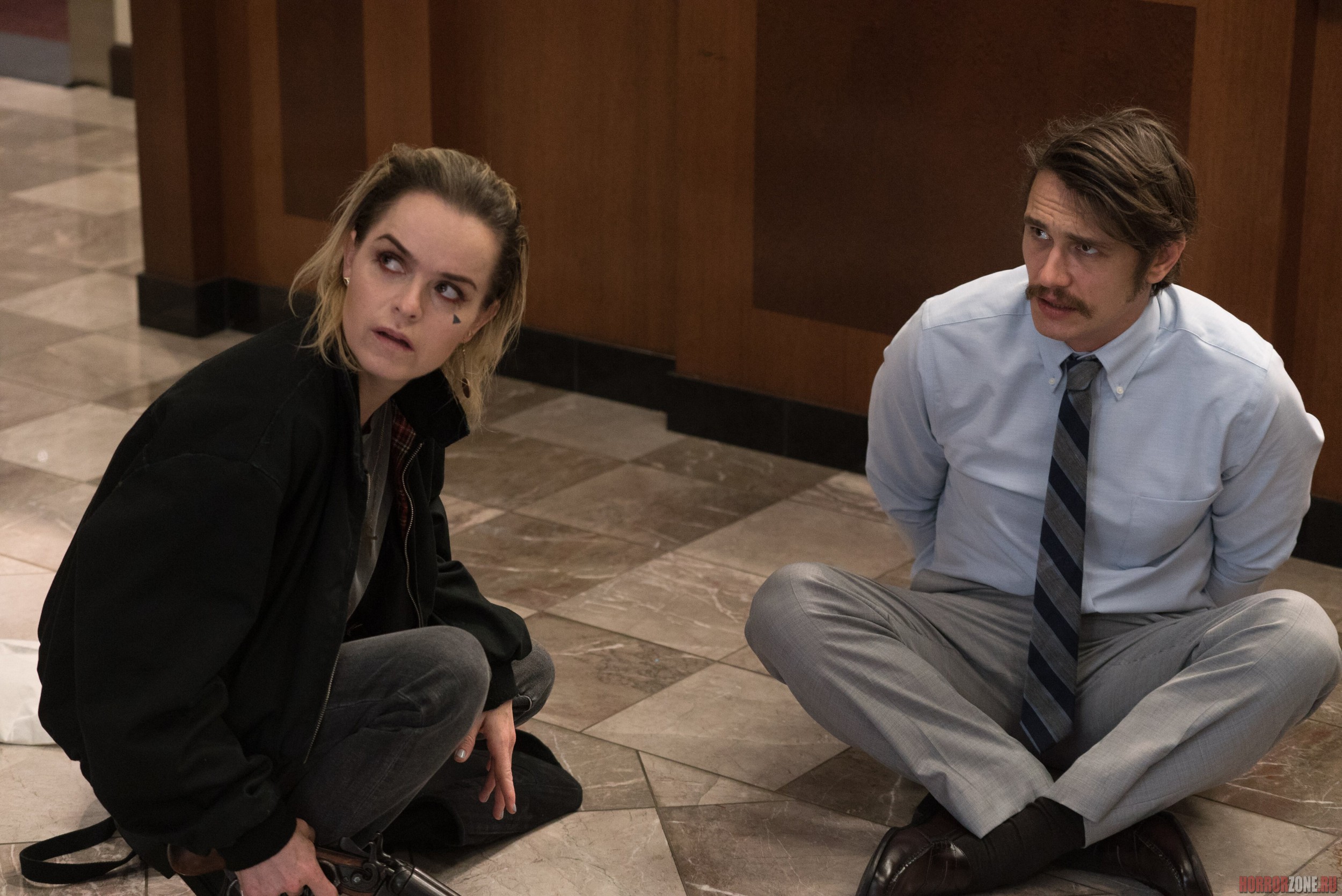 And, of course, there’s an unnecessarily long coda with one final score. Once the opening titles are out of the way, you’ll almost certainly have figured out the film’s big twist in – no exaggeration – the first 60 seconds. The backstory doesn’t amount to much more than “Some really, really bad things happened, and I know it doesn’t make any sense, but whew! Bad things!”

A horror/heist hybrid about a haunted bank vault shouldn’t feel so paint-by-numbers. The Vault founders as a horror flick. It bungles the whole heist thing. The performances are dreadful, the writing’s worse, and I guarantee you could find better ways to squander 91 minutes on Netflix than this.