Hey, put down that jumbo-sized can of Raid! That’s why this sorority house is swarming with colossal insects in the first place.

Cami (Meghan Heffern) has long theorized that insects were once the dominant form of life on this planet: far larger and infinitely more intelligent than their modern-day counterparts. She’s dead certain that these prehistoric genes still lay dormant in bugs somewhere. So, naturally, she’s been genetically engineering creepy crawlies to try and flip those switches back on for the first time in hundreds of millions of years, without much success. It also probably goes without saying that Cami has been storing them in her bedroom at the Beta Upsilon Gamma house. 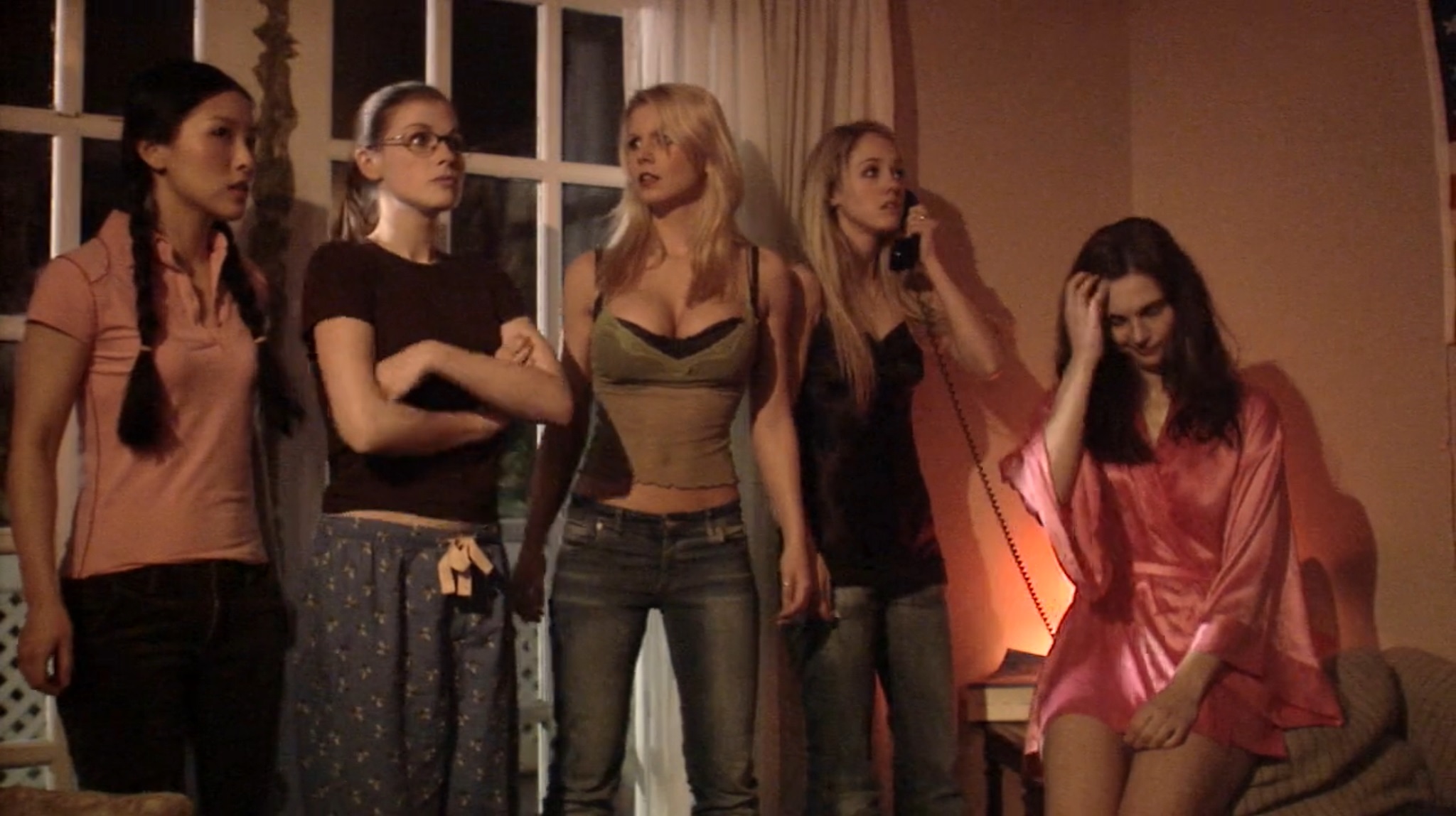 Cami’s sisters in BYΓ find her entomological obsession creepy enough, but when her mutant critters keep getting out…? Josi (Rhonda Dent) is fed up and sprays every last one of the buggers dead. Fade to black. Roll credits. Geez, ‘Insecticidal’ is the far and away the shortest movie I’ve written about in this column yet!

Never mind. Turns out that Josi’s insecticide was the missing piece of this genetic puzzle. Not only are Cami’s test subjects not dead, but: 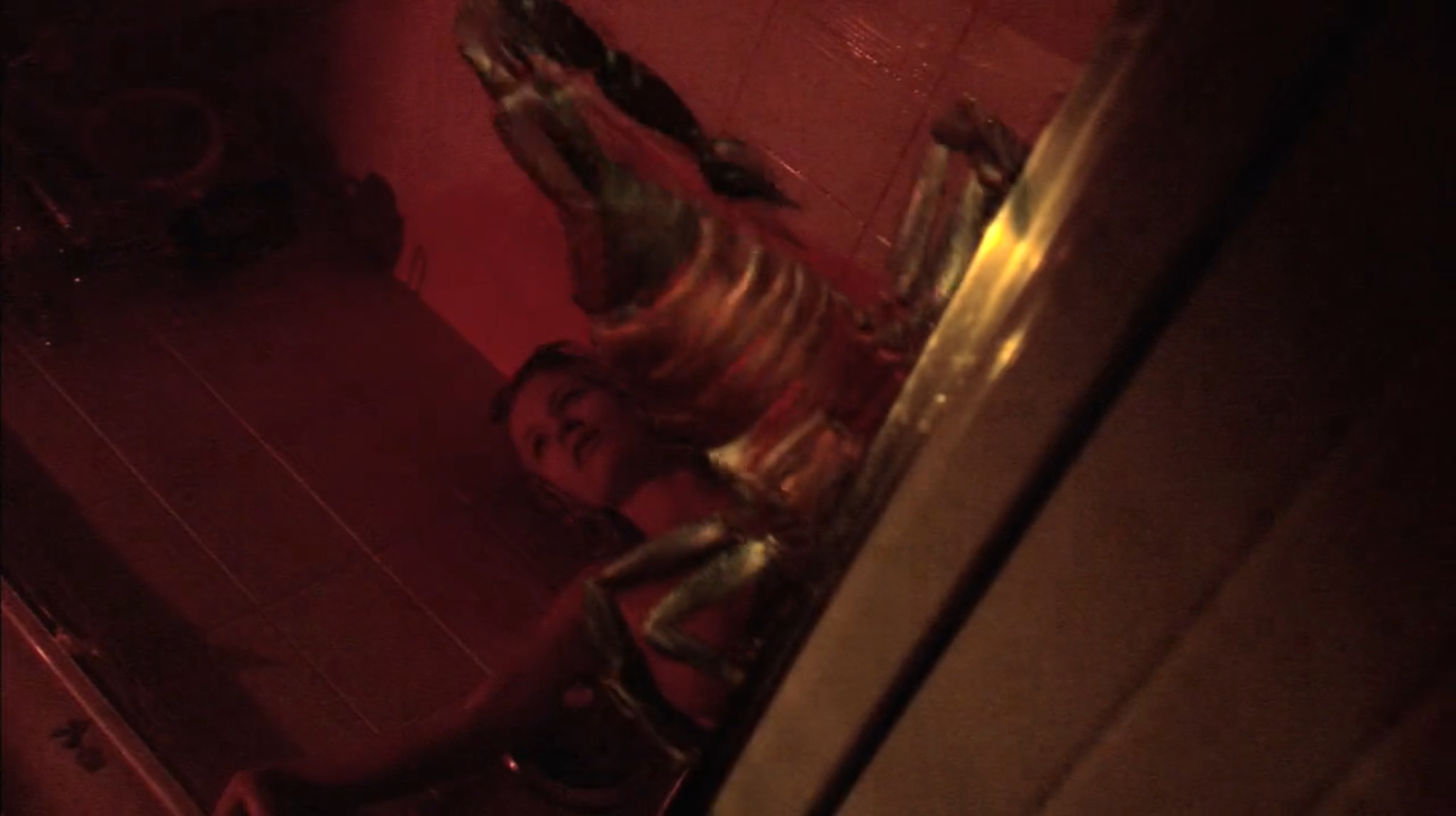 Humongous insects also have a heck of an appetite, so they seal the girls in their sorority house and start chowing down.

‘Insecticidal’ has the schlock exploitation thing down pat. It screams ahead at a breakneck pace, not wasting a moment of its barely 80-something minute runtime. Literally within the first minute, viewers are treated to two fuzzy CGI monsters and the start of a sex scene. If the opening credits seem to drone on forever, the movie livens things by immediately cutting to some PG girl-on-girl action in a hot tub afterwards. The foreign exchange student (Vicky Huang) practices sais in her room, because why not? (And, no, Fumi never goes all Elektra on any oversized arthropods.) Along with the gratuitous nudity and T&A you’d expect, there are a whole bunch of different giant insects to square off against, a hefty body count, and no shortage of splatter. Oh, and the visual effects! ::mimics a chef kissing his fingers:: 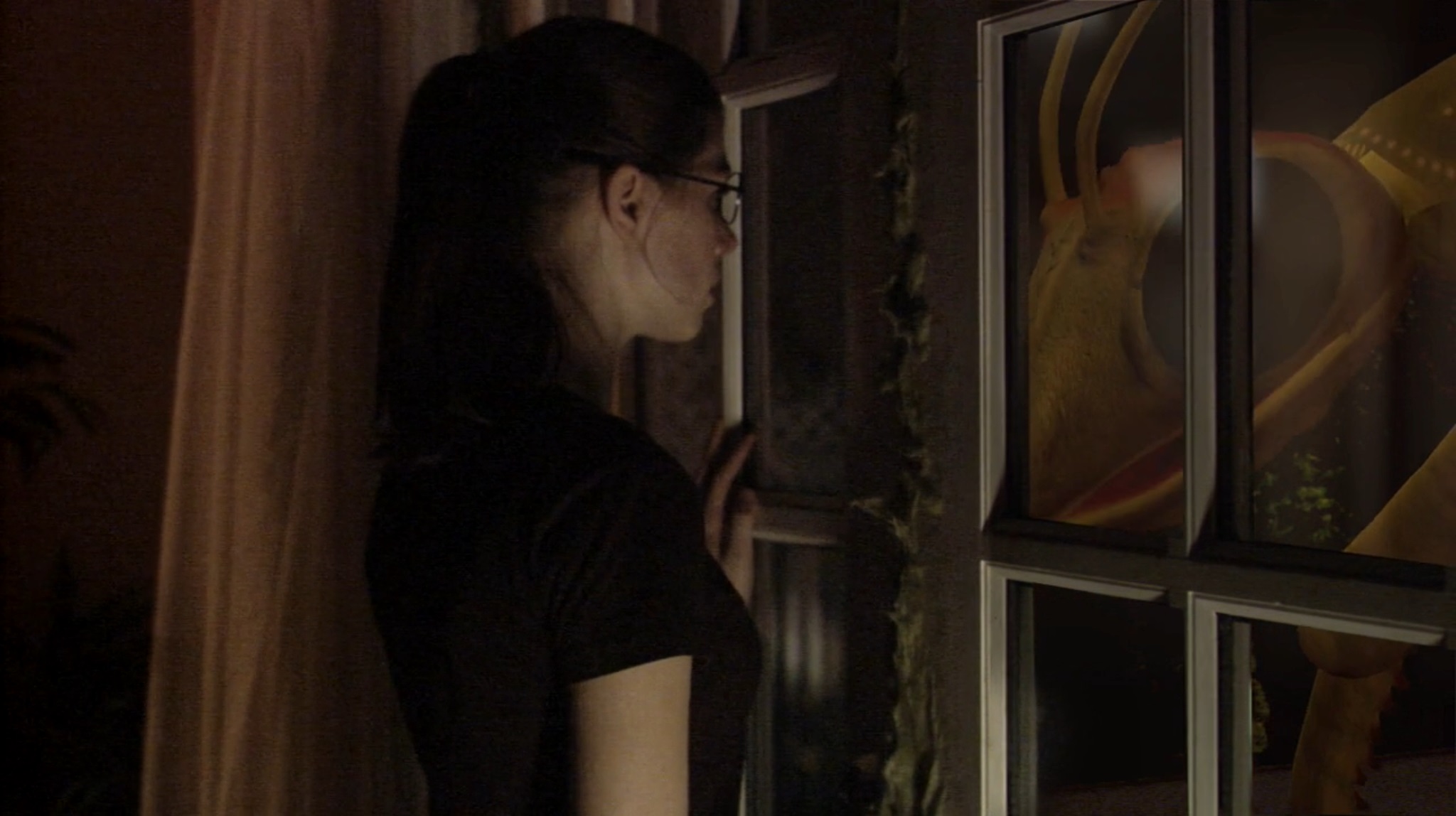 I’m not going to attempt anything deep or scholarly about a movie with a “giant mutant insects versus sorority girls” premise, but there’s at least a little substance on that front. ‘Insecticidal’ does flirt with criticism of the male gaze, the cast is overwhelmingly comprised of women, and they’re not mindless, buxom beauties in desperate need of rescue. They’re intelligent, capable, and forceful. As much as the camera leers at so many of them in various states of undress, these women are the sexual aggressors. They tell their significant others or whomever what they want, how they want it, and when they want it, and that’s exactly what they get. Except when it’s a shower massage with a severed limb or cunnilingus interruptus courtesy of a lamprey-esque larvae the size of a terrier.

The cast across the board is pretty great, and they go all-in on this no-budget exploitation mayhem. Rhonda Dent particularly stands out as Josi, who starts off as the queen bee and ends the movie as a ravenous, lesioned, maggot-vomiting, limb-ripping cannibal. It’s an arc that’s eerily similar to James Gunn’s ‘Slither‘ in a lot of ways, and ‘Insecticidal’ did it a year earlier to boot. 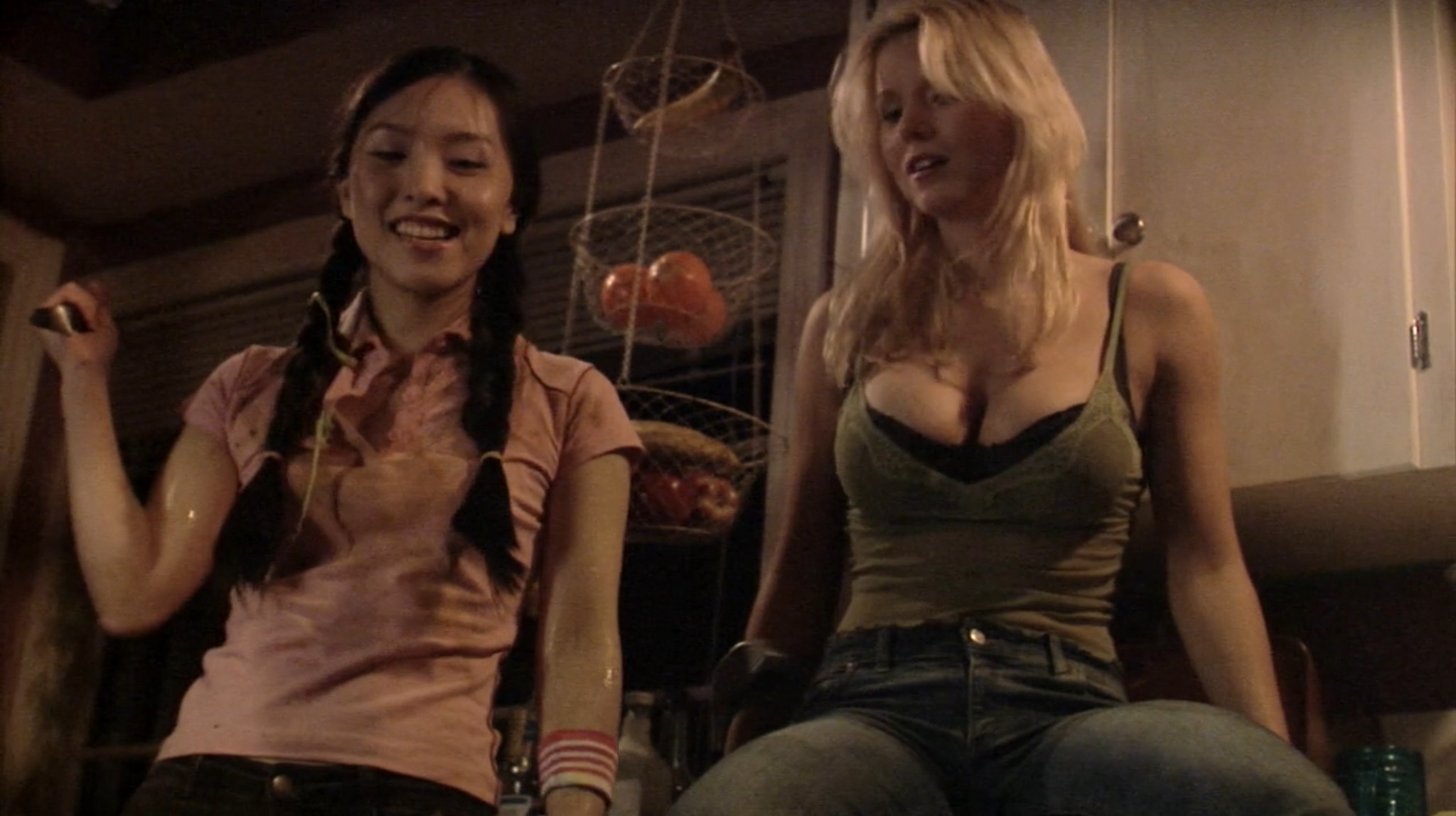 ‘Insecticidal’ piles on one gonzo sequence after another, from a “cannibalistic sorority sister to the left of me, giant spider to the right” dilemma in the basement, to the homebrew arsenal that the survivors whip together, ‘Dead Rising’-style, for the finale. Besides: boobs, blood, and bugs. What more do you need to hear? Well, I guess it is worth noting that ‘Insecticidal’ is on Prime Video, and I’ve heard you griping about not getting the most of your Amazon Prime subscription. Here’s another excuse to get your money’s worth.