We all love games, right? They’re usually a fun means of escape from our otherwise ordinary existence. But rarely do any of us actually get to be in a game… well, except maybe Flynn from ‘Tron’. Anyway, that’s going to change in the new year — as yours truly is about to be immortalized as a made-man in a new expansion for the board game ‘Nothing Personal’! 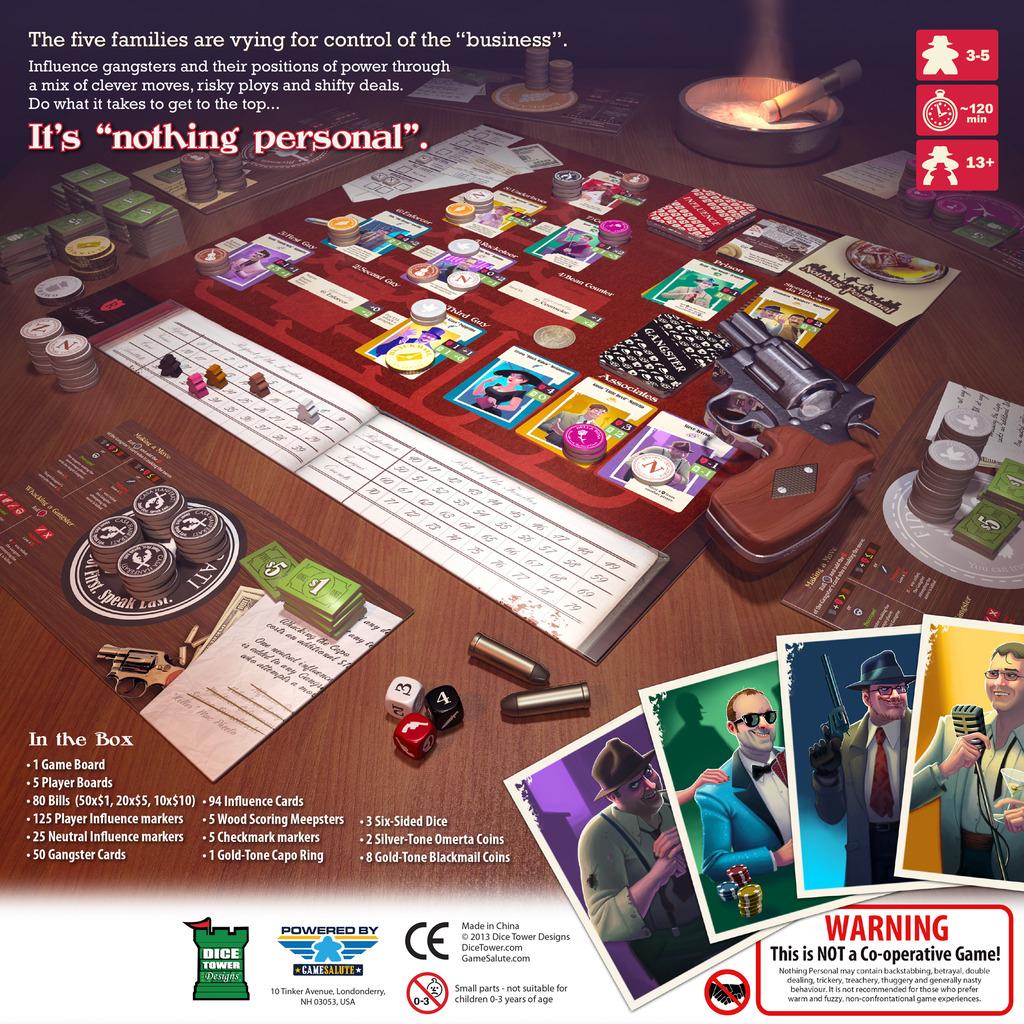 If you’ve never heard of ‘Nothing Personal’, it’s a great mobster-themed board game first published in 2013 by Game Salute. It was designed by Tom Vasel (host of The Dice Tower podcast) and Stephen Avery. In the game, three to five players take on the roles of powerful Mafia families who use their influence to control a variety of notorious gangsters over the course of five years (rounds) and ultimately gain the most respect. But just like in ‘The Sopranos’, things aren’t always kosher among these Mob familias. Blackmail, bribes and betrayal lurk around every turn.

What I like about the game is that Tom and Stephen have really captured the essence of the Mafia in both the design as well as gameplay. The gangsters – which come on four types of cards (gamblers, con men, thugs or hit men) – not only have their own fun artwork and abilities, throughout the game they can also be sent to the Big House or even get whacked. Yep, one wrong move and these guys (or gals) could be sleepin’ wif da fishes.

Even more impressive is the sheer quality of the product itself. The box is exceptionally sturdy with a slick finish and doesn’t feel cheap at all in your hands. Each player gets his or her own little cigar tuckbox with a family motto and emblem to store the pieces, such as money and influence chips made of very thick cardboard or wooden meeples. It even has metal coins and a ring for the Capo! It’s just all-around impressive stuff.

So far, ‘Nothing Personal’ has one expansion currently available. ‘Young Turks’ adds 54 new gangster cards featuring the likenesses of (in)famous game developers and historical crime figures such as Bonnie and Clyde. Two more expansions adding even more mobster mayhem are planned for 2015: ‘Power & Influence’ and ‘The Associates’. As a Kickstarter pledge reward, I will be transformed into an Armani-clad, martini-drinking wiseguy in one of those sets!

Check out the artwork for Tommy “The Shark” Landini: 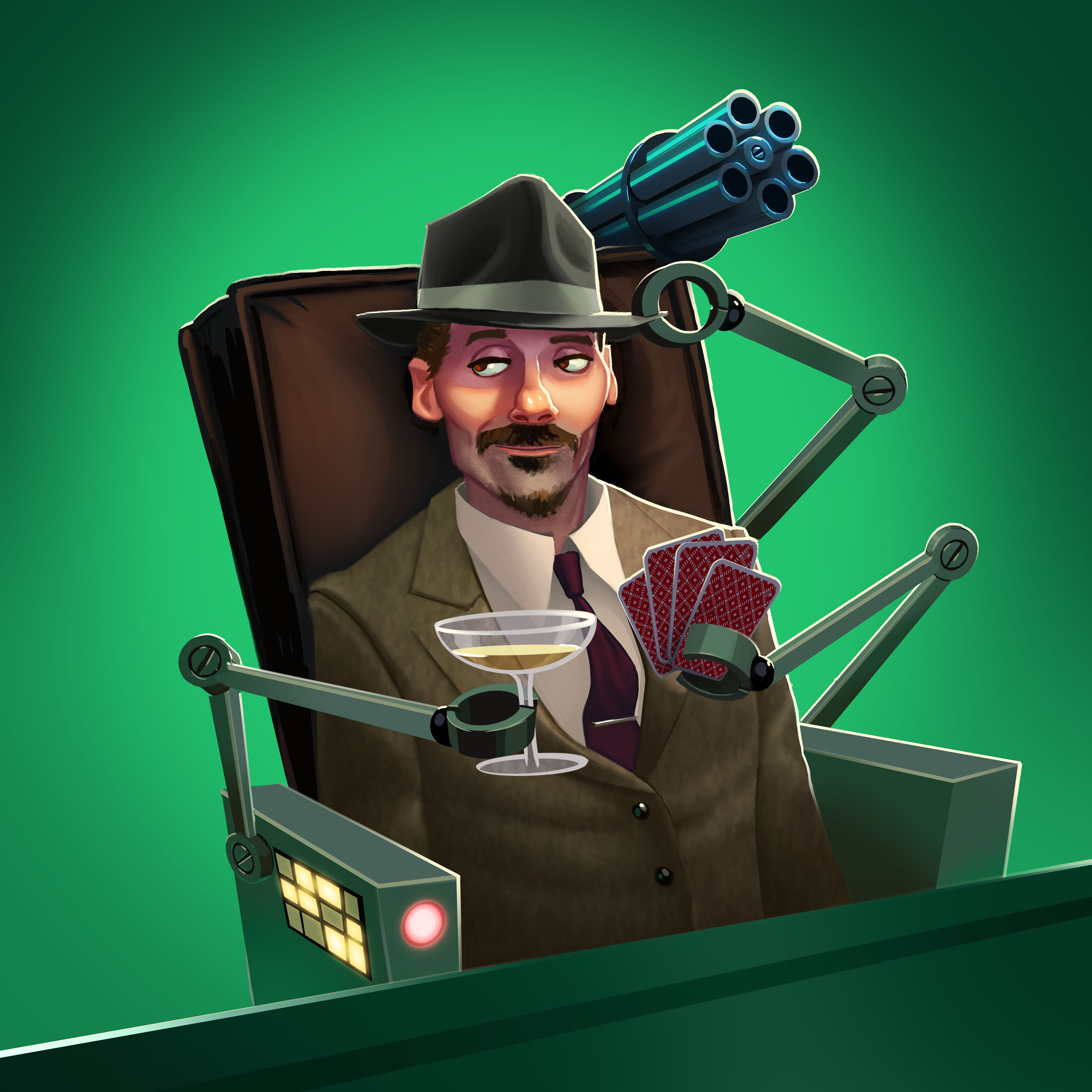 I must say, I look pretty badass in that slick suit and Fedora. What do you think?

I’d like to thank the awesome folks at Game Salute for this honor. I’m definitely looking forward to seeing the finished product when it hits shelves sometime next year.

[Buy ‘Nothing Personal’ from Amazon.]