It’s easy to bag on Microsoft for Kinect – formerly “Project Natal.” It’s a popular whipping boy, and with plenty of good reason. It’s about as far from traditional gaming as you can get, it’s Microsoft’s attempt to jump on the Wii bandwagon, it’s not for hardcore games and, of course, you’ll look really stupid playing it.

But we know all that. Rather than beating a horse that’s been presumed dead even before leaving the stable, let’s take a look at what Microsoft’s doing right with its motion control system.

The fact that the Kinect is a single device makes it pretty appealing for two reasons. First, it’s simple to buy. With a Wii, you have to worry about having the right amount of controllers and nunchucks, and whether they have Motion Plus or not. Sony’s Move is just as bad, but with the addition of a camera to the mix. With Kinect, you need two things: an Xbox 360 and a Kinect.

The other great thing about the Kinect’s one-stop-shopping nature is that it’s potentially less expensive than the Move. It could even be cheaper than the Wii. If the Kinect does launch at the rumored $150 price point, you’ll only need a $150 Arcade unit and the $150 Kinect to play. That brings the total to $300. If you’re looking for a four-player experience on the Wii, that’s $40 for each controller and $20 for each nunchuck, plus the cost of the Wii, which comes to $440. The PS3 Move costs even more.

The downside for Microsoft is that the $150 price of entry will look a lot more expensive. And for folks getting the device for single- or two-player experiences, it will be.

Microsoft’s Kinect looks nice and easy to use. You don’t need to know how controllers work, and you don’t need to have a rich gaming history. It’s even simpler than the Wii. Just move your body.

It’s got some pseudo-practical features which seem like more of a hassle that they’re worth. Why would I want to scroll through my Netflix queue by moving my arm in the air when I could just hit RB? But the facial recognition sign-in is just plain cool. I live with a roommate, which means that I’ve got to make sure I’m signed in when I’m playing. It would be nice just to sit down on the couch and have the Kinect take care of that for me automatically. [Ed: I thought the point of motion control games was to not sit down on the couch?]

The auto sign-in that was demoed at the press conference was interesting too. How great would it be to go to a friend’s house and play a game without having to bother with that whole hassle of stopping the game to sign in to the system? Sure, there are plenty of potential problems, like signing in when you didn’t mean to, but it’s a neat feature nonetheless.

Believe it or not, I think we’ve seen the killer app for Kinect. It’s the Harmonix-made ‘Dance Central.’ No, seriously. 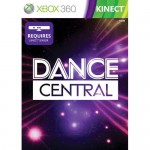 Kinect isn’t made for the core gamer. If you’re concerned exclusively with shooters, you shouldn’t even be looking at this thing. There’s no practical application for you, outside of some head-tracking. It’s made for the people that dig the Wii, the people who play ‘Rock Band’ more than anything else, and the people that flocked to ‘Dance Dance Revolution.’ While ‘DDR’ was cool, ‘Dance Central’ changes the game entirely.

It’s not just a rhythm matching game where you use your feet. It straight-up teaches you how to dance. You learn actual dance moves, and the game can tell if you’re doing them right or wrong. You can even break it down to the simplest level of learning each move.

Will all of that be enough to make the Kinect a success? It’s really hard to say. But those are the points that Microsoft needs to focus on if they really want to make this thing work.