While we’re on the subject of Michael Bay, and because he’s such a fun whipping boy, the director has apparently taken a page from Stanley Kubrick’s book and sent a memo with his exacting projection standards for his latest ‘Transformers’ masterpiece to the nation’s theater owners. As you might expect from the man, it’s a wee bit condescending.

Deadline obtained a copy of the letter that urges projectionists to… well, to do their jobs properly. I’m sure that Bay probably believed when he was writing this that he was being friendly and enthusiastic, but it comes across a little dickish. 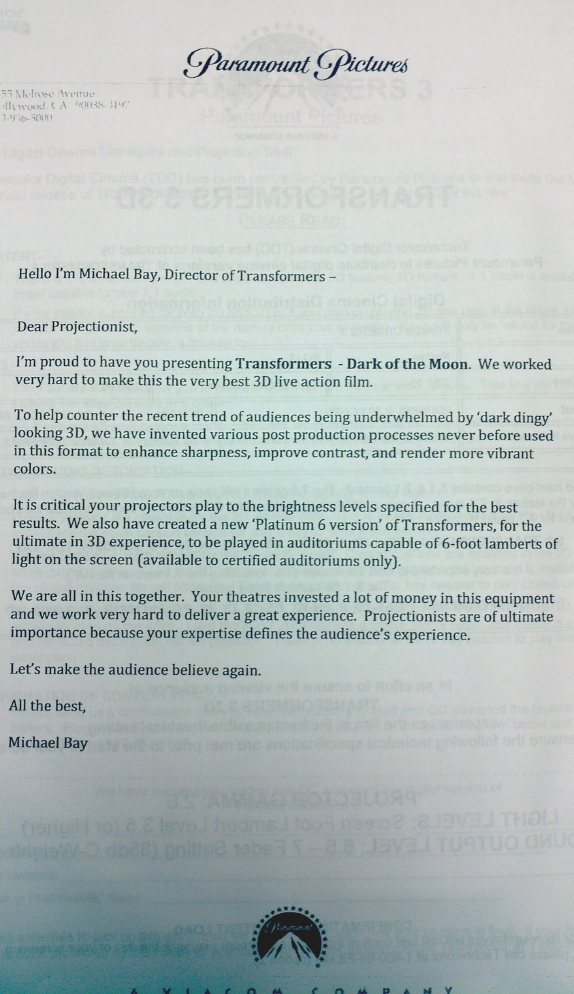 A “Platinum 6 version,” huh? Bay’s description of the new “post production processes” that “enhance sharpness, improve contrast, and render more vibrant colors” kind of sounds like he Edge Enhanced and contrast boosted the hell out of the photography, doesn’t it? I can hardly wait to see his signature teal and orange as even more teal-icious and orange-tastic.

To be fair, this memo comes on the heels of a wave of recent complaints about the nation’s theaters projecting movies with underpowered lamps, or otherwise failing to meet a decent standard of image quality that causes many movies (especially 3D movies) to suffer. However, I think it would have been better to let the studio write something up and leave Bay himself out of it.

The Playlist whipped up this satirical response: 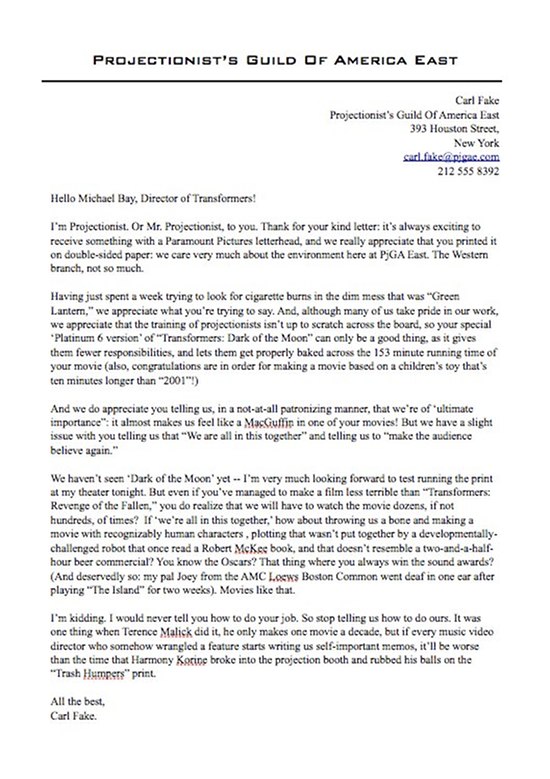 I don’t have anything more to add to this. I just thought it was funny.