This week’s Posterizing is one of my favorites so far, because we have a lot to talk about. First off, let’s take a look at the rare promotional poster that Paramount and Marvel made for an audience at the L.A. Times Hero Complex Film Festival. We’ll also discuss the new ‘Girl with the Dragon Tattoo’ poster and how much it bugs me.

According to Cinemablend.com, this retro-looking poster isn’t going to be featured in the Coming Soon windows of your local cinema. Only 100 of these bad boys were printed and then handed out to a screening audience at the L.A. Times Hero Complex Film Festival.

The other posters we’ve seen for ‘Captain America’ have featured pretty generic superhero art, but this one reeks of awesome. Not only do we get a vintage comic book feel, but we also get a fantastic picture of Captain America decking Adolf Hitler. Does it get any better than that? I don’t think so.

I wish that I could get my hands on one of these posters. Unfortunately, with a limited run of only 100, that’s going to be near impossible. I guess I can keep refreshing eBay hoping that someone puts one up for sale. 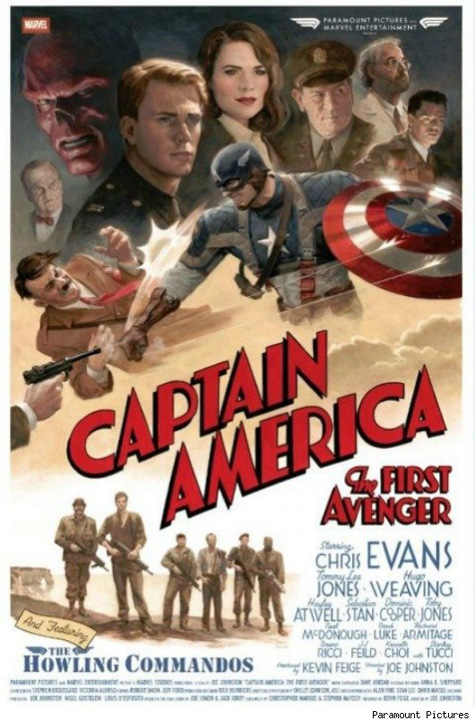 ‘The Girl with the Dragon Tattoo’

If this poster is any indication of the overall atmosphere of David Fincher’s remake of ‘The Girl with the Dragon Tattoo’, then I’m worried. Much has been made of the way Lisbeth Salander (Rooney Mara) is portrayed here, and rightly so. She’s stark naked with a tacky safety pin piercing her nipple. This seems to fly in the face of Stieg Larsson’s reason for writing the books. Salander is an empowered woman character who takes her frustrations out on the misogynistic men of the world. Sexing her up into some kind of Hot Topic whorebag seems to run completely contradictory to the whole underlying current of Larsson’s series. 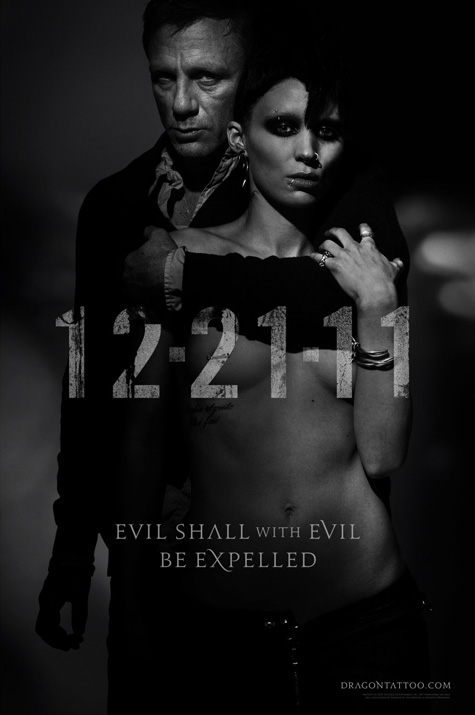 While the nakedness and objectification of Salander in this poster has been discussed all over the ‘net, I also want to talk about how Mikael Blomkvist (Daniel Craig) is portrayed here. The character is anything but an action star, yet the first thing this poster screams to me is that the movie completely changes his personality. The way he’s grabbing Salander is utterly contradictory to the kind of person he is. And that look on his face… Never, while reading the books, did I ever picture Blomkvist with that kind of look. He’s a laid-back, fairly easygoing journalist who just happens to stumble upon a mysterious atrocity.

You’d never be able to tell that this poster is for a movie that speaks out about violence against women. Plus, the artwork takes the most caring male character in the series and makes him look like just another sexually driven thug.

I may be reading too much into the way this poster is laid out, but it does not get me excited for Fincher’s remake. As a fan of the Swedish films and the books, this poster seems to portray a movie that’s completely contradictory to the underlying theme of Larsson’s stories. Let’s hope that’s not true.

[Posters courtesy of ImpAwards.com and Paramount]