Once again, alcohol saves the day!

Pop quiz, hotshot: A colossal, otherworldly, insatiably ravenous sea monster has invaded Erin Island – a barely discernable speck on the map somewhere off the Irish coast. What do you do? You could try fleeing, but your plan is to escape from a sea monster in a boat?! Nope. You could fight back, armed with an arsenal that doesn’t amount to much more than a nail gun, a flare, and a Super Soaker filled with gasoline. So that’s a no-go too.

The ingenious solution in Grabbers is one I don’t think I’ve ever come across in the thousands of horror movies I’ve devoured over the years. If a creature is desperate to eat you, try making yourself less delicious. This alien entity subsists on blood and water, and significantly high levels of alcohol are toxic to it. As if you needed an excuse: bottoms up! One of the monster’s wee little babies may still attach itself to your face, sure, but if you’re drunk enough, at least it won’t kill you. 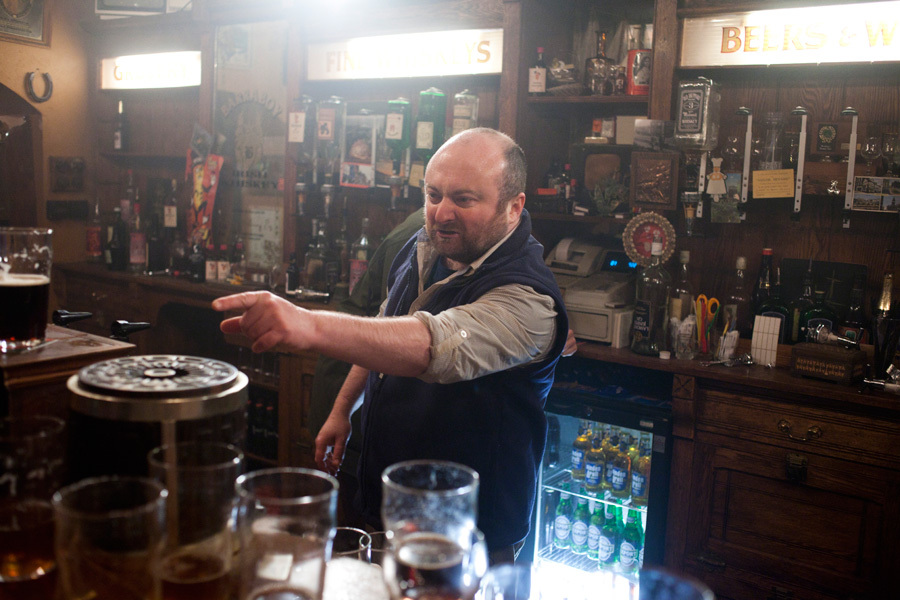 “It’s always the quiet places where the mad shit happens.”

The true brilliance of Grabbers is that I would’ve loved the movie every bit as much if it hadn’t been a booze-drenched creature feature at all. Writer Kevin Lehane and director Jon Wright excel at crafting a strong sense of place. Erin Island isn’t an interchangeable backdrop. Between its achingly gorgeous natural beauty and the strong sense of community we’re shown, the island is a character in its own right. Drawn with so much color and personality, the extended supporting cast is a blast to pal around with. Grabbers has such well-deserved confidence in its sense of humor as well. The laughs come easy, never feeling forced or overdone.

The movie’s greatest asset is the reluctant camaraderie between charming drunk Ciarán O’Shea (Richard Coyle) and straight-laced, by-the-book Lisa Nolan (Ruth Bradley). One is a longtime resident of the island, and the other’s a big city girl on a working vacation. These two police officers propel the action, the comedy, and the Sam and Diane-esque will-they/won’t-they romance. Heck, it’s even their plan to convince everyone on Erin Island to lock themselves in a pub and drink themselves into a stupor through the night, leaving out that pesky little detail of an alien invasion. The two of them may look like overly familiar archetypes at first glance, but Grabbers clearly loves and respects them enough to ensure that they quickly come across as genuine, well-realized people. 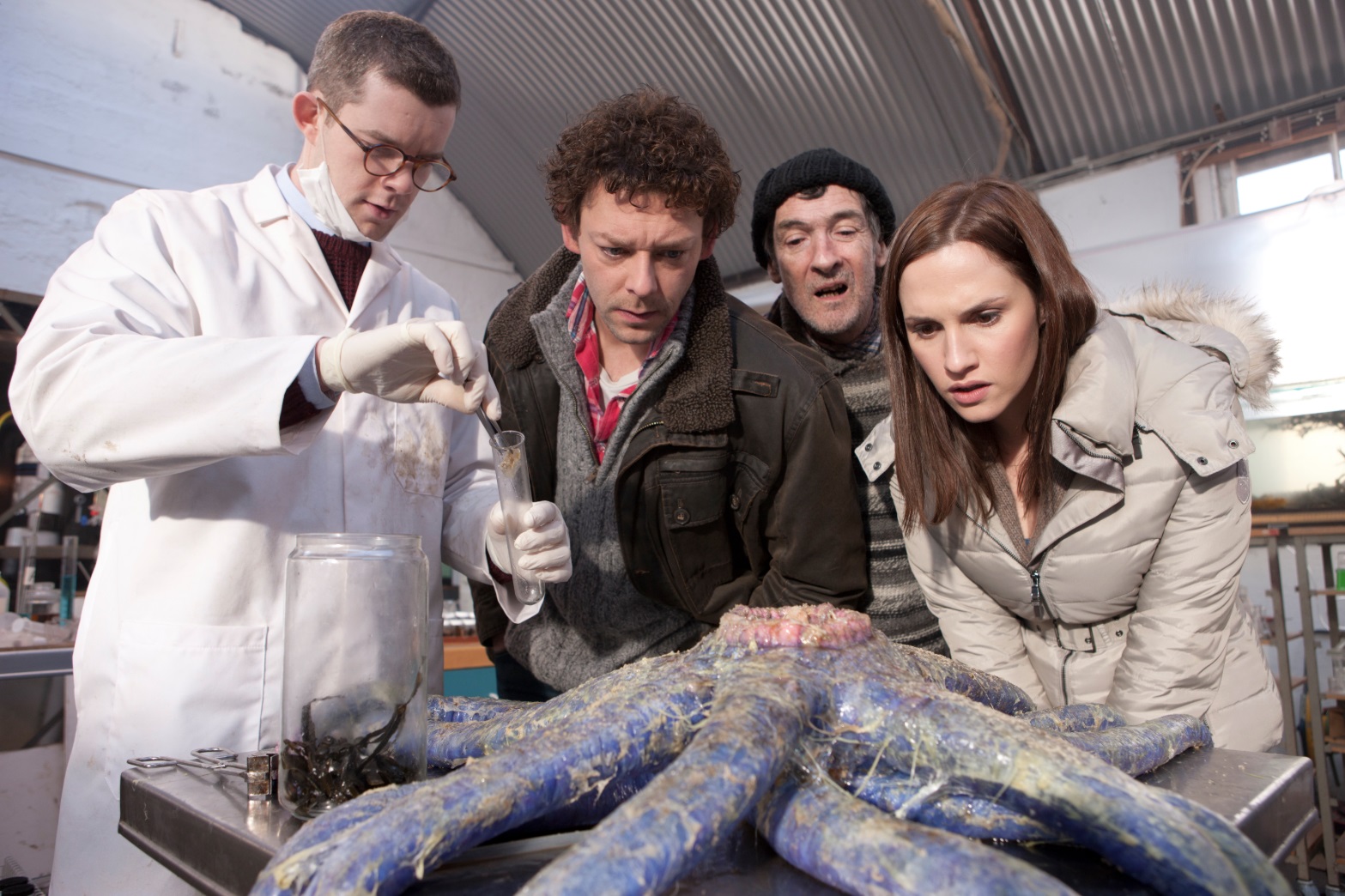 The creature designs, visual effects, and overall production values are first-rate. From the extraterrestrial eggs to the newborns’ facehugger-like leaps, Grabbers pays great homage to Alien and Aliens. Its take on Ripley in the power loader, shouting “Get away from her, you bitch!” – filtered through a drunk, inexorably Irish cop – easily ranks among my favorite moments in a movie all year. Plus, I’m a sucker for tongue-in-cheek horror flicks pitting an oddball little town against otherworldly invaders. Think Slither transplanted from South Carolina to a wee Irish isle.

This isn’t the sort of review that winds up peppered with “except…”s and “but…”s. Grabbers has a crystal clear idea of the sort of film it sets out to be. As many genres and styles as it embraces along the way, the movie winds up nailing every single one of them. You still don’t understand what you’re dealing with, do you? The perfect creature feature. Its structural perfection is matched only by its sense of humor. Grabbers wrapped its many tentacles around me to feast on my blood, and instead it won my heart. Highly recommended. 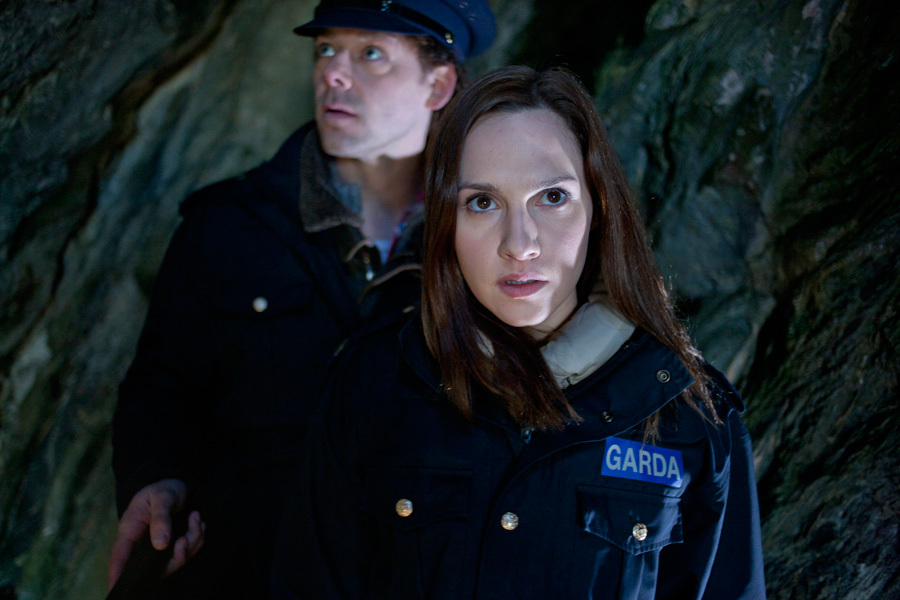 Grabbers only landed a DVD on these shores, although if you can handle region B discs, there are a couple of European Blu-ray releases worth importing. If you don’t feel like futzing with region coding or VOD, Grabbers is currently streaming on Hulu.