Well, this isn’t a zoo, and these critters aren’t exactly undead. But goshdarnit, “zoombies” is too clever a pun to sleep on, so we’ll roll with it.

If you’re desperate to steal an elephant, why go through all the hassle of schlepping through the African bush? Just head to a wildlife refuge and swipe one. With this new knockout cocktail that Jezel (Terra Strong) has cooked up, these pachyderms won’t even put up much of a fight. 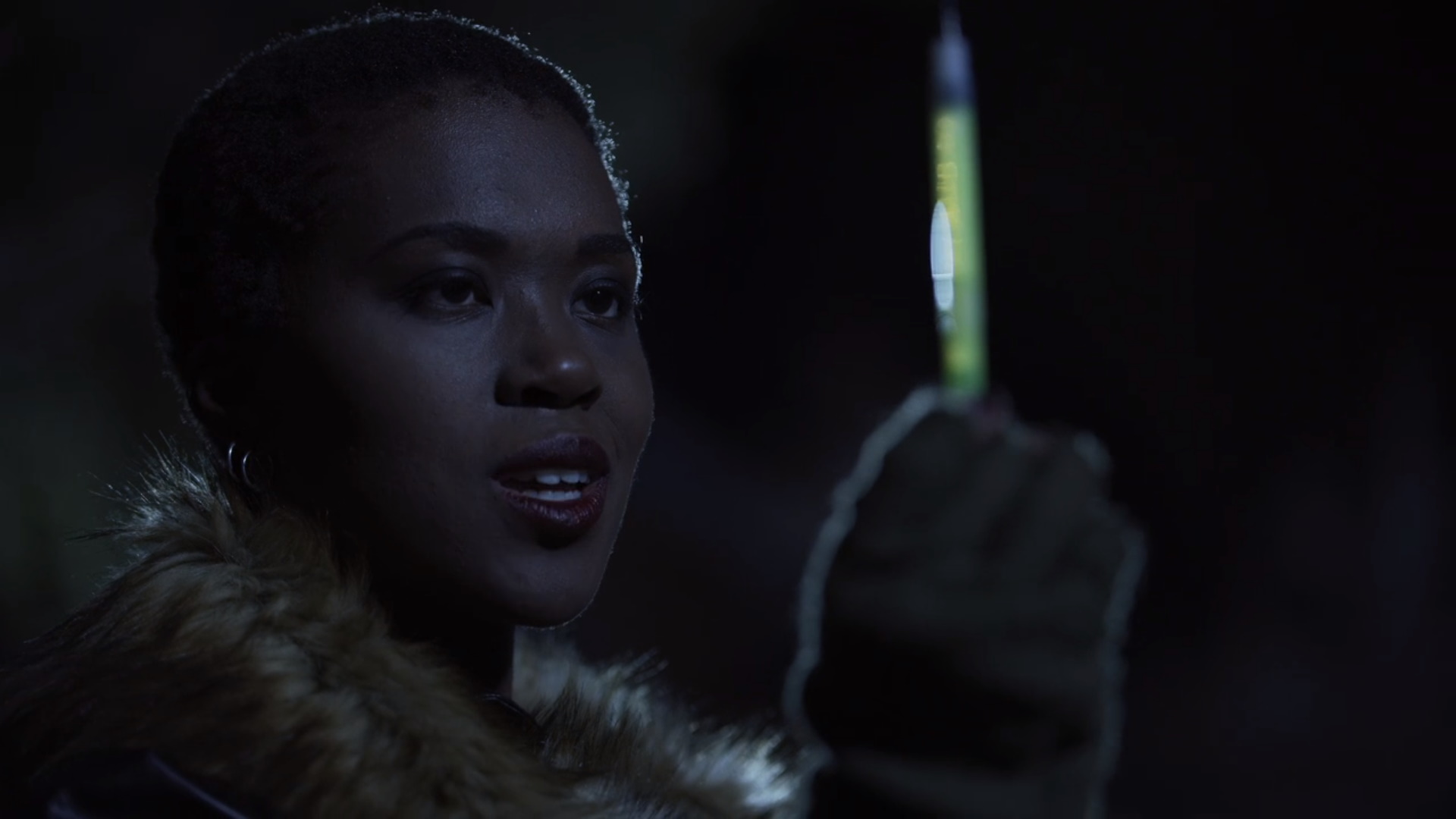 That is, until her untested neurotoxin turns ’em into not-quite-zombies, anyway. It’s a 28 Days Later kinda deal where they’re not dead; they’re infected. Her cocktail doesn’t affect humans, but any afflicted form of animal life is left with a ravenous hunger for flesh. They’re not picky either. Poachers, veterinarians – we’re all just Happy Meals on two legs.

With as hopelessly remote as this refuge is, any chance of rescue is hours away. The staff is divided across the park, with a handful holed up inside the Foundation’s HQ and the remainder caught in the thick of it outdoors. Their already tiny numbers are quickly dwindling further, and the only shot any of them have at surviving this is to team up with the poachers. But join forces to do what, exactly? They’re outmatched and outnumbered. C’mon, how do you stop a rampaging herd of zombie rhinos in its tracks when all you’re packing is a revolver? 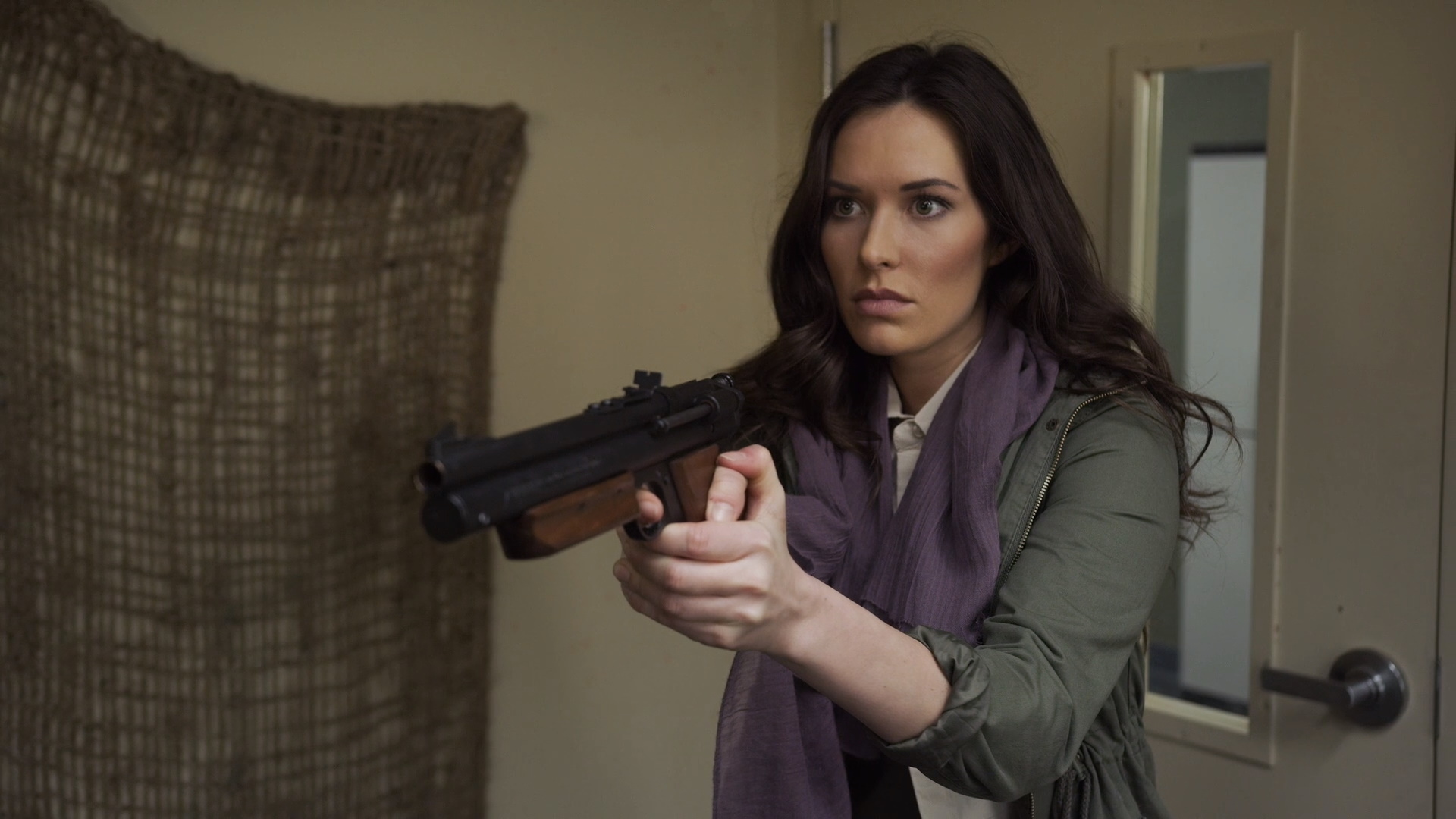 Yeah, yeah, we’re talking about an Asylum production here. But wait! Don’t click away just yet. Zoombies 2 genuinely is pretty great, thanks to director Glenn Miller (no, not that one) wisely choosing to play it straight for the most part.

Its characters aren’t bug-eyed and mugging for the camera; they treat this like a matter of life and death, which… y’know, it is. When Brooke (Erica Sturdefant) is under attack by a zombified crested porcupine, the sequence is set to an unnervingly intense score that wouldn’t sound the least bit out of place in a high-octane thriller. 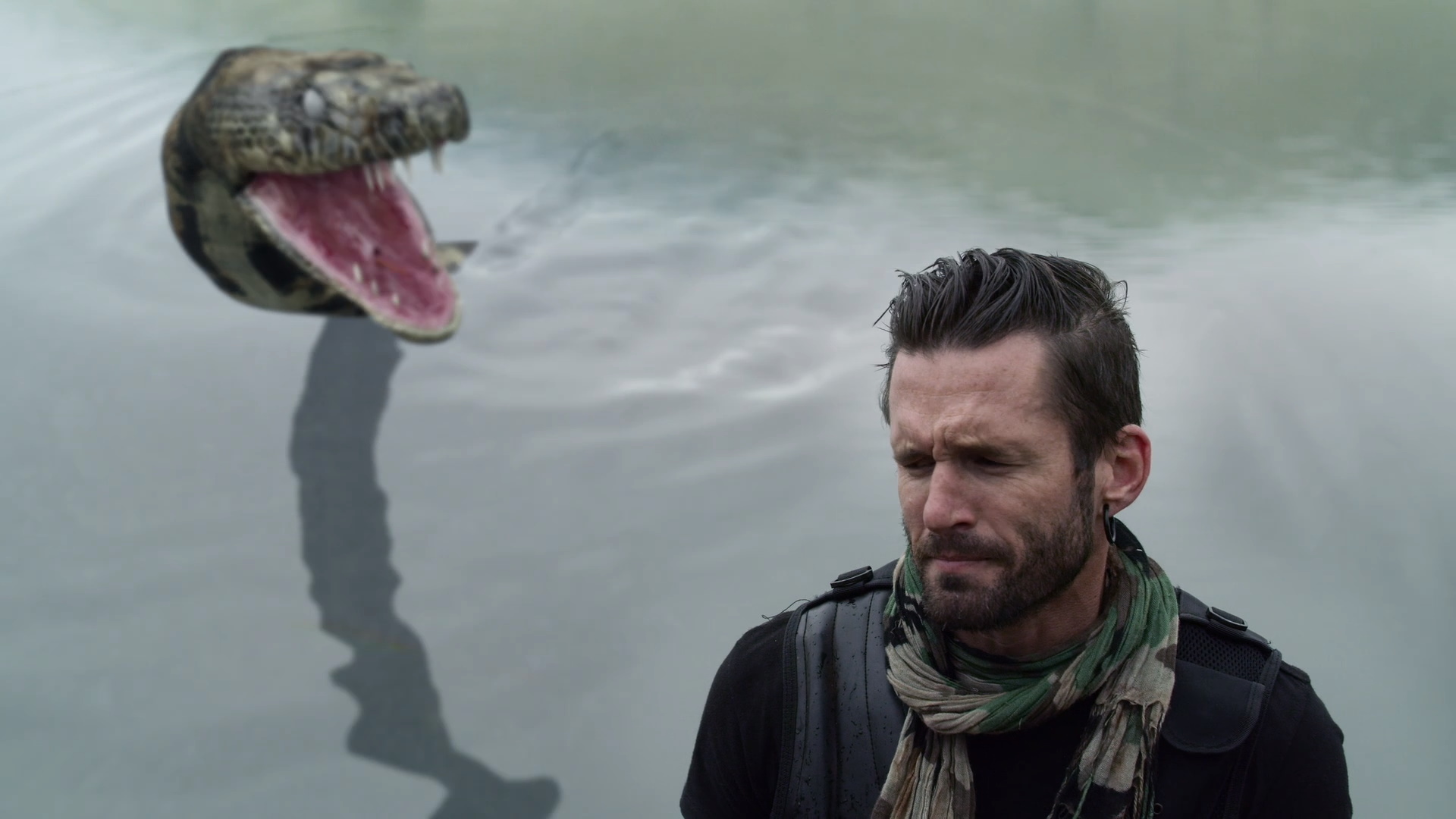 Zoombies 2 has its lighter moments, as any action/horror flick does, but it prefers to let the comedy stem from the collision of absurd situations with stone-faced serious performances. I mean, that’s how camp is supposed to work, but it’s all the more effective with a likable, capable cast like the folks here.

Say what you will about Zoombies 2, but it sure doesn’t twiddle its thumbs. Six minutes in, the contagion has already started to spread, and you’ve got a zombie meerkat munching on a poacher’s fingers. It ups the ante by giving these beasties superpowers, whether it’s an infected croc blasting clean through a toilet or a porcupine that can shoot its quills. 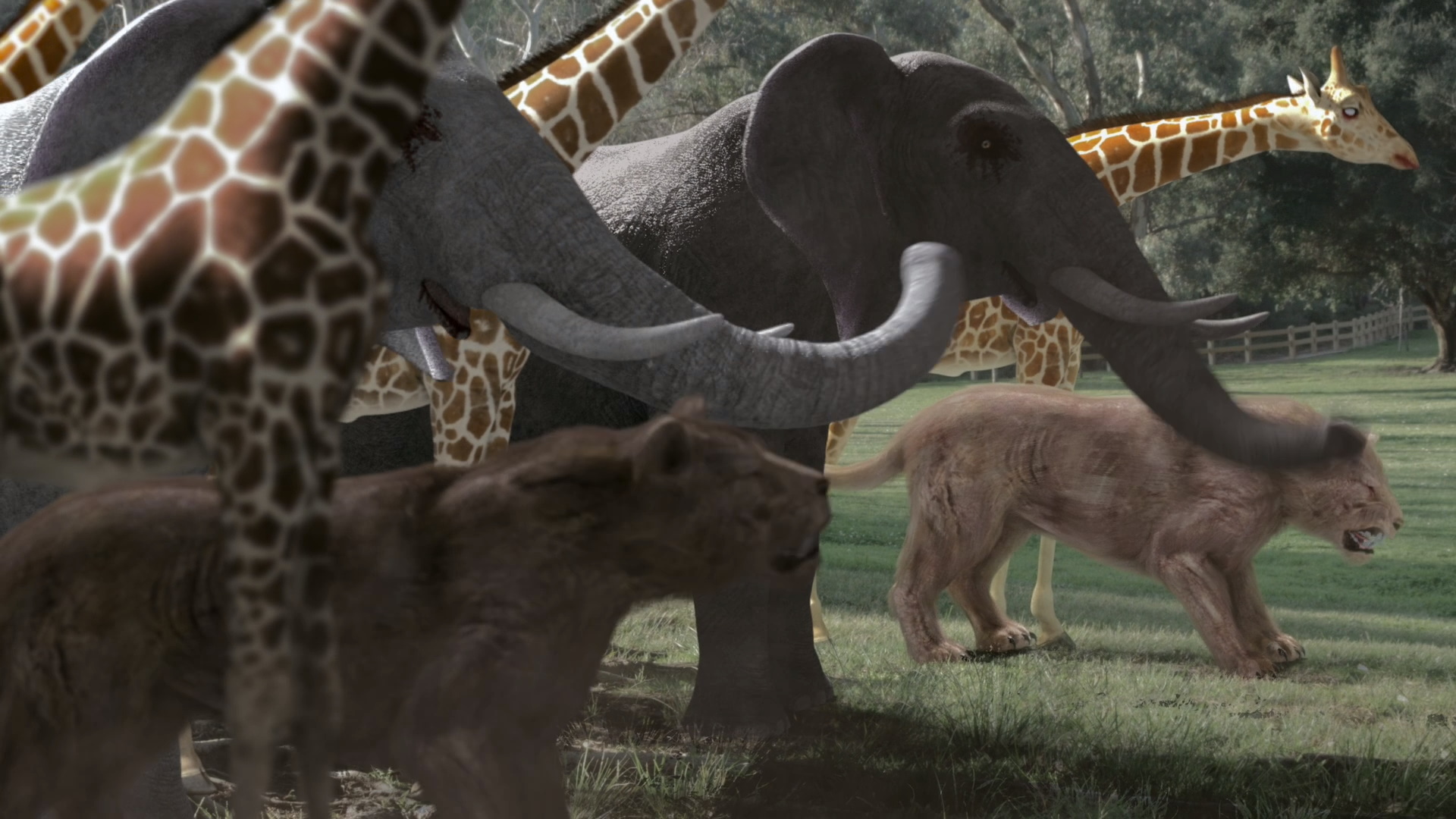 If I have one gripe about Zoombies 2, the movie lingers far too long on tinier creatures. Crested porcupines and meerkats probably get more screen time than every other animal in the flick combined. Why is the Foundation for Endangered Animal Rescue so fat-packed with animals that aren’t the least bit threatened? Why does this quasi-military poaching operation make a beeline for porcupines anyway? While there is a sense of escalation, it’s still kinda lame that lions and elephants are basically relegated to cameos near the very end. 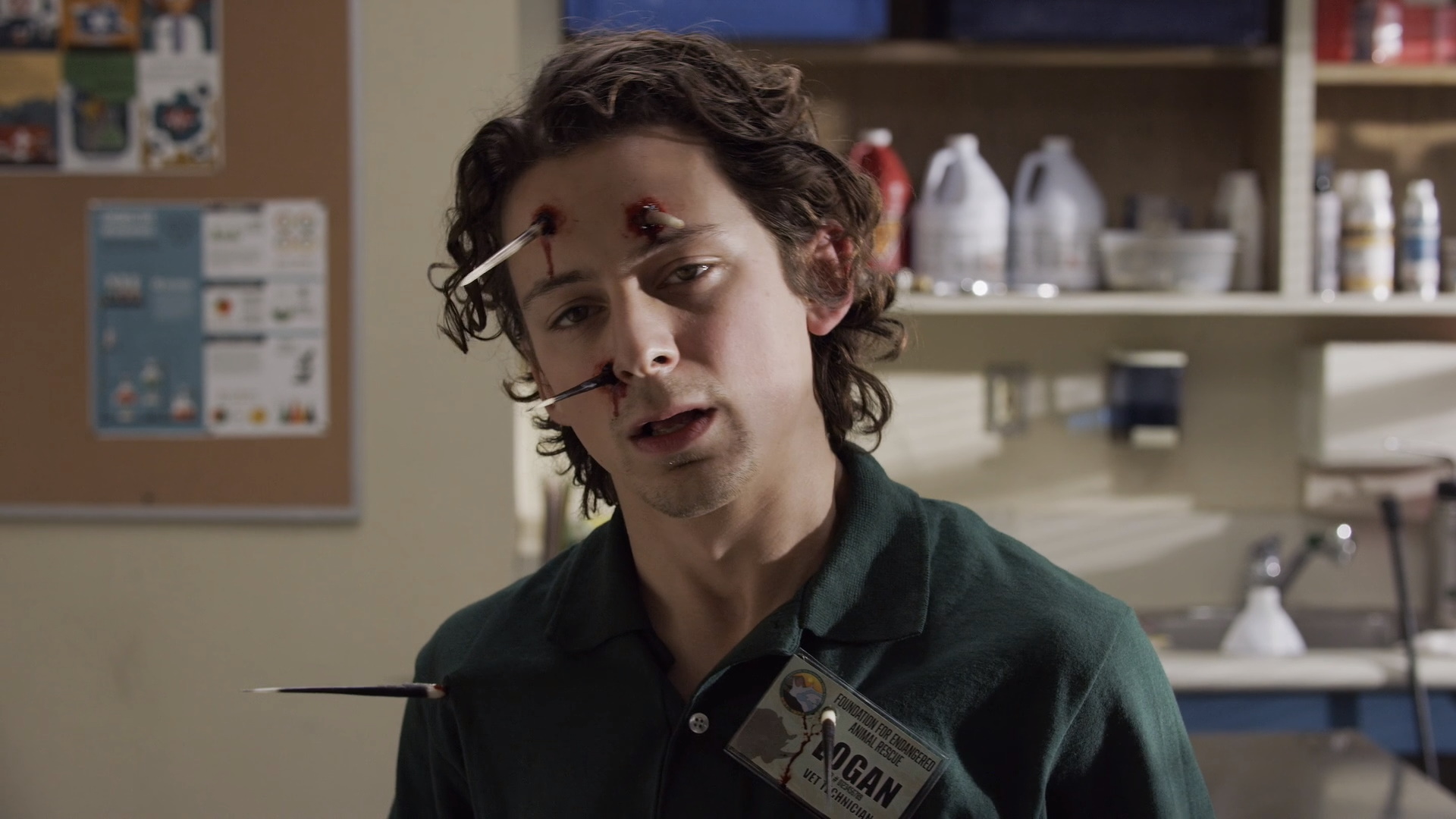 And, sure, I could moan about the visual effects, but that’s all part of the fun. If you look really closely, sometimes the zombie animals even cast shadows!

But still, we’re talking about a movie where a gorgeous woman plays baseball with a zombie porcupine instead of cowhide. There’s a climactic sequence with a Tasmanian actor repeatedly punching an infected meerkat aboard an out-of-control helicopter. And, oh, you’d better believe that the stage is set for Zoombies 3. Or maybe it’s a prequel laying the groundwork for the original Zoombies. I have to admit to not having gotten around to the first flick yet, so I have no idea. I can tell you that this installment stands on its own really well, at least.

This review is somehow approaching 800 words, so I guess I’ll just tl;dr the rest of it by saying, “Y’know, Zoombies 2 is a lot better than I thought it’d be!” 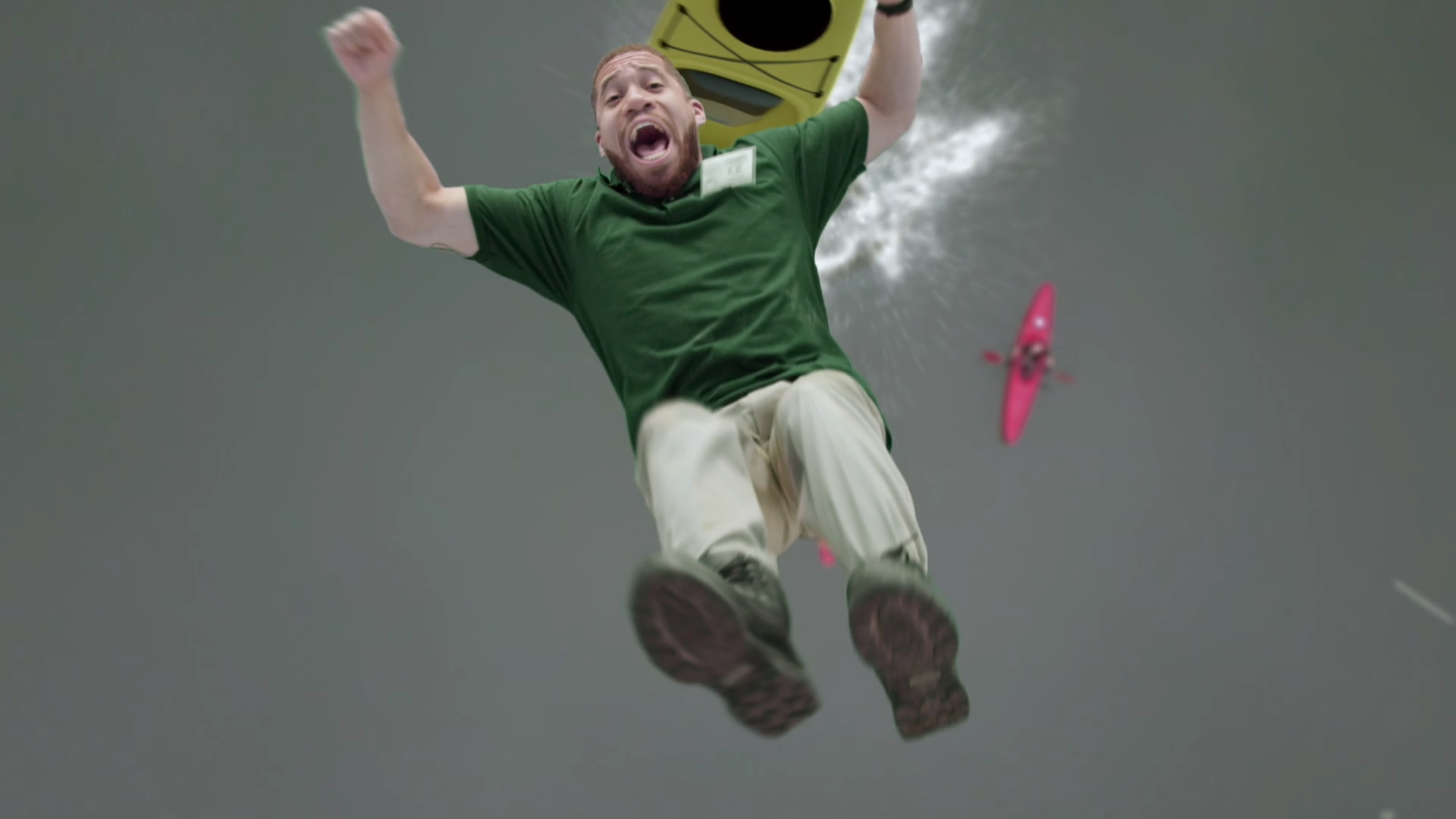 I can hear all you collectors out there heaving a sigh as you read this, but alas, Zoombies 2 has not been graced with a Blu-ray release on these shores. You’re stuck with a plain-jane DVD release stateside. However, both the presumably groundbreaking original film and its sequel are on Blu-ray in Germany, if you’re up for importing. Or you could save a few bucks and just stream ’em on Prime Video right now.