Hey, cheer up! No need to look so blue. Last week, we promised to give one of our readers a free copy of ‘Les Misérables’ on Blu-ray, and the time has come to announce which of you will take home that prize. 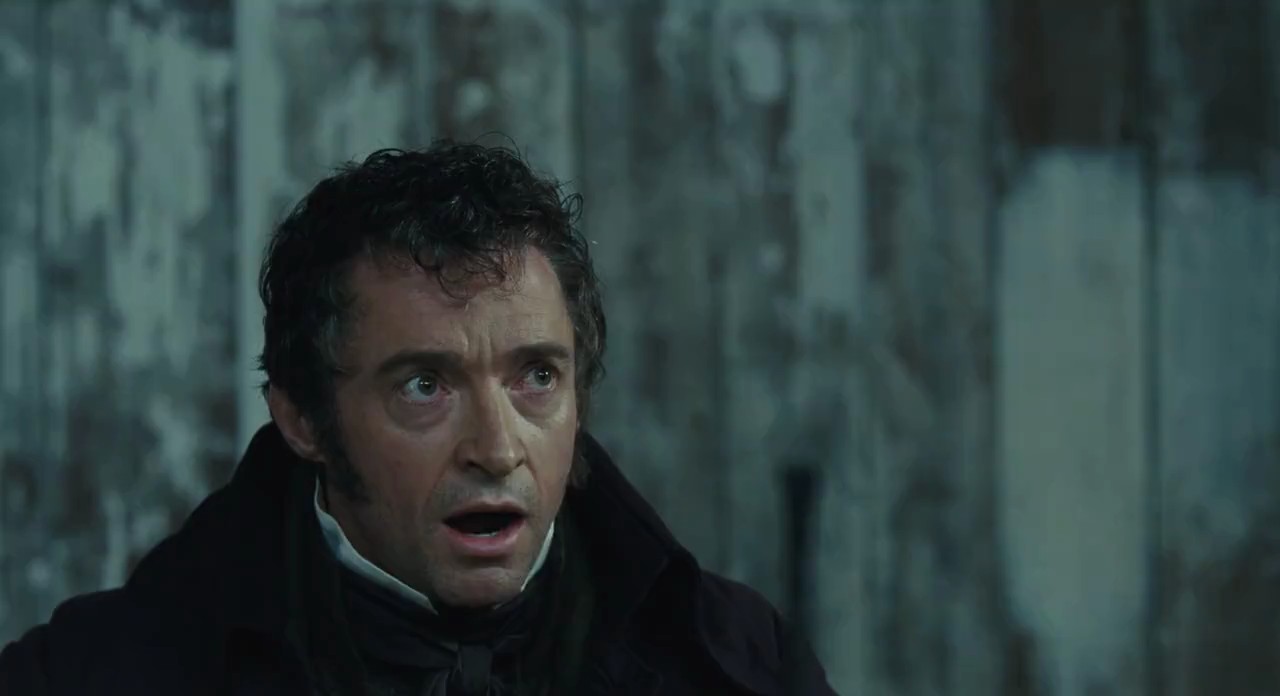 I had it in the bag!! Then freakin’ Daniel-Day Lewis decided to make his one movie for the decade THIS YEAR!!!!!

“Really? All these years, I’ve been pronouncing it less miserables.”

Jackman – “This is a musical about France?”

Jackman – “Myself and Crowe are Austrailian…”

Jackman – “…and that kid over there sounds like an extra from Oliver.”

Seriously? This kid I just met has no issue running away with me?

I get 19 years in prision for stealing a loaf of bread, and they don’t even care that I just bought a kid?

“My God.. I just realized I married someone as old as my mother…”

Now turn your head to the side and cough for me.

“What have I done,
sweet Jesus what have I done?
I was on drugs, you see,
when I was in “Movie 43″.
Have I fallen so far,
and is my career so late,
that I’ll do anything,
to put the food on my plate?
The cries on the web,
because I’ve done this thing.
I guess I’ll do
another “Wolverine”!”

I agreed to a Real Steel sequel in my contract?!?!

Wow, look how pretty the Playstation 4′s graphics are!

A few people rose to the challenge of writing entries in song verse (which was really damn difficult, believe me). For me, Timcharger’s here nailed the ‘Les Mis’ parody, and that effort deserves a reward.

I dreamed a dream in times gone by,
When Aussies were nominated,
and won the Oscars.
I’ve more talent than the other leading guy,
Tho’ his consecutive awards with
Gladiator and Beautiful Mind
Though I can sing in rhyme.
Then it all went wrong…

I dreamed a dream in times gone by,
When hope was high, and
The Prestige would take me places.
Then I was young and unafraid,
Van Helsing was a role wasted.
There were the X-mens to get paid.
No suit was too tight.
No script too hasted.
But the Wolverine comes at night…

I dreamed a dream my life would be,
so much different from this hell I’m living,
So different now from what it seemed.
Kate and Leopold killed…
the dream, I dream.

Congratulations to Timcharger for winning ‘Les Misérables‘ on Blu-ray. The rest of you still have time to get in on our ‘Wreck-It Ralph’ contest, so get those entries in soon. Thanks for participating in another great contest!