The other night, I had a major mishap in my home theater room that could have (but thankfully didn’t) result in disastrous consequences. Learn from my stupid mistake so that you can avoid something like it yourself.

Late Monday (or technically early Tuesday), around 1:00 AM, I ended a session of DVR watching and began powering down my home theater equipment to go to bed. As I returned my powered recliner to the upright position, I heard a loud spark and smelled smoke. The chair also stopped working. I immediately unplugged the chair from the power outlet and tilted it so that the underside was raised off the carpet. Fortunately, no fire started. The smoke cleared up momentarily.

What happened was that the extension cord that the chair was plugged into ran underneath the chair and had gotten entangled in the recliner mechanism. It looks like it had been this way for a while, until the plastic coating finally wore down and the wires frayed, causing a short. Because the chair ceased working, I couldn’t move the mechanism, and it was a real pain in the butt to wriggle the cord out.

Finally, after about an hour of working at it, I managed to pull the cords completely out and detach them. I replaced both the chair’s own power cord (which wasn’t frayed but had definitely been pinched) and the damaged extension cord. I feared that I may have fried the chair’s motor, but luckily it started up again and seems to be working normally.

I have straightened out my power cords and cables so that they no longer run underneath the chair. The chair is now plugged into a better surge protector, which is in turn plugged into an outlet that’s tied to a light switch and can be turned completely off to doubly insure that no juice runs through the chair unless I’m in the room to monitor it.

I wish I’d had the presence of mind to take a photo of the tangled cords jammed up in the chair, but it was late and I was tired, and I was desperate to get the problem fixed as quickly as possible. Instead, here’s a close-up of the damage: 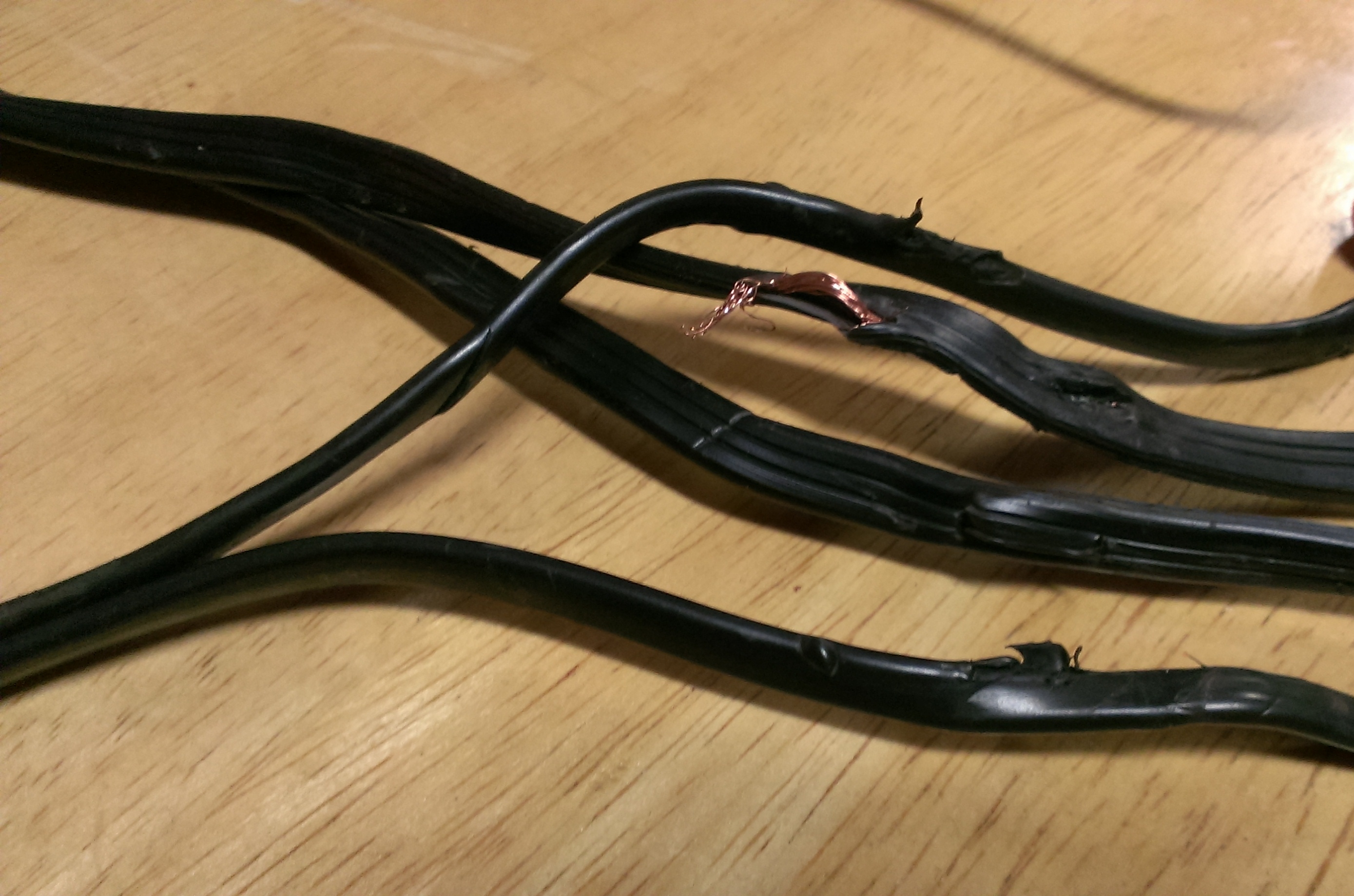 The take-away from this: Mind the cords underneath your furniture. This could have been a much bigger disaster had it started a fire. I was very lucky that the only damage I suffered was a lost night’s sleep.