War is hell and duty is calling. The latest iteration of ‘Modern Warfare’ is upon us. I popped this new disc in the console last night and gave it a good first go. It’s been a blast so far, but is this just a case of “next verse same as the first, a little bit louder and a whole lot worse”?

The ‘Call of Duty’ series has become an annual staple at Activision, and why not? 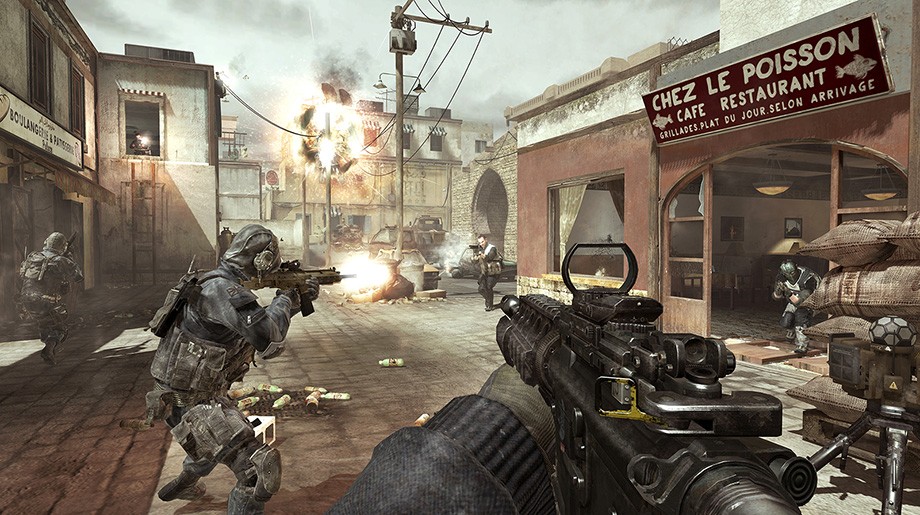 The games sell a bazillion copies every year despite minimal innovation, horrible storytelling and only the smallest of tweaks to the very popular multi-player mode. Why do they sell like hotcakes, to the point that (folks threaten to bomb stores if they can’t get a copy)? I’ll tell you why. Anyone who has had a little taste of this game can’t forget it, because it tastes really good. Of course, Activision is on an every-other-year cycle for the good ‘Call of Duty’ games (‘Modern Warfare’ vs. Old Ass Warfare), so it’s a bit disappointing that more couldn’t be done with this game after two years of development time, but I digress.

So far, I have spent a handful of hours starting the campaign, checking out the matchmaking options and dabbling a bit in the Special Ops mode. Here are my initial impressions: Mama! There’s something special about being thrown right back into the action. Sure, the ‘Uncharted’ series has a much better narrative and a stronger “like you’re in a movie” feeling, but ‘MW3’ is like Activision took the best action movie scenes and jammed you in them. The single-player campaign’s first mission scratched my “I’ve missed the ‘CoD’ campaign” itch exactly right. There isn’t a terrible amount of anything new in the HUD or weapons or character movement or A.I. intelligence, just new set-pieces. But what set-pieces they are! The story is still super convoluted as you jump from mission to mission, but ultimately, this isn’t why you’re playing. The weapons are just as much fun and the gameplay is just as tight as previous ‘Modern Warfare’ titles. 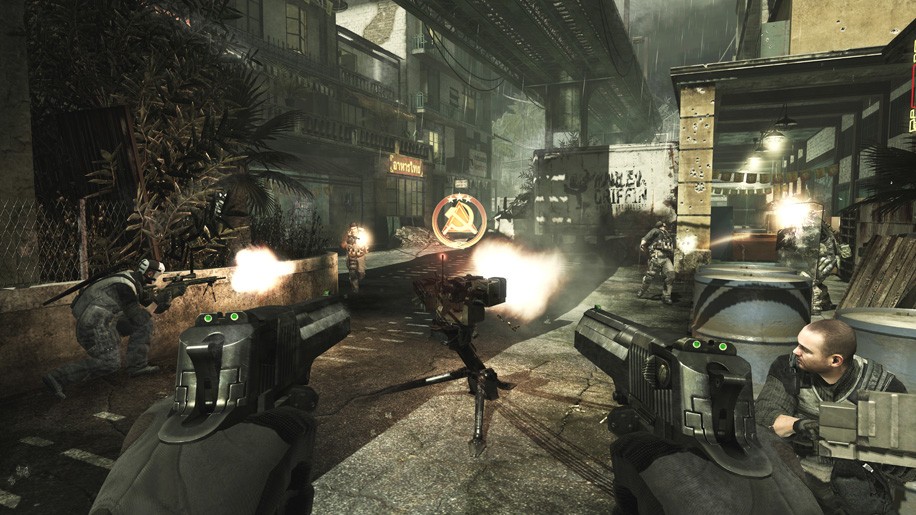 One interesting thing to note is that the game has a warning that one particular scene might be offensive to some players and, like ‘Modern Warfare 2’, you can turn it off if you want. I had to look that up, to see if it would be another Russian airport massacre scene. It doesn’t sound like it’s too bad, at least not as offensive as ‘MW2’. It probably wouldn’t be so offensive if it weren’t so terribly obvious that the developers were going for cheap emotion or thrills. ‘MW1’ had a couple of devastating moments that illicited a bit of an emotional response, but ‘MW2’ was just numbing in the lame attempts. We’ll see how this one fares.

More on the Special Ops and multi-player in my next post, but from what I’ve seen so far, this game has kept all the groovy things from the series, hasn’t added anything crappy, and may just shape up to be the best ‘Call of Duty’ yet.