High-def movies are cool, and they’re even cooler when they come encased in designer armor plating. That’s why we’ve decided to power up a new feature on The Bonus View specifically for these highly sought-after collectibles. Since not everyone is familiar with the idea of media wrapped in metal, let’s kick off “Full Metal Jackets” with a primer of sorts that looks at exactly what a SteelBook™ is and where to find them.

What is a SteelBook™?

Basically, a SteelBook is a metal case created for specific DVDs, Blu-rays or even video games. People like to collect them because they’re usually more stylish than the standard plastic keepcases. In addition, most SteelBooks have limited print runs, which often adds to their value.

It’s important to note that while all SteelBooks are made of metal, not all metal cases are in fact SteelBooks. SteelBook™ is a brand name manufactured by a company called Scanavo. Other companies have similar metal cases like the Ironpack or Metalpak. While visible differences between these may be subtle, technically speaking, these products aren’t quite the same as SteelBooks.

SteelBooks can be exclusive to a specific retailer, studio and/or country. For instance, a wide variety of SteelBooks can only be found at Future Shop stores in Canada. (NOTE: Future Shop currently does not ship to the U.S.), Meanwhile, a few other waves are more widely available (such as the Alliance Canada releases). Europe seems to get the bulk of SteelBook exclusives — particularly France, Germany and the U.K. However, one should always verify region code compatibility when importing movies from these countries. Strangely, there haven’t been many SteelBooks released in the U.S. When they do show up, they’re usually exclusive to Best Buy – with a few exceptions, of course. The Limited Edition SteelBook for ‘Scarface‘ was released to general retail in the United States. 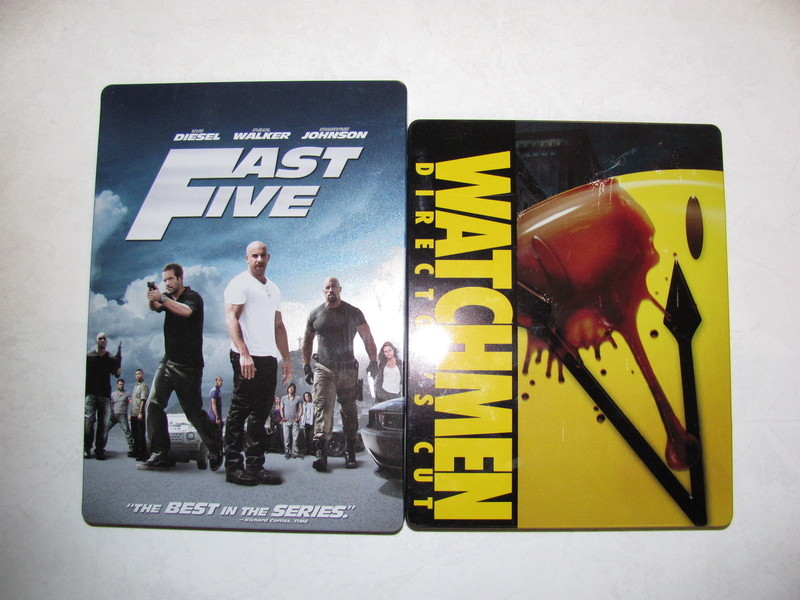 As you can see in the above image, ‘Fast Five’ is a G1 case while ‘Watchmen: Director’s Cut’ is the shorter G2 model. Most people prefer the G2 size for Blu-ray releases. Unfortunately, far too many still get produced using the G1 design.

Some SteelBooks, like the ‘The Lord of the Rings Trilogy’ and Pixar’s ‘Up’, are also quite a bit thicker than regular SteelBooks when the products contain four or more discs. These “jumbo” SteelBooks also usually have some plastic incorporated into the design. Here’s another example showing the different thicknesses: 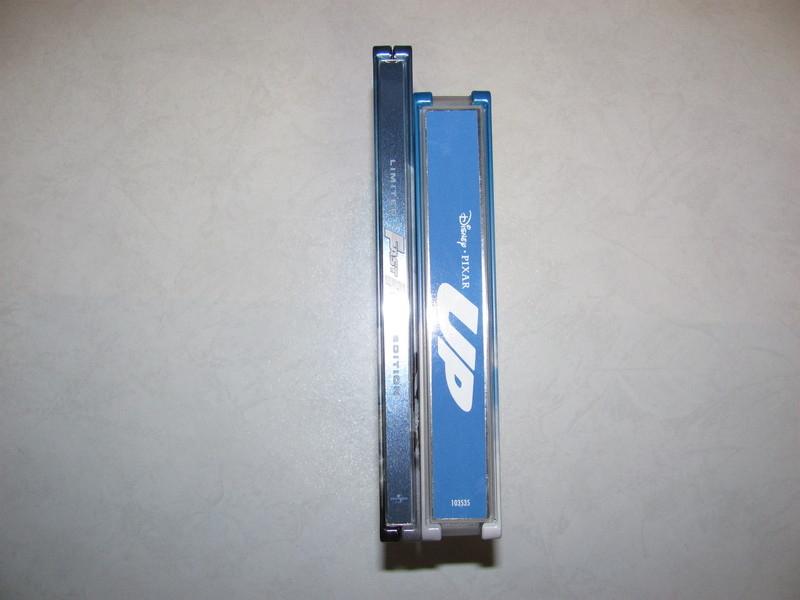 In the above image, ‘Up’ is roughly twice as thick as ‘Fast Five’. ‘Up’ is also technically a G2 style SteelBook because of the height.

SteelBook™ Durability
SteelBooks may be crafted out of metal, but they are not indestructible. In fact, they are pretty easily prone to dents and scratches. As such, they should be packaged carefully when shipped through the mail, and it’s best not to drop one.

Well, there you have the basics of SteelBook collecting. Hopefully, I didn’t leave anything out and this all made sense.