Honestly, I should have expected that ordering a SteelBook from Best Buy shipped to my home address would be problematic. In this instance, I felt that I didn’t have any other option. Of course, it arrived smashed up and dented, and now the retailer is out of stock on replacements. Thanks for nothing.

As a SteelBook collector, I buy a fair amount of Blu-rays from Best Buy. In most circumstances, I try to order them for in-store pickup to minimize the risk of an item getting damaged in shipping. I normally would have done the same for Avengers: Endgame, but somehow I got confused and thought I had preordered a copy of the Ultra HD SteelBook in advance, only to discover later that I never actually placed the order. By the time I realized this, all stores in my area were sold out of the SteelBooks. Fortunately, the bestbuy.com web site still showed some in stock last week, although only available for shipping with no in-store option. That wasn’t my preference, but it was better than missing out on a limited edition item… or so I thought.

The SteelBook arrived this week. As soon as I saw the flimsy bubble mailer envelope, I knew I was in trouble. I’d remembered Best Buy doing this in the past and had heard horror stories about destroyed SteelBooks, which is why I typically avoid this option. 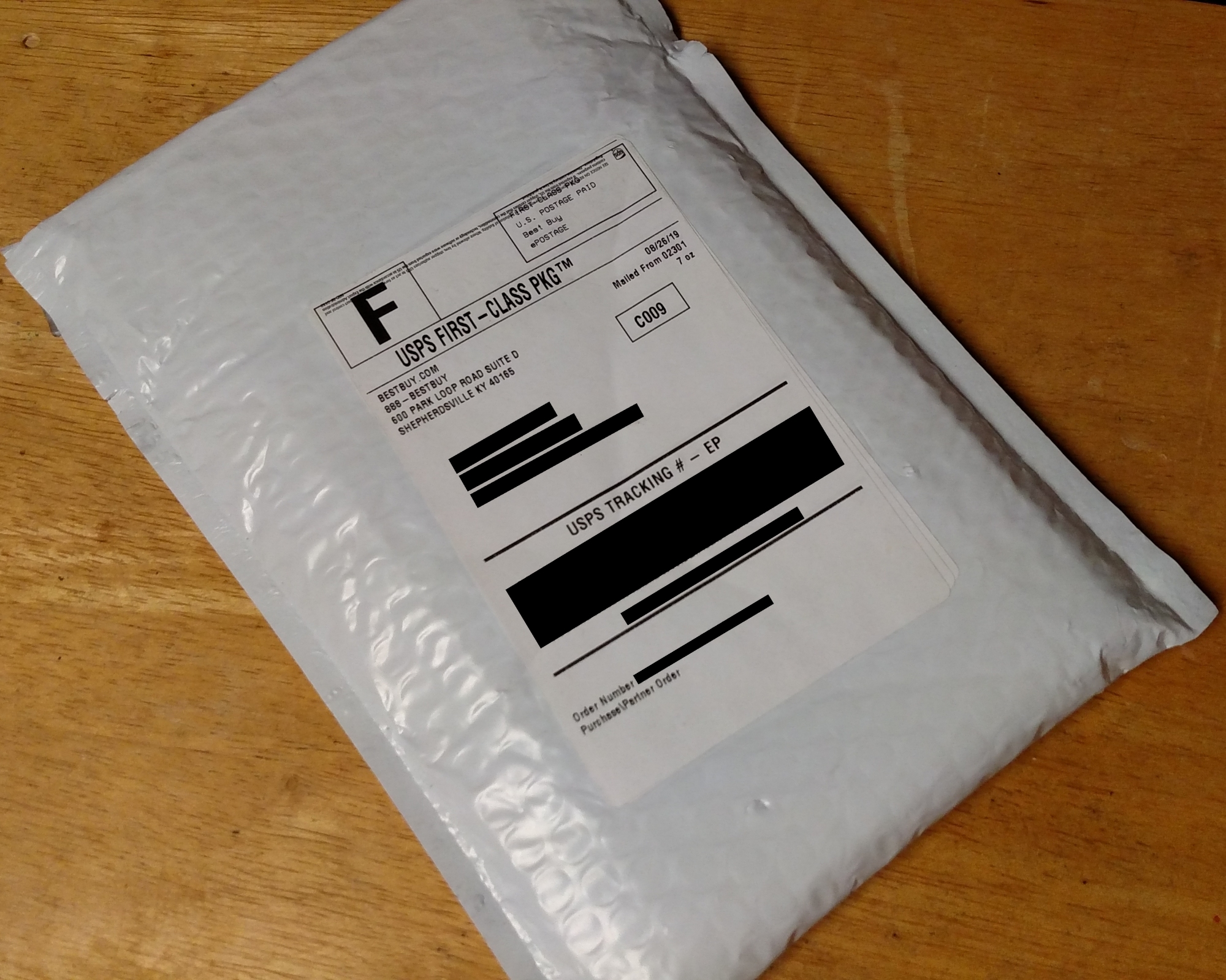 Sure enough, as soon as I opened the envelope, I found a big chunk of the shinkwrap already torn off. 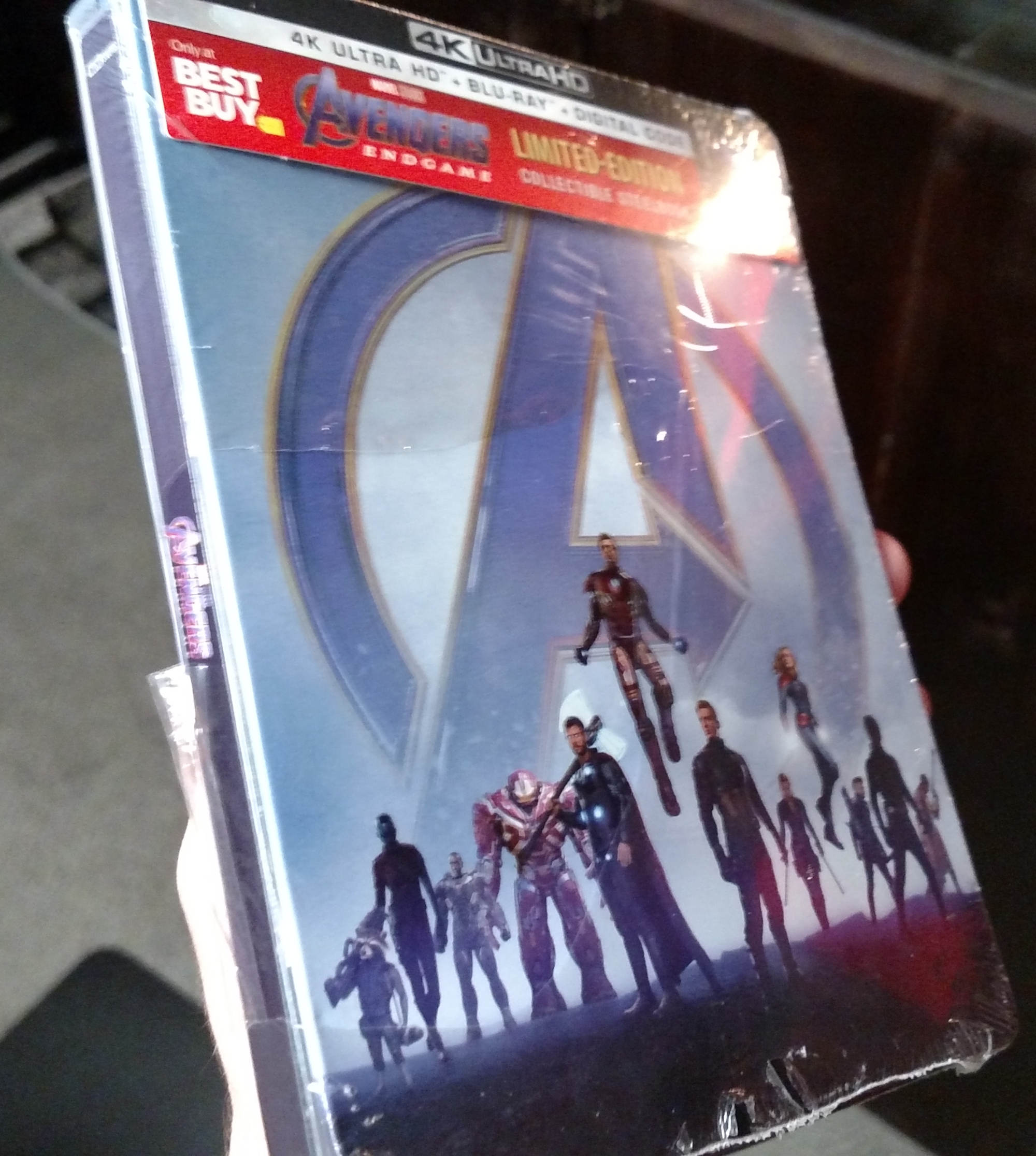 Some issues were visible even through the shrinkwrap, but I didn’t have a good view of exactly how wrecked the case was until I opened it and removed the cardboard backer. 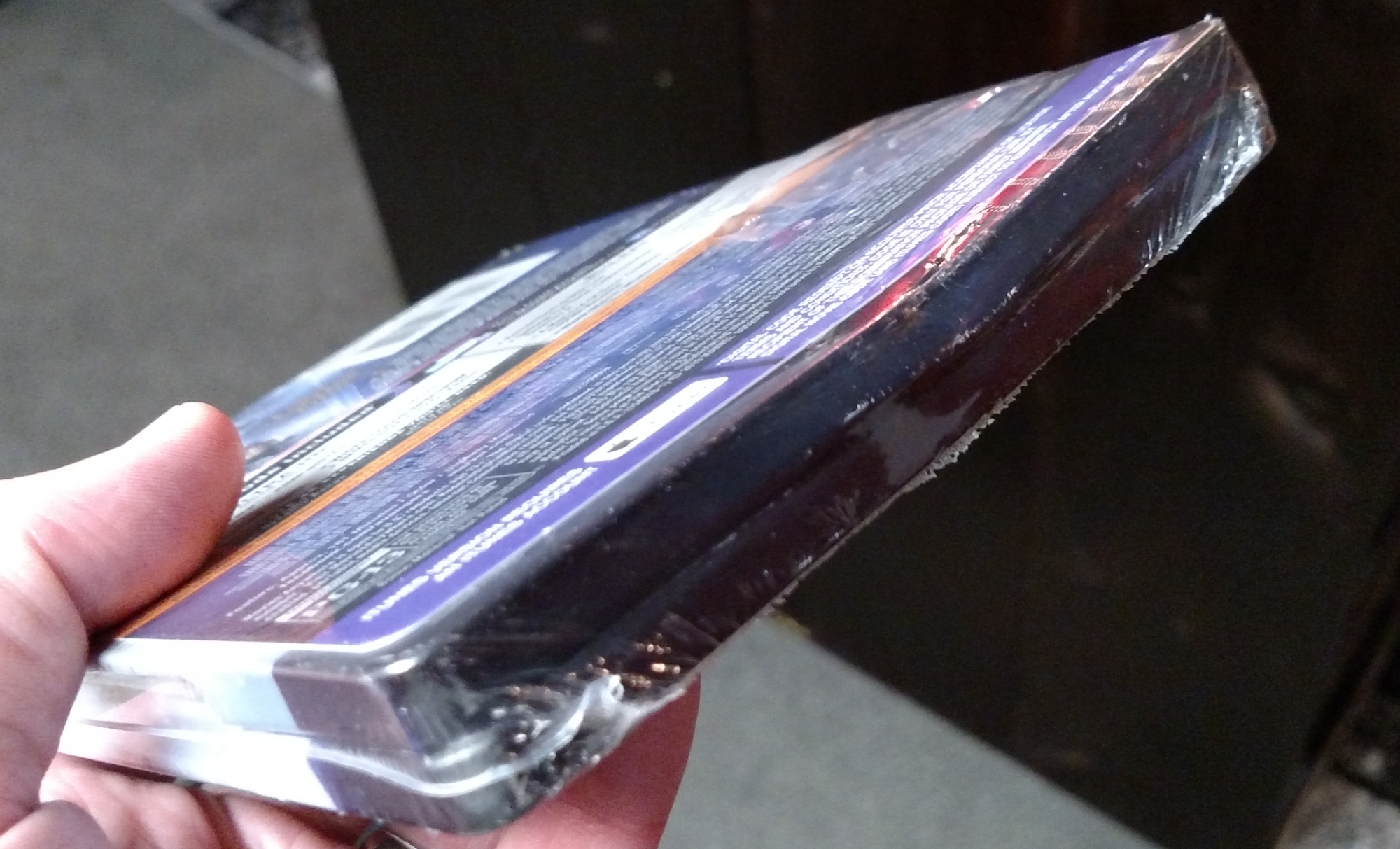 The bottom of the case is mangled with scratches, dents, and warping. The back cover also has a significant dent. 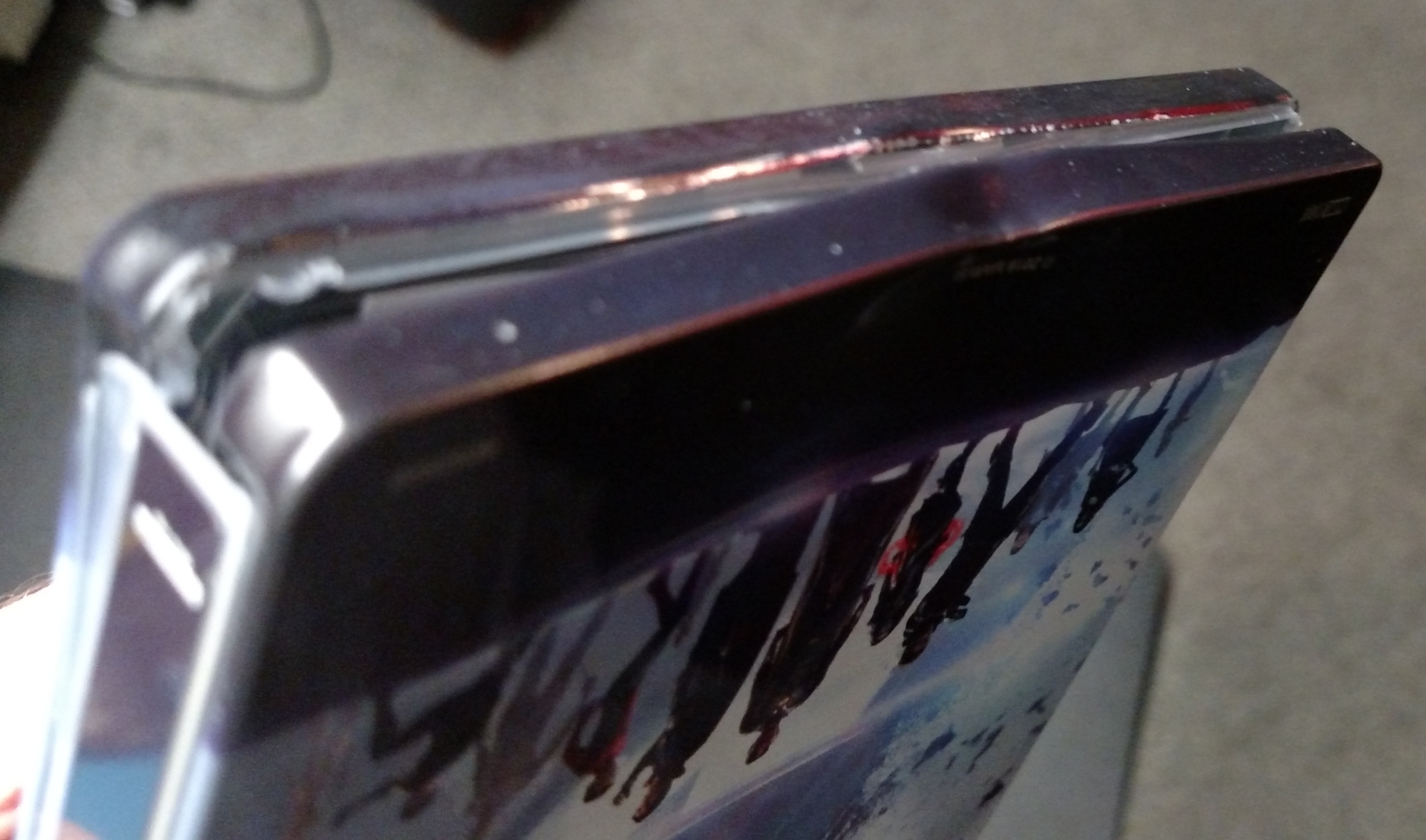 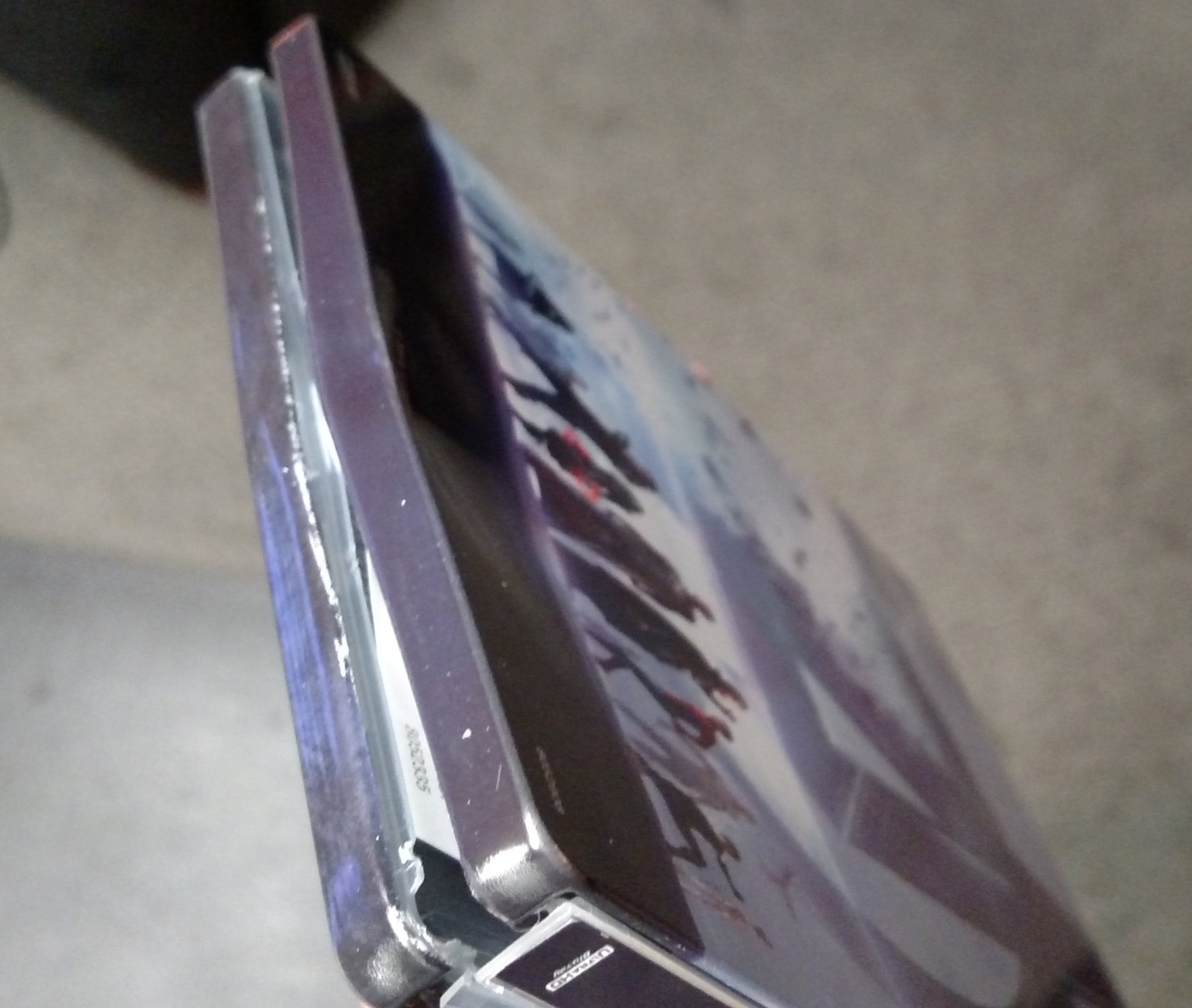 I might have tried to gently hammer these out, but then I noticed that the spine of the case has started to separate from the front and back. The plastic seam holding it together has split. This cannot be repaired. The case is ruined. The order cost me $40 after taxes and shipping, and there’s simply no way I’m accepting it in this condition. 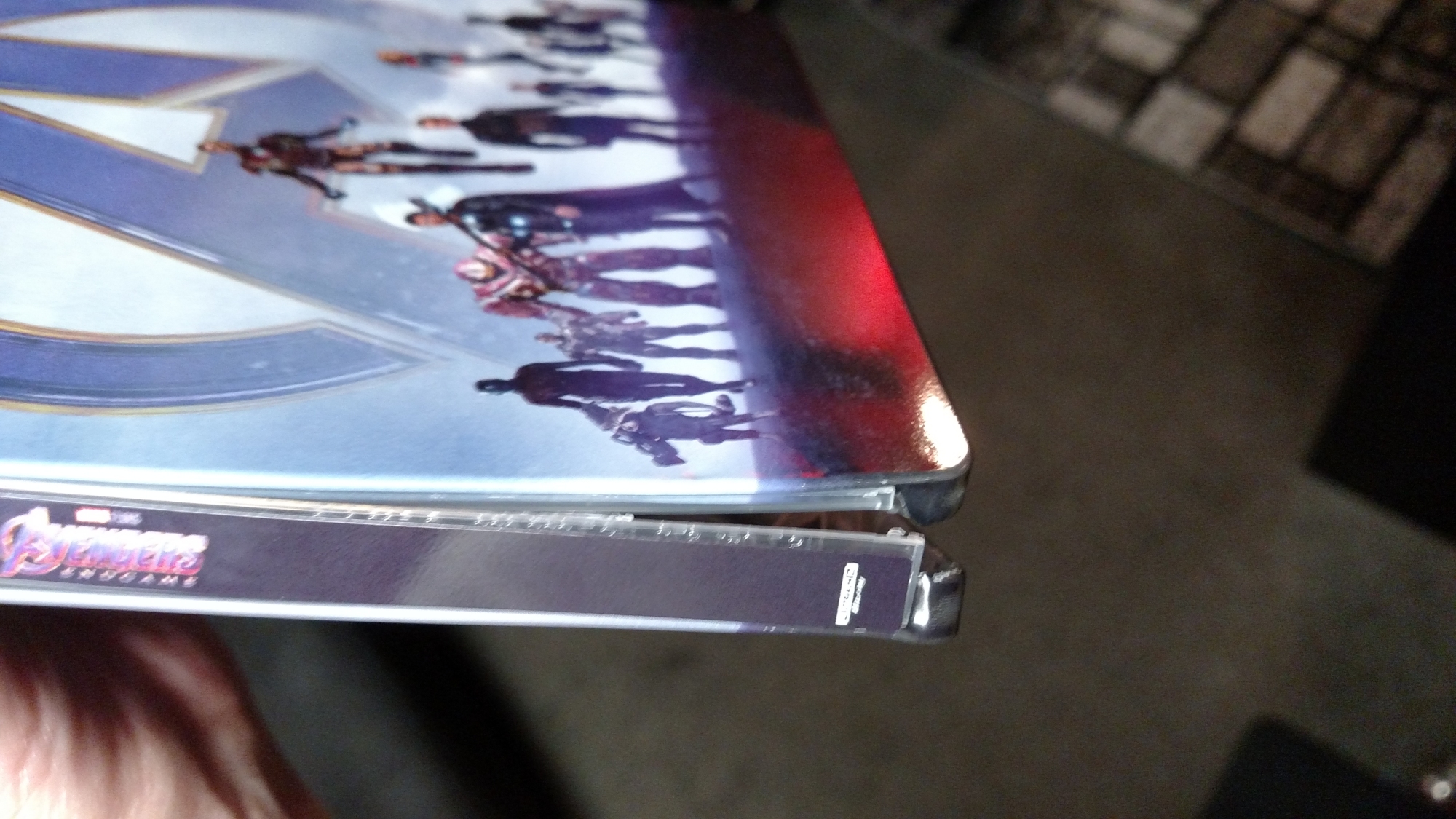 I called Best Buy customer service to ask for an exchange, but by the time this copy arrived, the company had sold out of all Endgame SteelBooks, both online and in stores. My only option is a return and refund.

Thankfully, all is not lost. Zavvi carries the same SteelBook in the UK. Although that retailer had previously reported the Endgame SteelBook as sold out, the listing recently opened up again when additional copies came in stock. I was able to order one there and it should be on the way.

Zavvi, unlike Best Buy, usually ships its SteelBooks in boxes to protect them from this kind of damage.

All of this is enormously frustrating. It’s a lesson I should have learned previously, but I momentarily felt desperate in this instance and ordered anyway, hoping for the best.

Never again. Best Buy’s ship-to-home option should never be used for Blu-ray SteelBooks or any other merchandise that might in any way be fragile. If you need to order a SteelBook from Best Buy online, always choose in-store pickup.