Rise of the Xbox One.

Today is the day of the Xbox E3 2015 Briefing, (as well as several other big press conferences). Of course there is going to be 'Halo 5,' and 'Rise of the Tomb Raider,' but that may just be the tip of the spear. ('Gears,' anyone? How about something classic from Rare?)

From the Galen Center: 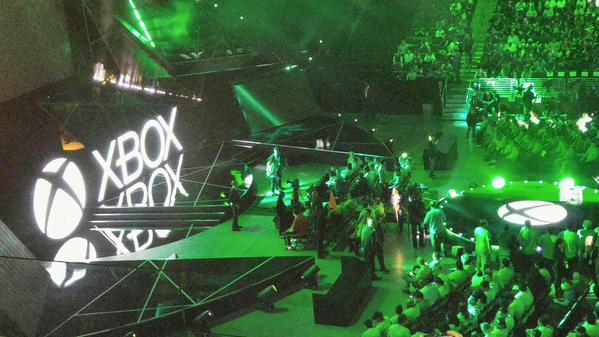 The conference is going to be livestreamed below:

The initial montage starts with 'Rise ofthe Tomb Raider,' with 'Halo 5' and 'Gears' mixed in.

Up next is campaign action (gameplay) from 'Halo 5.'

There is a new, modular, Elite Xbox One Wireless Controller revealed.

'Tom Clancy's 'The Division' getting a Xbox One beta in December.

Here are some other important E3 coverage links: