War-fighting, sky-landing, and the search for new arcade-like horizons… This week’s slate of videogame releases even has a critical darling to go with the heavy hitters.

When ‘Medal of Honor: Warfighter‘ was revealed, EA trumpeted how the game’s settings, factions and equipment are meant to be true to real-life hot zones. That’s a bit too real for my tastes. It doesn’t help my interest level that the current ‘Medal of Honor’ series is junior in prestige to EA’s own ‘Battlefield’, and that I was disappointed with last year’s ‘Battlefield 3’. Still, captures of the PC version of the game look slick, and the single player story looks to be head and shoulders above ‘Battlefield 3’.

The first ‘Skylanders’ title executed an incredible sales concept: Action figures that could be used in a video game. What’s more, the design of the game encouraged and often insisted that the player swap in different ‘Skylanders’ figures (each of which has attributes representing one of eight elements) during gameplay to access different level areas and even new content. Unfortunately, the console version of the game was lacking in the level design department, but still fun for younger players. With the incredible success of the figures, I hope that the developer, Toys for Bob, has managed to apply lessons learned from the first game. Either way, ‘Skylanders Giants‘ is likely to be an even bigger sales success.

There’s no way of getting around it. ‘Forza Horizon‘ is not a game for me. The game entails driving around a re-creation of Colorado while seeking various racing events and collecting cars in a flashy, racer fantasy. Unfortunately, the physics sway too far towards an arcade racing experience rather than any of the four ‘Forza Motorsport’ titles of the namesake. This makes the game feel like playing an old PS1 ‘Ridge Racer’. The music, shaky cam and rad narrator do nothing to conceal how you can hit an oncoming car head-on at 140+ mph and barely be slowed down. If anything, the game just makes me pine for the new ‘Grand Theft Auto’, where the crazy driving and lifestyle elements are way more engaging.

Not the kind of game that’s likely to be acknowledged in something like ‘Wreck-it-Ralph’, ‘The Unfinished Swan’ is an independent gem from a new developer, Giant Sparrow. Playing as Monroe, the orphaned son of the painter of many an unfinished painting, you become drawn into a mysterious kingdom concealed by the canvas. Your only clue is to search for the swan that formerly occupied the painting. As the player encounters a solid white environment, the only option is to shoot gobs of black paint in order to reveal the surroundings and how to proceed. The catch, as far as the gameplay goes, is to refrain from using too much paint, since making everything solid black tends to deny a necessary visual contrast. The results are stunning. As the whimsical aspects of each area are revealed, the game is altogether enchanting. PS Move is supported, but not required.

If you have ever watched ‘The Omen’ and thought, “Wow, if I were a powerful child Antichrist, I’d kill loads of people in various nefarious and demonic ways,” then ‘Lucius’ seems to be tailor-made with you in mind.

Details are sketchy at best, but the first game to utilize the Xbox 360’s much ballyhooed SmartGlass feature will supposedly be available this Friday. ‘Home Run Stars’ looks like a mini-game worthy of avatars. While little has been seen or heard of the title, it seems to check quite a few boxes. Not only is the game Kinect based, it also supports Avatar Famestar, a feature nearly as fun as its name, where the player can unlock Avatar rewards like costumes and props by playing the title. SmartGlass comes into play for 2-Player mode. One player bats with Kinect while the other pitches with SmartGlass. (As of this moment, SmartGlass operates through the My Xbox companion app.) 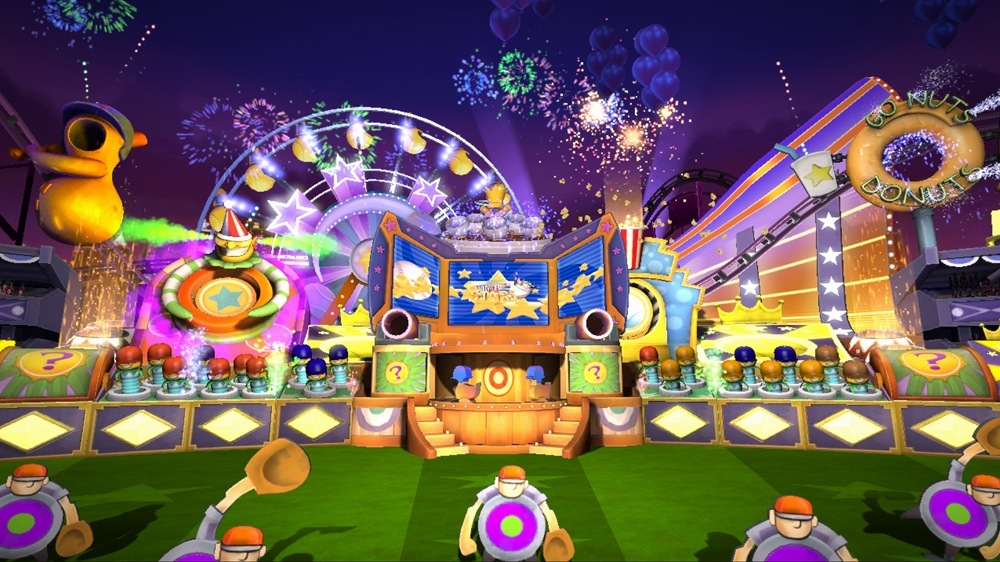