It’s a pretty big week for games, even if there aren’t too many titles for core gamers. You’ve got yet another $60 ‘Rock Band’ expansion and a golf game hitting shelves this week, but the PSP holds strong with a visual novel and, of course, ‘Metal Gear Solid: Peace Walker.’

‘Peace Walker’ isn’t just another ‘Metal Gear’ port or non-canon title like the rest of the PSP versions. It’s the first portable ‘Metal Gear’ game to bear the mark of Hideo Kojima as a 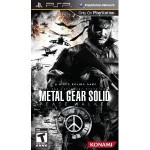 designer, which should get fans plenty excited. What might make it a bit less exciting is that the game has a heavy emphasis on co-op. That probably works better in Japan, where the population is denser, mass transit is more common and, well, people actually play online with their PSPs.

If you’re a golf fan, you’ll probably want to play this. But that goes without saying, doesn’t it? I’m not a golf fan, but I enjoy a good golf game, even if the last one I actually owned was ‘Jack Nicklaus – Power Challenge Golf’ for the Genesis. Since it’s Monday night as I’m writing this, there aren’t any reviews of the new title up – save Nintendo Power’s (only available in the print magazine). Hopefully it’s better than the last few. Maybe if it’s well made, Tiger won’t have to apologize to Penny Arcade after all.

What is there that needs to be said about ‘Green Day: Rock Band’ that hasn’t been said about the umpteen music games that preceded it? It’s like ‘Guitar Hero: Metallica’ or ‘The Beatles: Rock Band.’ But this isn’t Metallica or The Beatles; this is Green Day. Don’t like Green Day? Don’t buy this game. If you do, then go nuts with it. 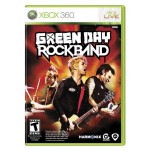 I really wish this had been tackled by the ‘Guitar Hero’ folks instead of the ‘Rock Band’ team. It would have been great to see some other bands on the list that influenced Green Day, like The Clash, or Stiff Little Fingers as noted by another famous Dick. You know, the guy that works over at Championship Vinyl.

Yes, it’s a visual novel based on the ‘Disgaea’ series. No, it’s not going to sell well. But c’mon, how often do these come to the U.S.? For that reason alone, ‘Disgaea Infinite’ is worth a look. It’s interactive fiction with a heavy emphasis on the fiction, but it’s from the folks behind ‘Disgaea,’ which is one of the more humorous games around. It might not be your thing, but hey, it might.