E3 week is the time to get excited about games! Well, it’s time to get excited about potential games anyway. Games that don’t yet exist in their full form. Games that might not be ready for a year or more. In other words, games that aren’t coming out this week. If you’re really fixing for a new game, well, there are games coming out. But, you know, not the kind you’d want to play.

Just think of it. The summer lull has begun and it’s the perfect time to start going back through those games you know you need to get to. ‘Okami’ isn’t going to finish itself! If for some reason you just want to buy something new, you’ve got two real choices. 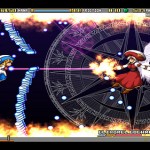 Boy, you better hope you like “bullet hell” anime-style shooters, because this is the single best thing coming out this week. In fact, it might be the only good thing. Despite the awful name and deceptively cute art, ‘Gundemonium’ is actually a pretty well-respected franchise. More importantly, it’s one of the few side scrolling shooters you’ll find these days, and one of the even fewer that’s worth playing. Oh, and it’s only $15 for the whole collection on PSN. Not bad!

Do you love games based on movies? Wait, what if I told you that it was the third in a series of family movies? Yeah, sounds like we’ve got a winner on our hands. ‘Toy Story 3’ will almost certainly be a movie worth watching, but licensed games are usually awful more often than not. There are exceptions, of course. Unfortunately, the developers (Avalanche Studios) don’t exactly have a history of great titles under their belt.