Of the many different DVD and Blu-ray box set configurations that have been released over the years, something about the idea of storing the discs in a metal lunch box appeals to me. I don’t even know what it is, really. Perhaps it’s just fond memories of the lunch boxes I carried to school as a child. On a few occasions (not too many, but a few), I’ve found myself buying disc sets simply because they’ve come packaged in nice lunch boxes – even though I probably could have obtained the lunch box separately though other means if I’d had enough interest. Such was the case back in the day with the DVD release of the anime series ‘Serial Experiments Lain’, which I knew little about at the time, except that I had the opportunity to grab a (supposedly) limited edition lunch box off the shelf at a Suncoast Video (or maybe it was a Sam Goody’s) while fans of the show were scrambling to find copies online.

My initial plan was to resell the whole package on eBay at a profit if I didn’t wind up liking the show. It turns out, however, that I thought the series was pretty good and decided to hang onto it.

‘Lain’ is a 13-episode series that follows a young schoolgirl who becomes obsessed with a virtual computer community called “The Wired,” which is presented as a world of abstract images and ideas that are often only half-explained, after one of her classmates commits suicide, yet seemingly continues to send emails from beyond the grave. The show is slow, eerie and darkly surreal. It has a moody atmosphere and existential story themes that explore issues of identity, religion and philosophy. Like any challenging work of art, it leaves itself open to interpretation and analysis, and doesn’t hand the audience easy answers.

Pioneer Entertainment (later Geneon Entertainment) released the series across four DVD volumes of three to four episodes each. Initially, the discs could be purchased individually (at some ridiculously high price) or together in the following full-size metal lunch box. The lunch box package also included a CD sampler album from the American band Boa, which performed the show’s theme song. Later on, after the lunch box went out of print, Pioneer bundled the discs into a standard cardboard slipcover. I’m pretty sure that set dropped the CD, though.

Aside from the very nice artwork on the lunch box, there’s nothing too elaborate about this package. It’s just four DVD keepcases (the same ones sold separately) plus a CD inside a lunch box. Still, it’s quite lovely. Click on any of the below pictures to enlarge. 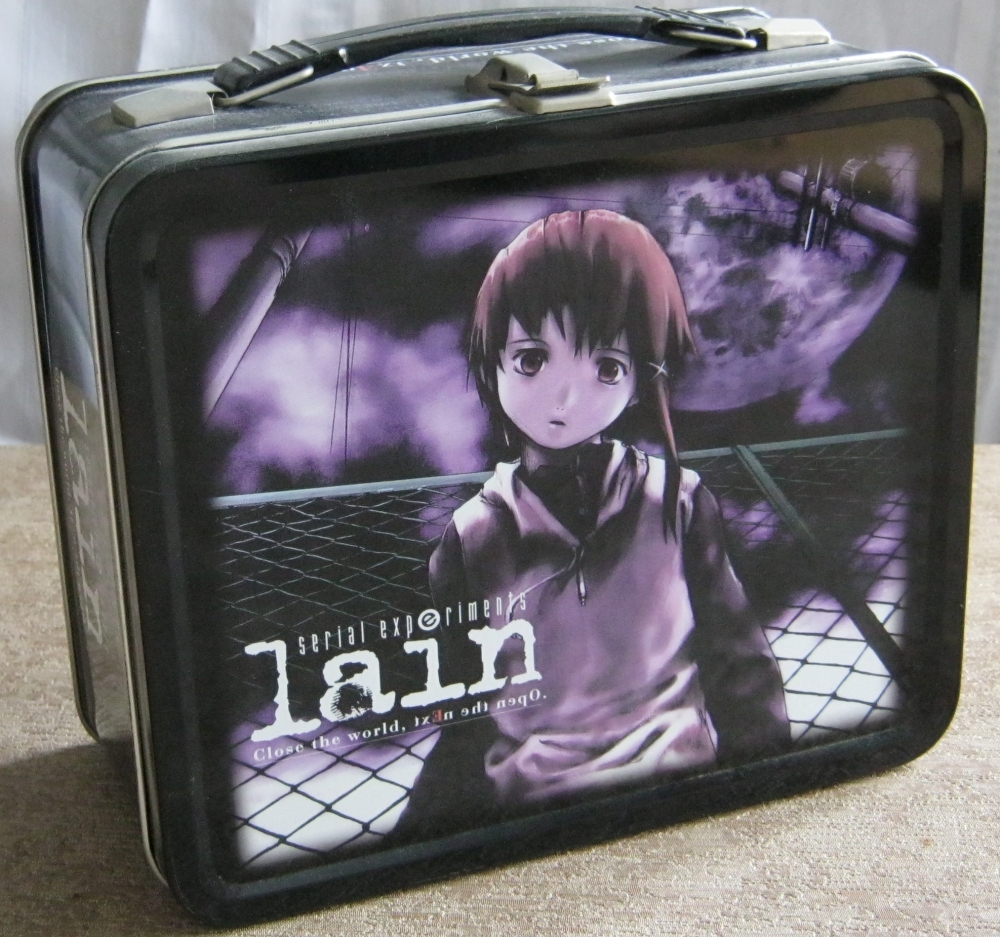 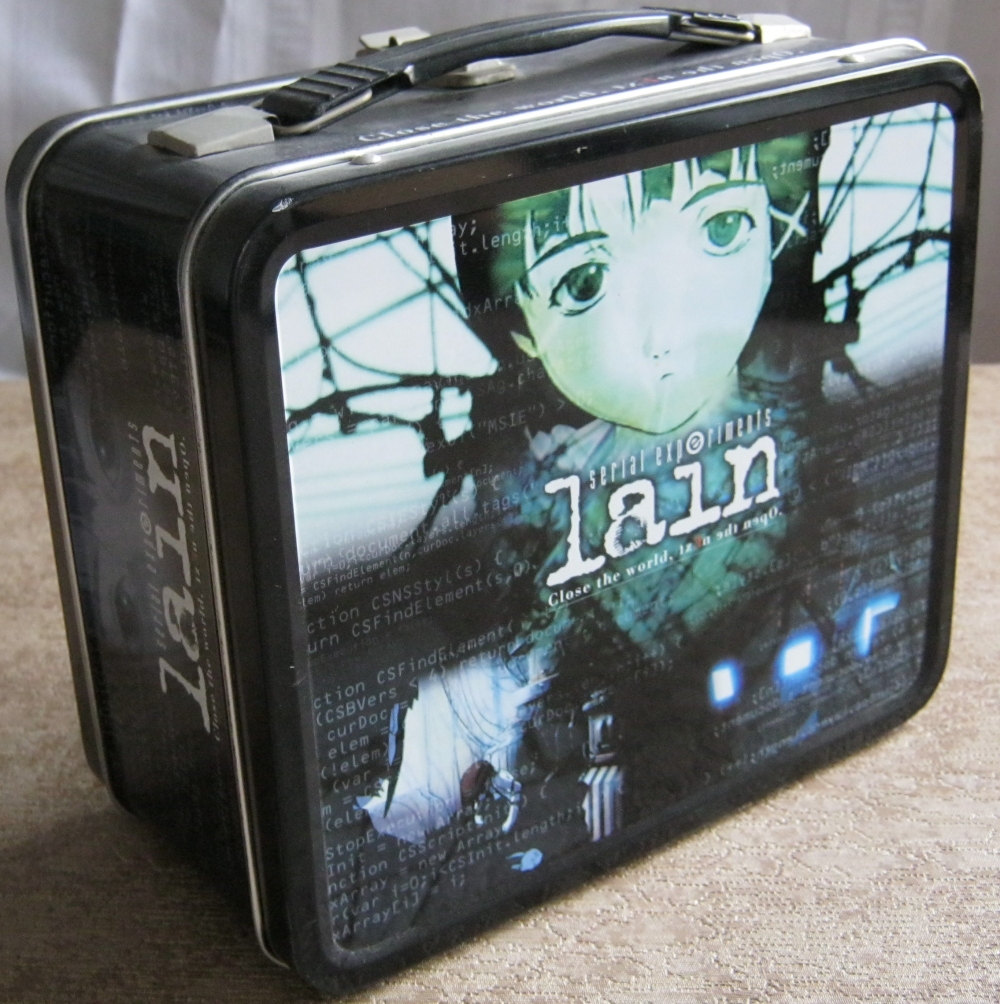 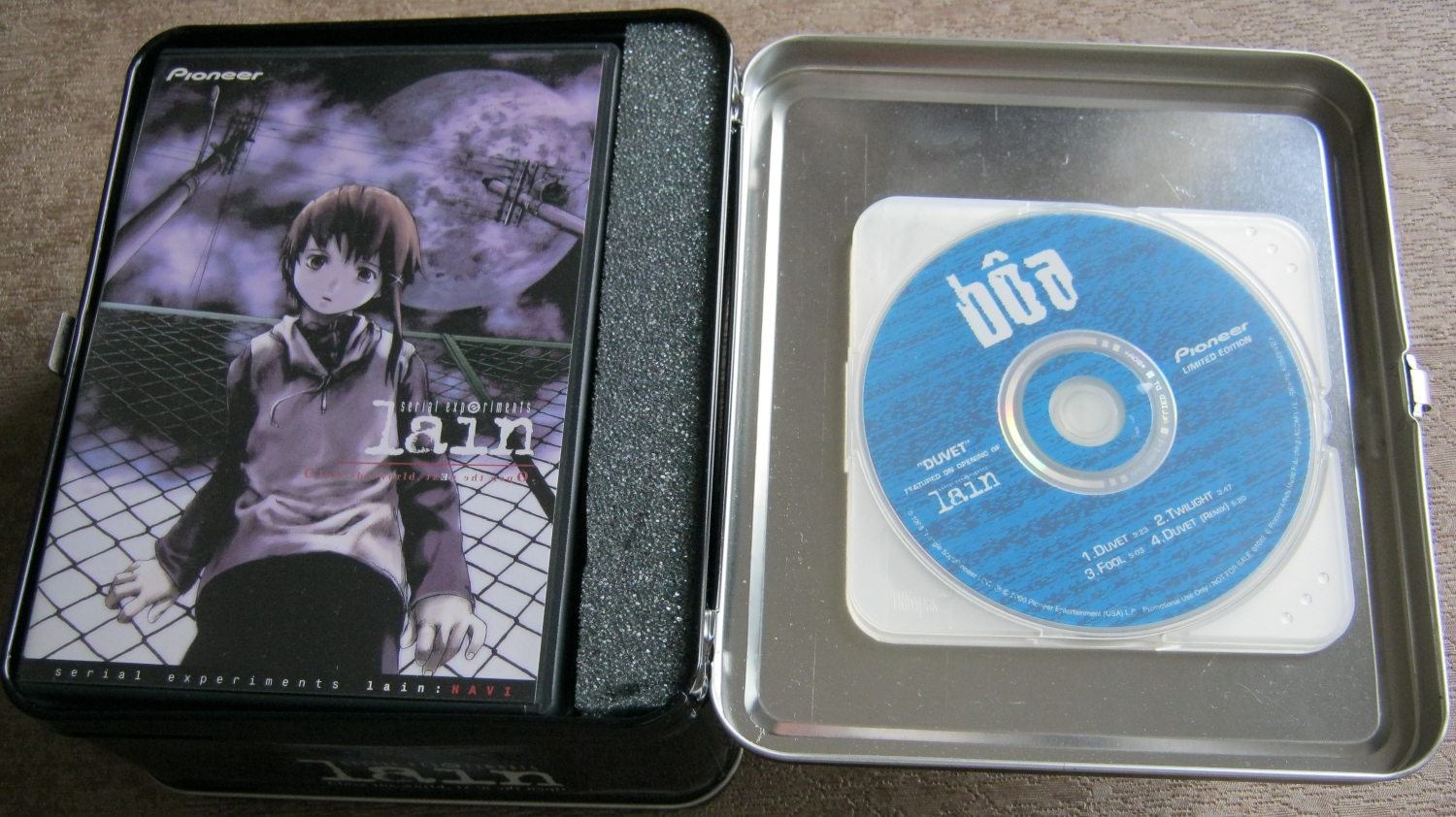 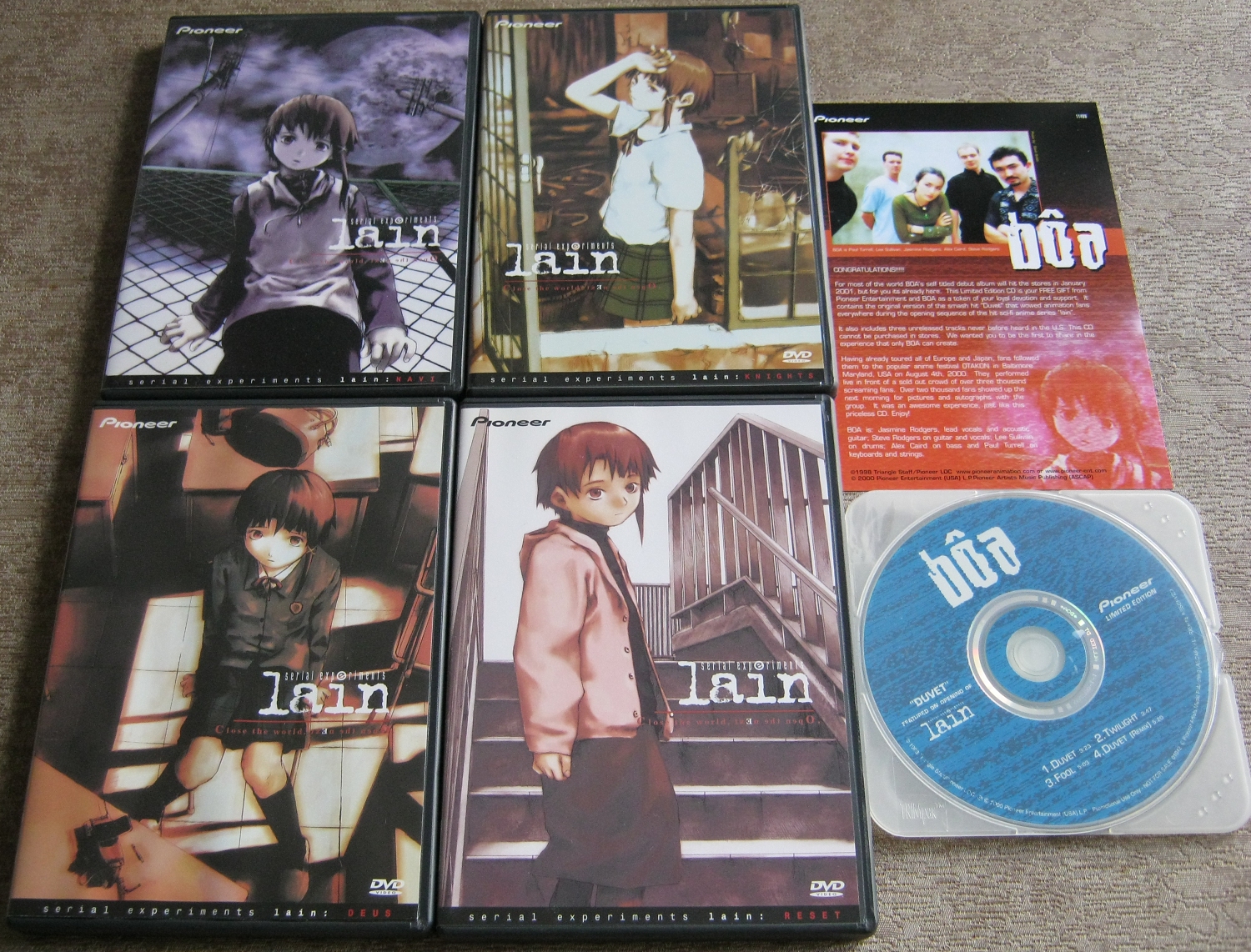 I haven’t watched these discs in years. As I recall, the DVD transfers were badly edge-enhanced, and would probably look pretty crappy by modern standards.