The new remake affords me an excuse to pull another Disney classic off my Laserdisc shelf. People seemed to enjoy looking at my Toy Story LD box set, so here’s a peek at how The Lion King was treated on the big, shiny discs.

It truly cannot be understated what a cultural phenomenon The Lion King was in 1994, captivating both children and their parents. In addition to the standard video editions on VHS and LD, Disney was savvy enough to cater to adult fans with this Deluxe CAV Letterbox Edition box set, released in September of 1995 at a hefty retail price of $124.99.

Inside the thick cardboard box, a tray slides out from the right side to reveal the contents. Housed within are two Laserdisc jackets and a folder holding concept art lithographs. 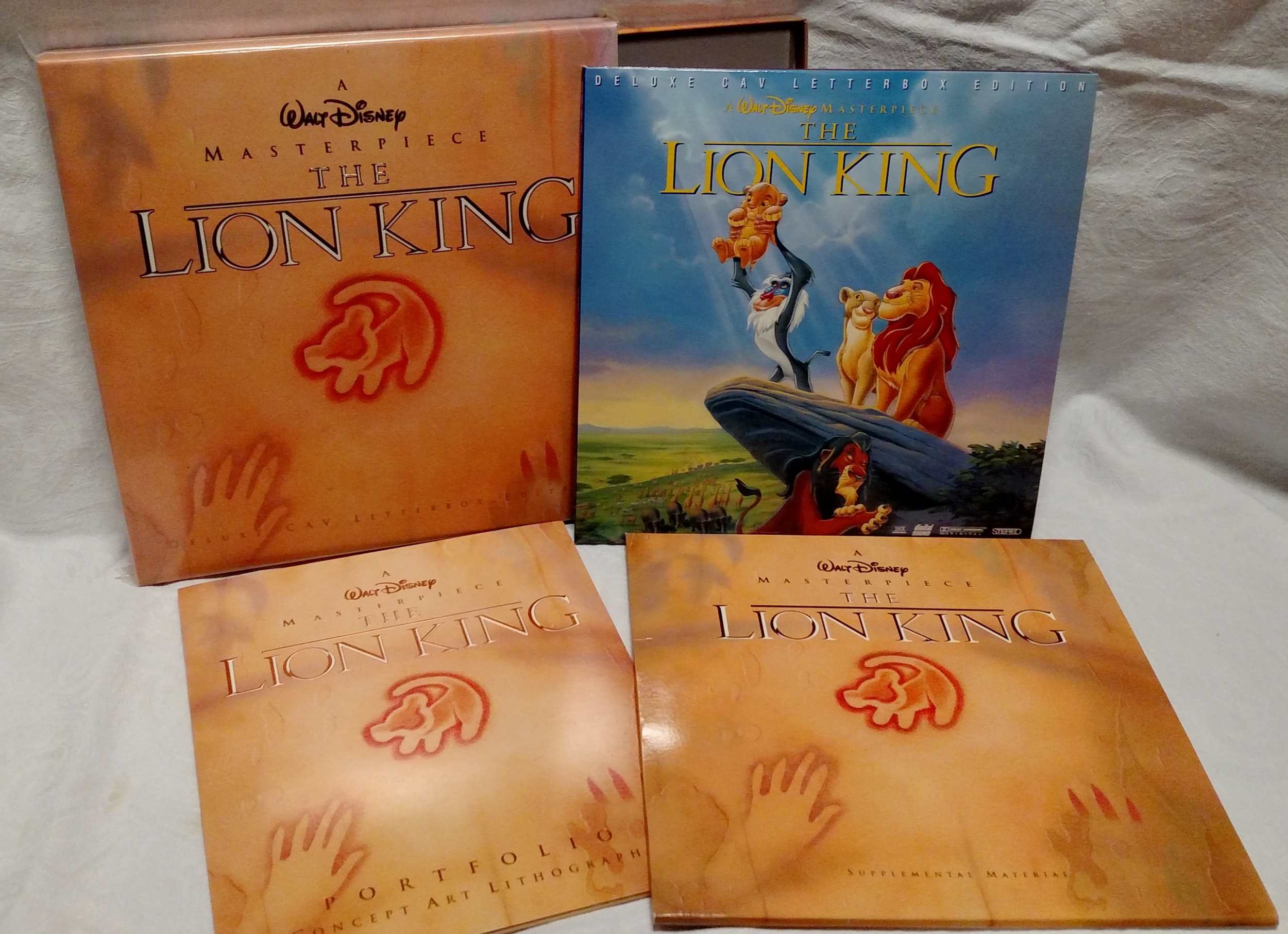 The movie is spread to four sides across two discs, which means three side breaks during viewing. Even in CAV format, which could only store a half-hour of video per side, the 88-minute movie could have easily fit on three sides. I imagine that the disc authors were either very selective in choosing natural pauses for the breaks, or simply needed an excuse to fill both discs without leaving a side blank.

The movie discs are stored in a jacket with the same front and back cover art as the standalone CLV edition, but with the addition of a nice gatefold for a classier presentation. 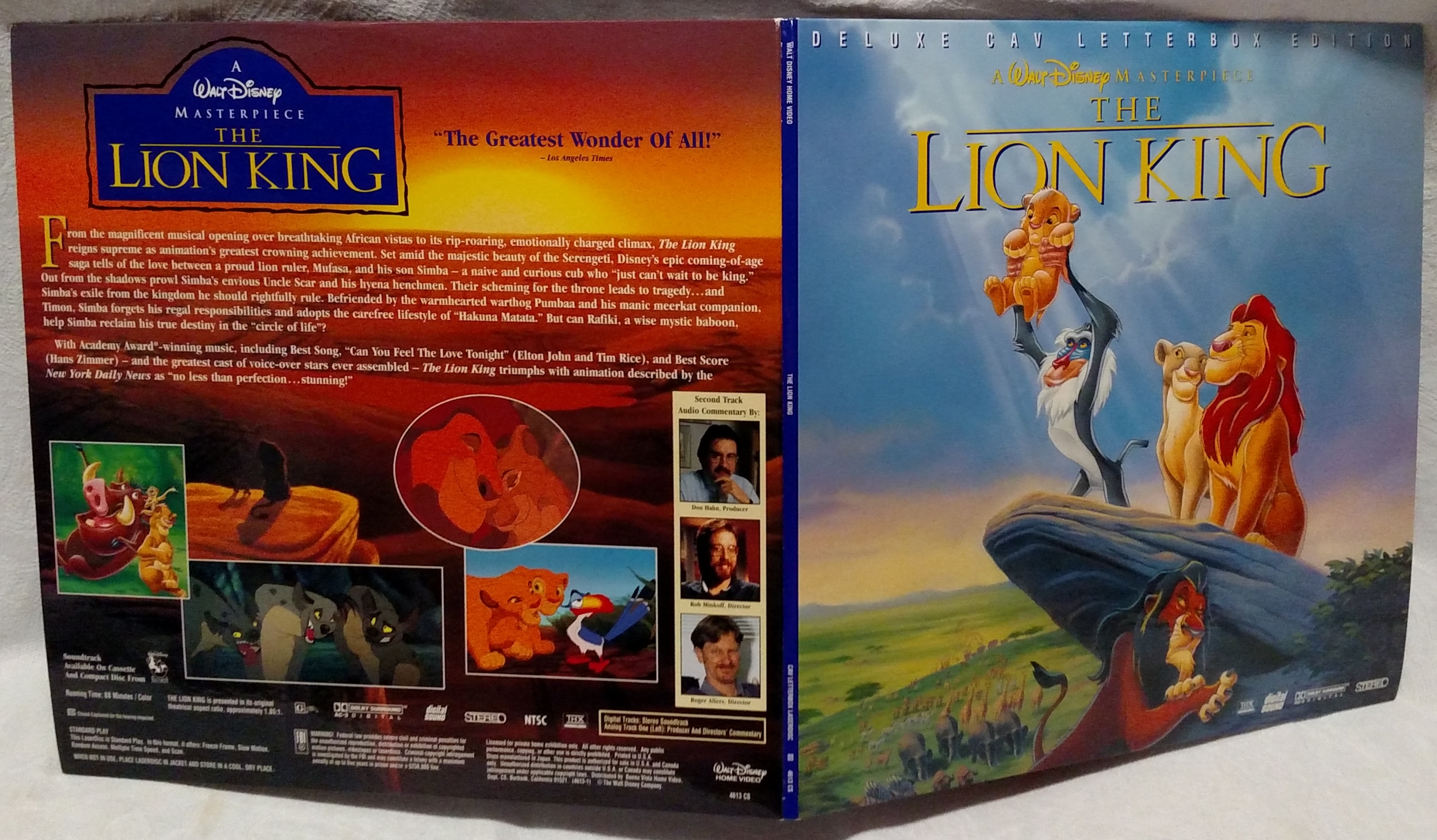 The two supplement discs are loaded with bonus features, but are held in a simple jacket with no gatefold. 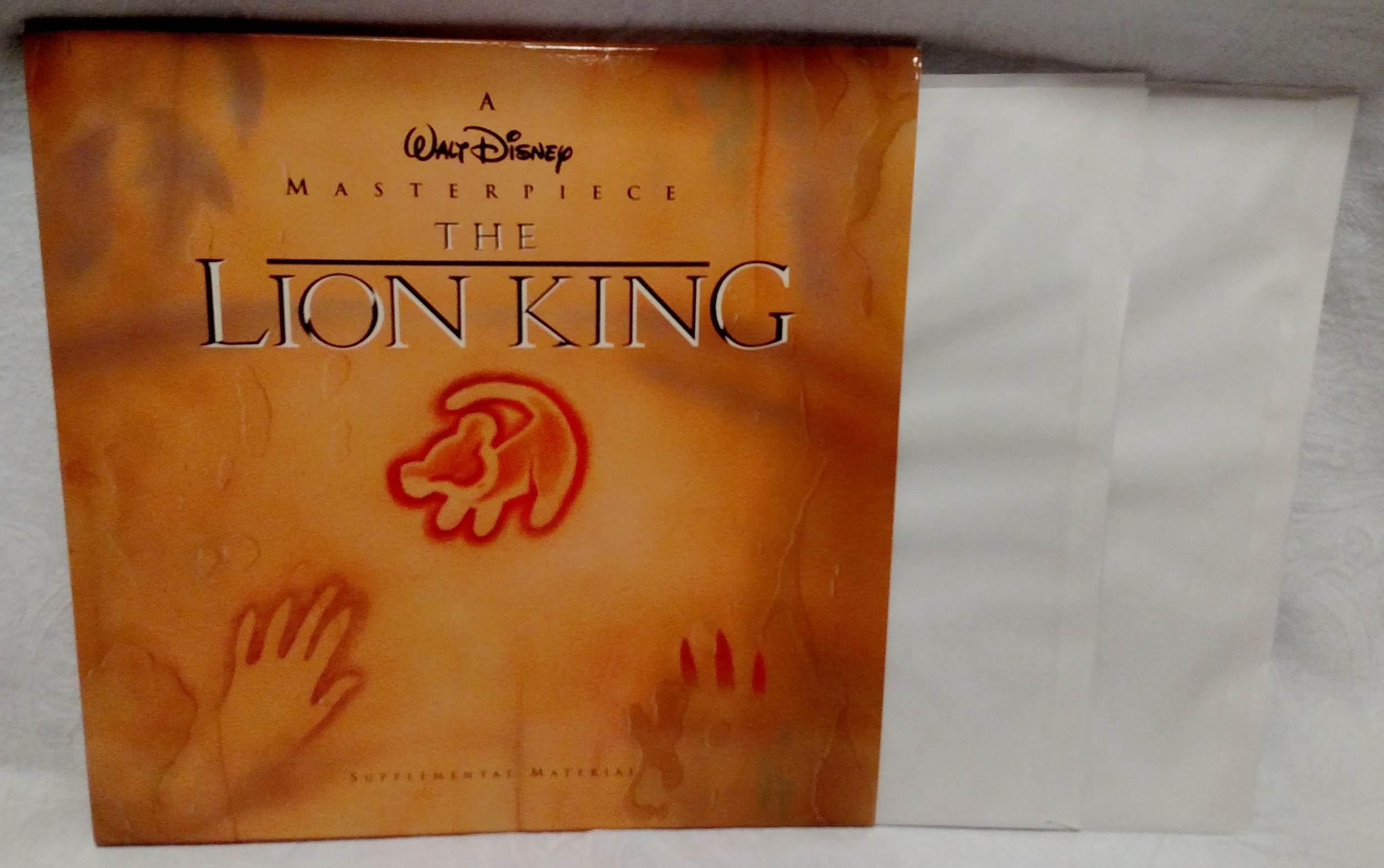 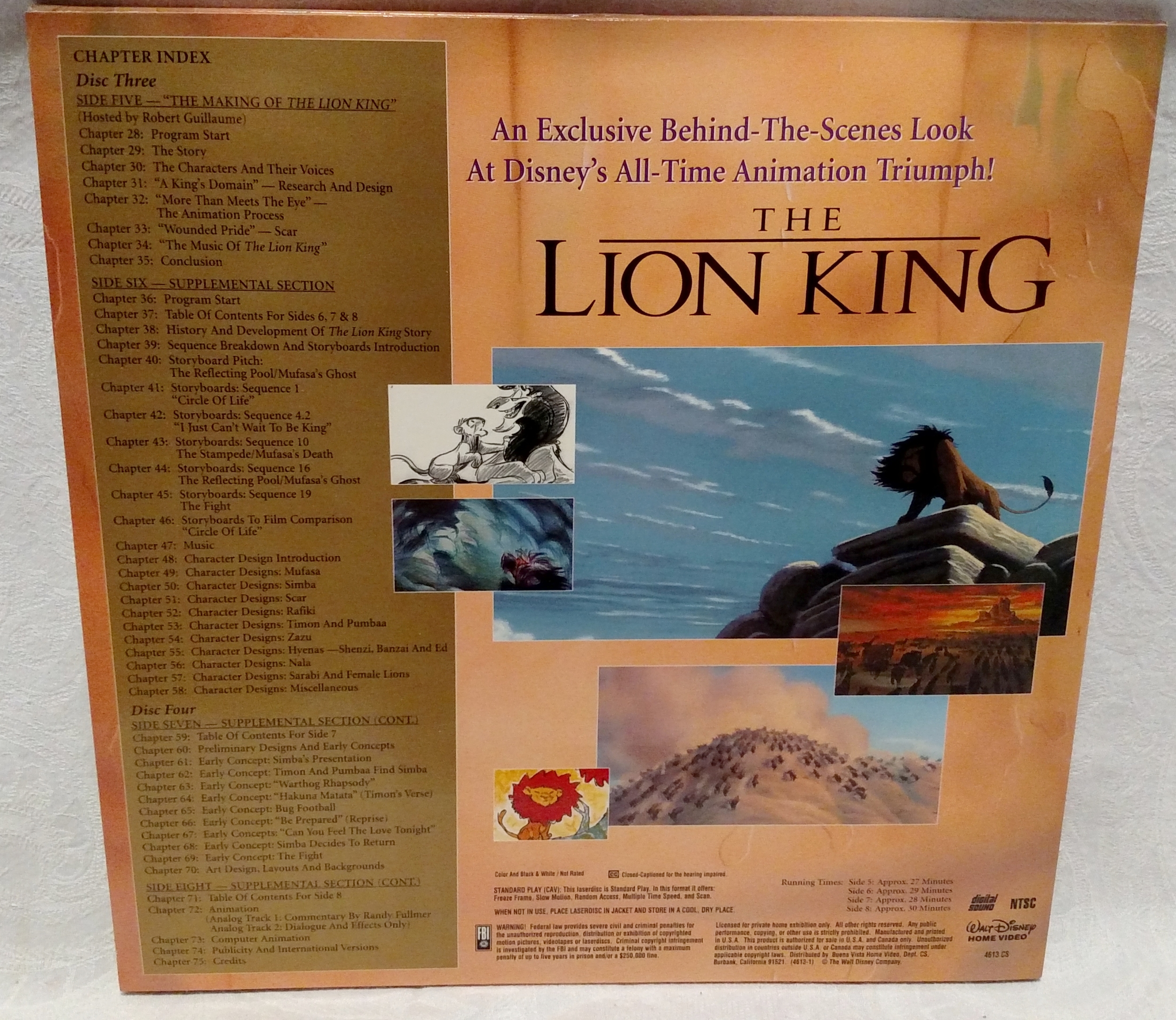 Finally, here’s the lithograph sleeve and the artwork inside. Click any of the images in this post to enlarge. 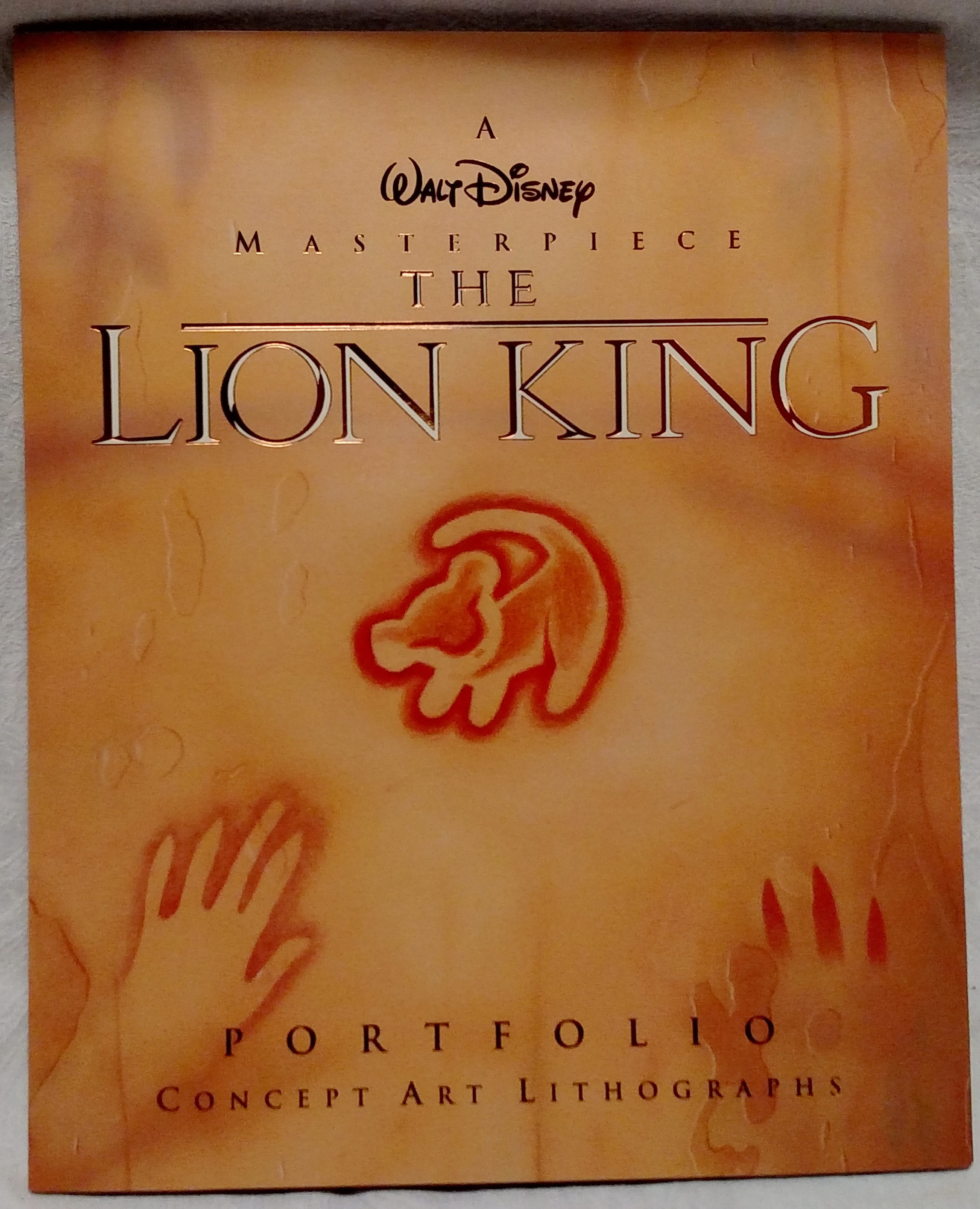 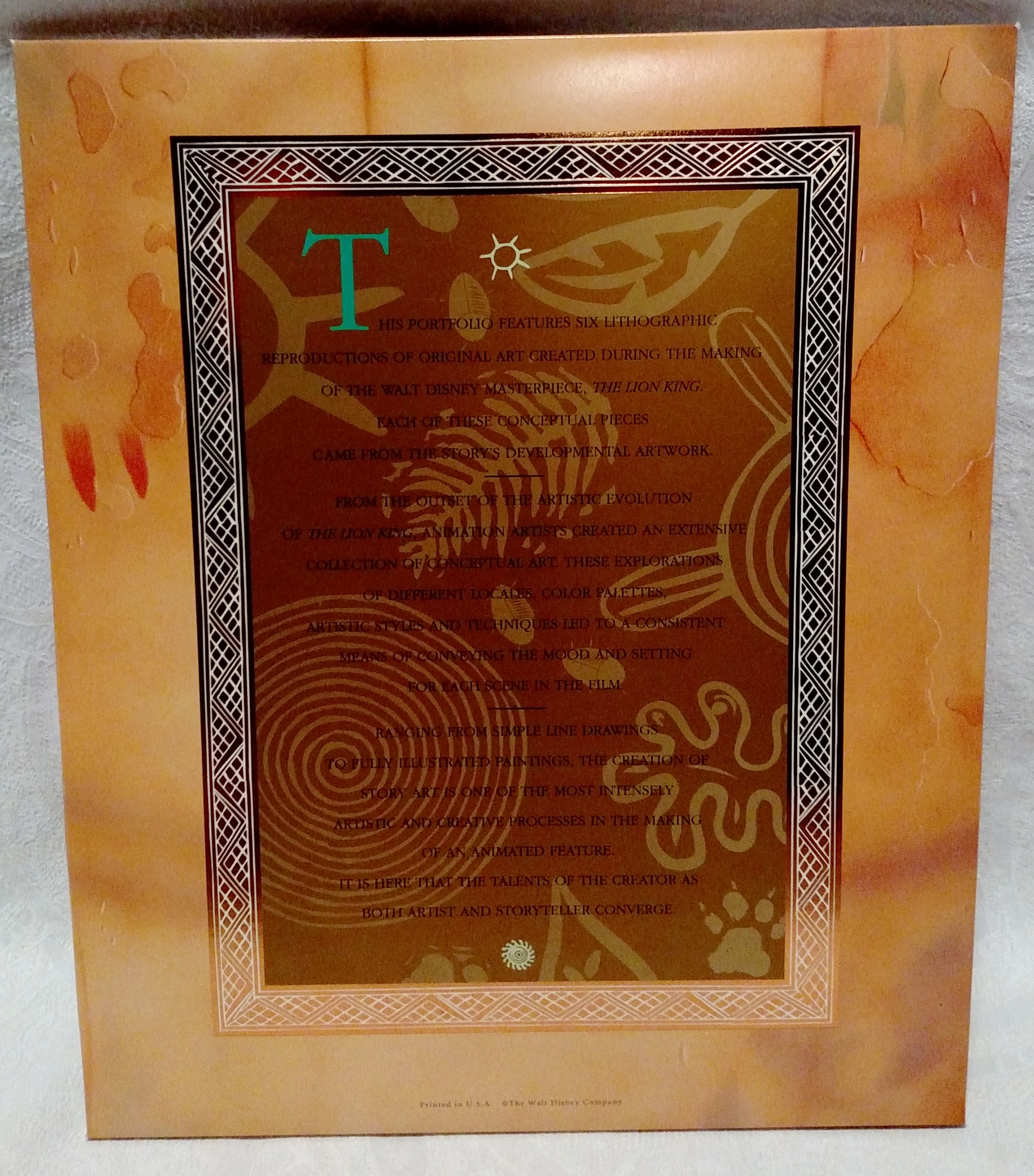 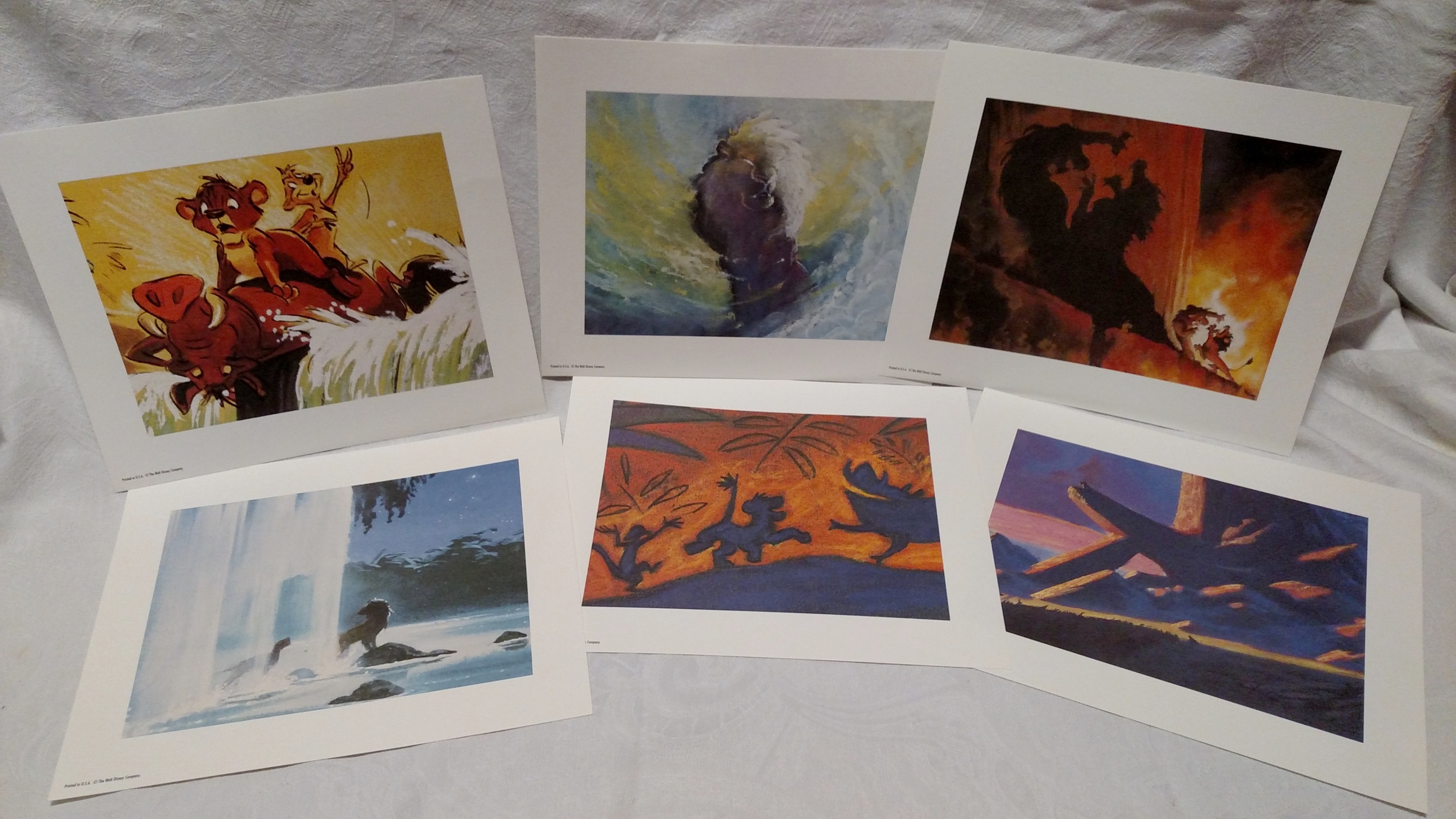 I feel like this box set really could have used an art book similar to what Toy Story came with, but I do like the lithographs.

Unfortunately, many copies of the Lion King CAV LD were prone to Laser Rot, a manufacturing defect that caused the discs to deteriorate over time. I haven’t checked any of these discs to verify their condition (nor have I watched any Laserdisc in years), but even if they’re unplayable today, I still appreciate keeping this set on my shelf as a handsome physical collectible.