Did you like that ‘Black Swan’ contest we had recently? Fear not, contest time isn’t over yet! This week, we’re giving away an even bigger prize: the complete 5-disc ‘Tron’ and ‘Tron: Legacy’ 2-Movie Collection on Blu-ray (which includes both 2D and 3D copies of the second film). Follow after the break for the rules on how to win.

That’s right, we’re going all the way here. Our prize this week is the ‘Tron’ and ‘Tron: Legacy’ 5-disc Blu-ray package that includes all of the following, packaged up in a slipcover with sweet lenticular 3D artwork. 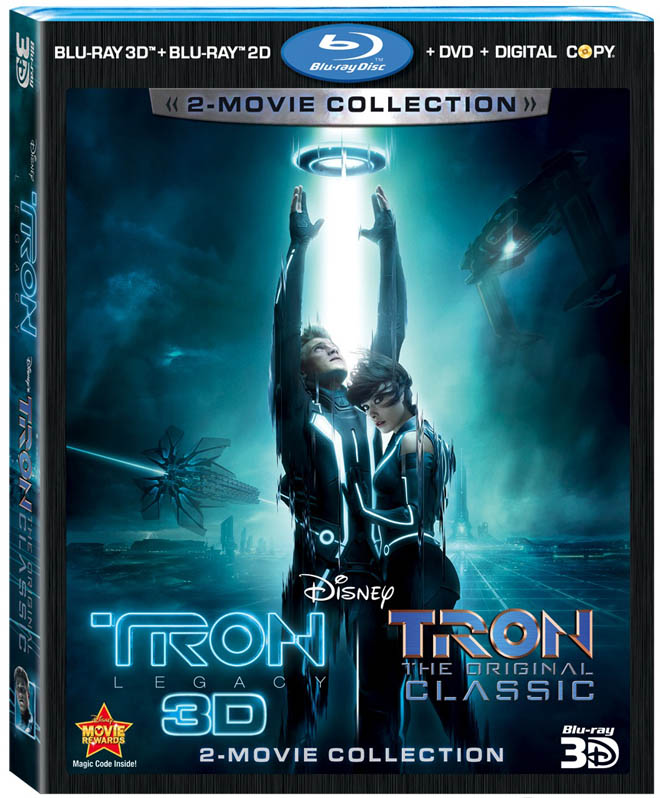 I think we’ve had enough photo caption contests for a while. Let’s do this one as a haiku contest. To win the prize, you must come up with a creative ‘Tron’-themed haiku in the standard 5-7-5 format. That means 5 syllables in the first line, 7 syllables in the second line, and another 5 syllables in the third line. For example:

The winner will be selected based on our own subjective discretion. We have one copy of the prize to give away, so there can only be one winner. Entries are limited to 10 per person. That should give you plenty of opportunity to craft a good submission, but will also help us to avoid any potential appearance of awarding prizes based on volume rather than quality.

The deadline for entry is this Friday, April 15th. The winner will be announced next week. Good luck, everyone!