Let’s assume you’re a fan of the 3-D movement. You were wowed by ‘Up’ and ‘Coraline’, and your mind was blown by ‘Avatar’, which you saw at least twice. You’re sold on the idea of more movies going 3-D and you’re ready to pick up a 3-D set for your house. You were even more excited about it when CES rolled around and TV makers said those 3-D TVs weren’t going to cost much more than their two dimensional counterparts.

Of course, just because a 3-D television doesn’t have an exaggerated price doesn’t mean the money isn’t coming from somewhere. Depending on your viewing habits and the size of your family, you may have to shell out as much as an extra thousand dollars up front for the 3-D experience. 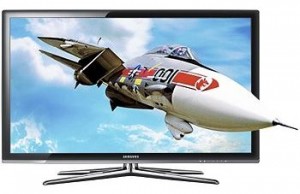 s an example, let’s take a look at Samsung’s 46″ C7000. It’s a nice set that sports some internet connectivity, LED back lighting, and a depth of only an inch. And of course, it’s got a built in emitter for synchronizing those 3-D glasses. You can get it for around $2,400.

We’ll stick with Samsung for the 3-D Blu-ray player too. The BD-C6900 offers 3-D Blu-ray support, access to streaming services, a full gigabyte of on-board memory and it’s got that cool see through lid. You can grab that for $399.

I picked Samsung for the example, since it’s the only company that’s actually offering something to watch at this point. If you get a 3-D capable TV and 3-D capable Blu-ray player from Samsung before April 30th, you’ll also get the 3-D starter kit, which comes with two pairs of glasses and a copy of the 3-D Blu-ray ‘Monsters vs Aliens’.

Crunch those numbers together and you’ve now spent $2,800 to watch one movie in 3-D. More content is on the way of course, but at what cost? According to the price of Samsung’s 3-D Blu-ray Starter Kit, you’re looking at $50 a disc.

The starter kit that Samsung gives you is stated as having a $350 retail value, but all it contains is two pairs of Samsung’s battery operated 3-D glasses and one 3-D Blu-ray disc. Since the glasses (model SSG-2100AB) run $150 each, that leaves $50 for the 3-D Blu-ray. 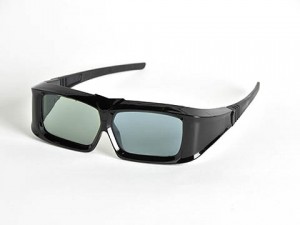 Now let’s kick that number up a bit. Remember, you’re going to need a set of 3-D glasses for everyone who wants to partake. No trying to get sneaky either, your buddy with the 3-D Panasonic set can’t just bring his glasses over, they’re manufacturer specific.

Let’s say you’ve got kids – two of ’em. It’d be a bit cruel to watch ‘Monsters vs Aliens’ in 3-D while they were forced to watch a blurry picture. 3-D glasses made for kids will run $179 each. They’re rechargeable too; Samsung doesn’t offer a cheaper, battery operated version.

I was diagnosed as near sighted when I was ten and had to wear glasses from then on. I don’t think my parents ever spent more than $20-$30 on a pair of frames. It’s not because we were poor, or because things were cheaper then. It’s because kids, as a rule, break things.

And I did break them. I was a ten year old boy, and keeping my glasses safe wasn’t exactly in the front of my mind. Luckily for me, those prescription glasses still worked if they were held together with a bit of tape. You can bet that 3-D Active glasses are going to need a bit more than some masking tape.

Just something to think about…