This summer’s sequel/reboot ‘Terminator Genisys’ may not have terminated the box office competition like a lot of people hoped, but it’s still the type of movie that appeals to SteelBook collectors, especially those who’ve dutifully bought all the franchise’s previous entries in metal case form. Just like the movie plays with the concept of alternate timelines, the Blu-ray SteelBook will be available with several artwork options.

The major advantage that Zavvi offers is that the SteelBook contains both the 2D and 3D versions of the movie. The SteelBook artwork was initially announced looking like this: 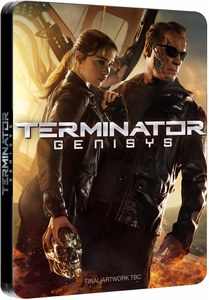 Later, the listing was updated to look like this: 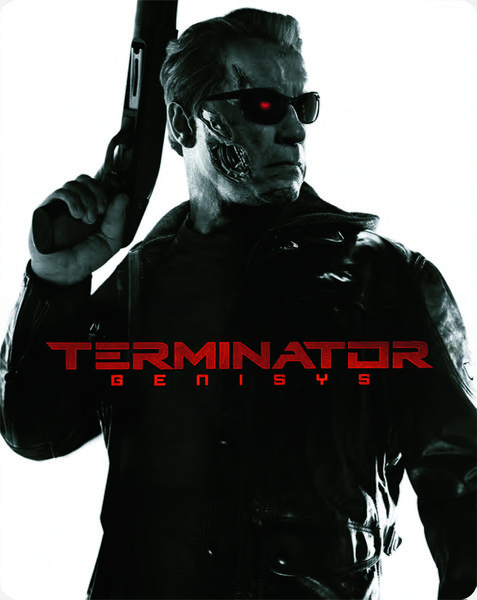 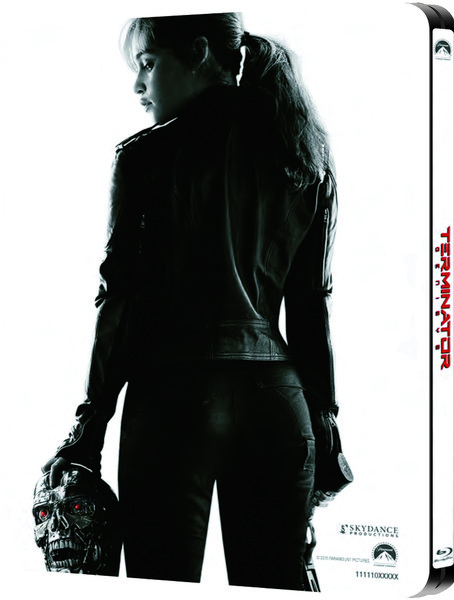 I think I like the first one better. It was more colorful, at least.

The SteelBook that will be available on this side of the pond plays with another stark white layout similar to the revised Zavvi art, just with Schwarzenegger in a different pose. Unfortunately, as happens far too often, this release (whether bought in the USA or Canada) does not appear to contain the movie in 3D. 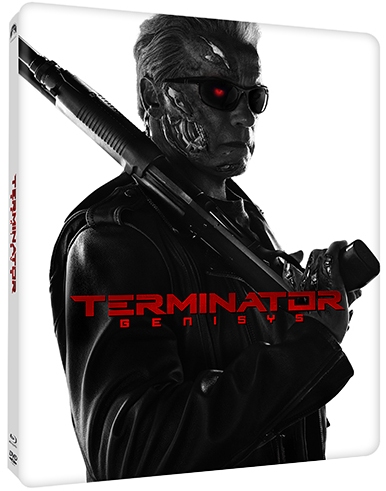 I’ve received the UK SteelBook, and it actually has the same art as the American copy with Arnold resting the shotgun on his shoulder.

Here’s a photo of some of the SteelBooks released in the past for the previous ‘Terminator’ movies: 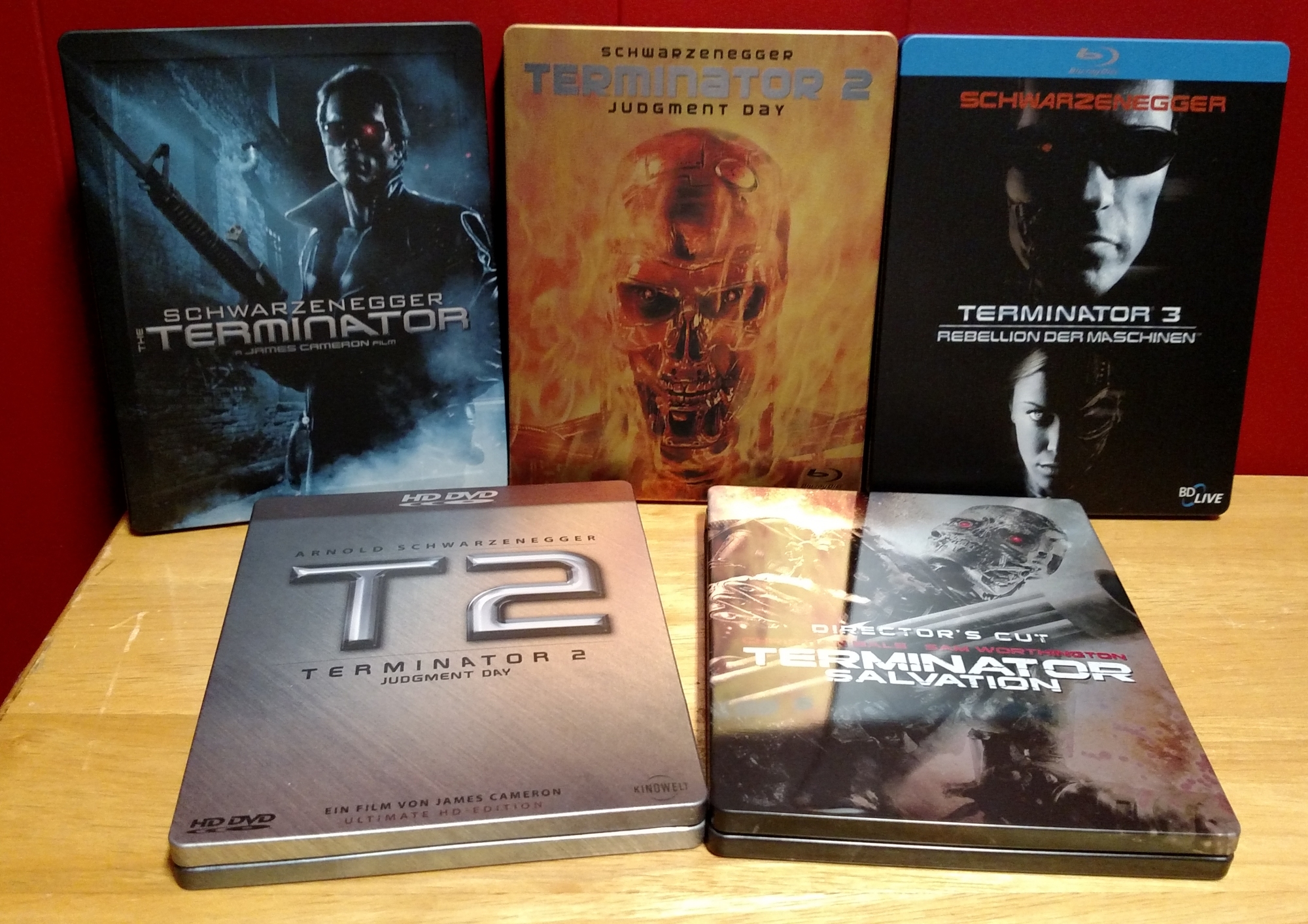 (If you want to get nit-picky, ‘Salvation’ is technically an IronPack case.)