Summer is almost here and Alliance Canada is getting the party started with four new Blu-ray SteelBooks that will be available in June.

Click on any of the below photos to enlarge.

It seems that ‘Jaws‘ isn’t the only man-eating fish to get the SteelBook treatment this year. Alexandre Aja’s remake of the Joe Dante/Roger Corman cult classic is packed full of boobs, blood, and the chitter-chatter of thousands of sharp pointy teeth. Jerry O’Connell also loses a lot more than his comb in this movie. Unfortunately, it doesn’t look like the 3D Blu-ray will be included in this release.

The artwork on the outer casing is quite nice, with some unwanted guests about to crash a beachside party: Things get a lot more gooey on the inside: ‘Piranha’ will run about $22 (excluding shipping), and can be ordered from Amazon Canada. Note that Amazon Canada will ship to the U.S.

Based on the comic books of the same name by Mark Millar and John Romita, Jr., ‘Kick-Ass‘ is the story of Dave Lizewski (Aaron Johnson), a geeky high school teenager who one day decides to don a wetsuit and become a lean, green, vigilante machine. It’s one of the most outrageous, violent, and hilarious superhero adventures ever told.

If I had to pick a favorite in this wave, this would probably be the one. The front cover features a battered and bruised Dave, unmasked: 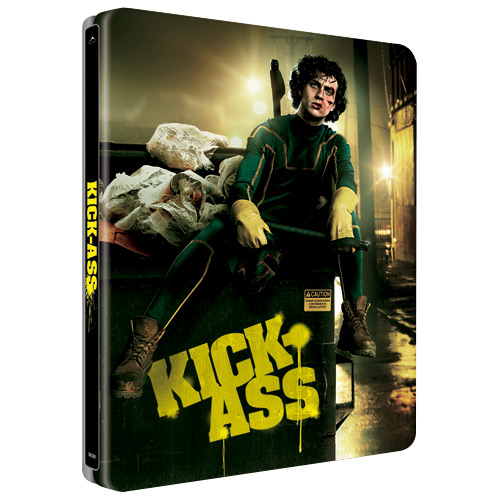 The back has a striking pose with the Red Mist (Christopher Mintz-Plasse): 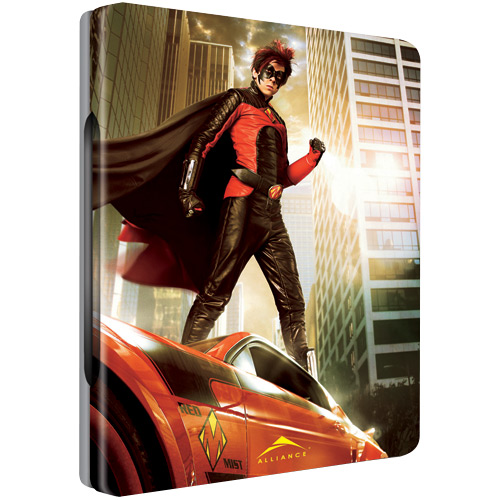 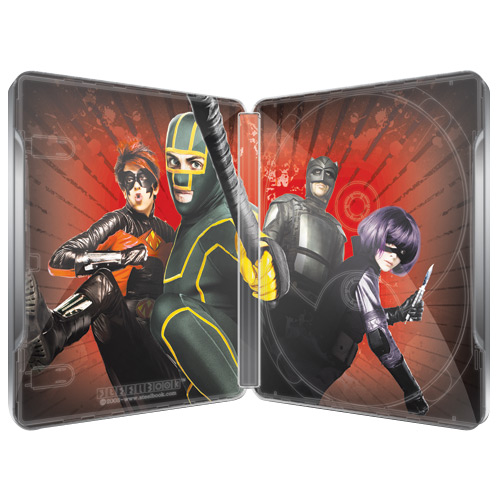 Up next is the first of two drug-related movies getting a SteelBook release this go-round. In ‘Limitless‘, Bradley Cooper stars as Eddie Morra, a struggling writer who’s introduced to a mysterious miracle pill called NZT that basically turns him into a genius in a matter of minutes. The pill almost immediately opens doors to wealth and success, but soon Eddie begins to experience the downsides that come with self-medicating. Eventually, he finds himself in a fight for his life. For me, this was one of those films I really wanted to like, but it just felt like it was missing something.

The exterior of this particular case isn’t very striking, but I’ve seen a lot worse. I also can’t say that I approve of the French on the spine either: 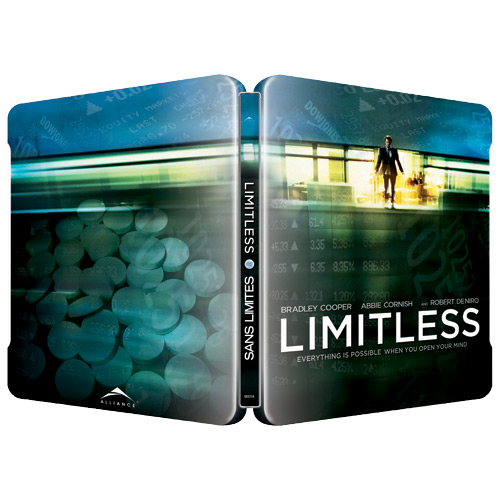 However, the interior has a kind of humorous mock ad for NZT: 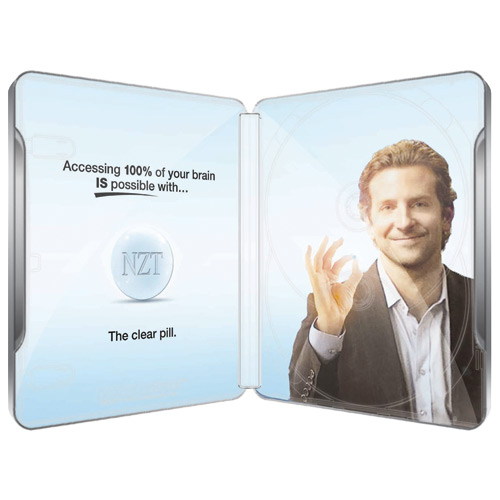 The bio-pic ‘Blow‘ follows the rise and fall of George Jung (played by Johnny Depp), one of the most notorious real-life cocaine smugglers in the world. The movie also stars the always-sexy Penelope Cruz, and I believe Pee-Wee Herman was in there somewhere too. Sorry for the ambiguity; it’s been a while since I’ve seen this one.

The front cover has a simple design with some powdered cocaine, while the back features Penelope Cruz next to Johnny Depp in a tuxedo. Too bad it’s another unfortunate victim of having French added to the spine: 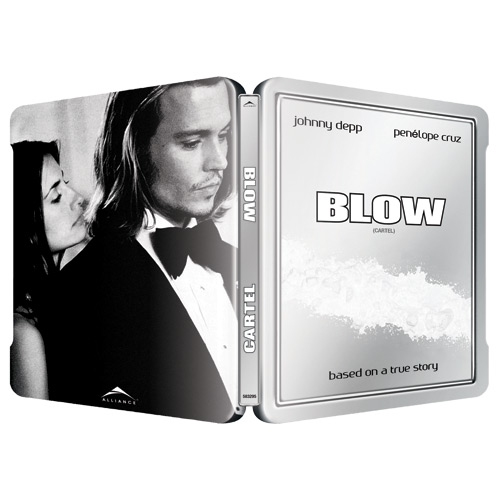 I like the inside, though. It features mug shots of Depp and Cruz in black and white: 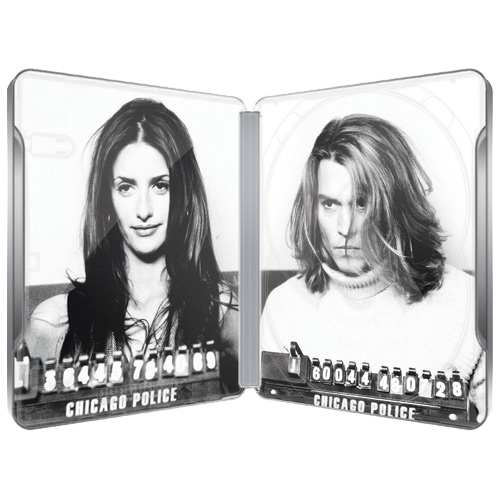 All four of these SteelBook editions will be available at Canadian retailers on June 5th, 2012.