Any movie about giant robots ought to be an obvious candidate for the SteelBook treatment on Blu-ray. It seemed fairly inevitable, therefore, that director Guillermo del Toro’s rock-’em/sock-’em robots vs. monsters slugfest ‘Pacific Rim’ would get a collectible metal case release somewhere in the world. As it turns out, fans have at least two options in that regard, though one of them might be a lot easier to obtain than the other.

First up is this SteelBook from Future Shop in Canada, which features the movie’s primary poster art in a pretty straightforward design. 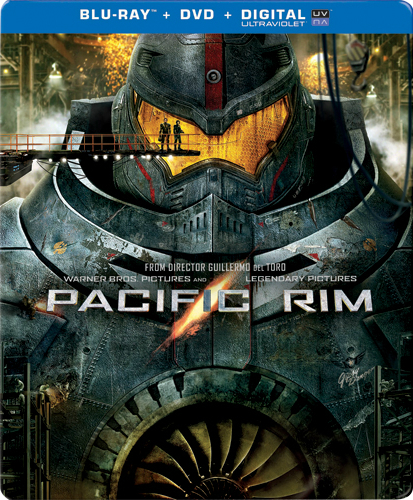 While there’s certainly nothing wrong with this one, it doesn’t really excite me either. Also problematic is Future Shop’s continued refusal to ship outside of Canada. If you want it and you don’t live there, you’ll need someone in the country to pick it up for you.

By all indications in the retailer’s listing, the Future Shop SteelBook will not contain the 3D version of the movie, just 2D. That’s fairly common, unfortunately.

Personally, I like the alternate poster art on this UK SteelBook from Zavvi better. This one does contain the 3D version of the movie, and will be easier to purchase since Zavvi ships to the United States. It seems like a better option all-around, except perhaps in price. 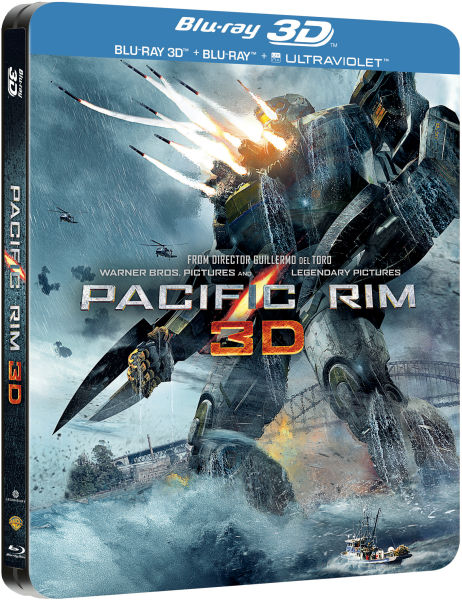 The only thing I’m not keen on is that blue banner at the top, which cuts off a bit of the robot’s shoulder. However, that may or may not be present in the final product. Zavvi’s listing notes that, “Artwork [is] subject to change.” This looks like a mock-up image, so it’s possible that either the banner will be removed from the finished design, or that it may be intended to represent a cardboard backer that will fold around to the top.

With or without the banner, I still like this one better, and have already placed my order.