The 1990 film stars Christopher Walken as drug lord Frank White, who emerges from prison as a modern day Robin Hood with plans to violently eliminate his competition and distribute the proceeds of his organization to the poor.

The release will be available on June 4th in limited edition SteelBook packaging (as seen below). It looks pretty slick with a montage of images from the movie, including a badass Walken holding a smoking gun. 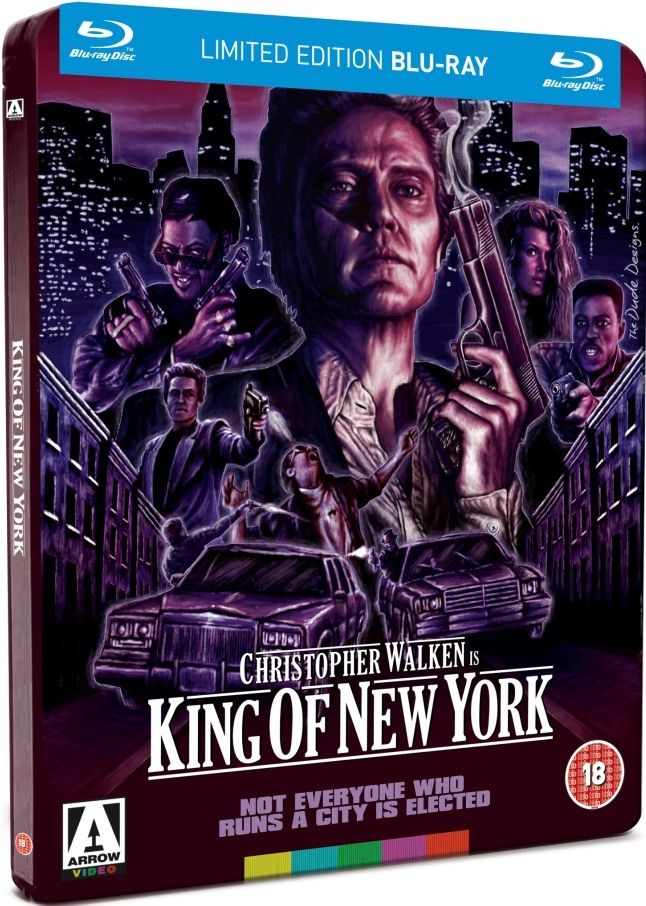 The Blu-ray will feature a DTS-HD Master Audio 5.1 soundtrack. Supplements will include:

There’s still no word on the disc’s region coding. However Arrow does have many region-free Blu-ray releases. The SteelBook for ‘King of New York’ can be pre-ordered directly from Arrow Video for £29.99 (approximately $47 USD).