Is it ‘Edge of Tomorrow’ or is it ‘Live Die Repeat’? I don’t think we quite solved that puzzle when we last argued about it a few weeks ago. If you’re a fan who prefers the original theatrical title, you might want to check out the upcoming SteelBook Blu-ray edition. 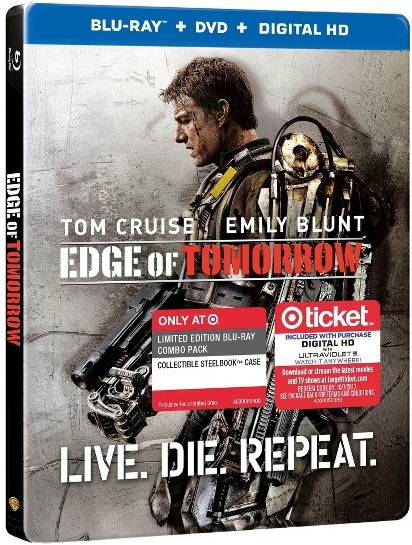 Although this artwork still has the “Live. Die. Repeat.” tag line (this time with punctuation), it clearly is just a tag line here. Unlike the cover art for the standard Blu-ray, the design layout of this one on both the front and the spine leaves no confusion that the movie’s title should be ‘Edge of Tomorrow’. Even if I weren’t a SteelBook collector, I’d be tempted to order this just for that reason.

As a reminder, here’s what the regular keepcase looks like: 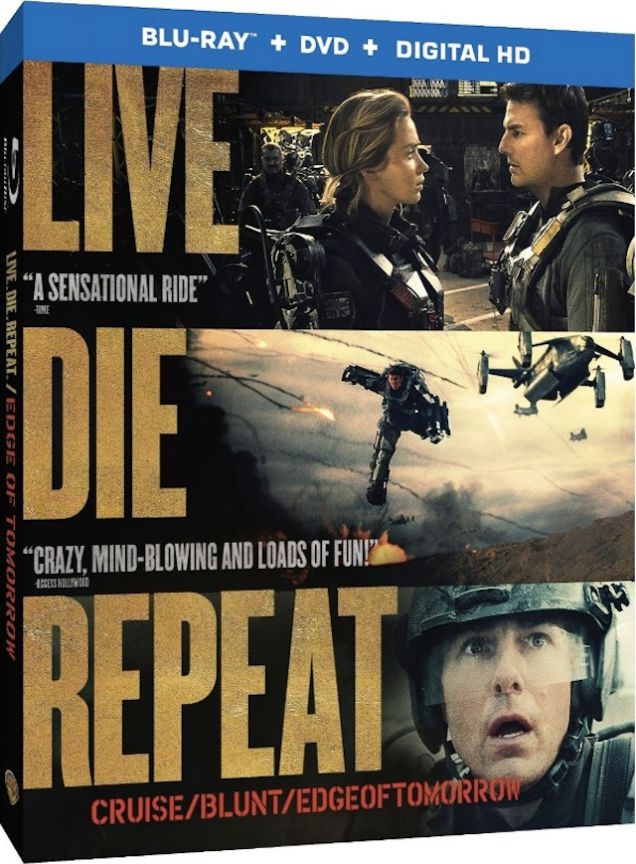 Hilariously, the listing page on Target’s web site calls the movie ‘Live. Die. Repeat. Edge of Tomorrow’ anyway. Some other major retailers that are under the impression that the movie’s title has been changed to ‘Live Die Repeat: Edge of Tomorrow’ include Amazon, Walmart, Best Buy, Barnes & Noble and DVD Empire. If the studio’s marketing people still insist that it was never their intention to change the movie’s title, where are all these retailers getting that idea from? Don’t they create their listings based on information the studio provides to them?

In any case, the SteelBook artwork otherwise is perhaps not the most exciting choice of image, but it’s fine. I like it well enough. It’s better than the keepcase art. I’ll be happy to preorder this. No 3D included, though. That’s a disappointment.

If you want 3D, you have to look overseas. The same basic SteelBook with the addition to 3D will be exclusive to Amazon Germany. 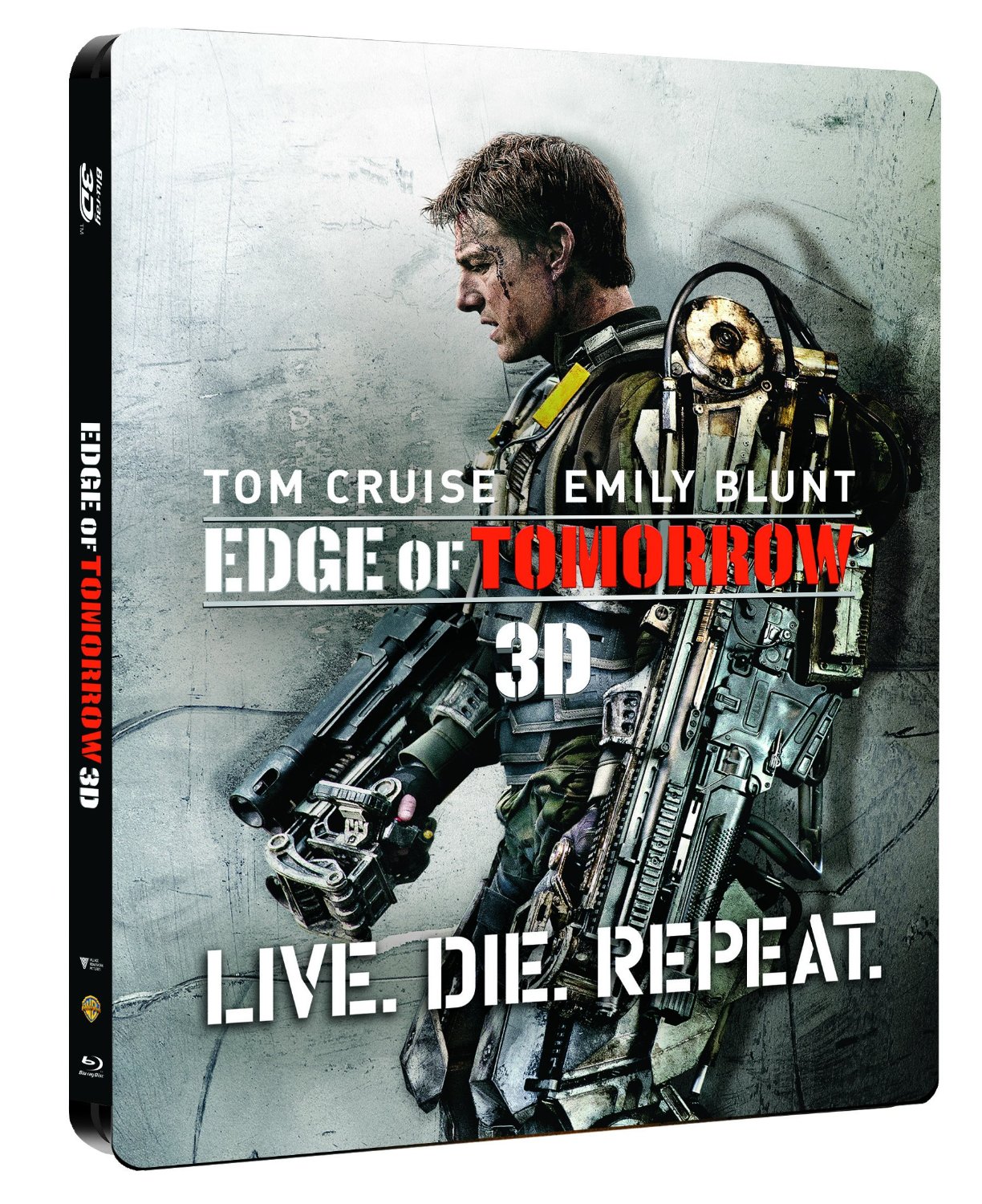