Fans of Disney’s new animated hit ‘Frozen’ have a couple of good reasons to consider importing the upcoming Blu-ray release from abroad rather than buying domestically. Not only will UK retailer Zavvi sell an exclusive SteelBook edition, but import copies may be the only way to get the movie on Blu-ray in 3D.

Of course, this assumes that you care about SteelBooks and/or 3D.

In case you haven’t followed the recent controversy, Disney had originally announced both 2D and 3D Blu-ray editions of the princess musical, much in keeping with standard practice these days for any movie produced in 3D. However, sometime during the last couple of weeks, retailers started de-listing the 3D version and canceling preorders.

At the end of last month, The Digital Bits reported that the 3D edition would be a Walmart exclusive for a limited period. Since that writing, Walmart has pulled the listing. Currently, Best Buy has a page described as “Frozen (Blu-ray 3D)” at a price of $44.99, but it only comes up if you use this link and cannot be found using the site’s search engine. Is the page still active in error, or will the disc be a Best Buy exclusive?

According to The HD Room:

Though Frozen was released theatrically in 3D, the studio is opting not to support Blu-ray 3D in the home video release plans. The only way to watch Frozen 3D at home will be via Digital 3D, which will debut early on February 25 along with the Digital HD version.

If true (and there’s still some skepticism about it), this is very upsetting to 3D fans. A Digital Copy will undoubtedly be far inferior to Blu-ray in both video and audio quality.

Meanwhile, Across the Pond

Fortunately, all is not lost. The Blu-ray 3D edition appears to still be on track for release in the UK on March 31st. A standard keepcase copy can be preordered from Amazon UK. (Disney Blu-rays are usually region-free.)

The Zavvi exclusive SteelBook (priced at £24.99) also indicates that it will have 3D. 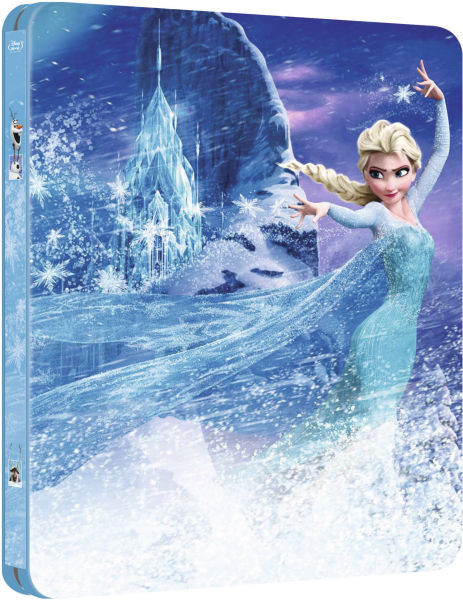 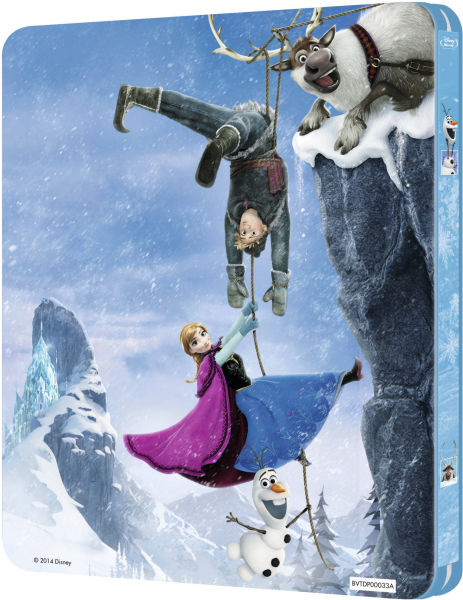 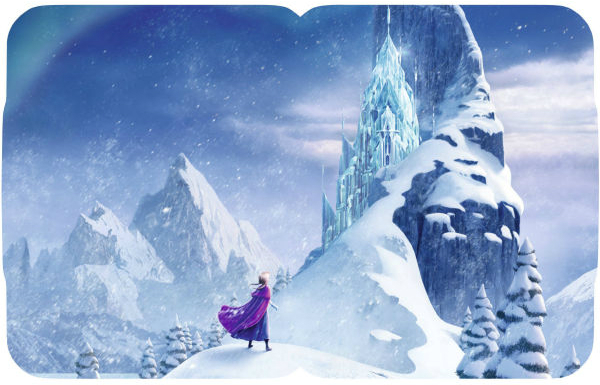 The artwork itself on this looks pretty nice, but I’m not a fan of recent SteelBooks that don’t list the movie title anywhere on the case. (While my first inclination might be to assume that this is just temp art and a title will be added before release, the ‘Monsters University’ SteelBook indeed has no title on it.) Regardless, because I know how quickly Disney SteelBooks tend to sell out, I’ve decided to preorder this one right away.