There’s a sort of poetry to it, and I can’t tell if it’s wonderful or horrible. Sony announces a brilliant piece of hardware and then does something to muck it up so badly that people stop caring. Take the PS3, for example. In 2011, it’s a great piece of hardware that’s well worth $250. In 2006, though, it was a hulking monstrosity with a price tag impossible to justify. I worked at Best Buy that Christmas and I can tell you firsthand. We ran out of the Wii, and one day we even ran out of the Xbox 360, but we didn’t even have to restock the PS3. The PS Vita isn’t going down that same path quite yet, but Sony has already killed a feature that really sounded promising.

When Sony announced the Vita, its handheld successor to the PSP, I was excited. More than excited, I went on and on to my friends and here on the blog about just how awesome this thing looked. Hell, I’m still psyched for the system. In my original write-up, I suggested that one of the only things that could stop the Vita is a PS3-like price snafu. I think Sony really hit the sweet spot at $249 for the Wi-Fi version and $299 for the 3G.

It seemed like Sony finally decided to embrace digital distribution and do this thing right. The systems are practically always connected to the internet, which makes it nice and easy to purchase and download games. Paying the same price for a game that I don’t have to leave the house to get is a total winner in my book. 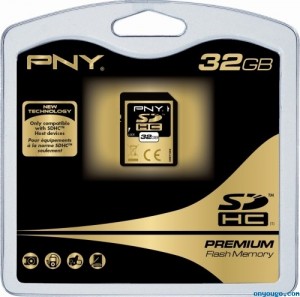 And then I read the news. After that, I had a cup of tea, came back to my desk and read it again just to make sure I wasn’t crazy. When GameStop listed the prices for PlayStation Vita memory cards, it became clear to me that digital distribution will not be something that’s encouraged on the Vita.

If you want to download a game onto your system, you’ll need a proprietary memory card. Proprietary anything is a pain in the ass, but surely Sony made these cards nice and cheap, right? No. For a four gigabyte card, you’ll pay $29. For 32GB, you’ll need to shell out $119. Well, I say “you’ll pay,” but I sure hope you won’t.

I’ll use the same comparison here that I did in the gaming news page, because I think it’s apt. You’ll have to pay $29.99 if you want a 4GB Vita memory card from Sony, while $39.99 gets you a 32GB SDHC card from Newegg. Even assuming that Sony makes the equivalent of Class 10 SD cards, you can still get a Class 10 4GB SDHC card for $6.99.

I’m a big proponent of digital distribution. It’s not there yet, but a properly executed digital distribution system could lower prices by eliminating the need for packaging and shipping, could put more money in the hands of the people who actually made the game, could cut down on wasted plastic and papers, and could give indie games a real shot in the marketplace.

I still buy packaged Xbox games and DS games because there really aren’t any other options if I want the latest and greatest, but my PC doesn’t even have an optical drive. I used an external DVD drive to install Windows and that was the end of it. I bought somewhere around 50 games between then and now, and I’ve been able to download every single one of them easily and quickly. Most of the time, I was even able to download the game before release so I could play it as soon as the publisher issued the unlock code. 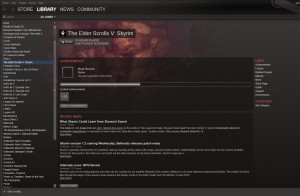 This is my actual Steam Library. 100% downloaded.

Upon thinking about that, I came up with a theory. I don’t know if it’s true and there’s no way on Earth I can prove it, but I have a sneaking suspicion that I know why PlayStation went with proprietary memory instead of using SD cards like everyone else, including Sony. Selling overpriced accessories makes retailers happy.

Game companies still need retail stores to sell their systems and their games. If those retailers get cut out of the loop, they get pissed. Anyone else remember when GameStop pulled ‘Warhawk’ because Sony sold it on PSN? The solution here is to give retailers something they can sell instead of the game.You can just bet that those memory cards have a crazy markup.

To me, this looks like Sony is trying to offer digital distribution, but lacks the nuts to back it up. Sony has made a new feature of its system so unusable that most people won’t take advantage of it. Meanwhile, the company still looks like the good guy for offering it in the first place.

I’m not usually one for conspiracy theories, but that’s the only logical reason I can think of for Sony to screw up this part of the Vita so badly. No one at Sony was dumb enough to think we’d be happy about this. Smart people are making these decisions – crazy smart people with tons of market research in front of them. But they’re smart people who seem to care a bit more about their shareholders and their pocketbooks than the end users.