After hemming and hawing for two years (since CES 2008 to be specific), I’ve finally taken the plunge and picked up a new gaming PC. I have to say, it was well worth the investment. 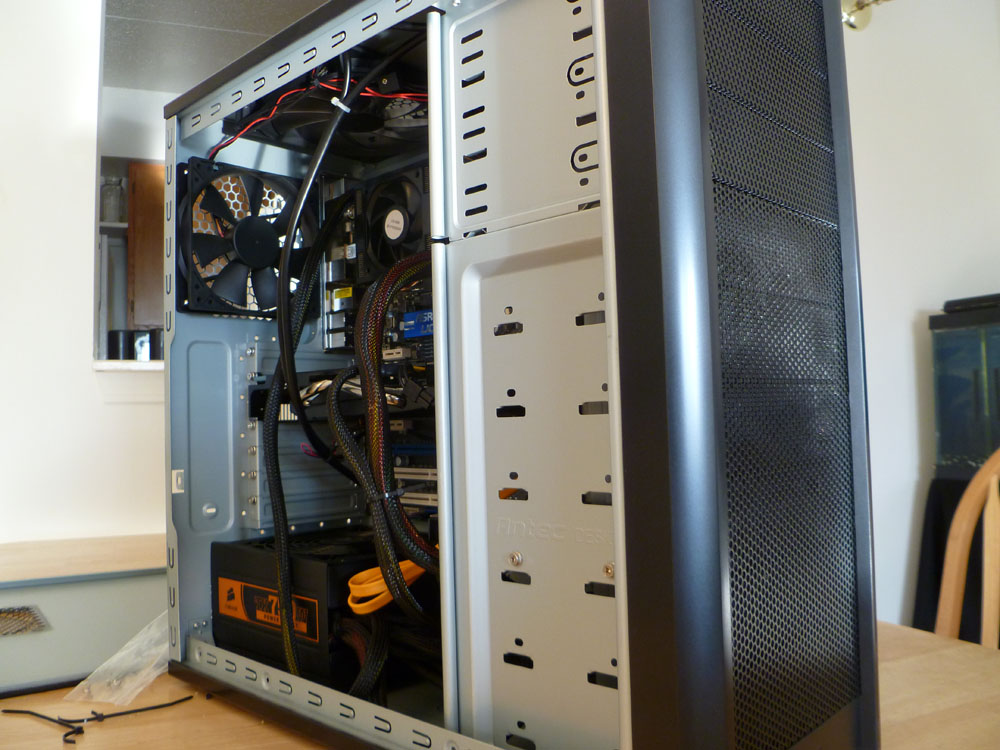 I’ve been waiting to pick up a new gaming rig for a while now, but I’ve been able to get by with my six-year-old single-core PC for games like ‘World of Warcraft’, ‘Plants vs. Zombies’ and ‘Peggle’, and even ‘StarCraft II’ if I severely overclock the processor. I had consoles to play with too, of course. So the lack of a gaming PC wasn’t a huge issue.

But man doth not live on console games alone. The more time I put into ‘Halo 3’ and ‘Modern Warfare 2’, the more I wished for the smooth and crisp control of a mouse and keyboard. So, with a nice check or two under my belt, I decided it was time at long last.

I’m not the kind of guy who just goes out and buys a PC. That’s not my style. I like getting the most for my money, and I absolutely hate stickers, decals and bloatware. I guess you could say I’m a bit of a minimalist. After researching on Tom’s Hardware, I put in the order from Newegg. The parts were ordered on December 6th and arrived on the 9th, ready to be put together. 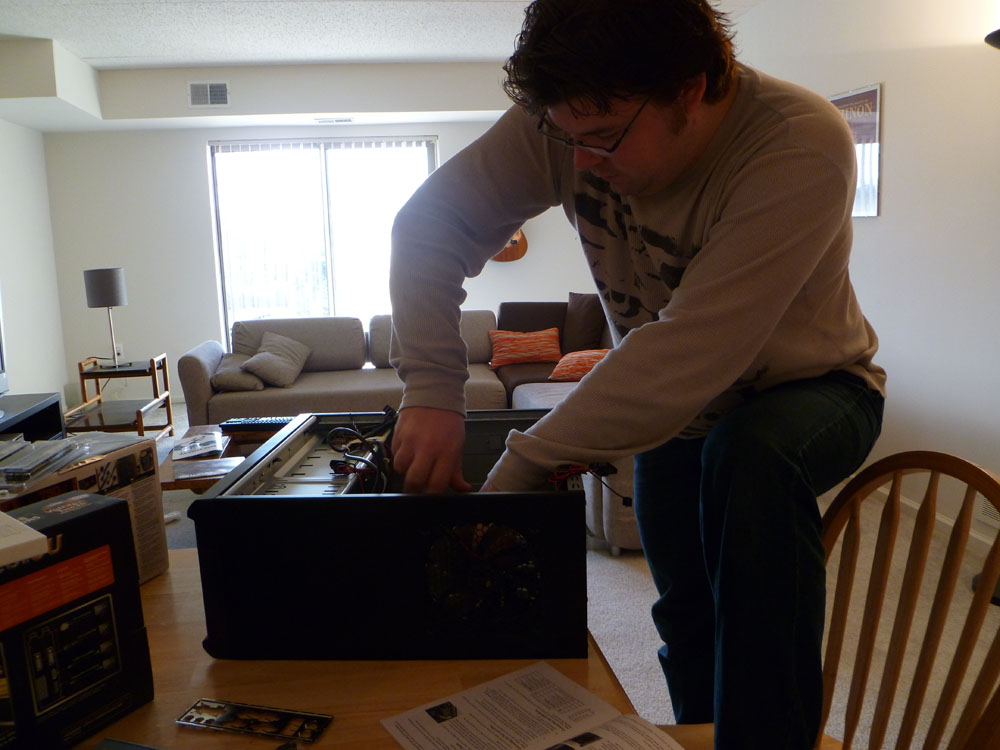 Everything I ordered worked out beautifully and arrived in great condition, save the Samsung F3 hard drive that came DOA. I’m able to return it of course, but I had to run out to Best Buy and shell out for a Western Digital hard drive, which most enthusiasts consider inferior to the Samsung. It only ran me $20 over what the Samsung cost, so it wasn’t too bad. If it had been RAM that arrived non-functional, Best Buy wouldn’t have been an option. They’re completely unreasonable when it comes to most components.

The Antec 300 case I picked up is taller than I would have liked. I keep my computer inside a desk cubby with a closing door, and the extra height made me sacrifice a shelf. The case is wonderful to work with, though. I had no problem installing my parts. For what it’s worth, those blue LEDs look incredibly cool. Here’s the breakdown of the new rig: 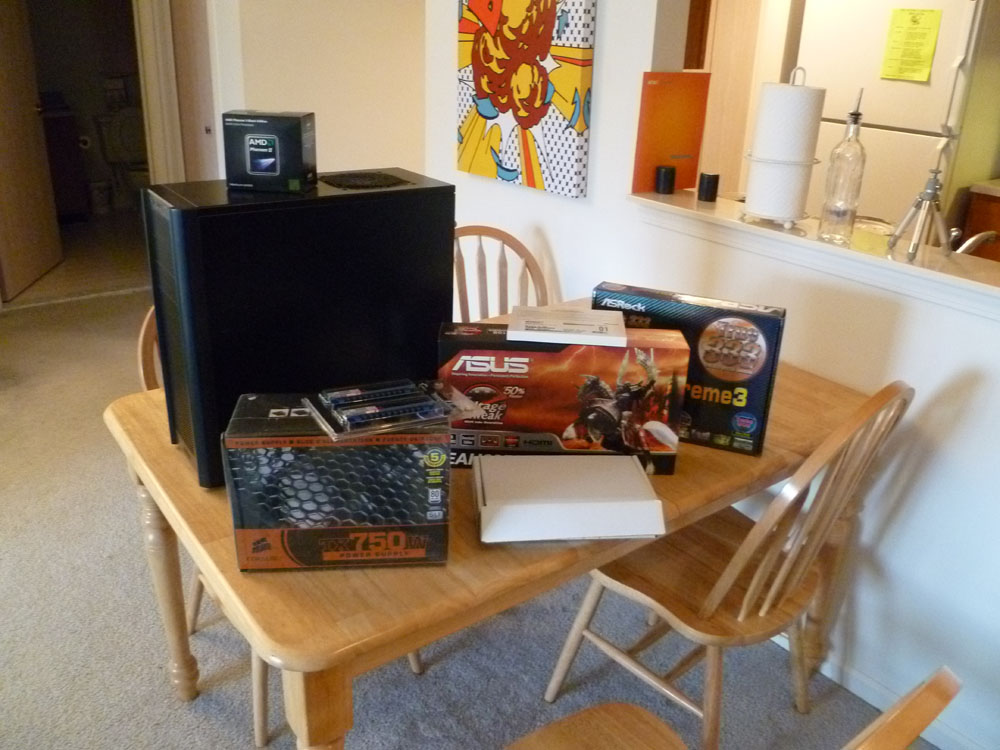 In all, I spent around $900 on the new setup, and it’s been working out beautifully. Aside from the hard drive issue, the build went flawlessly. I’m happy with the way it looks, even if I would have liked to manage the cables a little better. Windows installation was smooth with a borrowed DVD-Rom drive (there’s really very little reason to own one). I was able to transfer most of my games from my old hard drive to my new one without issue.

With ‘World of Warcraft’ fully maxed out, I get around 60 FPS, except in the incredibly busy zones where it drops to the high 40s. ‘StarCraft II’ goes as high as 90 and as low as 60 FPS during particularly big battles. According to Fraps, I’m getting a solid 60 in ‘Civilization V’, ‘Company of Heroes’, ‘Mirror’s Edge’, and ‘Supreme Commander 2’.

That’s the best part of getting the new computer. I don’t have to worry about system requirements or playing around with settings. For the most part, I’m able to change everything to max and go for it. I don’t have to overclock to get performance that I’m happy with, and I can stay on the stock coolers until I do.

There’s plenty of room to expand, too. I’d like to get some liquid cooling action going – quiet computers are essential. I’ve got two RAM slots empty and room for another Radeon 6850 to run crossfire with my existing card. I can even upgrade the processor a bit if need be. I also plan to add a solid state drive or two in the next year if prices keep dropping.

There’s one upgrade that’s going to prove absolutely essential with all the time I spend on this PC, though: a more comfortable chair. 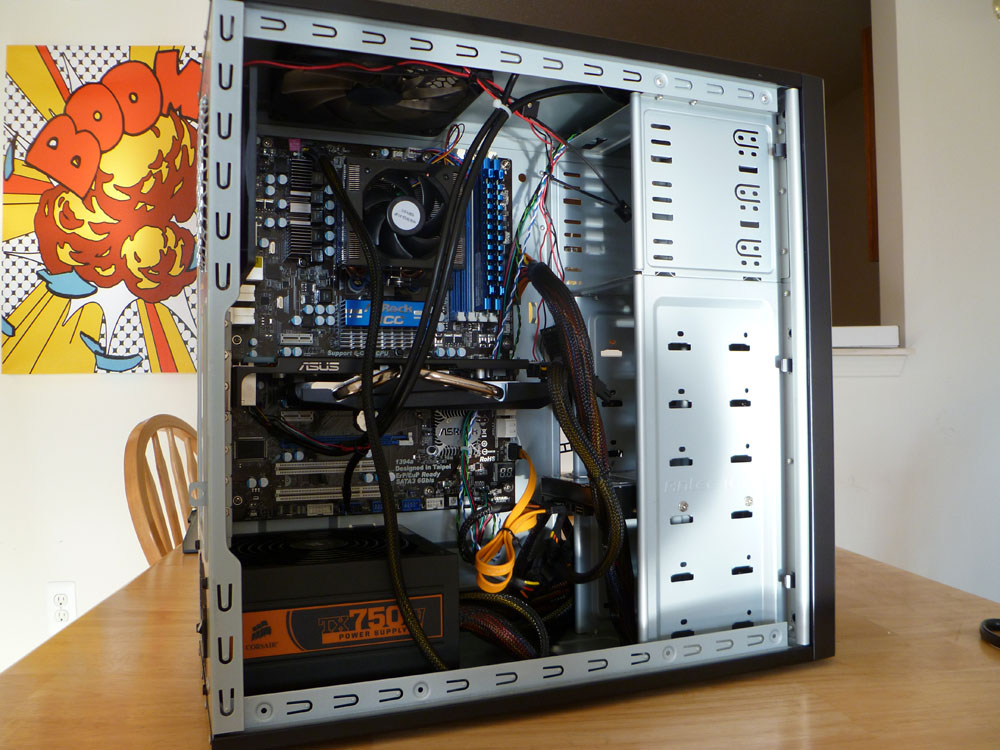 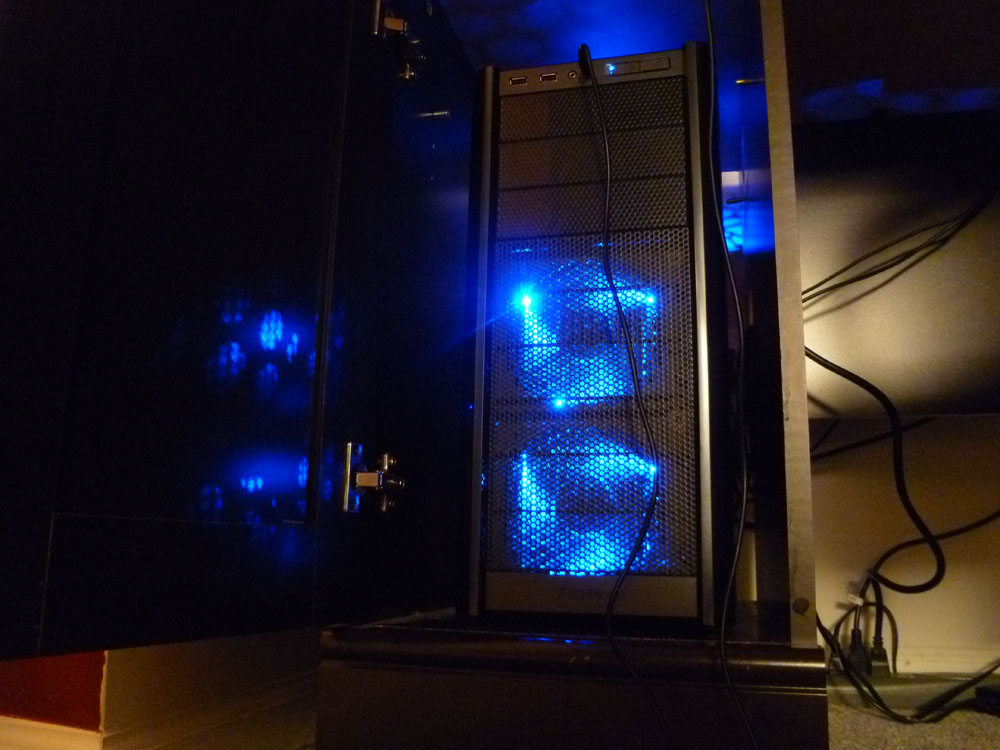 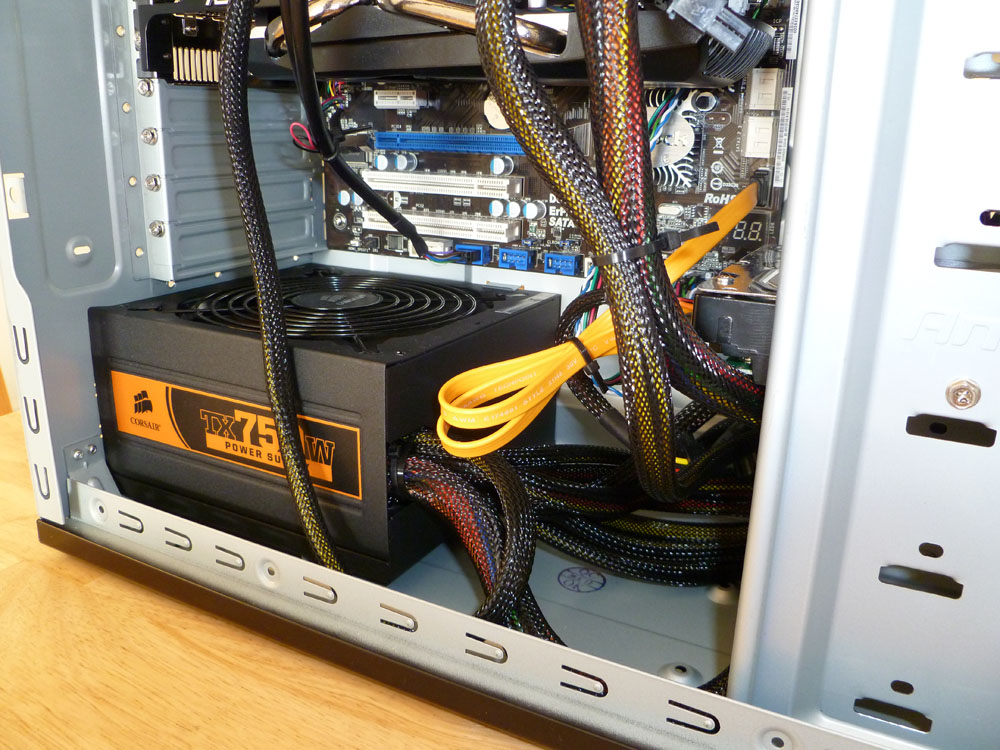