Microsoft’s press event at E3 wasn’t spectacular by any means, but at least it had some interesting new hardware. Sony’s press conference… Well, the bit about ‘Twisted Metal’ was cool anyway.

I wasn’t exactly thrilled with Microsoft’s conference. The company showed off a few cool games, but nothing we didn’t already know about. There was the Kinect stuff, sure, but outside of that it was pretty dull until the end. The new 360 model is a pretty big deal, though. It solves a lot of problems for Xbox fans. I’ll gladly swap my 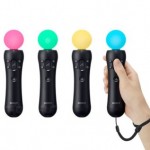 old 360 for a new one just for the lower noise alone.

I try not to get involved in the console war debate. I own both high definition systems and play them pretty equally these days. But there’s no question that Sony’s press conference was a step down from Microsoft’s. Maybe not a huge step down, but a step down nonetheless.

You can’t really blame the PlayStation branch of Sony for it. 3-D is the name of the TV game these days, and you can guess which branch – the TV branch or PlayStation branch – makes more money for Sony. So the press conference was about 3-D in a big way. That’s fine except that, as a guy without a 3-D television, it all just went right over my head.

Like Microsoft, Sony showed us a lot of games we already knew about. How many times have they shown ‘Gran Turismo 5’ at E3 anyway? They announced exclusive DLC (downloadable content) and games too, but the only winner there is the company with the exclusive. Gamers lose out.

Also like Microsoft, Sony showed off motion control. The PlayStation Move didn’t do much for me. If I wanted motion control, I’d own a nice cheap Wii. Understanding how much the Move actually costs is confusing. You need a Move controller, which runs $49. For some games, you may or may not need a second Move controller. For other games, you’ll need the navigation controller, which runs $39.99. And of course, you’ll need the PlayStation Eye. Yeah. 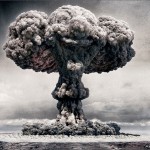 However, there were two very interesting announcements. The first was delivered by Valve’s Gabe Newell. To fully grasp the importance, you need to know that Newell has been one of the most outspoken critics of the PS3. He’s also the dude that makes things happen at Valve, the company behind ‘Half-Life,’ ‘Left 4 Dead,’ and ‘Portal.’ So when he got out on stage and announced that the PS3 ‘Portal 2’ would be “the best version on any console,” that was huge.

The other was presented by David Jaffe, the guy behind ‘God of War.’ He didn’t talk about a new ‘God of War’ game, though. Jaffe brought back an old favorite that hasn’t been done in a long time – ‘Twisted Metal.’ The new game looks awesome. There’s no denying that.