Did Sony mange to use some surprise announcements to steal the spotlight away from Microsoft and Nintendo at this year’s E3 conference? Read on to see what’s up.

Whenever Sony gets ready to make a big reveal, the information leaks early, almost like clockwork. Nonetheless, the first title showcased in Sony’s E3 presentation nearly eclipsed all else for me. That’s not to say that Sony didn’t bring some other interesting items to E3, including some big free games for PlayStation Plus users, but I’m a huge fan of Quantic Dream. What Quantic Dream began with ‘Indigo Prophecy’ (aka ‘Fahrenheit’) and then brought forth with ‘Heavy Rain’ just blew me away. The soundtrack alone is to notch. However, ‘Heavy Rain’ is a polarizing game. The three main characteristics (the story, animation and gameplay) have all proven to be hugely controversial among gamers. Entire quadrants of the internet hate ‘Heavy Rain’, and will probably extend that vitriol toward Quantic Dream’s new title, ‘Beyond: Two Souls’.

The game is described as following fifteen years in the life of Jodie Holmes, portrayed by actress Ellen Page. Although the footage shown instills me with questions about the supernatural elements in the story, I absolutely want to play this game. I can tell you for certain, based on ‘Heavy Rain’, that ‘Beyond: Two Souls’ will absolutely justify a top level home theater. 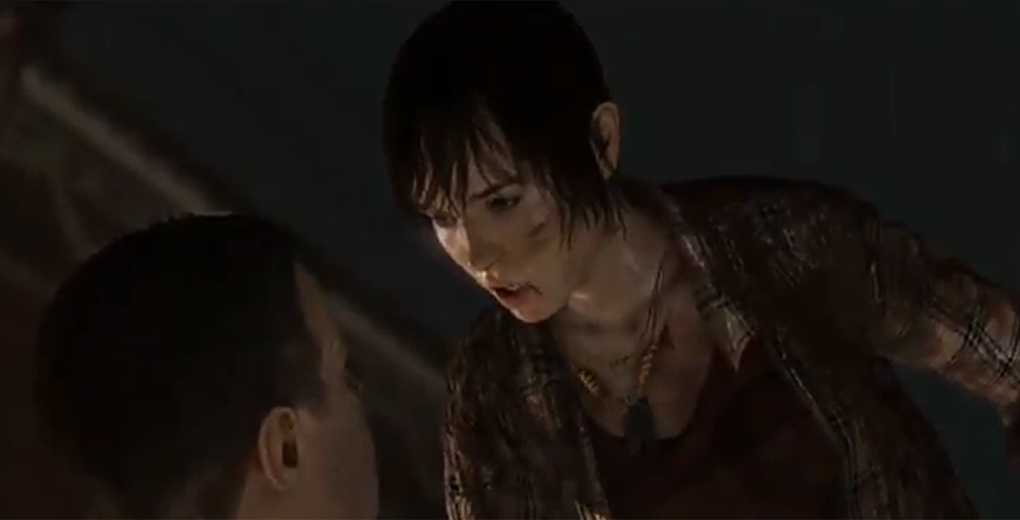 Sony followed the announcement of ‘Beyond: Two Souls’ by showing a four-player match from the new ‘PlayStation All-Stars Battle Royale’. Naturally, this game has been billed as Sony’s clone of Nintendo’s ‘Super Smash Brothers’, which does not bother me in the slightest. Years ago, I played the Japan-only title ‘DreamMix TV World Fighters’, which was Konami’s ‘Smash Bros.’ clone, and it was actually pretty good.

Sony’s game looks like a winner. The announcement of a version for the Vita that’s completely cross-compatible, both in terms of versus modes and save progress, also ratchets up my interest. I had to laugh at some of the elements in Sony’s demonstration, though. The idea is that the four players have to get the most kills, accomplished mostly by charging up and unleashing super moves. Yet the number of kills for each player was hidden until the end of the match. This was intentional, but silly nonetheless. Then came Sweet Tooth, the insane clown from ‘Twisted Metal’, who actually managed to save up and unleash a Level 3 super, only to become an ice cream van mech, unable to jump out of the center of the ring. 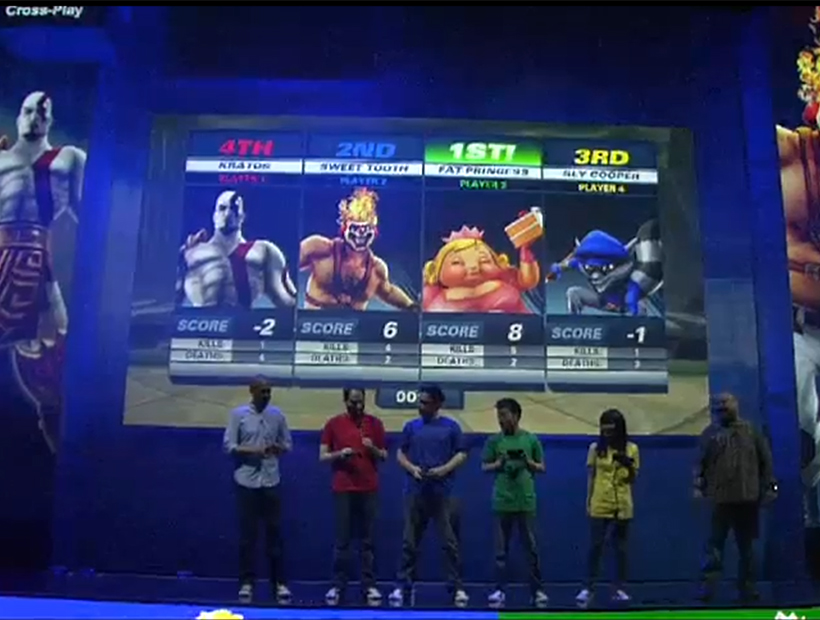 Footage of ‘The Last of Us’ continues to draw interest, and I thought that the female protagonist for ‘Assassin’s Creed: Liberation’ on Vita was a nice twist. The stunner for many ‘Harry Potter’ fans and parents had to be the introduction of ‘Wonderbook: Pottermore’. The title is built around a combination of the PS Move, a new large book-like surface called Wonderbook, and the spells and lore of J.K. Rowling and the ‘Harry Potter’ universe. While I’m not a ‘Potter’ fan myself, the augmented spell casting and magic book antics displayed in a live demonstration were pretty impressive. I can see ‘Potter’ enthusiasts going crazy for it.