Just yesterday, I was saying that I’d like to upgrade to 3-D in my home theater, but don’t expect to replace my projector anytime soon. Hence I’d need to add a secondary TV to the room, most likely off to the side. Well, now Sony has gone and announced a new 3-D projector that almost has me eating my words. Almost.

The problem with most 3-D home theater projectors released to date is that they use polarized light to deliver the stereoscopic imagery. While that means that you can use the simpler passive polarized 3-D glasses, rather than active LCD shutter glasses, it also means that you need a special silver screen that is both expensive and makes regular 2-D viewing look like crap. Realistically, you need to install two screens (at least one retractable) – one for 2-D content and one for 3-D content. That’s just not practical in most home theaters. Certainly not in mine.

However, the Sony’s VPL-VW90ES claims to feature a 240 Hz SXRD panel and claims to sync with the same active shutter glasses used with Sony’s 3-D TVs. That tells me that it must not use polarized light. So long as I won’t have to replace my existing screen, this is a much more attractive proposition. 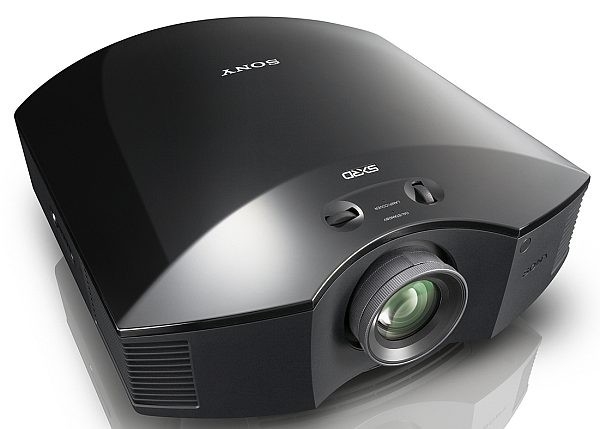 Still, I’m not quite sold yet. While the specs for the VPL-VW90ES list an astounding 150,000:1 contrast ratio, Sony’s SXRD projectors achieve their high contrast ratings through the use of a dynamic iris. I’m just not a fan of that feature. Even on projectors and TVs that I’ve been told have a nearly seamless implementation of it, I can always spot brightness pumping that I find terribly distracting.

My current projector is a JVC D-ILA model that achieves high native contrast (perhaps not 150,000:1 high, but still high – and manufacturer specs are always inflated anyway) without any dynamic iris. Once I grew accustomed to this (and I have), I really don’t find anything else acceptable.

No price has yet been announced for the Sony VPL-VW90ES, but it’s said to start shipping in Europe in November. I have not personally heard anything about JVC adding 3-D to its D-ILA line, but I have to assume that the company is working on it. I hope so, at least. For now, I think I’ll hold off and wait for that.