Another fine effort from director Fritz Lang, While the City Sleeps paints a cynical portrait of a media empire that shamelessly exploits a brutal killing while trying to solve the crime. A big name cast and literate screenplay enhance the appeal of the film, which eerily mirrors today’s crazy, chaotic political and corporate climate.

While the City Sleeps

With its image of a human claw attacking a screaming woman, the poster art for While the City Sleeps makes the movie look like a low-budget slasher flick. Yet nothing could be further from the truth. While murder does plays a pivotal part in the narrative, the killer-on-the-loose storyline is only one sensational angle in a tight little thriller that’s really about corporate intrigue at a tabloid media company and the cutthroat characters who duke it out to gain the favor of their egotistical boss. The penultimate American film from legendary director Fritz Lang features an impressive cast and plenty of psychodrama as it explores a host of dysfunctional relationships amid an atmosphere of moral decay.

New York is the gritty setting for this tough tale of ambition, manipulation, and betrayal that revolves around the hunt for a violent madman (John Barrymore, Jr.). After a young woman is brutally murdered, dying media mogul Amos Kyne (Robert Warwick) dubs her assailant “The Lipstick Killer” and orders his television, print, and wire service executives (James Craig, Thomas Mitchell, and George Sanders, respectively) to exploit the horrific crime. The edict turns out to be Kyne’s final act. When his inexperienced yet insufferably arrogant playboy son, Walter (Vincent Price), assumes control of his father’s empire, he asserts his authority by pitting his three department heads against each other in a competition that’s a cross between The Apprentice and Game of Thrones. The first man to crack the case and reveal the Lipstick Killer’s identity will win the plum position of executive director and oversee the entire Kyne organization, a lucrative dangling carrot that instantly turns colleagues into foes, fosters a toxic atmosphere of distrust, and raises the stakes of a couple of romantic relationships that hinge on the outcome of Walter’s self-proclaimed “gimmick.”

While the City Sleeps may be one of Lang’s lesser efforts, but its film noir accents, stellar performances and taut, layered screenplay by Casey Robinson (who scripted many of Bette Davis’s finest vehicles, including Dark Victory and Now, Voyager) elevate its status. The film holds up well today, thanks largely to our Reality-show culture (which makes Walter’s devious game more believable than it otherwise might be) and the coverage of government chaos that currently dominates our airwaves. If the backstabbing, free-wheeling, amoral climate at Kyne Inc. doesn’t remind you of today’s White House, I don’t know what will.

A couple of eerie parallels to Alfred Hitchcock’s Psycho, which While the City Sleeps predates by four years, provide additional fascination. The opening murder takes place in a bathroom while the victim is filling her tub (not exactly the shower, but close), and the young male killer has serious mother issues, much like the ones that torture Norman Bates and cause him to target attractive young women. The killer even scrawls the words “ask mother” on the wall after committing his deadly crime.

Though his direction is more straightforward than usual, Lang crafts a memorable chase scene in a subway tunnel and makes good use of the widescreen canvas. The black-and-white photography by eight-time Academy Award nominee Ernest Laszlo (who won the Oscar for 1965’s Ship of Fools) exudes a grimy naturalism that suits the subject matter, but unfortunately doesn’t do justice to the beauty of Fleming, who was dubbed by some as the “Queen of Technicolor.” Still, her sex appeal shines through. She, Lupino, and Forrest add a welcome feminine presence to the proceedings.

Andrews, who had a notorious drinking problem in real life, brings authenticity to his role, while such seasoned pros as Lupino, Mitchell, Sanders, and Price (who’s deliciously oily once again) all make the most of their limited screen time. The 24-year-old Barrymore (Drew’s dad) lacks the magnetism of his late matinee idol father, but he’s appropriately intense and creepy, and even engenders a bit of sympathy.

While the City Sleeps doesn’t quite rival such Lang classics as The Woman in the Window, Scarlet Street, Ministry of Fear, or The Big Heat, it’s an effective, entertaining exercise that blends suspense with social commentary. The corporate game hasn’t changed much in the six decades since the movie’s release, and this film deftly shows that if there were ever any rules at all, they were made to be broken.

Despite its cheap production values, While the City Sleeps looks mighty good on Blu-ray. Warner Archive’s 1080p/AVC MPEG-4 transfer nicely shows off the film’s stark, utilitarian appearance, with solid contrast and clarity, rich black levels, and a finely graded gray scale boosting the picture’s appeal. Evident but well-integrated grain supplies necessary texture, background details are easy to discern, patterns resist shimmering, and shadow delineation is quite good. Though close-ups are sparingly employed, they show off facial features well, and only a couple of errant specks dot the restored print. Some scenes are noticeably soft and transitions can be fuzzy, but despite these defects, I can’t imagine this film looking any better. If you own a previous version, I’d highly recommend upgrading.

The DTS-HD Master Audio 1.0 track is free of any age-related hiss, pops, or crackle and handles both bombast and subtleties with aplomb. A wide dynamic range keeps distortion at bay and lends the musical score welcome dimension. All the dialogue is clear and easy to understand.

The only disc extra is the movie’s original theatrical trailer. 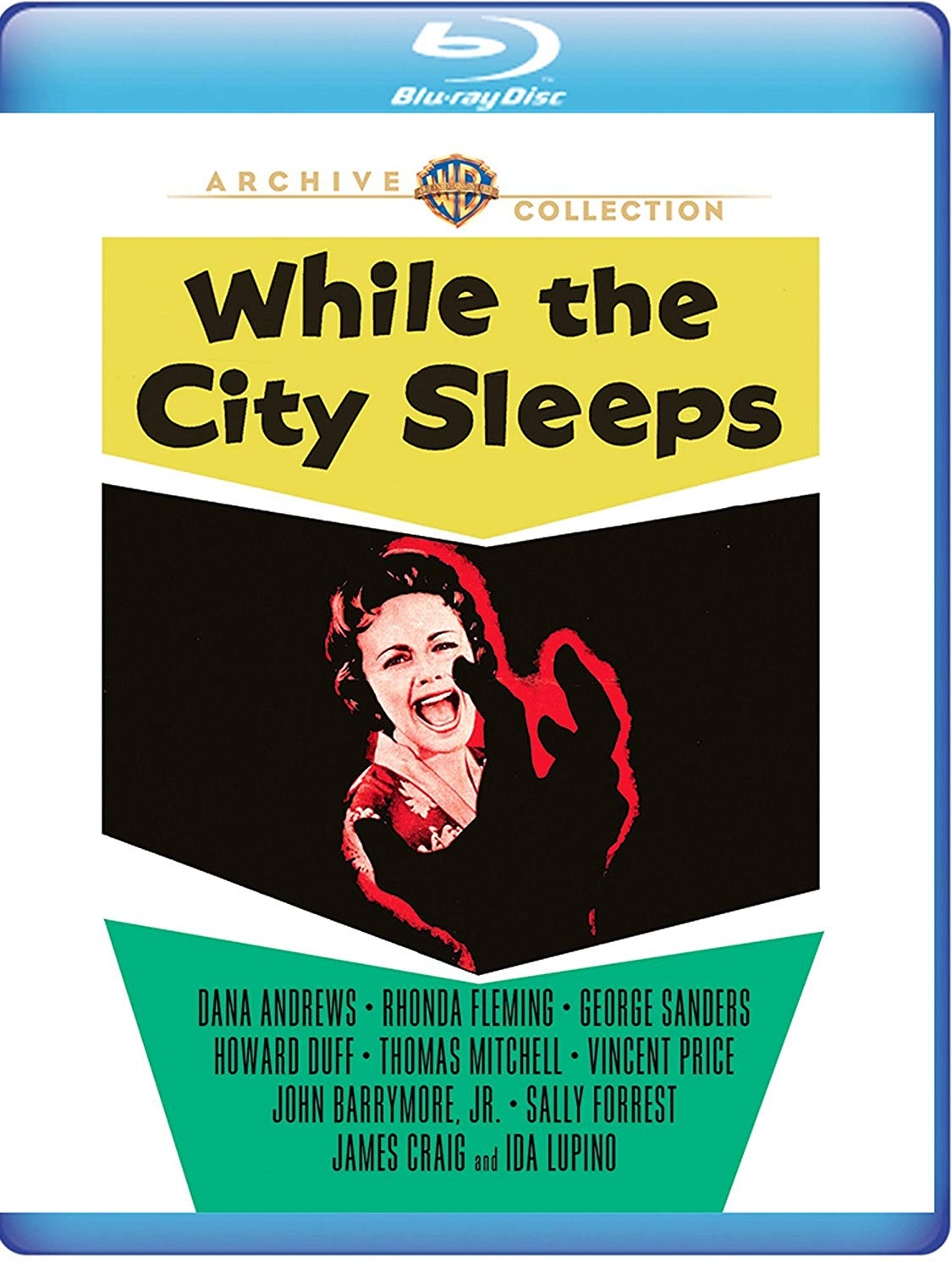 While the City Sleeps – Buy at Amazon