Screen legends Carole Lombard and James Stewart were certainly Made for Each Other, and their marvelous chemistry helps this dated comedy-drama about a newly married couple maintain its appeal.

Made for Each Other

The lives of young marrieds have changed quite a bit since Made for Each Other premiered almost 80 years ago, but many of the core challenges newlyweds face have not. Despite feeling pretty antiquated around the edges, director John Cromwell’s touching film will still strike a chord with most couples. Struggling to find footing at work, dealing with meddling in-laws and a demanding boss, striving to make ends meet, and handling the stress and exhaustion that come with a newborn baby are all relatable and universal topics, and Jo Swerling’s screenplay addresses them with a mix of whimsy and drama. Yes, the script oversimplifies some of the conflicts and the climax strains credulity (to say the very least), but a nostalgic charm and romantic sweetness infuse Made for Each Other and keep it appealing despite our better judgment.

Of course, the natural performances of Carole Lombard and James Stewart help a great deal, too. As Johnny and Jane Mason, who meet and impulsively marry after a one-day courtship (do people really do that?), they are instantly endearing and remain so throughout the movie. Johnny’s disapproving, opinionated mother (Lucile Watson) moves in with the couple, causing tension levels to rise, and when Jane gives birth to a son, the walls of their cramped New York City apartment really seem to close in. Yet any domestic strife Johnny and Jane endure seems trivial when the baby comes down with a life-threatening strain of pneumonia. That’s when Made for Each Other really shifts into drama mode, providing Lombard and Stewart with some affecting emotional moments even as the story goes off the rails.

1939 would prove to be Stewart’s breakout year. When Made for Each Other premiered in February, the young actor was still on the brink of real stardom, but the back-to-back releases of Frank Capra’s Mr. Smith Goes to Washington in October and the Western comedy Destry Rides Again in December quickly lofted him into the Hollywood stratosphere. His trademark earnestness and aw-shucks persona pervade all three films, which nicely show off his versatility.

The beautiful Lombard is versatile, too. Though best known as a screwball comedienne par excellence (her madcap work in My Man Godfrey and Nothing Sacred, both of which have received recent Blu-ray releases, is legendary), Lombard was also a sensitive and effective dramatic actress. Here she conveys the stress, frustrations, naïve optimism, and steadfast love of a young wife and mother without a shred of affectation. Lombard’s tragic death in a plane crash at age 33 just three years later robbed the film industry of one of its most luminous and talented stars.

In addition to Watson, who plays the judgmental mother-in-law to perfection, a host of recognizable character actors populate and enhance the film. Charles Coburn, Louise Beavers, Ward Bond, Esther Dale, and Harry Davenport (whose portrayal of Dr. Healy is eerily similar to his crusty Dr. Meade in Gone with the Wind later the same year) all add welcome zest to the proceedings.

Made for Each Other surely isn’t made for millennials, but its warmth, sincerity, and winning performances dull its dated elements and help us forgive its shortcomings. Lombard and Stewart make a marvelous pair and we’re lucky they got this chance to work together.

Made for Each Other has spent much of the past several decades in the public domain, so its home video prints have been notoriously bad. Thankfully, Kino has rescued the film from the scrap heap. Although the “brand new HD master from a 2K scan of the restored fine grain master” is far from perfect, it often looks quite stunning. Clarity and gray scale are excellent, grain is well integrated, and close-ups reveal a substantial amount of detail. The source quality fluctuates, however. Some scenes appear softer than others and a fair amount of print damage is evident, but considering the film’s ragged history, this is a very good transfer indeed.

The DTS-HD Master Audio 1.0 track has been scrubbed clean. No age-related defects afflict the sound. All the dialogue is prioritized and easy to understand, and good fidelity boosts the impact of the music score.

The only disc supplements are an audio commentary with film historian Lee Gambin, the film’s original theatrical trailer, and a few trailers for other Kino Studio Classics releases. 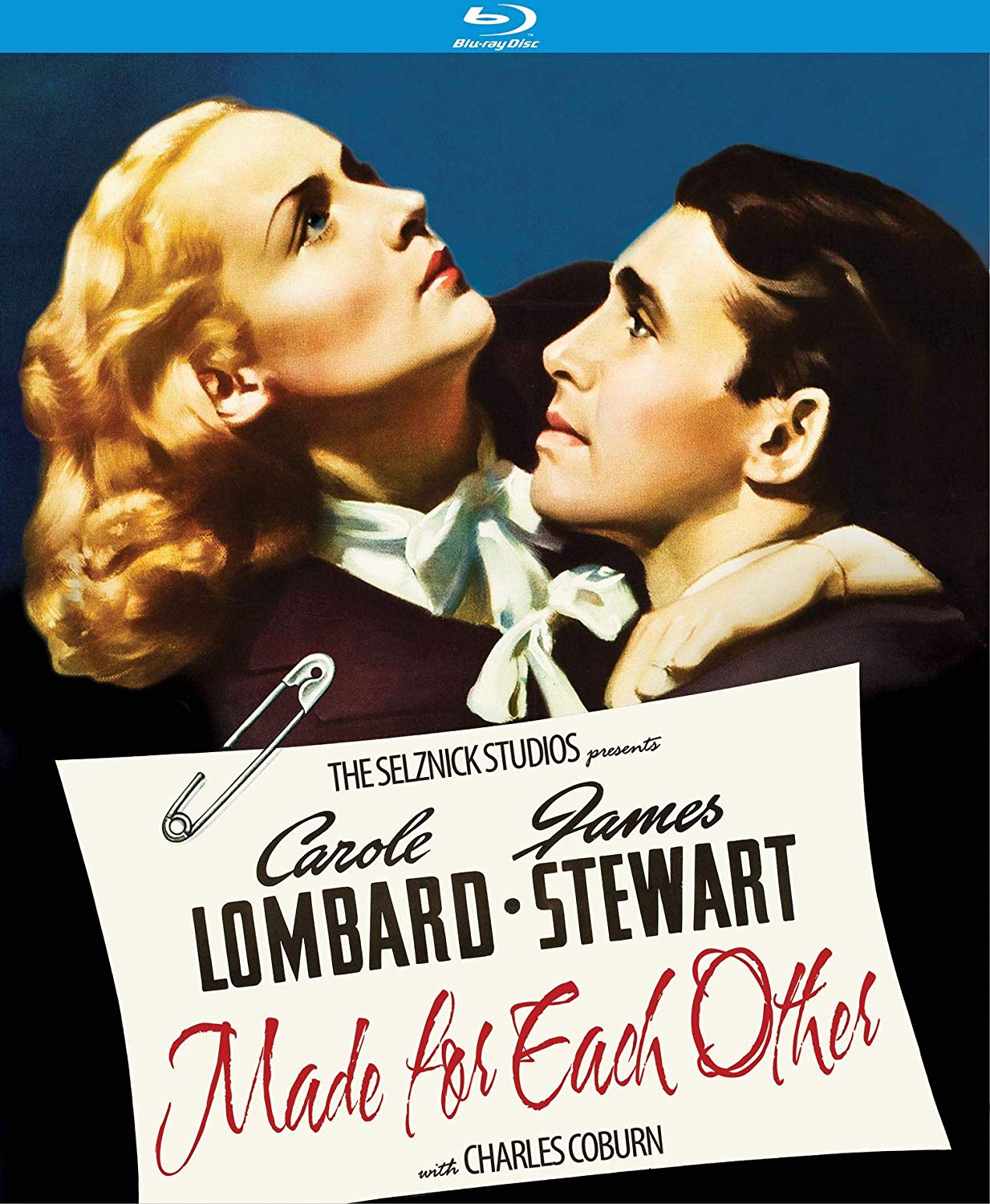 Made for Each Other Blu-ray – Buy at Amazon