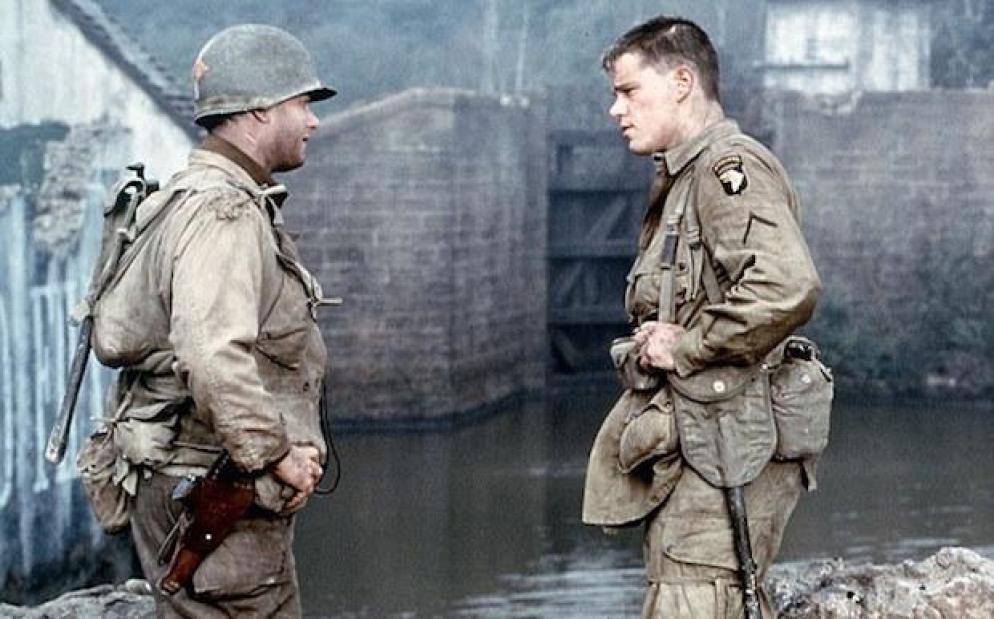 I’m giving a copy to Gene because I can totally see this happening:

Really….they want to do a musical version on Broadway??!!!

I’m sure some aspiring producer out there has actually given this some thought and come damn close to making it a reality.

Howard’s entry was simple, but it made me laugh. Imagine how deflating the final act of the movie would be if it ended like this:

My mom doesn’t actually like me, but hey thanks for coming all this way.

Congratulations to Gene and Howard for winning ‘Saving Private Ryan‘ on Ultra HD Blu-ray, and thanks to everyone else for participating in our contest.