News from Japan has revealed that Satoshi Kon, director of such landmark anime films as ‘Perfect Blue’, ‘Tokyo Godfathers’, and (most recently) ‘Paprika’, passed away this week. He was only 46-years-old. Pancreatic cancer is reported to be the cause of death. The director was in many ways a true visionary for the medium. This is a major loss for an industry that has only become increasingly derivative, cannibalistic, and generic in recent years. 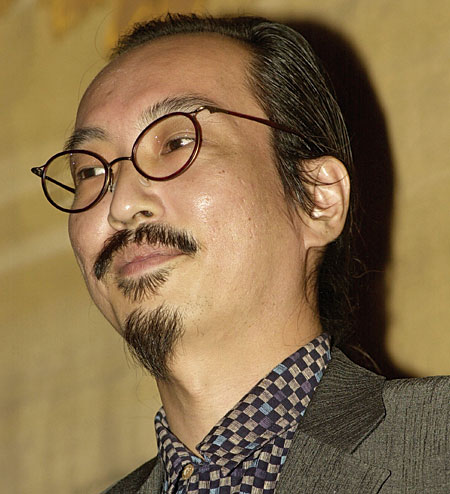 Kon’s feature directorial debut, ‘Perfect Blue’, is arguably still his best film. The suspense thriller is notable for its rich psychological depth and a storyline that could work equally well in live action. In fact, the movie was such a big hit that it actually did spawn a live-action remake (directed by others). Kon followed this with acclaimed works such as ‘Millennium Actress’, ‘Tokyo Godfathers’, and the TV series ‘Paranoia Agent’. His last feature was the 2006 dream thriller ‘Paprika’. He was working on a new movie called ‘Yume-Miru Kikai’ (‘The Dream Machine’), which he described as “like a road movie for robots,” when he died.

A final message was posted to his website on his behalf on Wednesday, after his passing. His website is currently under heavy traffic load, but ANN archived a copy.

In the beginning of the message titled “Farewell,” Kon recalled:

May 18 of this year, an unforgettable day.

My wife and I received the following prognosis from a cardiologist at the Musashino Red Cross Hospital:

“The pancreatic cancer is terminal and has metastasized to the bone. You have at most a half year left.”

Later, he remembered meeting with MADHOUSE founder Masao Maruyama about the final anime film he was directing:

When I conveyed my concerns for Yume-Miru Kikai to Mr. Maruyama, he said, “It’s fine. Don’t worry, we’ll do whatever it takes.”

He concluded his message with the following:

With feelings of gratitude for all that is good in this world, I put down my pen.

‘Paprika‘ is the only of Kon’s films currently available on Blu-ray. Although not one of my favorites, personally, it’s certainly a visually dazzling effort with some interesting thematic weight behind it. Story similarities to current blockbuster ‘Inception‘ might make this a particularly good time to give it another watch.

Also, here is a good interview the filmmaker gave to Home Theater Magazine back in 2005, in which he talks about his working methods, the importance of anime in Japanese culture, and his favorite anime films.