Almost a year ago now, retro toy company Super7 made an exciting announcement that it had acquired and licensed the original molds to a legendary line of ‘Alien’ action figures that were designed but never released back in 1979. While they’re not quite ready to bring home yet, the company will finally open up preorders at this year’s San Diego Comic-Con, and convention attendees will be offered some special exclusives.

At the tail end of the 1970s, still riding high from the huge success of its ‘Star Wars’ toys, the Kenner company inked a deal with 20th Century Fox to produce a compatible run of 3 ¾” action figures for the studio’s next surefire science fiction blockbuster, Ridley Scott’s ‘Alien’. Apparently, it escaped almost everyone’s attention that ‘Alien’ would be an R-rated horror film, not exactly a property conducive to marketing toys to children. Plans progressed as far as designing and creating prototypes for several figures (including heroine Ripley, Captain Dallas, Kane, Ash and the alien itself, jokingly called “Big Chap”) before someone realized how inappropriate this tie-in would be and pulled the plug on the whole project. Tantalizing photos of those prototypes taunted toy collectors and fans of the movie for years.

Now, with appropriate permissions received from both Hasbro (current owners of the Kenner brand) and 20th Century Fox, Super7 will finally make these unproduced figures a reality, boxed up in vintage style packaging for good measure. Expected to ship sometime between October 1st and December 31st of this year, a complete set of the five “ReAction” figures will be available for preorder at Comic-Con (July 18th – 21st). The figures will only be sold together, not individually, for $100 shipped within the continental United States or $125 elsewhere. If that sounds expensive for five tiny pieces of plastic, you probably haven’t paid a visit to Toys R Us to price action figures lately. Honestly, for a desirable collectible like this, it seems pretty reasonable to me. 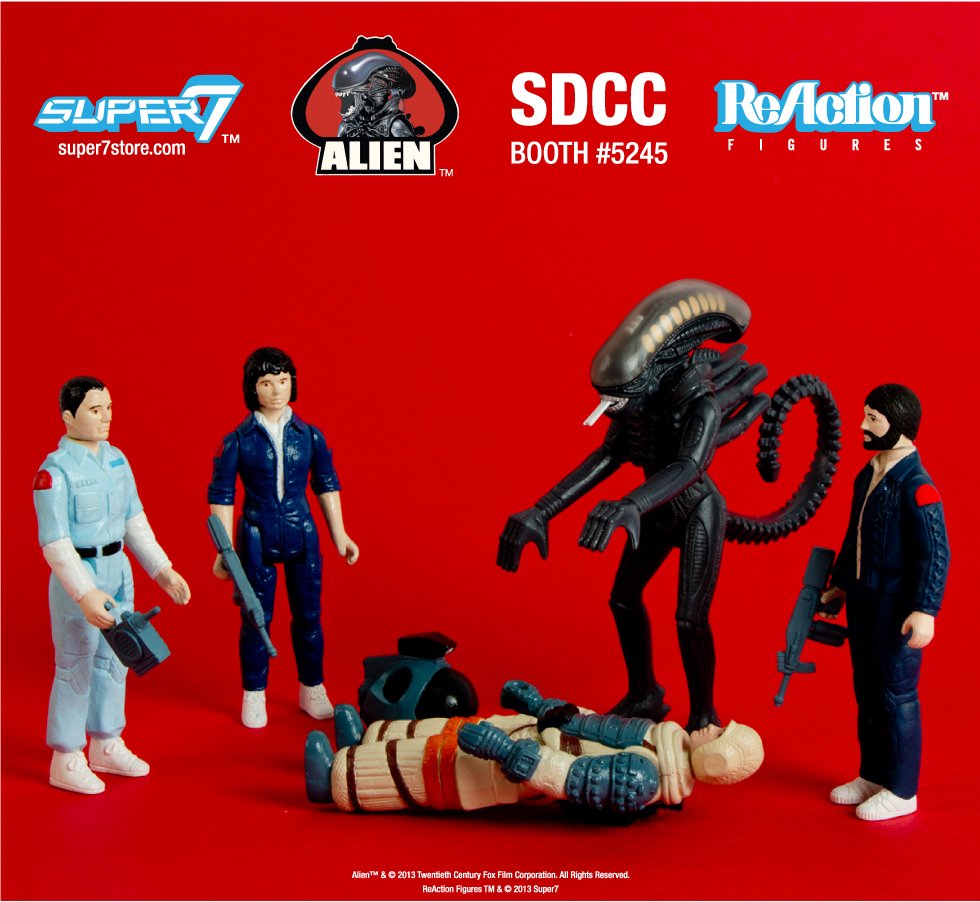 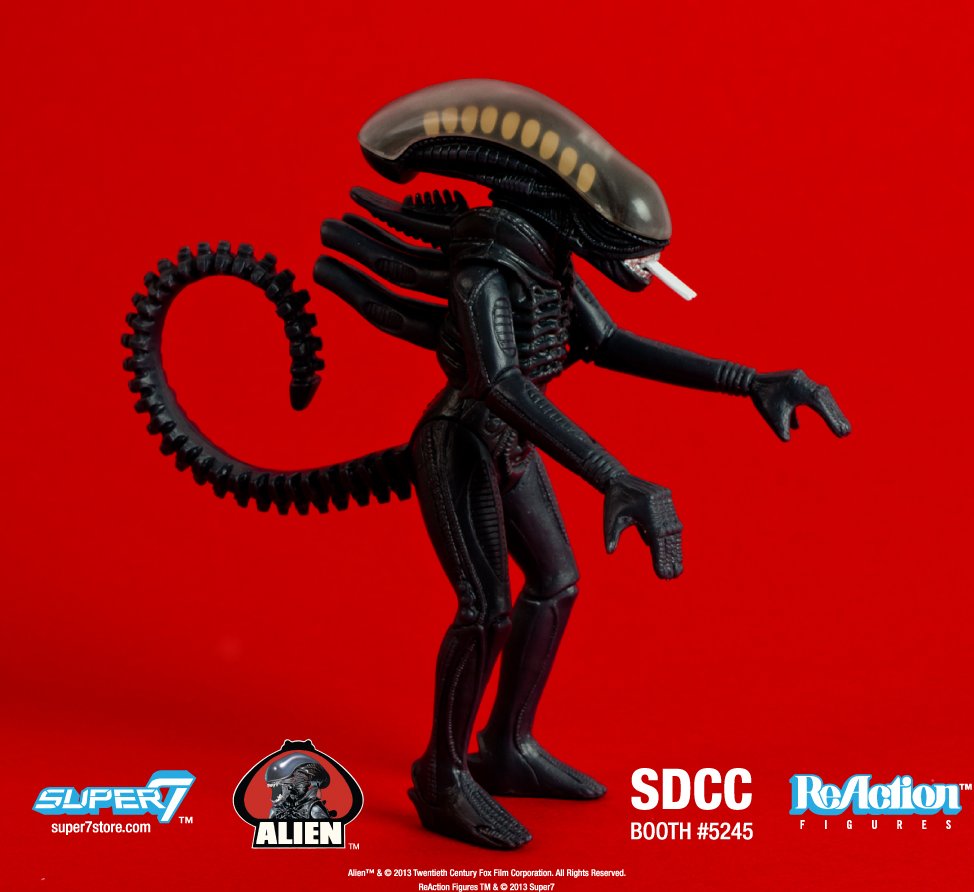 Additionally, Comic-Con attendees will have the chance to obtain any of four exclusive “Early Bird” packages: 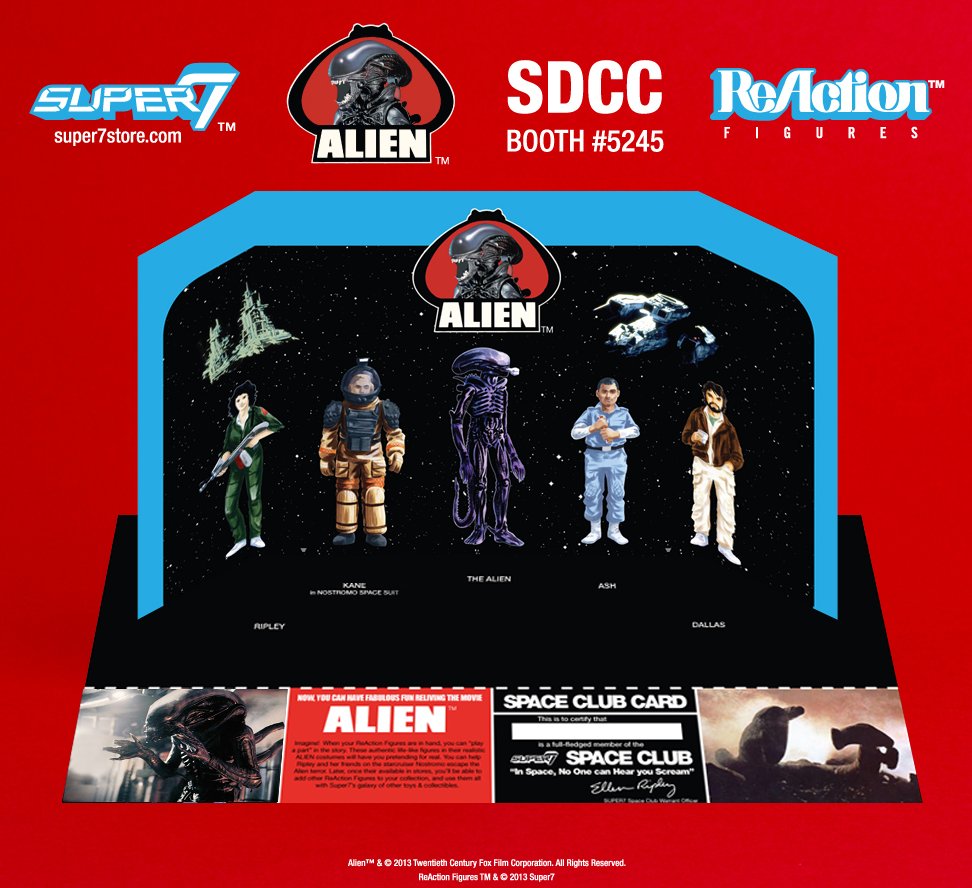 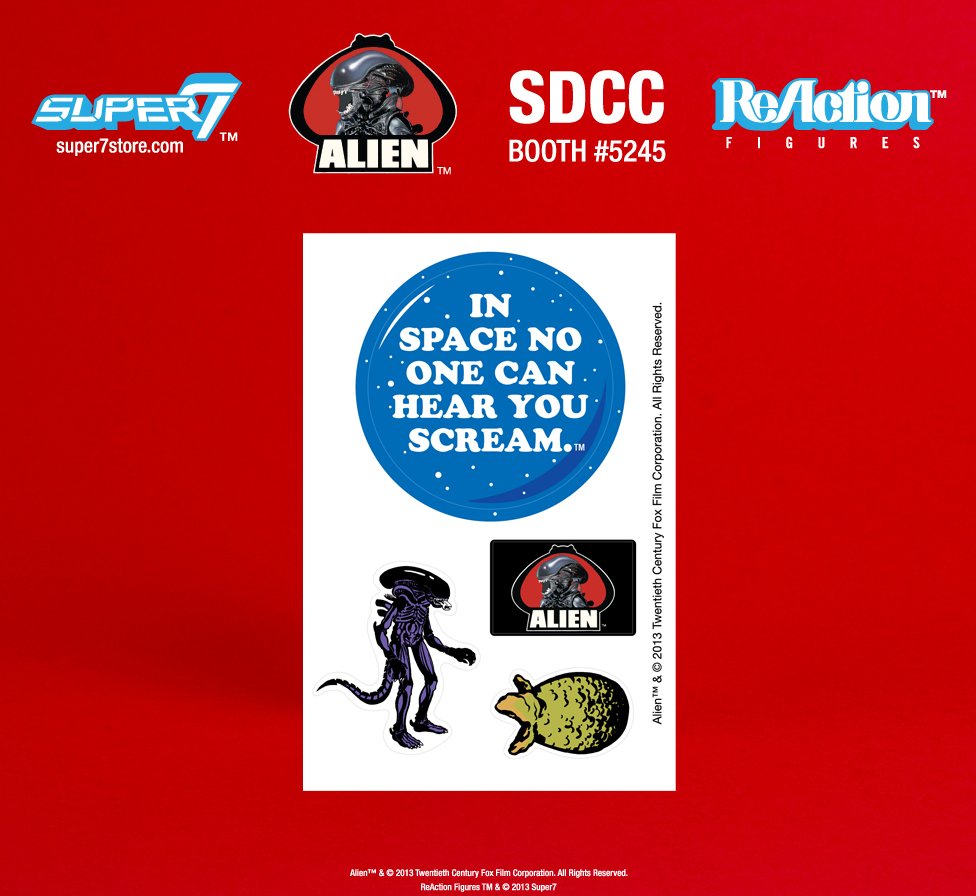 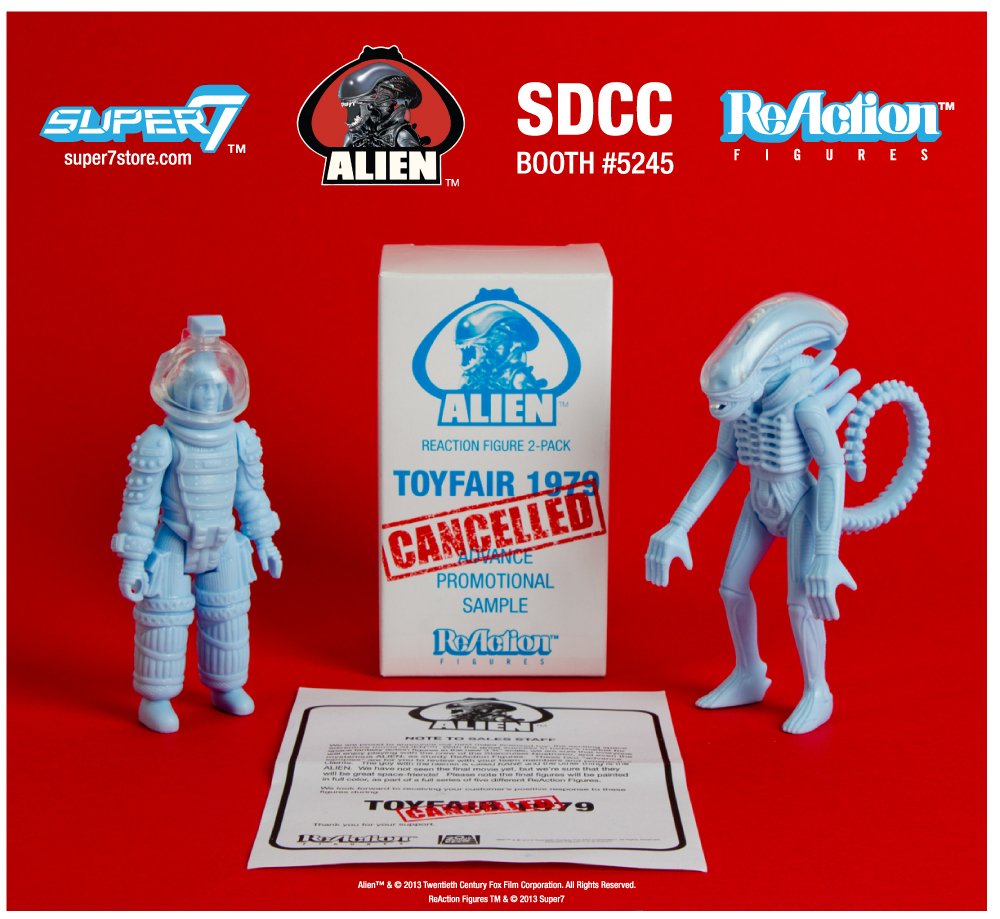 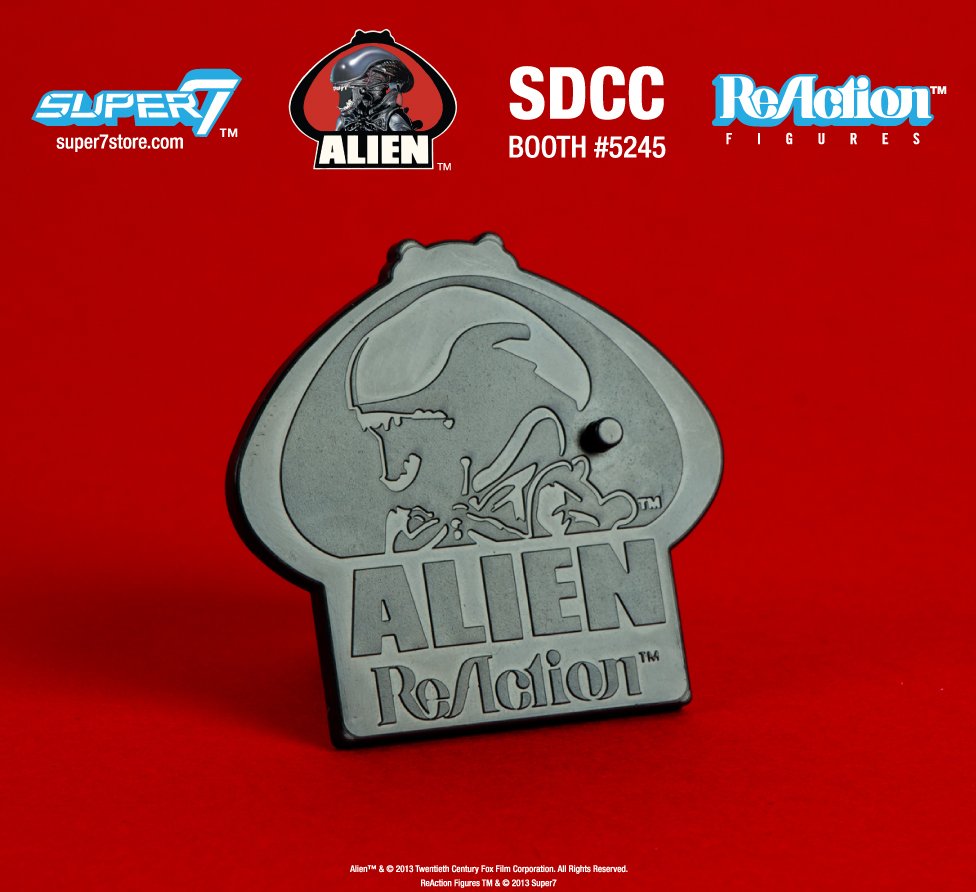 Aside from the ‘Alien’ action figures themselves, the other Early Bird items (even the test shot prototypes) will be handed out at Comic-Con, no waiting required.

More photos can be found at this Super7 Flickr page.

If you can’t make it to Comic-Con, regular preorders (without the Early Bird exclusive items) will open after the convention.