The troubling trend of ugly SteelBook cover art has perhaps hit its unfortunate zenith as the Rambo franchise (at least some of it) makes its debut in 4k Ultra HD.

I certainly hope I never see SteelBook art uglier than these! They look like a grade school art project gone terribly wrong. As John Rambo himself might say, “Urrrrrrrrrrrmmmmmuuuhhhhhhhurrrrrrrr…..” (The guy’s not known for being articulate.)

In addition to the ghastly art, I’ll also note that the original movie has been rebranded (for the packaging only, I hope) from First Blood to Rambo: First Blood.

The old Blu-ray for this movie is notorious for its poor video transfer. I expect the UHD to be an improvement, but I’ll definitely forego the SteelBook copy. 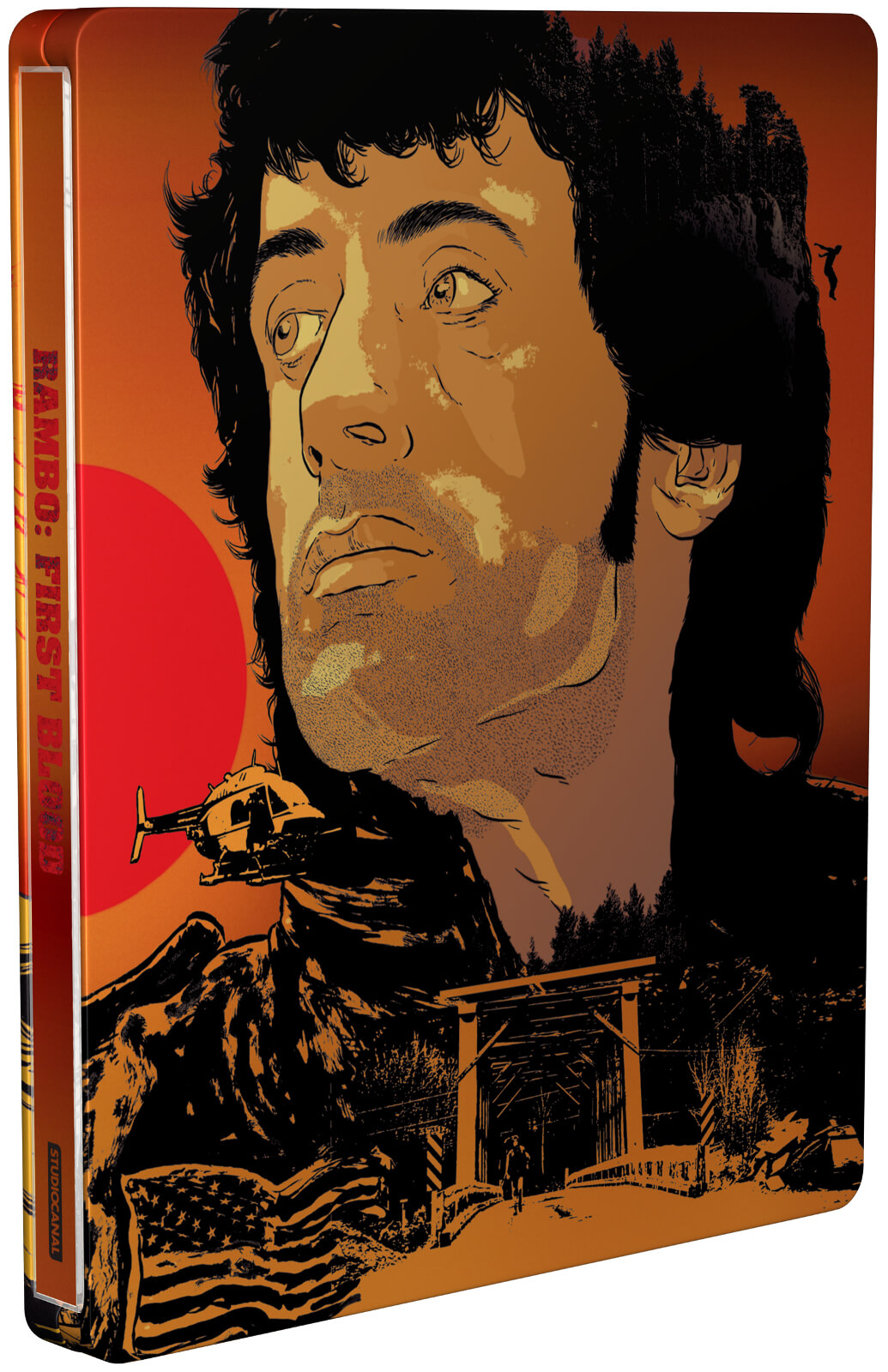 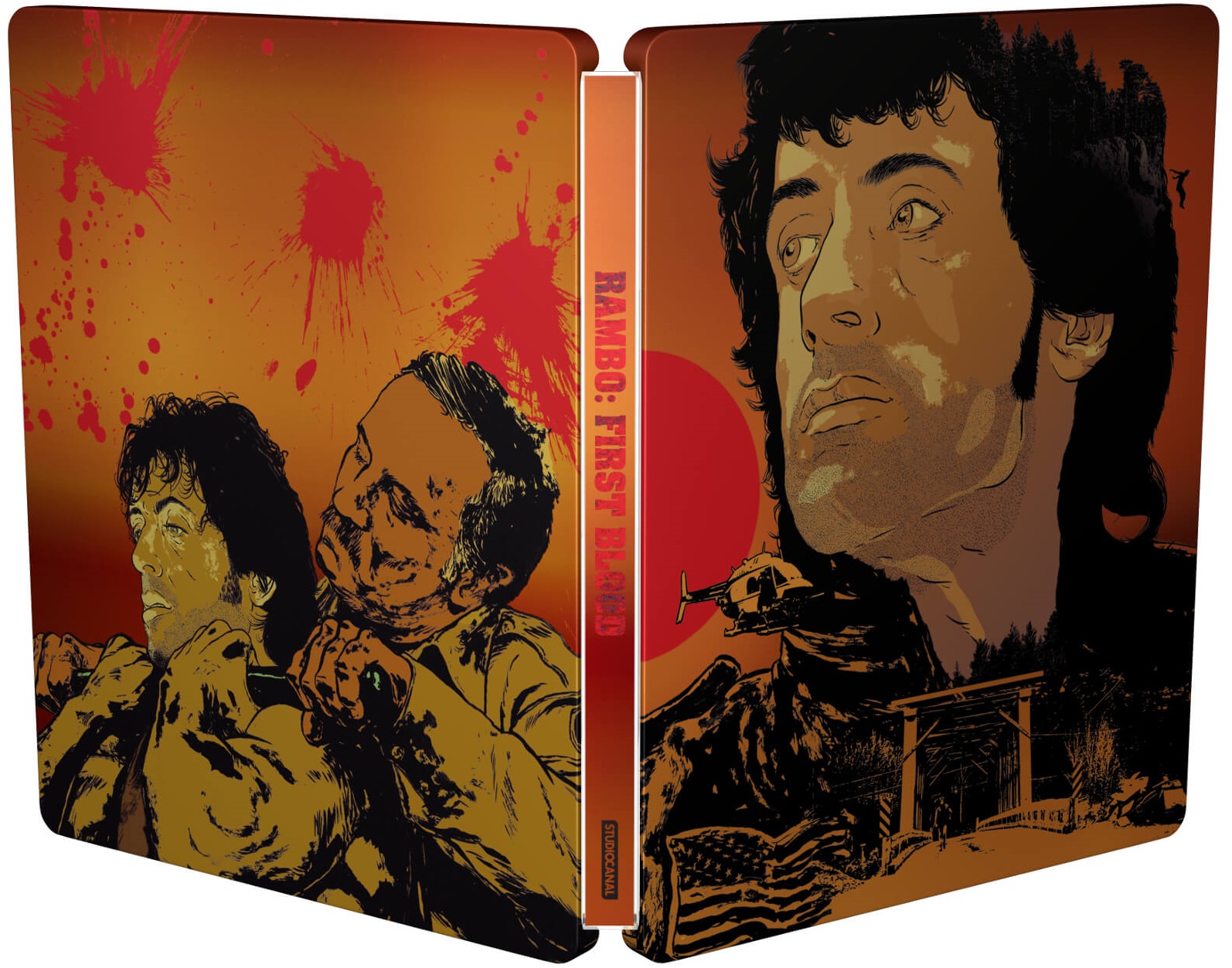 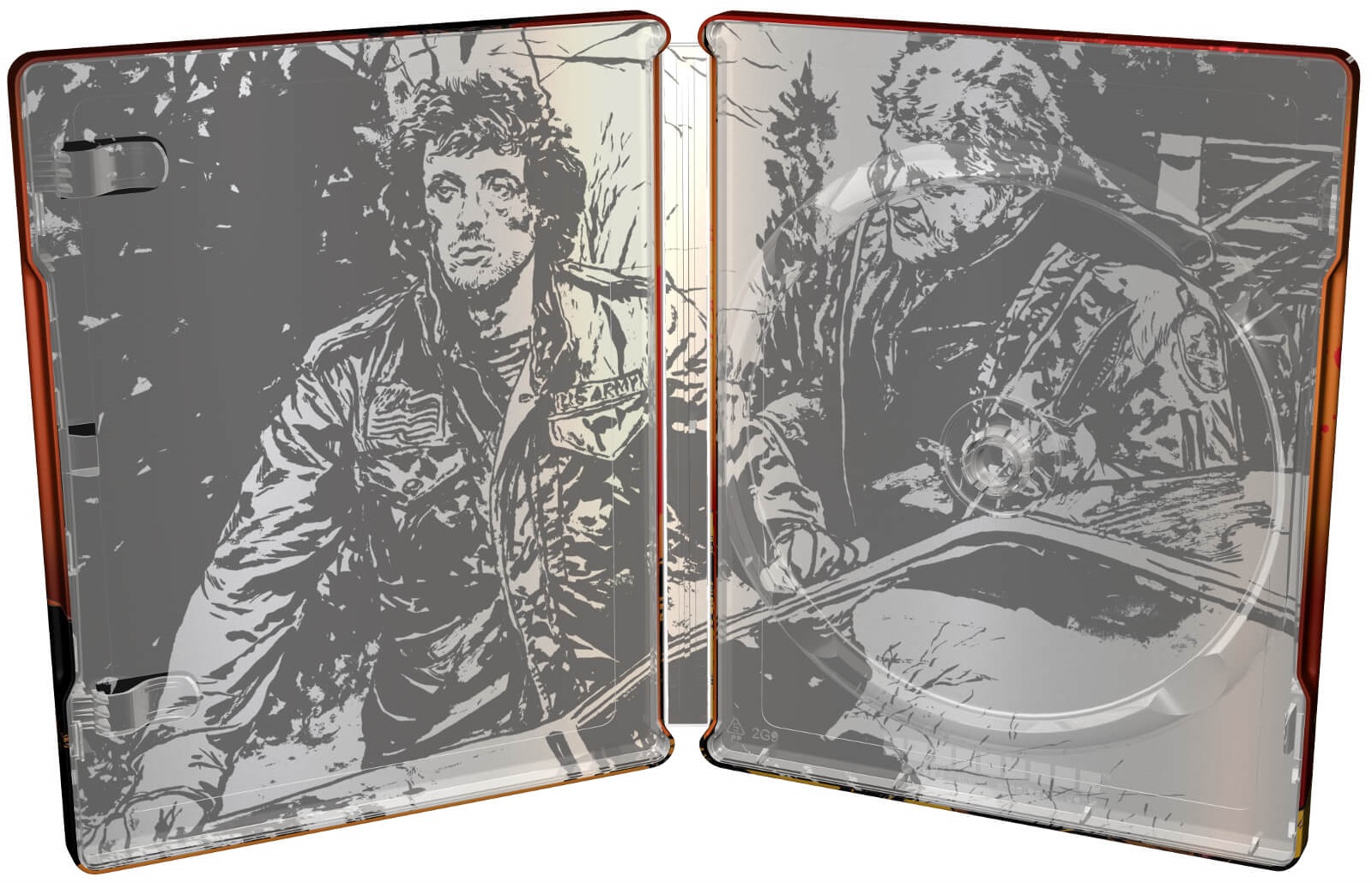 It’s amazing to me how little any of the sequels bear any resemblance to the surprisingly intelligent First Blood. Starting with the second movie, the franchise transitioned into a mindless, macho superhero cartoon. That’s a big disappointment, but it’s fun for what it is. James Cameron is actually responsible for the screenplay to this one, which is also amusing.

The expression on Stallone’s face in the back cover image sums up my reaction to the SteelBook. 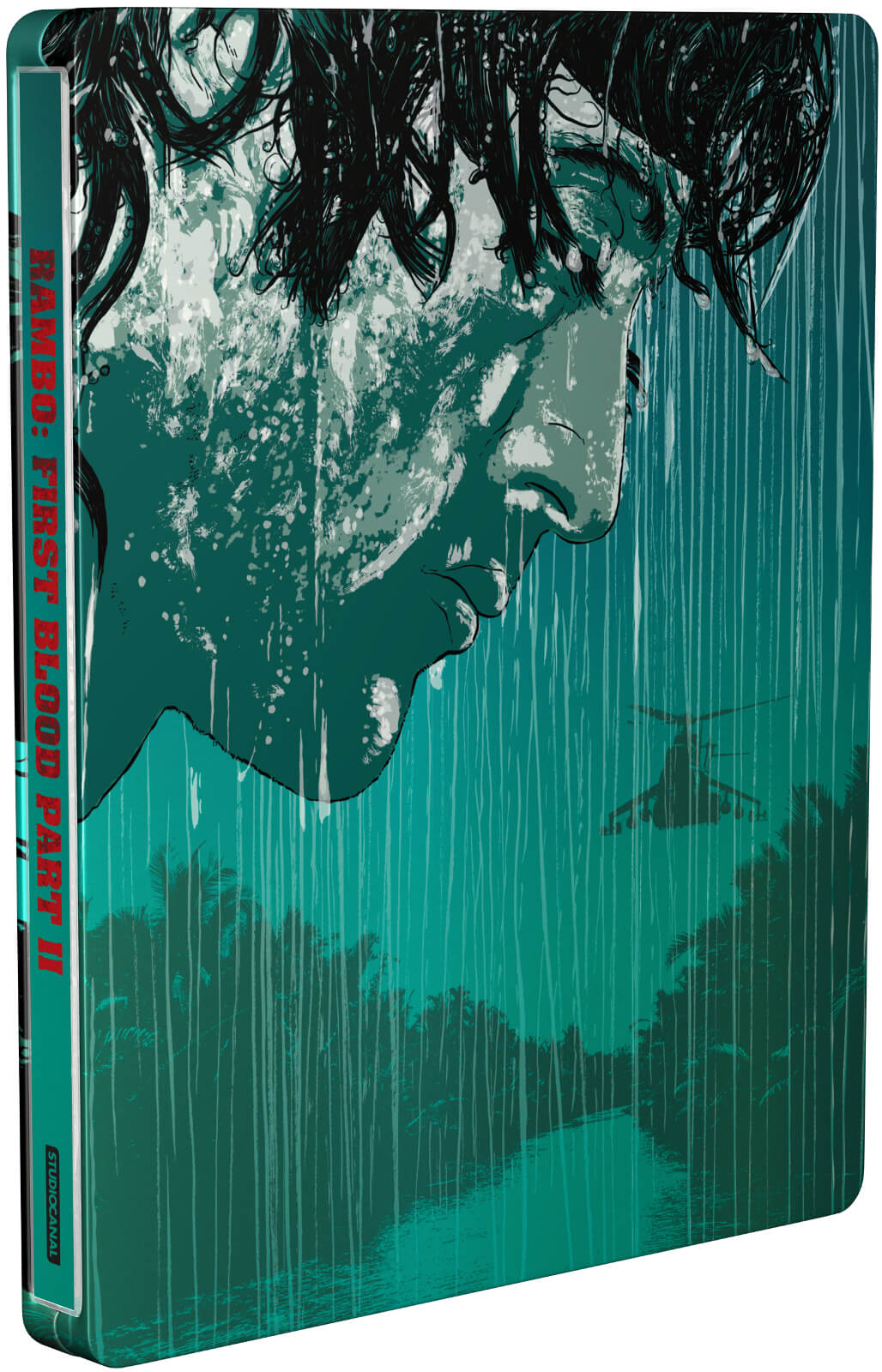 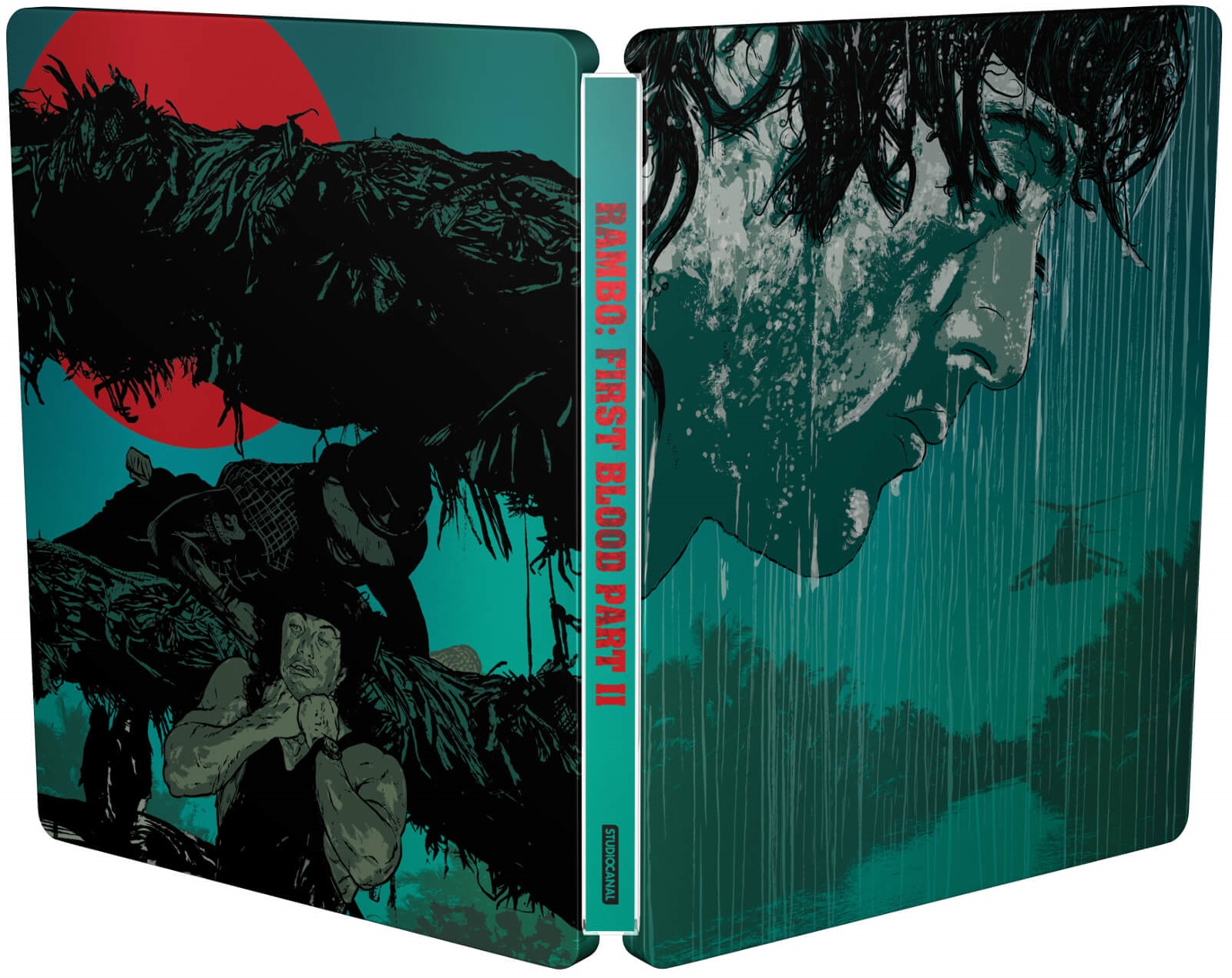 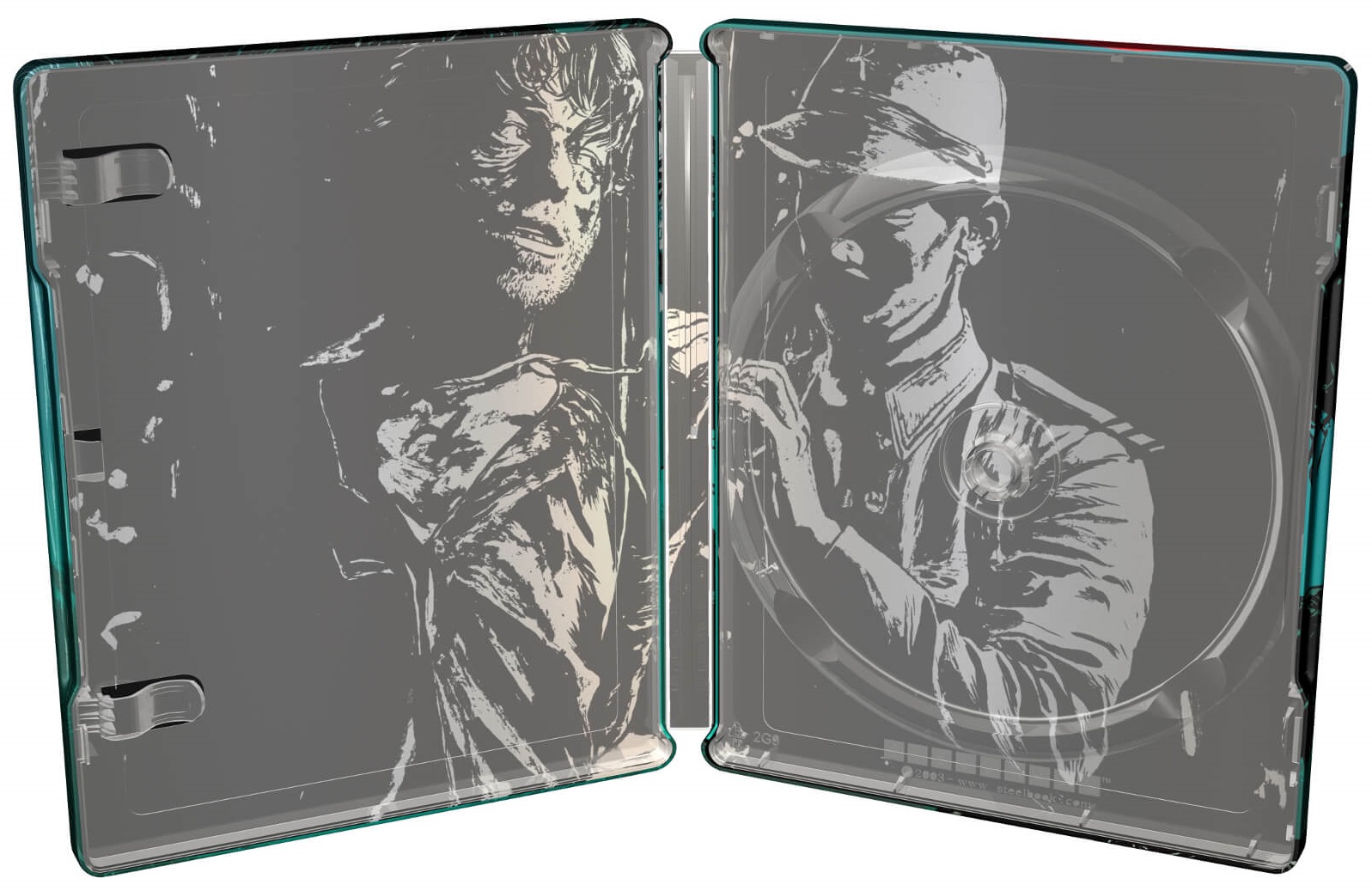 For the incredibly misguided third entry, Rambo goes to Afghanistan and joins the Mujahideen, the predecessors to the Taliban. We’re meant to cheer for this. If that seems shocking, remember that James Bond made the same mistake.

Perhaps fitting for the series’ worst movie, this is also the worst SteelBook. It looks like somebody puked onto a decoupage of helicopters, explosions and horses. 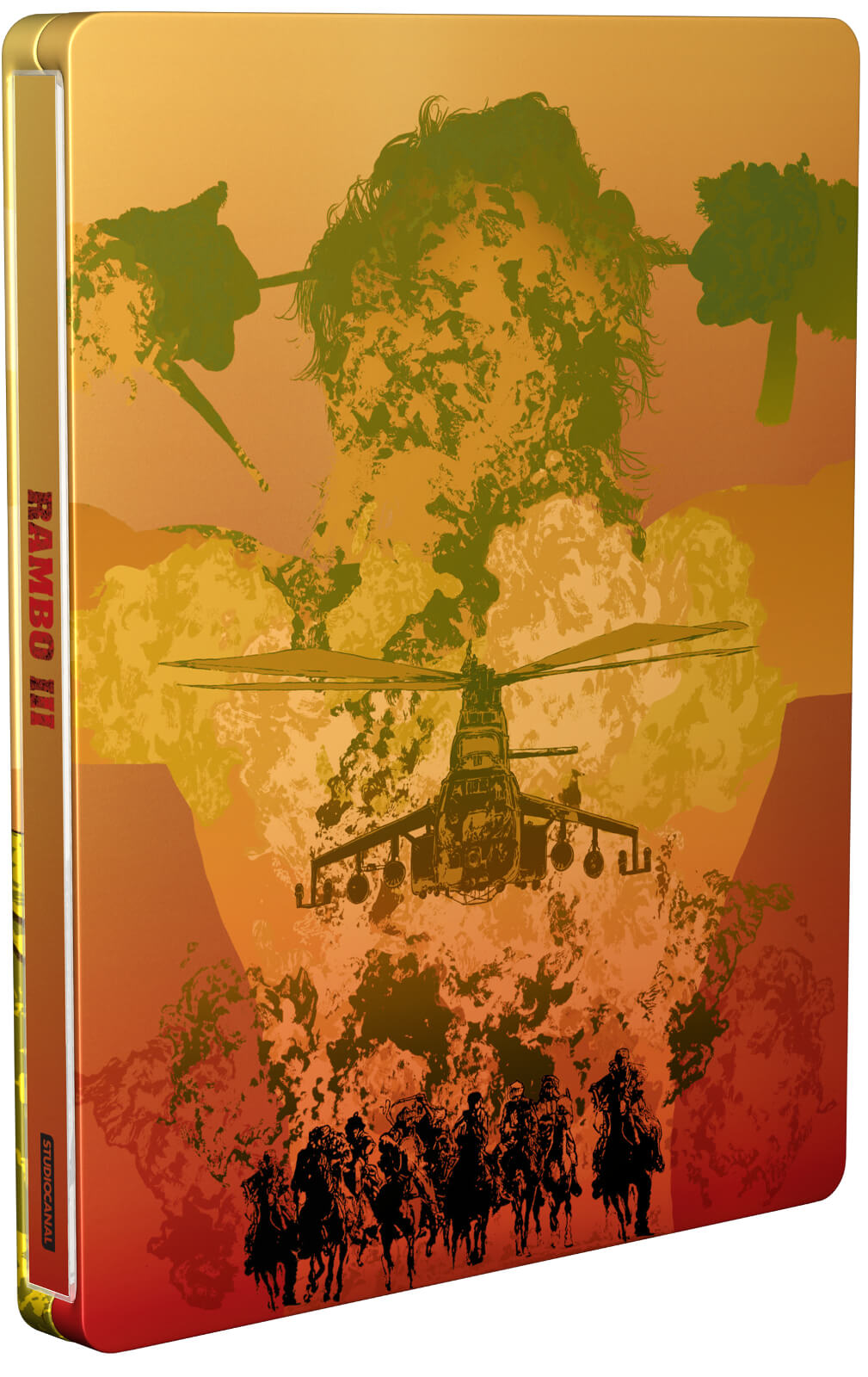 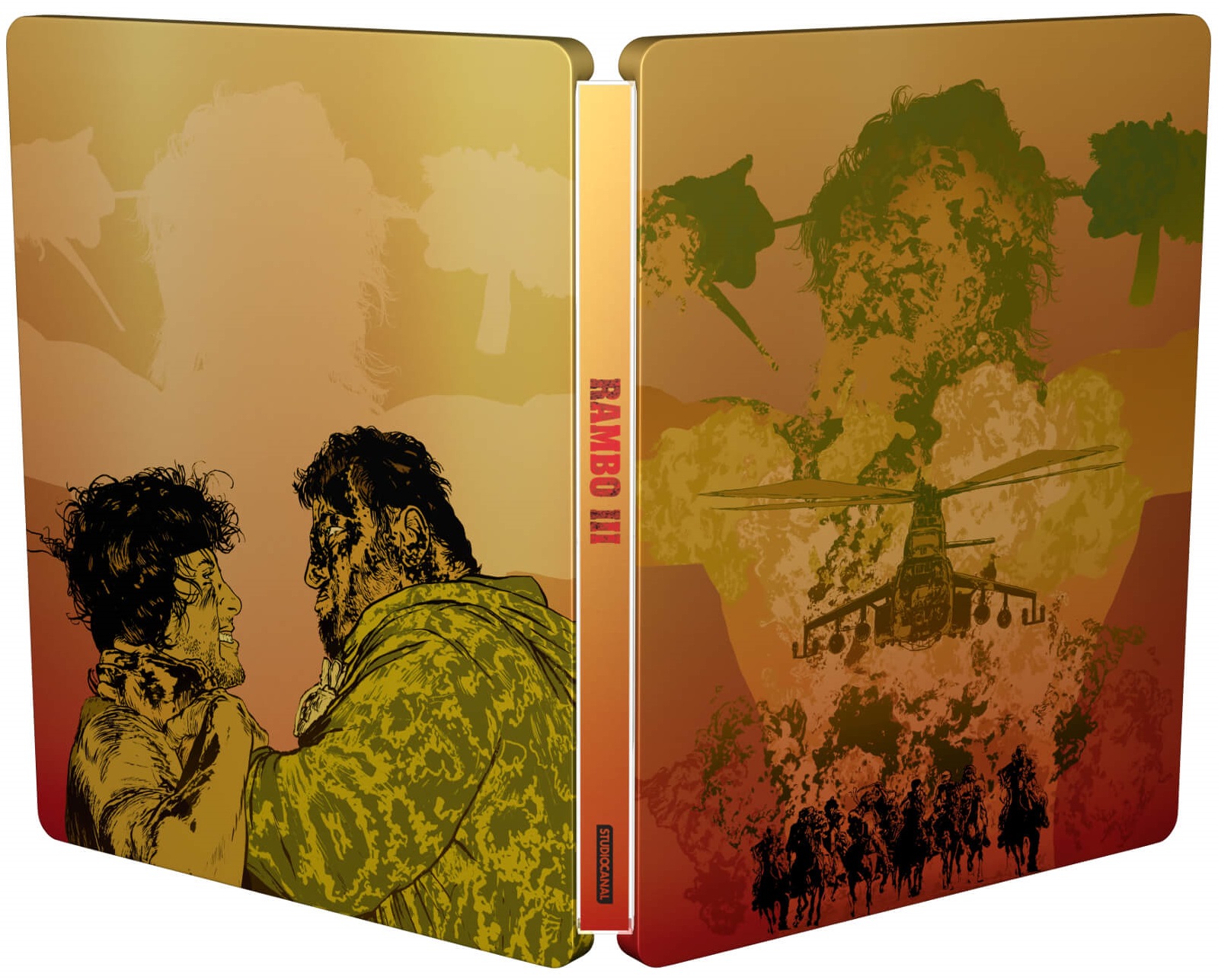 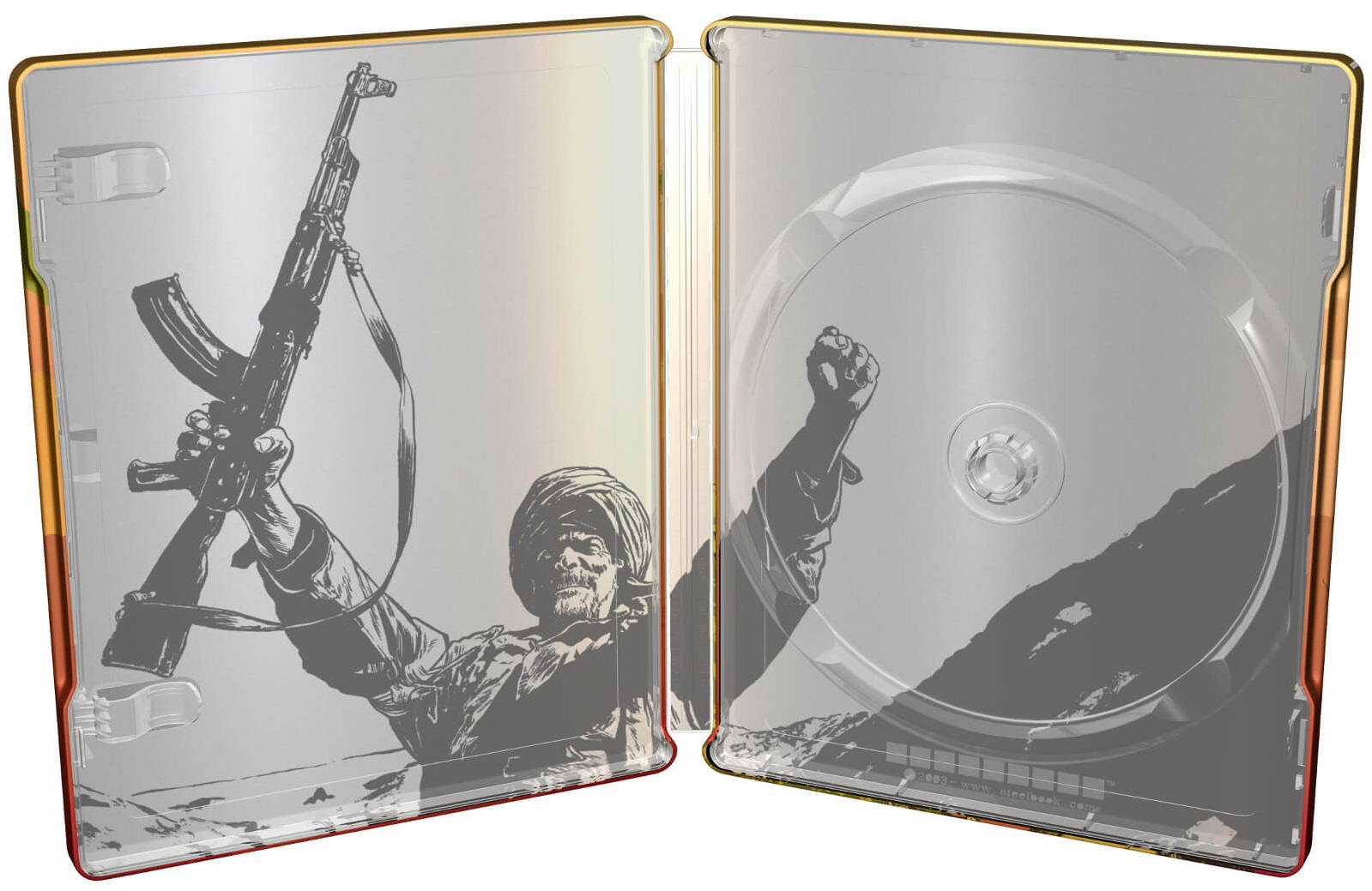 Missing in action is the fourth film, simply (yet confusingl) titled Rambo. However, if you want the first three bundled together in one SteelBook, you’ll have to look to Germany.

Of this series, the front cover of the trilogy package may be the least ugly SteelBook… Well, maybe it’s more accurate to say that it’s more appropriately ugly than the others. It’s still pretty bad, especially the comic book montage on the back. 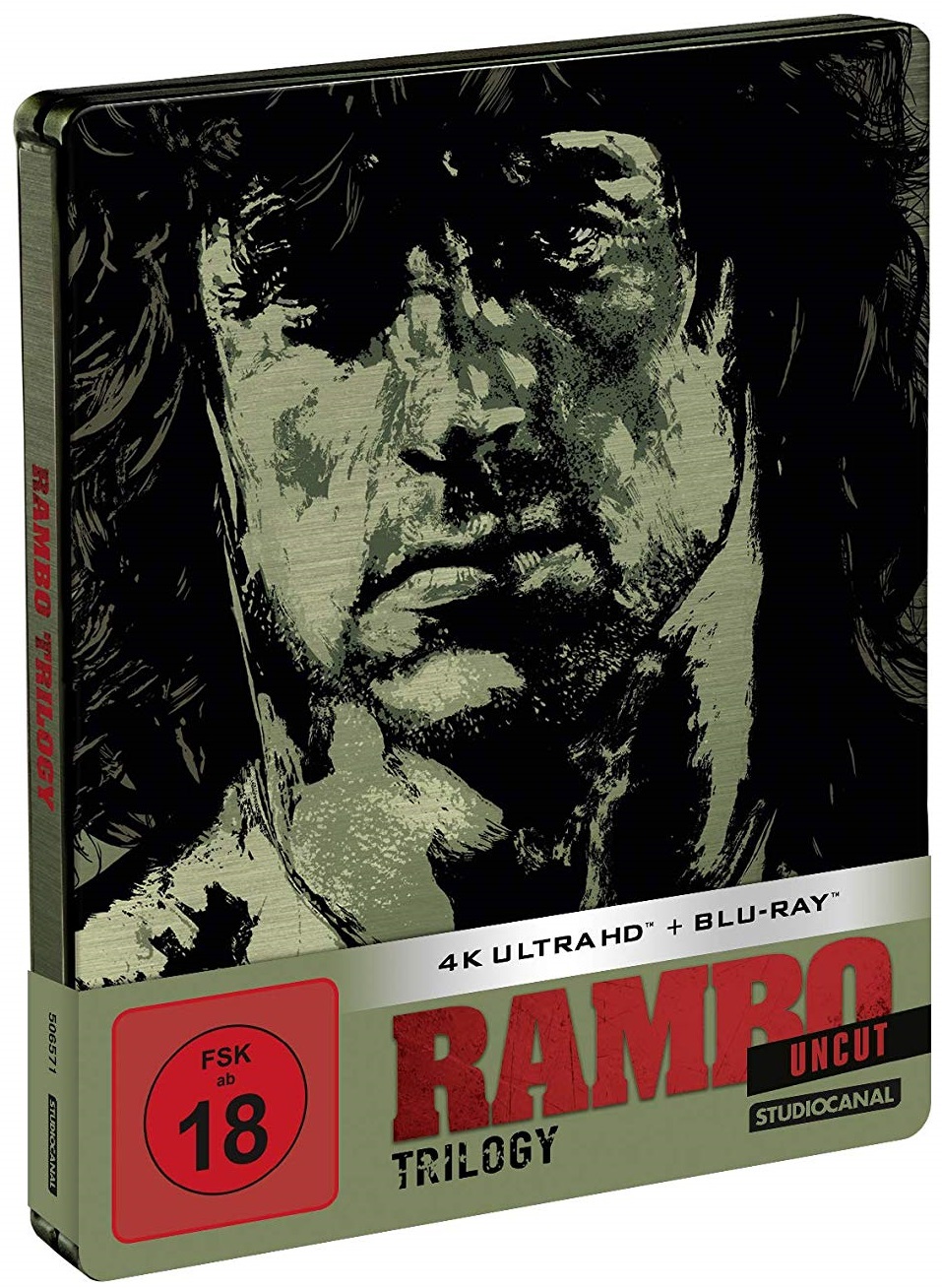 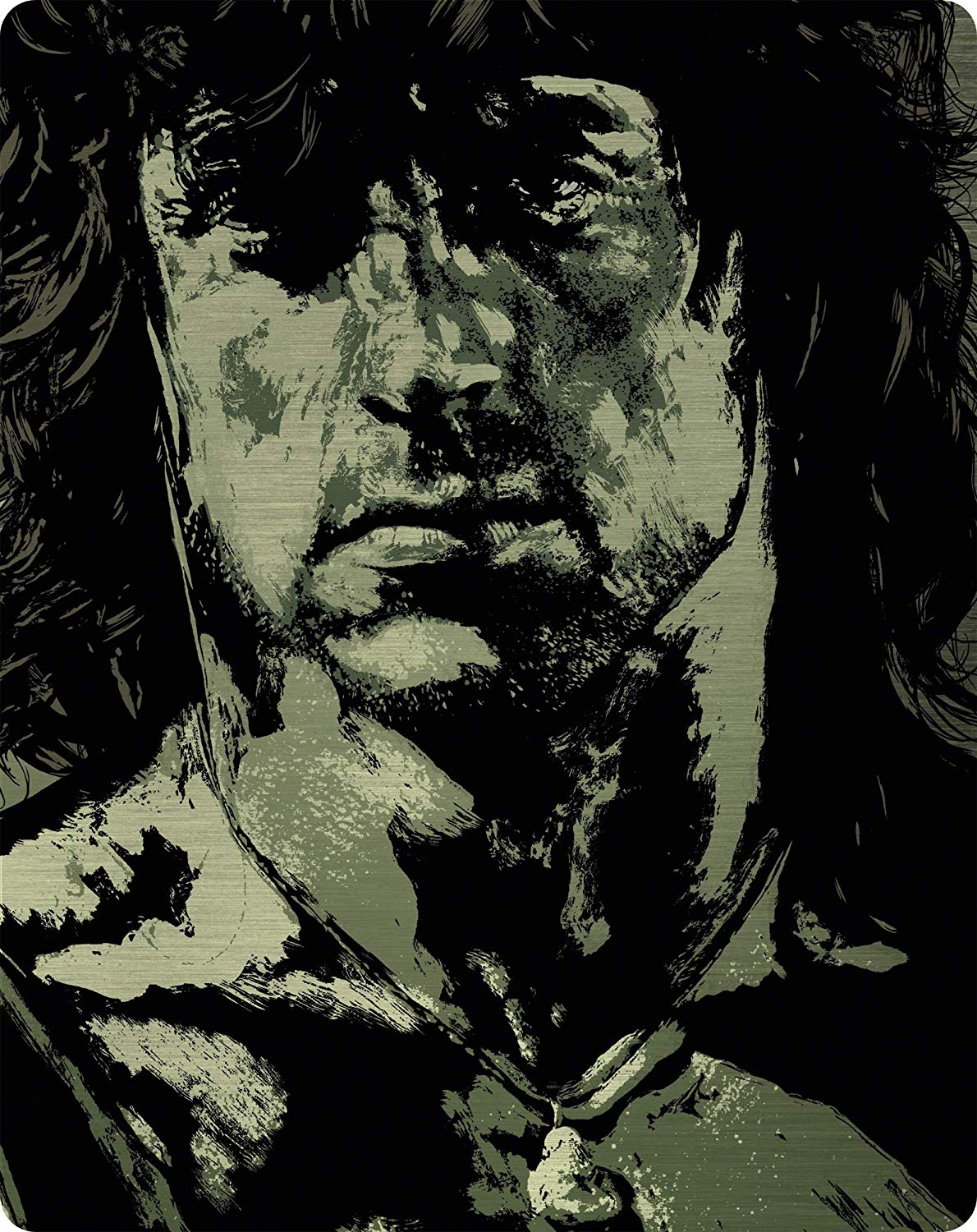 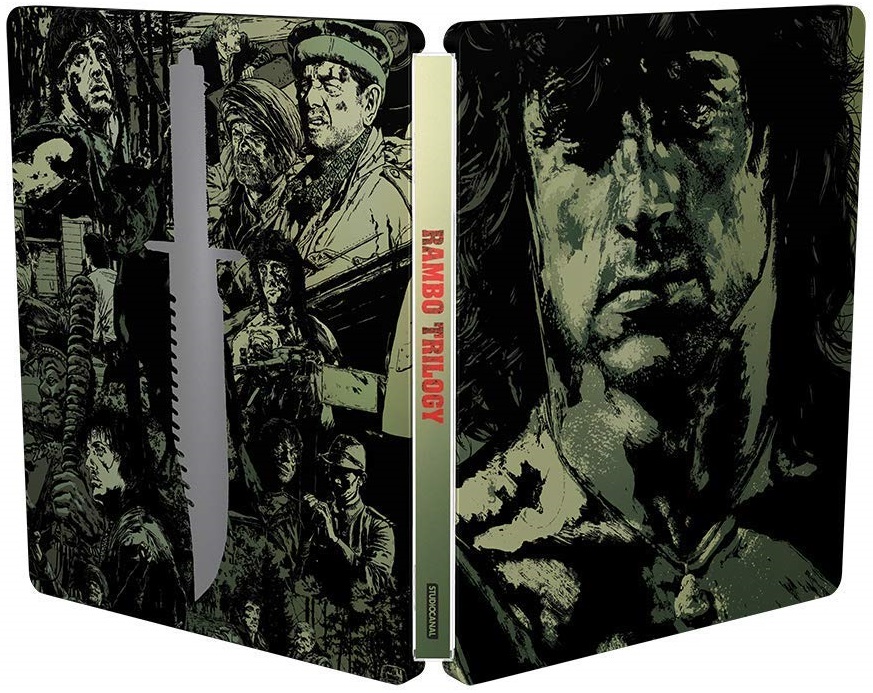 Be advised that, while the UItra HD format has no region coding, the Blu-rays in the cases might be locked to Region B.