Welcome to an all-new edition of Posterizing. Quite a few interesting posters have been released over the past few weeks for highly-anticipated movies like ‘The Dark Knight Rises’ and ‘The Cabin in the Woods’. Plus, I just want to make fun of ‘Battleship’.

This is… wait for it… an alien invasion movie.

I’ll wait for you to stop laughing.

No, really. It is. Have you seen the latest trailer? It’s almost as if each and every sound effect used in Michael Bay’s ‘Transformers’ movies was stolen and stuck in this one. This is all apparently because the board game it’s based upon isn’t exciting enough to make a movie from. Hmm… Who would’ve thought, right? 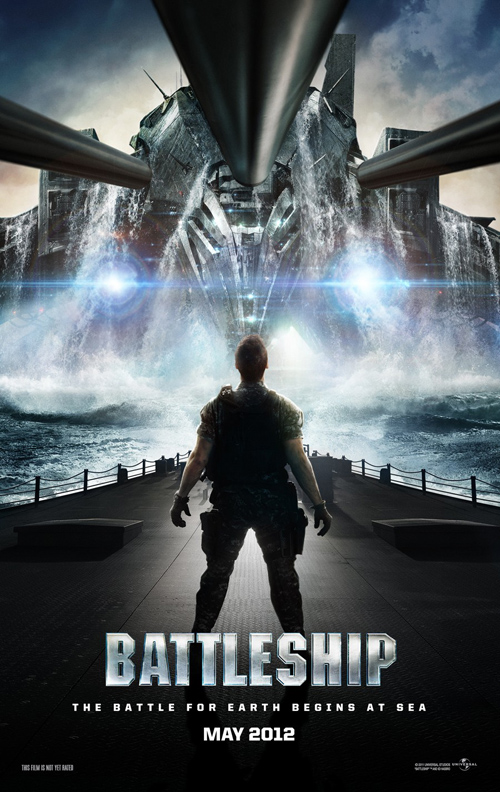 If that wasn’t enough, this poster totally rips off the ‘Battle: Los Angeles’ poster below. Ugh. ‘Battleship’ really has nothing going for it. I mean, this is a dismal-looking movie about aliens and Transformers that’s been inexplicably named after a board game. 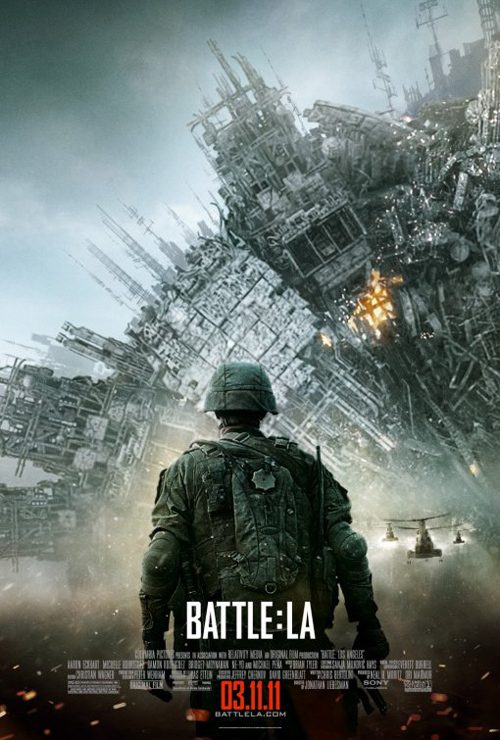 This is a fitting poster, right? We’ve already seen the cryptic ‘Inception’-esque poster with crumbling buildings, which was really neat, but this one focuses more on Bruce Wayne finally giving up the Batman mantle. This is supposed to be Christopher Nolan’s last ‘Batman’ movie, so it’s suitable that we see Batman’s cracked mask in the foreground and a broken Wayne walking away in the background. 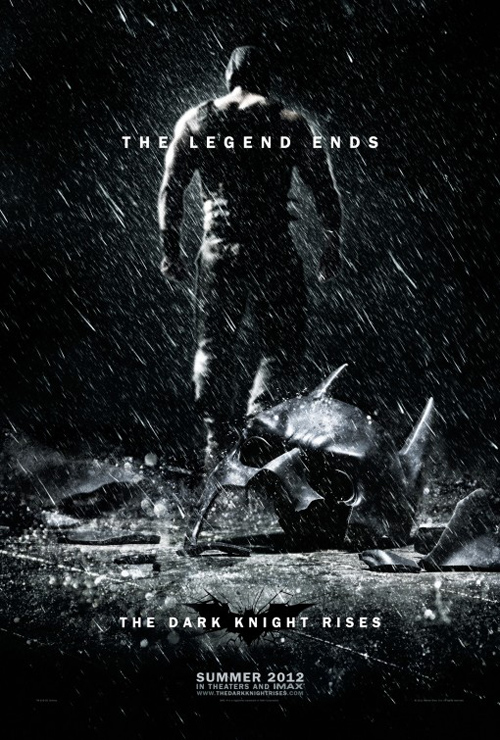 ‘The Cabin in the Woods’

Written by Joss Whedon with help from Drew Goddard, who also directs, ‘The Cabin in the Woods’ is a conundrum of sorts. From the trailer, the movie starts out almost identically to ‘Tucker and Dale vs. Evil’, which makes you think that that it’s going to be a horror movie spoof, but then the trailer moves in a totally different direction.

Such is the case with the two posters that have been released as well. The first features a dark cabin highlighted in blood red, and has a tagline that reads: “If you hear a strange sound outside… Have sex.” This makes you think that you’re getting a horror comedy, right? 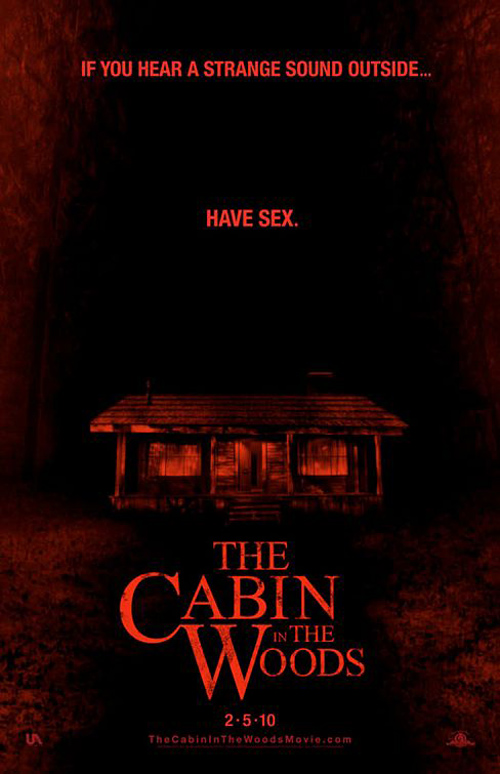 Then the next poster features an unsettling picture of a Rubik’s Cube cabin floating in mid-air, which provides a scarier feeling than the first poster. 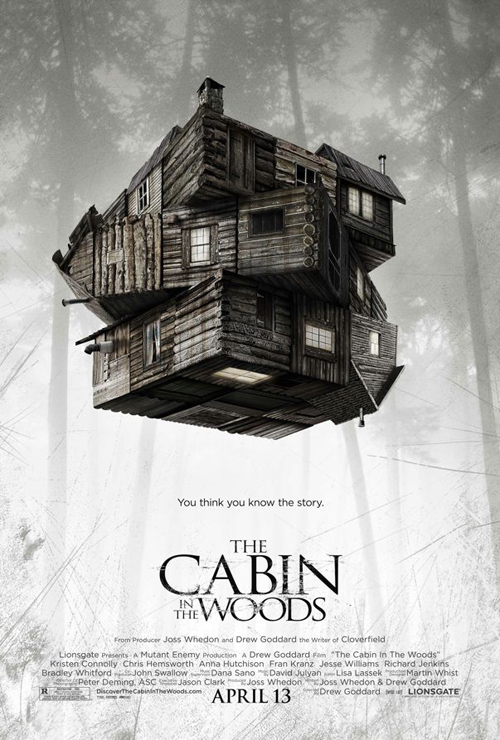 I’m officially excited for whatever path ‘Cabin’ takes. Word is that it premiered at Harry Knowles’ Butt-Numb-A-Thon (BNAT) movie marathon. Early reports that I’ve read on Twitter (reputable news source I know) say that it’s really good. We’ll have to wait and see, but these posters provide mixed anticipation.

‘How I Spent My Summer Vacation’

See, it’s ironically funny because this is the paper that all fourth graders have to write when they return to school after their break. Only now all we see is Mel Gibson, with a gun, slowly walking away from what appears to be a prison. This is definitely not a story you’d tell your new teacher, is it? That’s why it’s clever.

So, with that over, are we supposed to believe that Mel is going to be an action star again? Anyway, this is the go-to pose for any action movie that wants to create equal parts intrigue and suspense. In the end, it just looks generic. 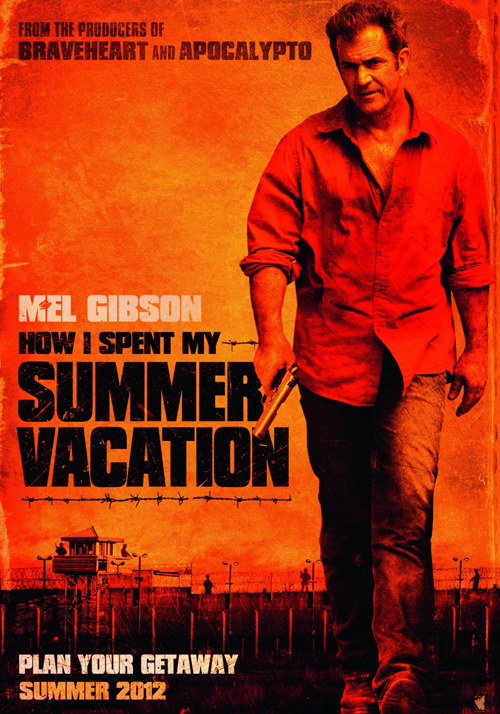