Comic-Con has just wrapped up, which means that a ton of new posters and advertising were released for movies upcoming in 2012 and 2013. Here’s a peak at a few of the posters that made the rounds as Comic-Con exclusives. (Plus one poster that insists Dominic Monaghan looks tough with a gun. When will they learn?)

As has been the trend recently, people who attend the midnight IMAX screenings of this year’s summer blockbusters get a free poster. (This happened with ‘John Carter’ and ‘The Amazing Spider-Man’.) ‘The Dark Knight Rises’ is no different, other than that its poster is probably the best of the bunch. As a matter of fact, it looks pretty damn good, and I must admit, just a little bit scary. 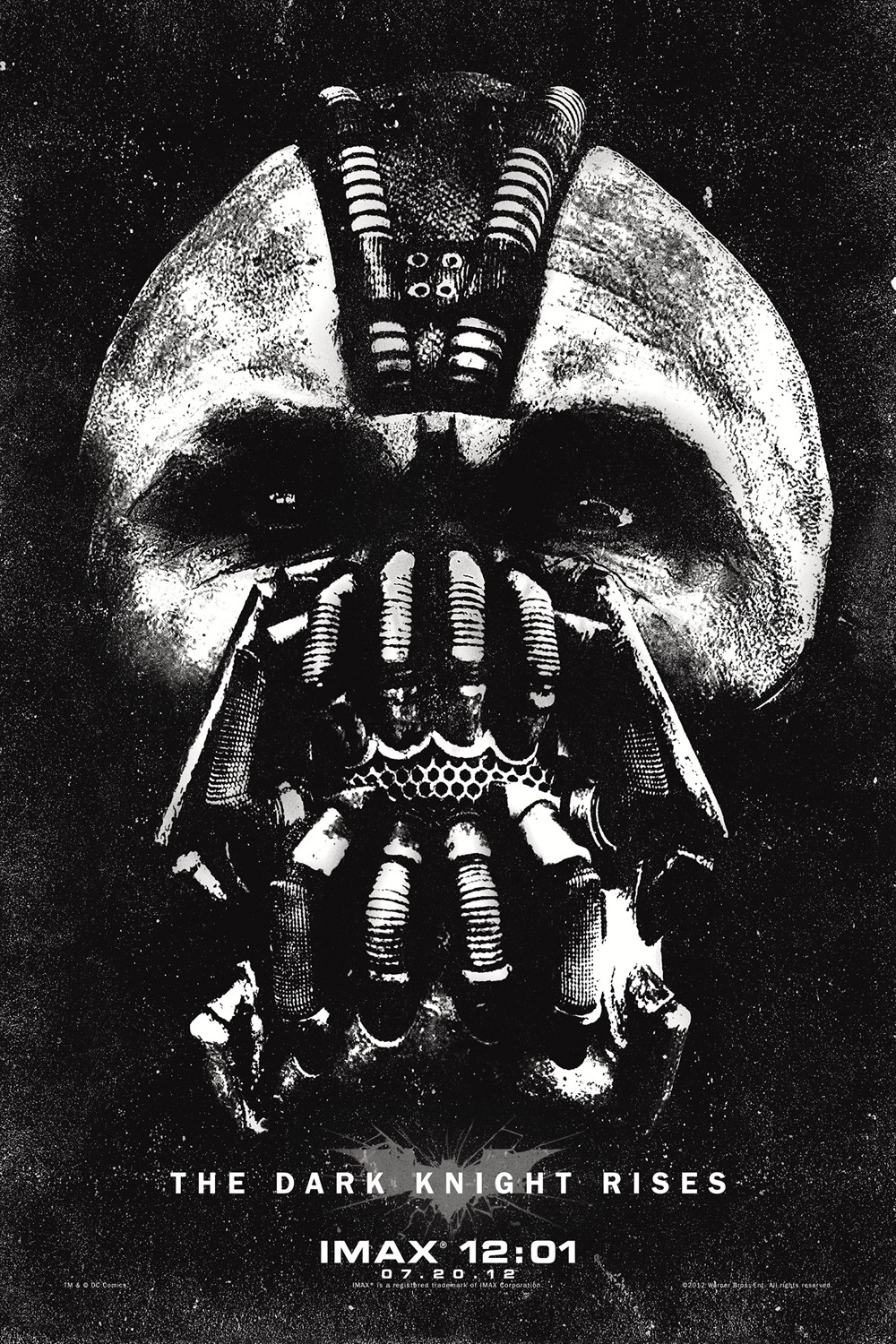 Guillermo del Toro’s new movie about giant robots and monsters gets a new poster just in time to hype the flick at Comic-Con. While the poster provides a requisite hero shot of the main character staring slightly off camera while bathed in a spotlight, the way the giant robot dwarfs everything else is pretty cool. Checking this poster out makes me think that ‘Pacific Rim’ could be everything ‘Transformers’ wanted, but failed miserably, to be. 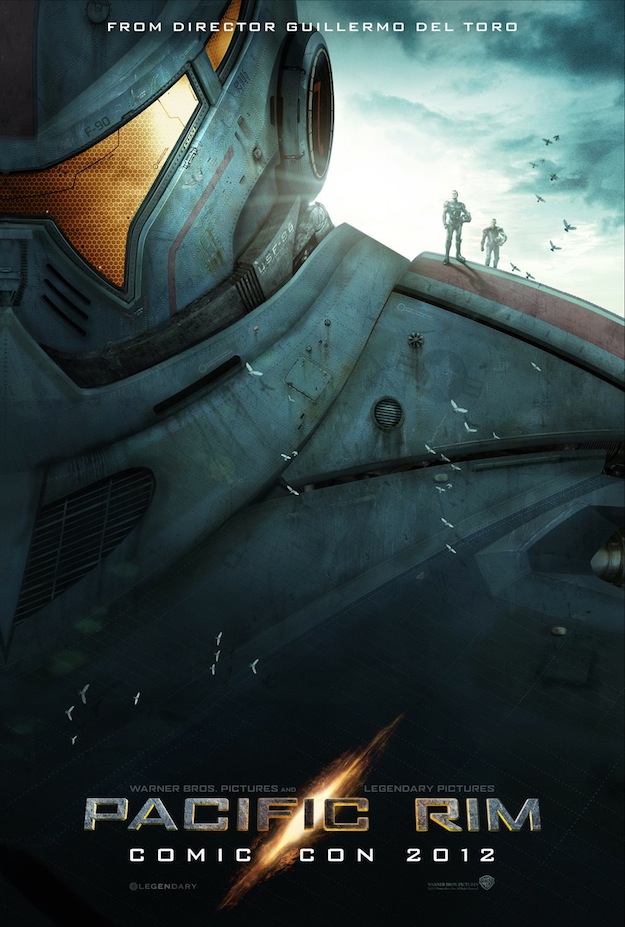 Whether this is an advertisement for Peter Jackson’s new film ‘The Hobbit’ or simply a poster advertising the beauty of New Zealand for the country’s tourism bureau is up for debate. Either way, it’s a beautifully simplistic design, but still has a lot going on. With all the subtle detail, this poster would look great on anyone’s wall. 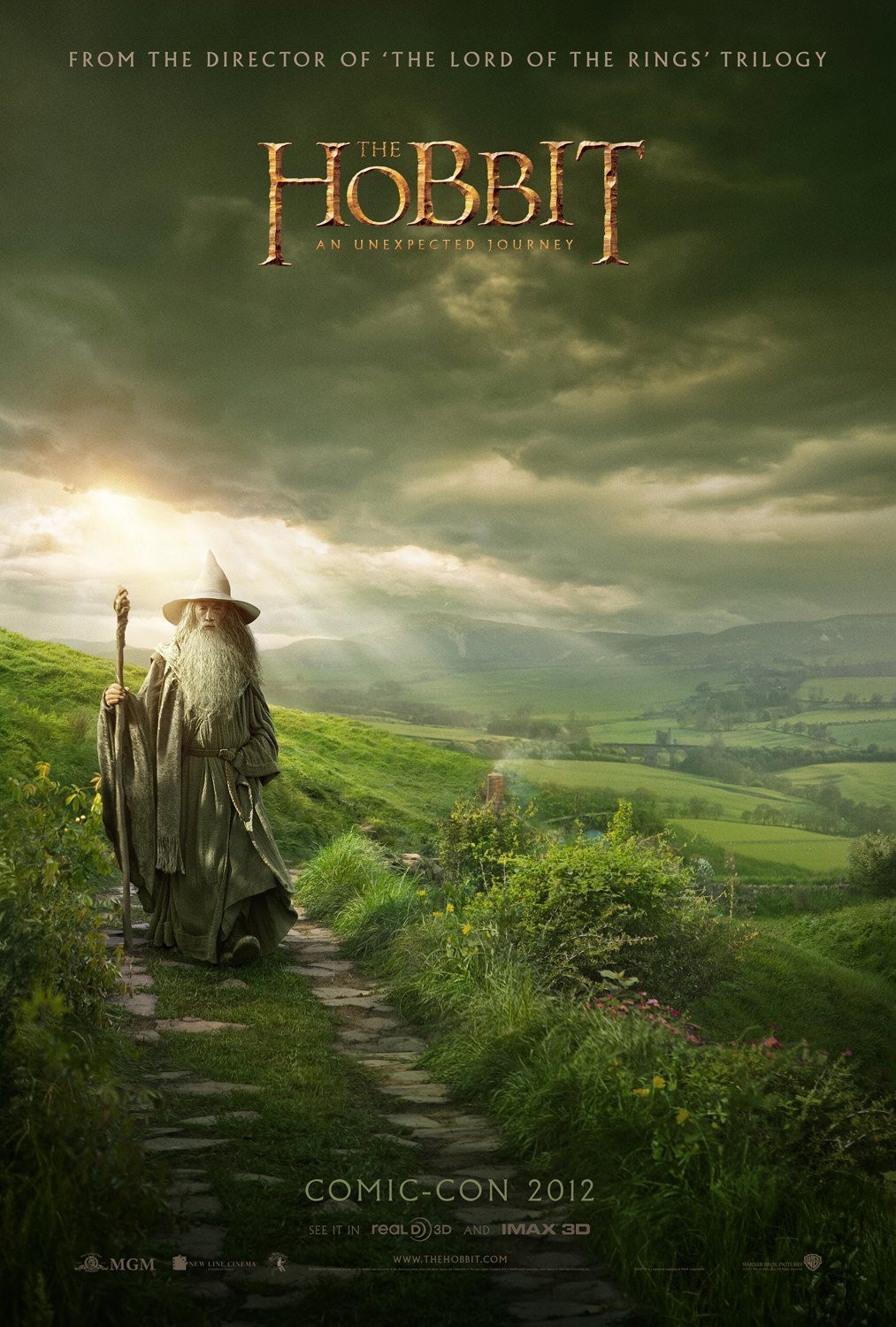 Remember that last Posterizing where we talked about actors who shouldn’t try to look like badasses holding guns? Well, this poster is the exact opposite. It has so much manliness that it’s probably covered in testosterone. I wouldn’t be surprised if it had a warning that said, “Danger: If touched, facial hair growth eminent.” I’m also a big fan of the old grindhouse look of this poster. 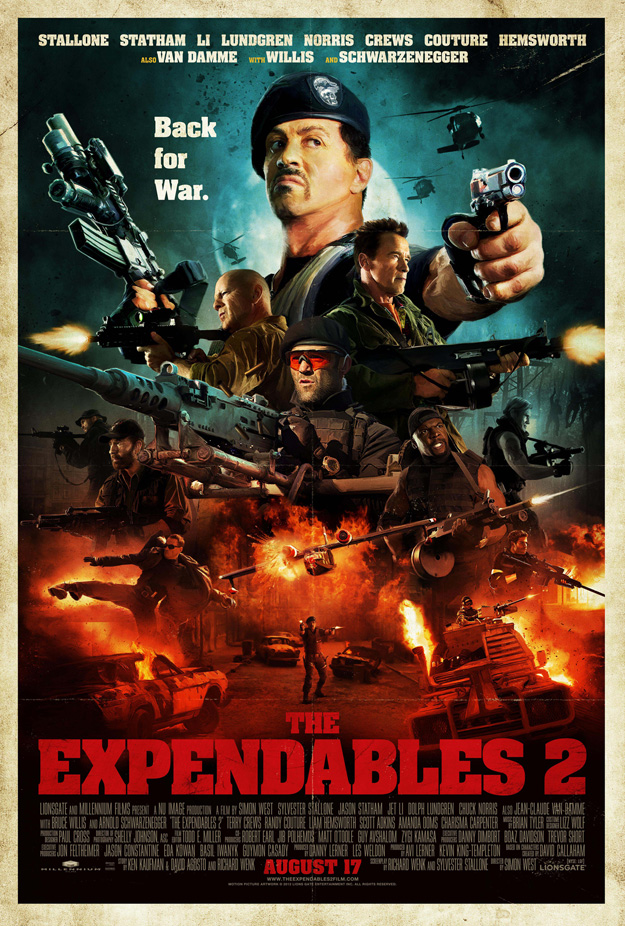 It’s not just movies getting in on the poster game nowadays. At Comic-Con, some ‘Game of Thrones’ posters were sold courtesy of the poster boutique Mondo. This one is my favorite. Created by artist Martin Ansin, it features many cool images and likenesses from the show. I wish I could have been there to purchase this one. 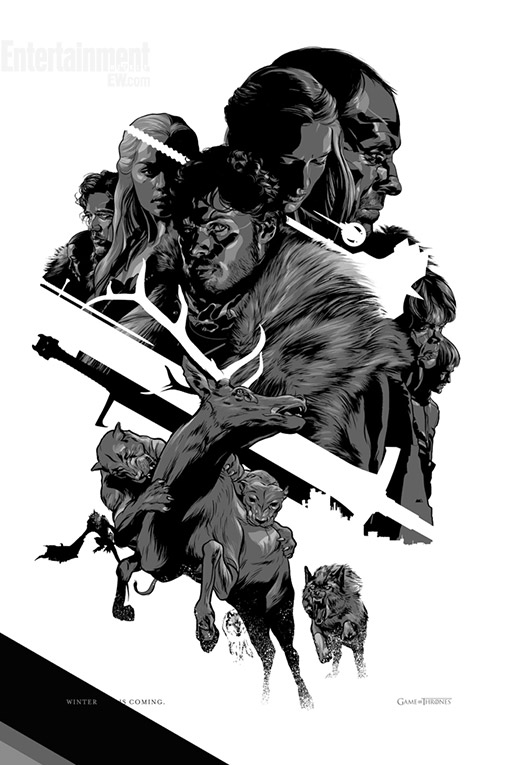 ‘Oz: The Great and Powerful’

The new Sam Raimi ‘Wizard of Oz’ reboot/sequel/re-imagining has finally gotten some advertising. Like the ‘Hobbit’ poster above, this one is extremely detailed, yet vividly simple. I really dig the fact that most of the poster’s space is taken up by the artistic image. The title, while nice, is packed into the bottom corner, and the blurbs up top about producers and directors aren’t overbearing. A very nice job on this one. I could picture this one hung up in a kid’s room. 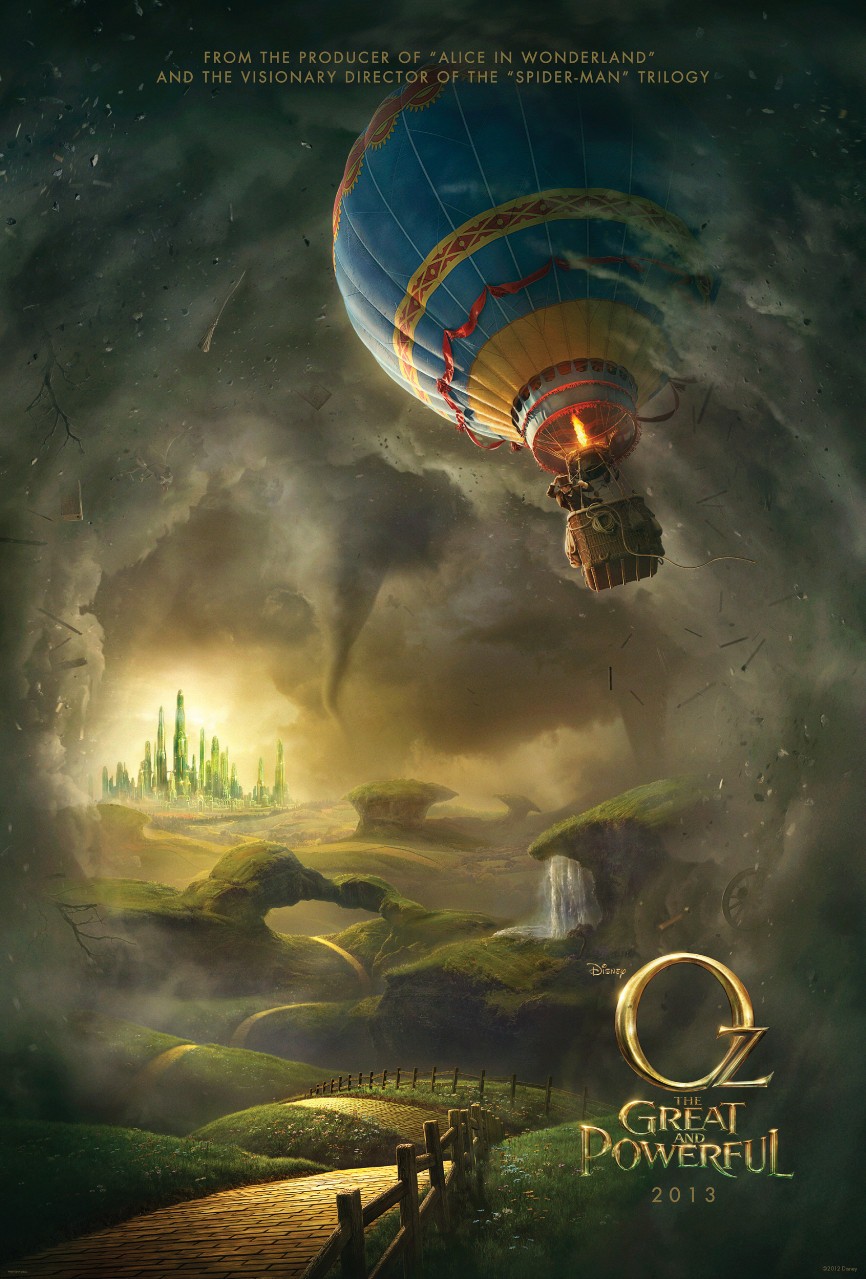 I have no idea what this movie is about, nor do I have desire to pull up its information on IMDb. What I do know is that the people behind the advertising campaign of ‘The Day’ didn’t read my last Posterizing post. So, for their sake, let me repeat: There is never a time when Dominic Monaghan looks tough carrying a gun. Never. 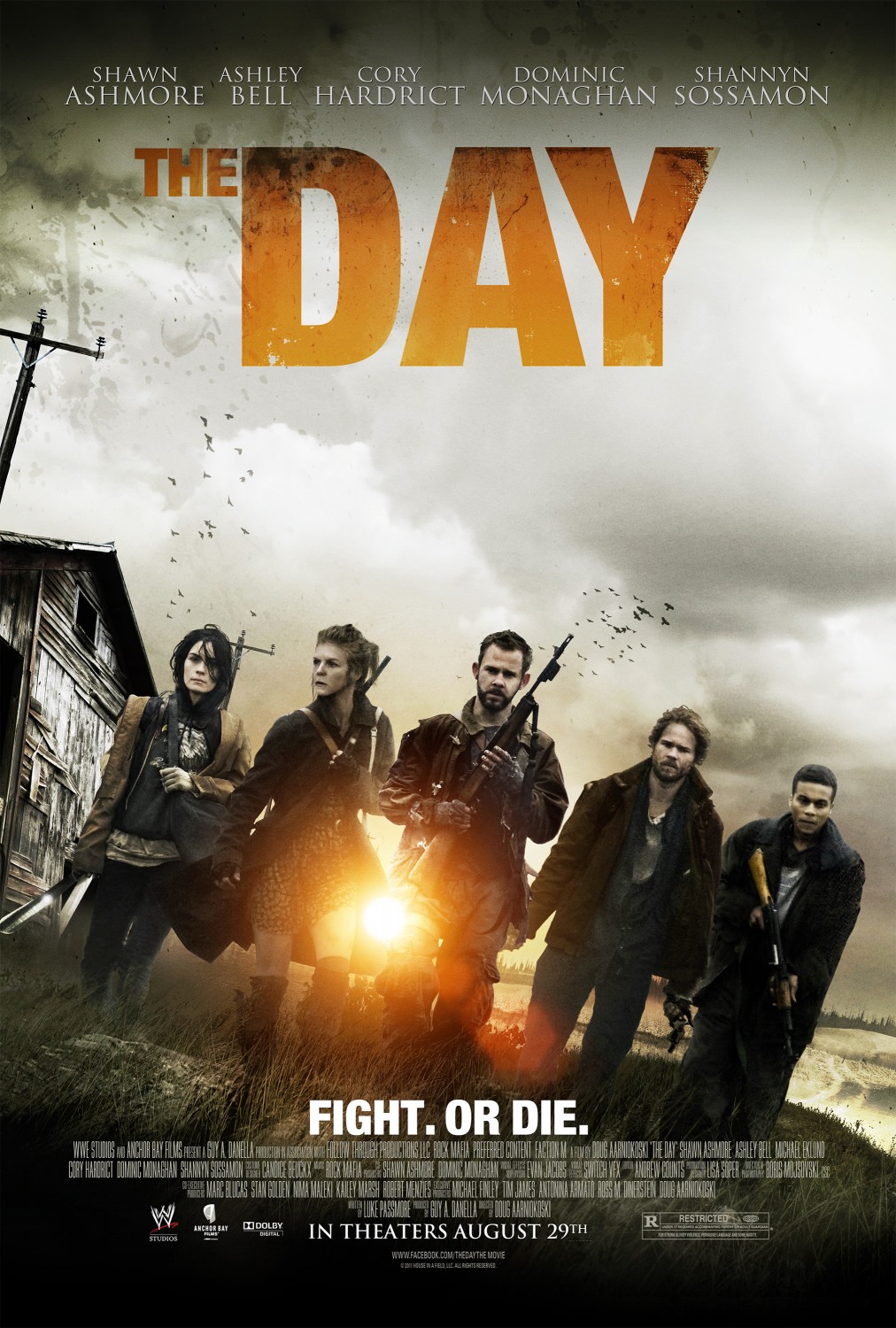