Porsche has decided to enter the home theater game. Yes, Porsche, the sports car maker. Don’t even ask how much the company’s outrageous outdoor, retractable LED screen costs. You can’t afford it.

At 201″ diagonal, the Porsche C’Seed (I assume that’s meant to be a pun on “succeed”?) is self-described as “the world’s largest TV.” Beyond its size, aspect ratio (standard 16:9) and the fact that it’s an LED screen, not much technical information is available on the product yet. Is it standard 1080p resolution or something higher? I can’t tell. I fear that 1080p would have too much evident pixel structure visible at a size this large. But if this were a 4k product, you’d think the company would want to talk that up.

Whatever it is, take a look at this thing:

I’m pretty sure that the screen is bigger than my back yard, and probably costs ten times as much as my entire house.

Get a load of its crazy two-sided remote. How are you supposed to hold it? 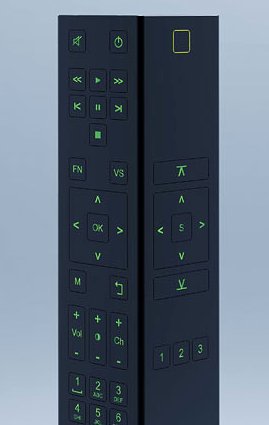 If you want to daydream some more, you can find some info on the Porsche Design Studio’s C’Seed web site. No pricing information is listed. As the saying goes, if you have to ask…

[Thanks to Wayne for the tip.]