Hey, that’s me on stage!

Our Mike Palmer is currently in the process of posting his recaps of last week’s Blu-Con event on the site’s main page. You can find those articles here. Since I was actually participating and on stage for a chunk of the event, Mike is in a better position to offer more comprehensive and objective coverage. I’ll leave that to him. In the meantime, here are some photos from my panel, which had the unwieldy title “Platform as Portal: The Blu-ray Connected Customer.” That’s a convoluted way of saying that our topic was Blu-ray interactivity, both from the software and hardware perspectives.

These pictures also come courtesy of Mike. Obviously, since I was on stage at the time, I couldn’t exactly take them myself.

Here I am at the moderator’s podium. I kind of look like I know what I’m talking about, don’t I? Success! 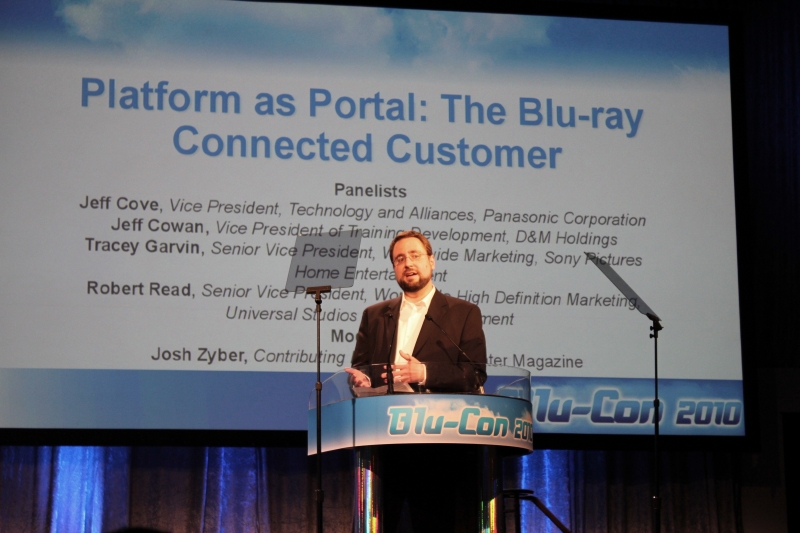 For the record, those are not teleprompters in front of me. They were just shades for the lights, or something. Or maybe they were teleprompters for some of the other speeches, but they weren’t used for my presentation. Honestly, I’m not really sure what their purpose was.

With the lights shining down on my face, I couldn’t see the audience at all, which is a blessing for someone with stagefright. What was awkward about the set-up was that the podium faced out toward the audience, but then I had to turn sideways and face the panelists for the rest of the discussion.

Because all the speakers in the ballroom were in front of us and aiming outward toward the audience, none of us on stage could hear all that well. Nor were we sure how well the audience could hear us. Nobody complained, so I guess we did OK.

Here are the four panelists. You can read their names and positions in the photo well enough that I don’t need to repeat that info again here. 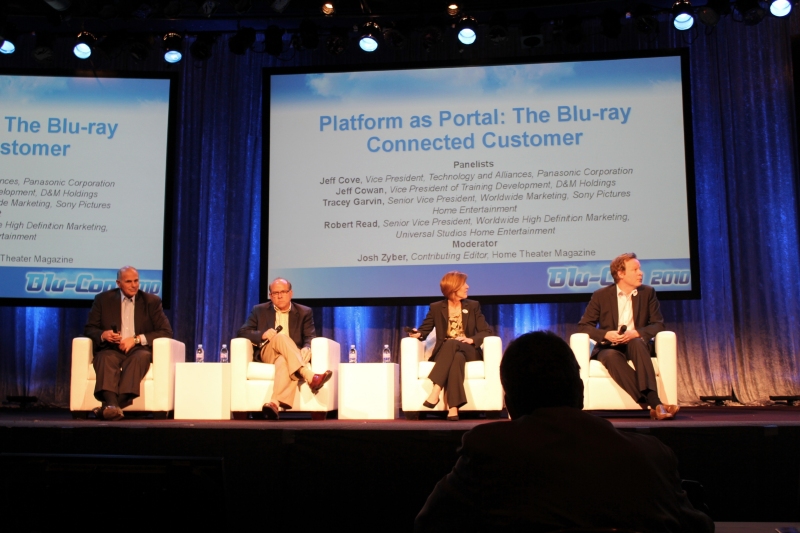 These two are the studio reps. I asked them a bunch of questions about BD-Live, who actually uses it (apparently, a lot of people), what they’re watching (mostly trailers), and how it can be improved. 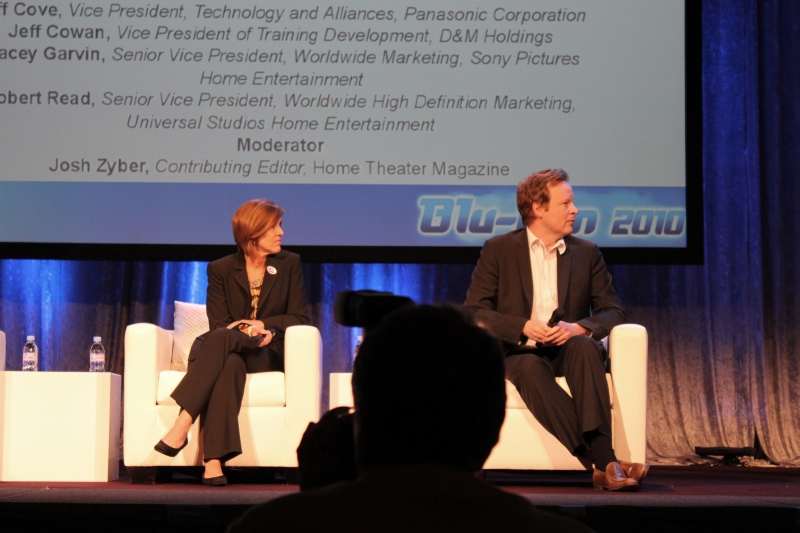 And these two are the hardware reps. We talked a lot about the value of network streaming services such as Netflix and Pandora in Blu-ray players. They also helped answer some technical questions. The VP from D&M (that’s Denon & Marantz) had a very reasonable answer for why his brands have decided not to incorporate wi-fi into Blu-ray players. (It’s not reliable enough for their liking, and could result in the “bricking” of players during firmware updates.) 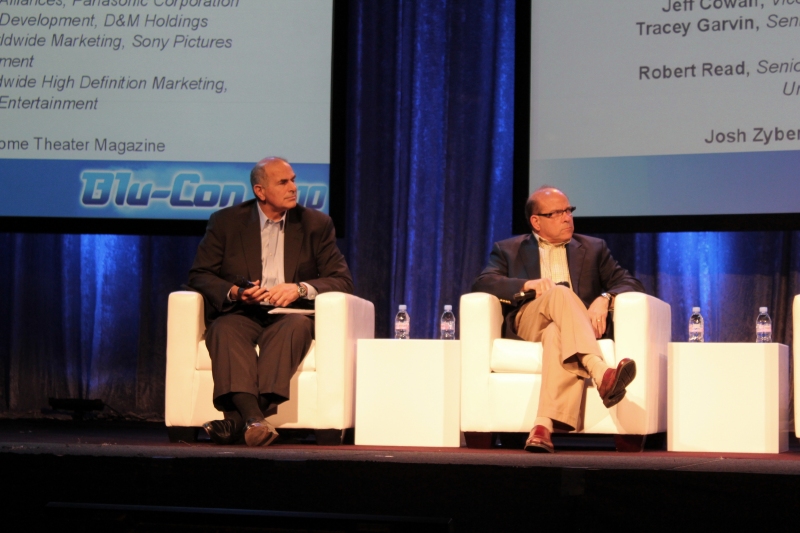 Considering my deathly fear of public speaking, I think the panel went very well. But we’ll just have to see what Mike made of it. (Go easy on me, buddy!)

Tomorrow, I’ll be jetting back to the West Coast for another conference that Dolby is holding in San Francisco. Fortunately, I don’t have to speak at that one, so the pressure is off me this time.