I love the idea of companies like Panasonic getting back into gaming. (Remember the 3DO?) But this really isn’t the way to do it.

Panasonic’s latest foray into gaming is a handheld device called the Jungle that’s made for playing Massively Multiplayer Role-playing Games on the go. From the sound of things, you’ll be playing the games on the cloud, which means you’re streaming video of the game to your device, rather than having the full game installed. Sure, this all sounds promising, but let’s just think about this for a second.

For starters, there’s no word on whether the Jungle will actually run ‘World of Warcraft’ or not. Since that’s the biggest MMO around, it’s a pretty important one to have. The game won’t install natively, since the Jungle is rumored to run on Linux, and there’s no word on Jungle support from Blizzard.

You will have at least one game to play on the Jungle, though. ‘Battlestar Galactica Online.’ That’s right, the show that’s been off the air for over a year is getting an MMO. It’s also a game I didn’t even know was in the works from a developer I’ve never heard of, which is probably a bad sign.

Let’s assume for the moment that the system will run real games, instead of just browser based MMOs like ‘Battlestar Galactica.’ The full specs aren’t known, but judging from the pictures it has a screen that can’t be more than five or six inches diagonally. 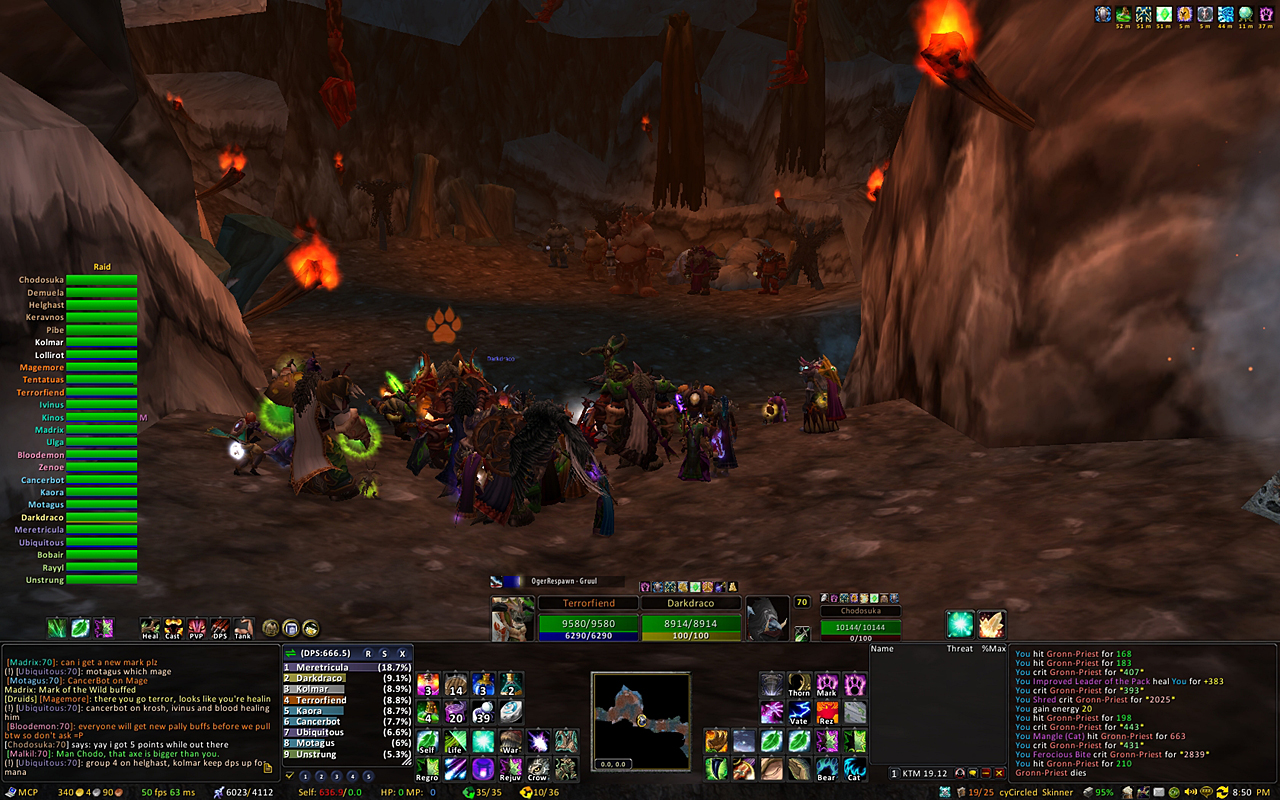 If you’ve never played an MMO before, take a look at the screenshot to the right. This a typical user interface for a ‘World of Warcraft’ player.  Each player is different, but this isn’t too far

from the norm.  It’s difficult to deal with on my roommate’s 19″ widescreen monitor. On my 23″ screen, it’s pretty darn good, but I’d be happier at 24.

Now that you’ve got a feel for all the information that needs to be on the screen at once, go ahead and imagine that image compressed down to six inches. That size renders the game nearly unplayable.

Lastly, let’s take the price into account. Again, there’s nothing official yet, but let’s go ahead and assume that the Jungle will run somewhere in the $300 range. For that price, you could get an old laptop or a new netbook that would play the same games with a bigger screen and almost assuredly better performance.

When I first heard about the Jungle, I got really excited for a few minutes, and then sat down and thought about it practically. It’s a wonder that the people at Panasonic didn’t do the same.