As if you couldn’t tell from the teaser image above, we’re not talking about the same ‘Tag’ that’s in theaters now.

A pair of school buses in the absolute middle of nowhere are well on their way towards an idyllic lake getaway. Inside are hordes of Japanese schoolgirls, each bubbling with excitement. They gleefully wave at passersby. They ramble about the definition of “gelato.” They have a pillow fight, because of course they would. And they can’t help but tease Mitsuko (Reina Triendl) a bit as she quietly works on her poetry. Their ribbing gets just out of hand enough to send Mitsuko’s pen tumbling to the floor. Just as she leans over to pick it up: 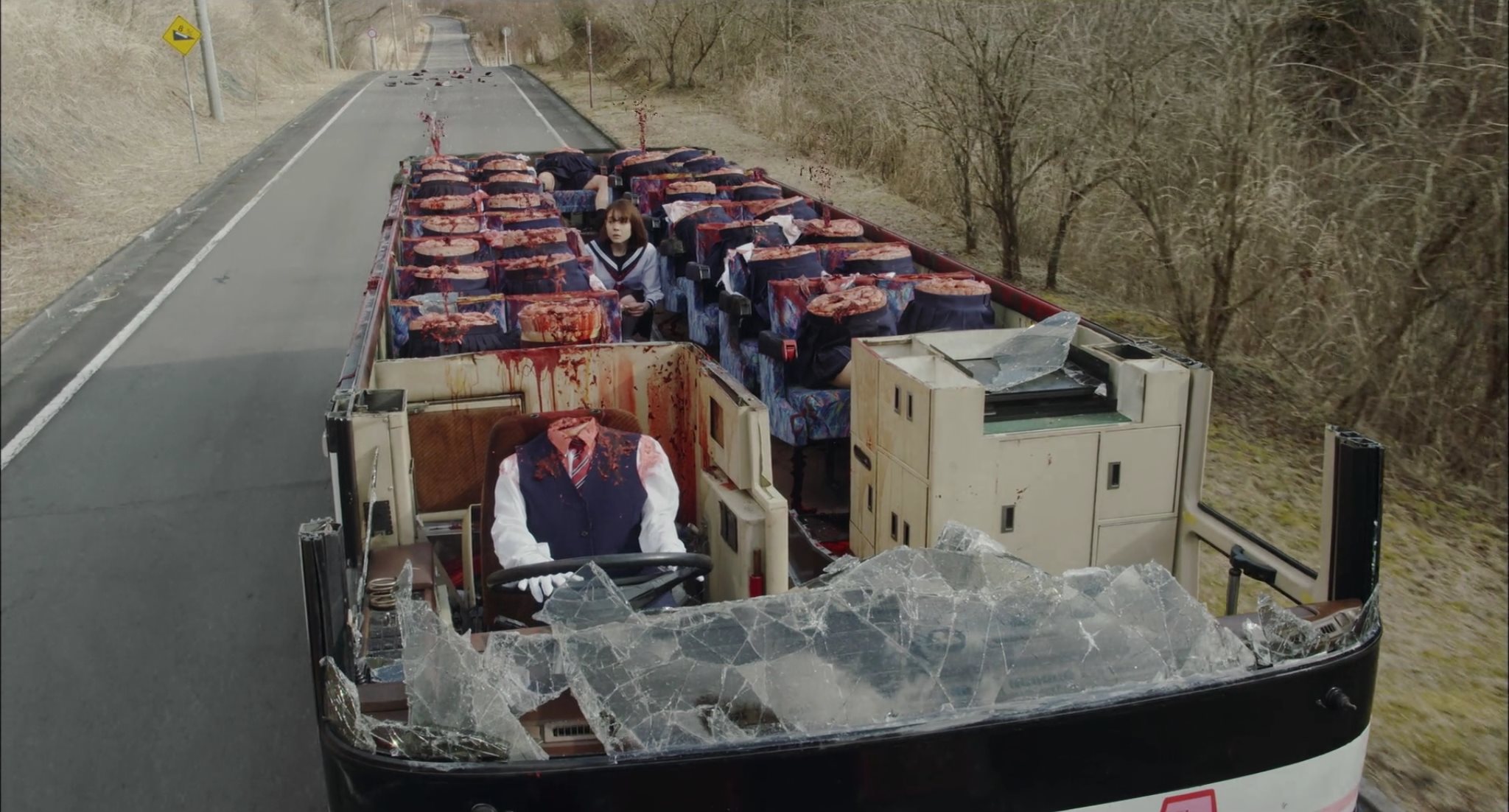 An unseen force cleaves the bus and everyone else in it in two. Severed torsos fly down the highway. Her friends and classmates are reduced to crimson-spurting waists and legs. Mitsuko can scarcely wrap her head around the horrors she’s just witnessed when this malevolent presence – a roaring wind straight out of ‘The Evil Dead’ – swoops back for another pass. So, she runs. Everyone unfortunate enough to encounter her along the way is swiftly split in half.

At long last, Mitsuko seems to have escaped. She washes her friends’ viscera from her face and hair in a nearby lake. She swaps out her bloodied top with the clothes from one of her mutilated classmates. She shambles towards something she hopes is civilization… and she finds it. Mitsuko, suddenly, is embraced by a gaggle of friends she’s not sure she’s ever met before, pulled toward a school she has no memory of ever attending. There’s no chance that the horror she’d just endured was a nightmare, is there? I mean, her hair is still sopping wet. These aren’t her clothes. And yet everyone around Mitsuko acknowledges her warmly by name, and every indication is that it’s just another ordinary day. At least, that’s true until… well, that would be telling. 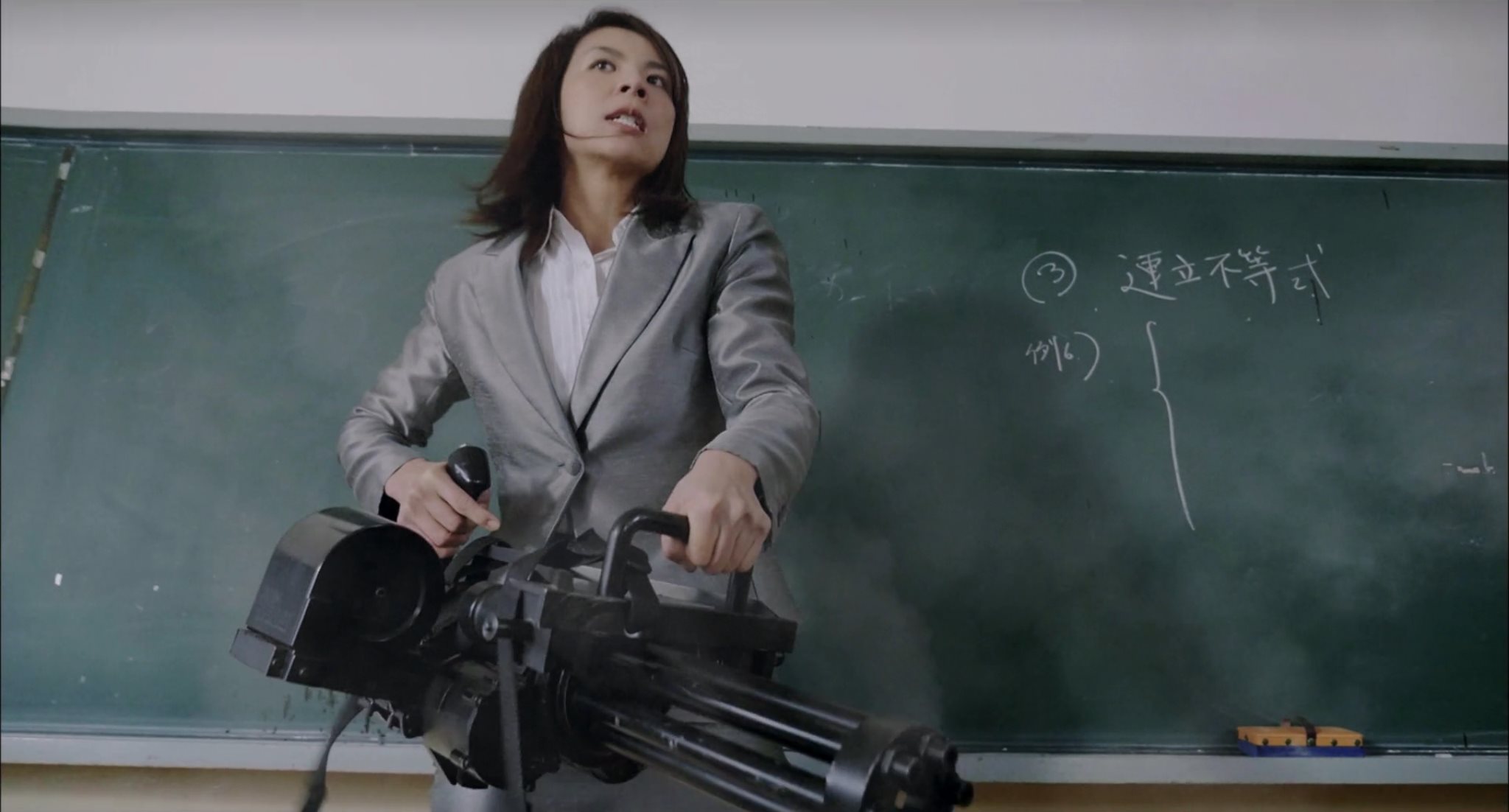 In much the same vein as Nobuhiko Obayashi’s ‘House‘, ‘Tag’ is artfully surreal and gruesome. Its pace is frequently relaxed, captivated by achingly gorgeous cinematography and offering Mitsuko at least some opportunity to acclimate herself to her often unfamiliar surroundings. ‘Tag’ basks in the glow of youth, reveling in joyous moments that these characters would surely cherish for many decades to come – at least, they would look back fondly on these memories were they not brutally murdered minutes later.

This seemingly endless cycle makes ‘Tag’ a challenge to review. There is no singular nemesis to overcome. The world it builds and the rules it establishes are fluid, to say the least. The characters you become acquainted with in one sequence will not be entirely the same in the next. Everything you think you know is wrong. Key to its allure is a sense of discovery. We’re meant to share Mitsuko’s lack of steady footing. From a death metal crocodile attack to a man-pig in a bloodied suit cartwheeling through a marathon, there is no expectation that any of us should know what waits around the next corner. If I’m being frustratingly vague on any of the specifics, it’s for your benefit. 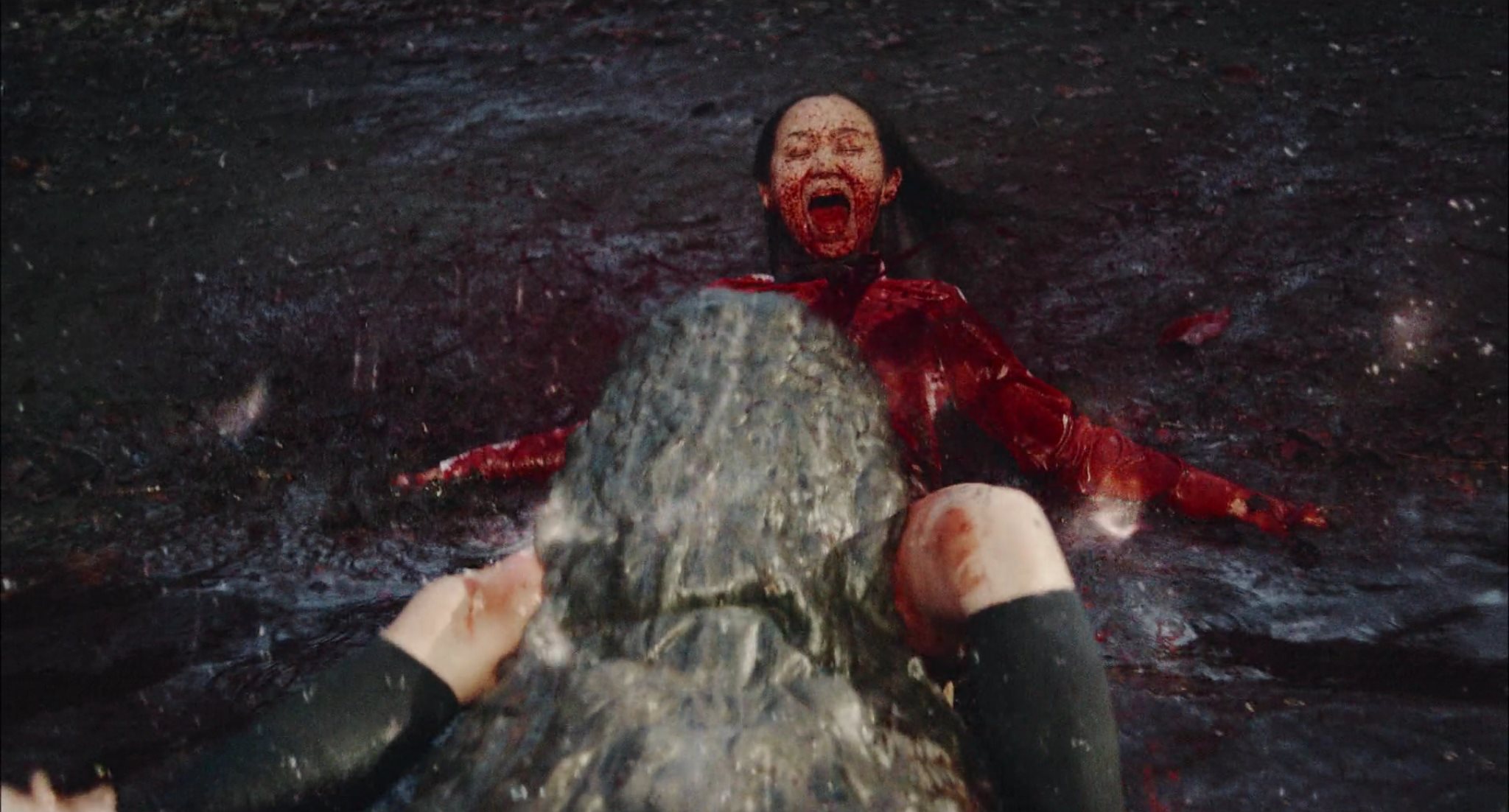 “Life is surreal, Mitsuko. Don’t let it get to you. You have to beat it and not be consumed.”

Jarring randomness and schoolgirl fetishism are easy, but it’s a far mightier feat to weave that into a worthwhile film. Writer/director Sion Sono (‘Suicide Club’, ‘Why Don’t You Play in Hell?’) proves up to the challenge. ‘Tag’ approaches violence-as-entertainment from a perspective I can’t say I’ve ever considered before. Amidst the countless upskirt shots is a message of female empowerment. ‘Tag’ unwaveringly held my interest even in the long moments bridging its surreal explosions of gore, something exploitation cinema too often struggles with. This is a beautifully photographed film, particularly its fascination with feathers fluttering down. Reina Triendl is an exceptionally engaging lead, with her shy, weary smile perhaps suggesting that every day is somewhat of a struggle. Her expressive face is an ideal canvas for the confusion and horror inherent to Mitsuko’s plight. 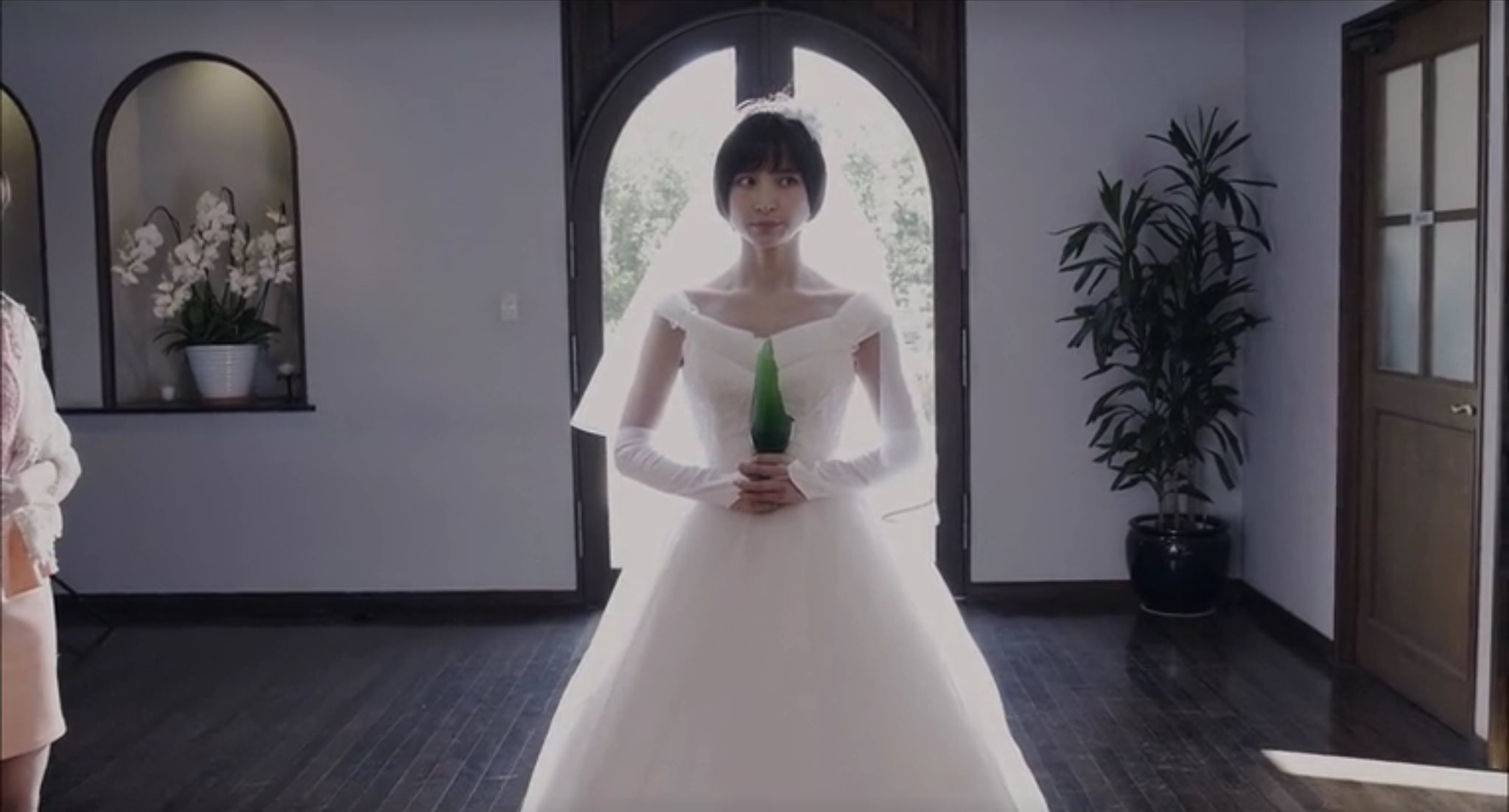 This hyper-meta, absurdist mashup of horror, drama, and action hasn’t gotten a proper Blu-ray release on these shores, but FilmRise is selling BD-Rs of ‘Tag’ on Amazon. Of course, there’s not much point in settling for an overpriced MOD disc when it’s right there waiting for you on Netflix.