The recent passing of French cinema icon Jeanne Moreau prompted me to finally watch another of the out-of-print Twilight Time limited edition Blu-rays in my collection. The darkly comedic 1968 thriller ‘The Bride Wore Black’ was François Truffaut’s riff on his idol Alfred Hitchcock, and may have had lasting influences of its own.

Moreau stars in the title role as Julie Kohler, a woman whose long-delayed marriage to her childhood sweetheart was tragically cut short when the groom was murdered on their wedding day. Determined to seek revenge for this act, she systematically hunts down the five men responsible, insinuates herself into their lives as the personification of each one’s particular perception of womanhood (an alluring siren, a romantic fantasy, a subservient housewife substitute, etc.), and finally kills them in creative (and sometimes silly or outright implausible) ways. As it turns out, at least the first few of the victims don’t seem like particularly villainous people. Nevertheless, Julie can feel no sympathy for them and will allow nothing to deter her from her mission – not the intervention of a concerned priest or even her own conscience. Vengeance must be satisfied.

Julie is a very cold and calculating (and sometimes one-note) character, which Moreau invests with a little depth when she can. Posing as a schoolteacher, she spends an entire day playing with and caring for one victim’s young son, bestowing on him the warmth and motherly nurturing she has been denied for her own family. That all evaporates as soon as the boy leaves the room, and it’s right down to business killing his father.

Although the story is based on a novel by Cornell Woolrich, Truffaut’s most obvious source of inspiration here is Alfred Hitchcock, whom he’d interviewed extensively a few years before. The movie is fashioned in clear imitation of Hitchcock’s frothier thrillers, right down to the unmistakably Hitchcockian score by Bernard Herrmann. Even the choice of source material is likely an intended homage, as Hitchcock had adapted another Woolrich story for his film ‘Rear Window’. 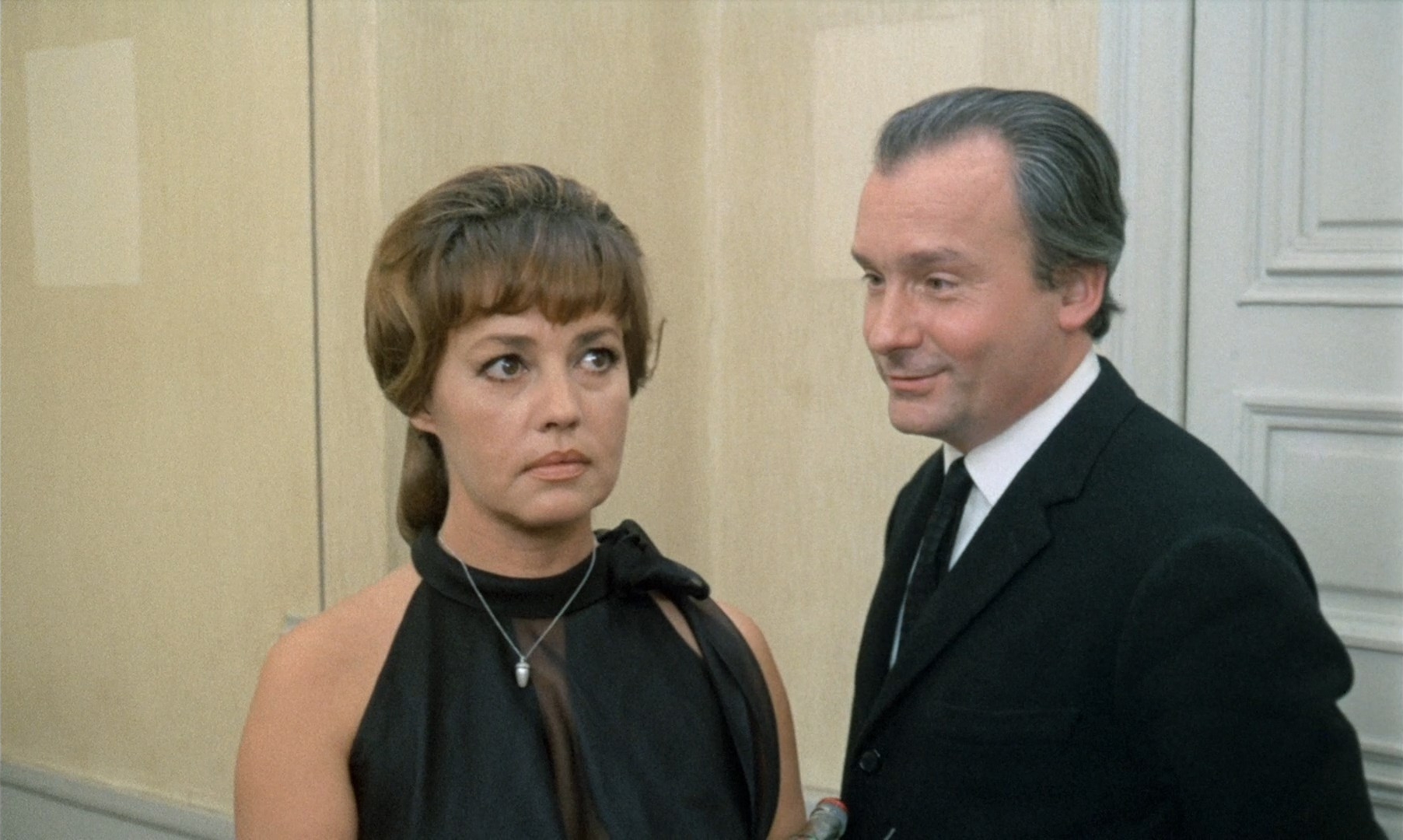 This is all done with great affection and fun, though Truffaut is nowhere near the master of the form that Hitchcock was. Parts of the movie are very sloppy and its story logic doesn’t hold up to much scrutiny. (One of Julie’s murder methods couldn’t possibly work as depicted.) However, Truffaut puts his own humanist spin on the material by spending more time with some of the victims than with Julie, allowing viewers to get to know and even sympathize with them before the alleged heroine of the story swoops in to murder them. Her reasons for doing so are unclear at first, only slowly revealed as the movie goes on. This brings a great deal of moral ambiguity and grayness to an otherwise black-and-white revenge plot.

Even though the film was financially successful, it was poorly received by critics in its day. Reportedly, Truffaut himself was unhappy with it and clashed with cinematographer Raoul Coutard (who’d previously shot ‘Shoot the Piano Player’ and ‘Jules and Jim’ for him and was a legend for his work with Jean-Luc Godard) over the visual design and emotional tone of the picture. That dispute may explain the schizophrenic nature and some of the deficiencies in the final product. Ultimately, ‘The Bride Wore Black’ is a minor work by François Truffaut. It’s a frivolous, insubstantial movie, but still entertaining in its own modest way.

Modern viewers will no doubt note the similarities between the premise of this film and Quentin Tarantino’s ‘Kill Bill’, enough to assume that it must have been one of the director’s pop culture touchstone references. The Julie character even maintains a “death list” of her five intended victims, crossing them off as she completes each task. Weirdly, around the time ‘Kill Bill’ was released, Tarantino denied having seen ‘The Bride Wore Black’. Considering how freely and enthusiastically he divulges his other influences, I can’t imagine that he’d bother to lie about this one. Still, the comparison is too clear to ignore. 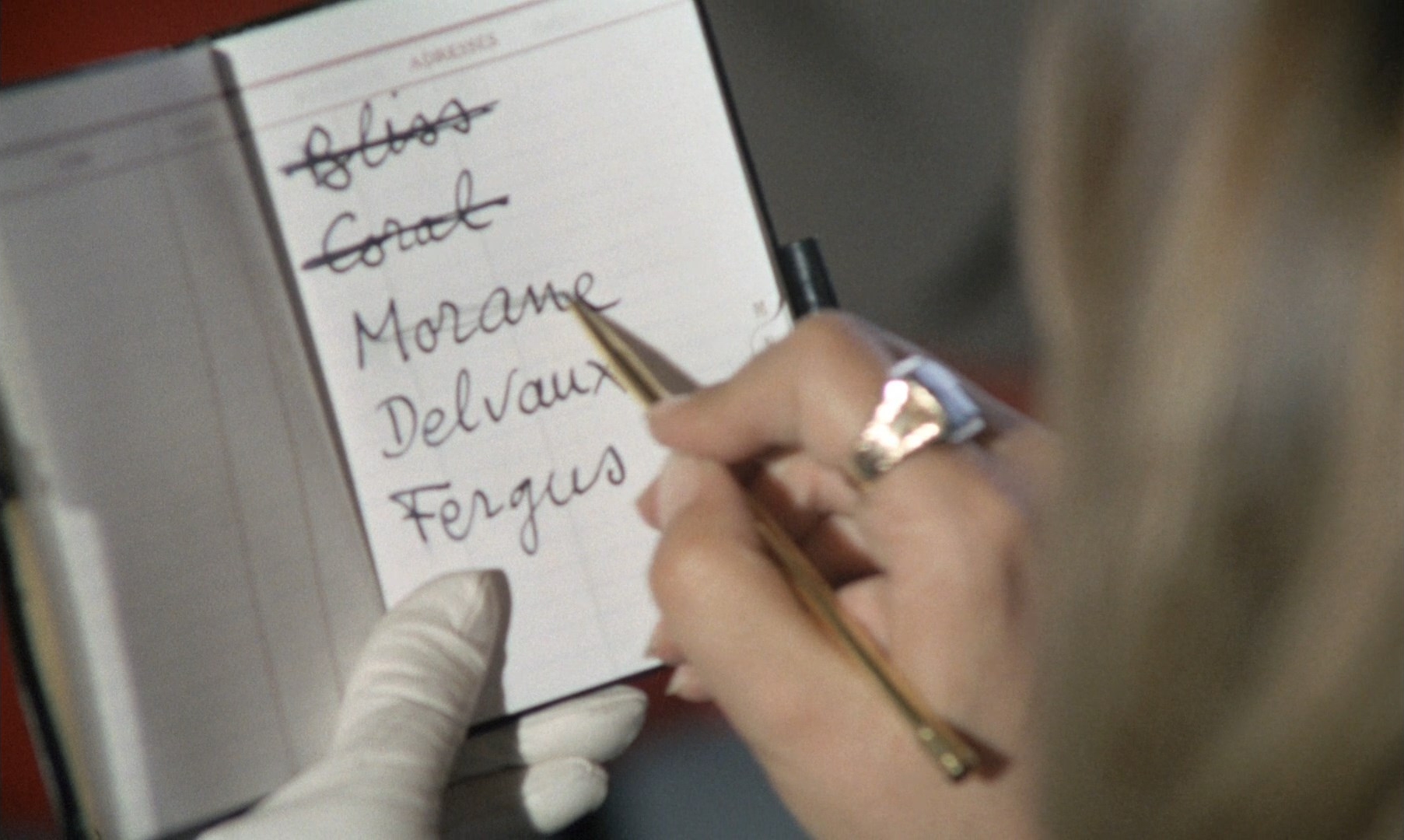 Released in early 2015, the Twilight Time Blu-ray makes the strange and inexplicable decision to author the original French-language version of the movie and the English dubbed version as completely separate encodes squeezed onto the same disc, rather than as alternate language and subtitle tracks over one video file. As near as I can tell, the English version is indeed a straight dub job of the same footage – not a case where some of the scenes were shot in multiple languages for international distribution, as sometimes happened with European productions of the period. Video image quality is roughly equivalent between the two, except that the French version has large, non-removable subtitles placed high in the frame. At first glance, they look like typical player-generated ugly yellow subtitles, not like something from an original theatrical print. My best guess is that, in licensing the title out to Twilight Time, MGM must have provided a couple of old video masters created for DVD, one with burned-in subs and one without, and Twilight Time couldn’t get the French audio to sync properly with the unsubtitled video.

Unfortunately, neither version looks very good. Pillarboxed to an aspect ratio of 1.66:1 with small black bars on the sides, the picture is overly bright and faded. Blacks are dull and the colors flat, which makes the movie look overlit. The image is also quite soft with a barely adequate amount of detail for high definition. Even knowing about the film’s photography issues, I’m certain that it could look better than this with a fresh scan of the camera negative.

The French soundtrack is a clear but thin DTS-HD Master Audio 1.0 mono with little to distinguish itself. I didn’t pay much attention to the English track but it seemed about the same. Bonus features include an audio commentary with Twilight Time’s Nick Redman and Julie Kirgo, an isolated score and FX audio track, a terrible-quality trailer, a 79-minute audio interview with Bernard Herrmann from 1970 on a separate CD, and of course a booklet essay by Kirgo in the case.

Limited to 3,000 copies, the Blu-ray took a while to sell out, but finally did so earlier this year (two years after release), largely owing to Twilight Time’s aggressive sale pricing. At present, a third-party reseller on Amazon is offering a couple copies at a grossly inflated price. Overseas, a Region B Blu-ray was released in Spain, but I don’t have any information about the quality of that edition. A quick scan for streaming copies of the movie didn’t turn up any results at the major providers, but I won’t pretend to have searched exhaustively. 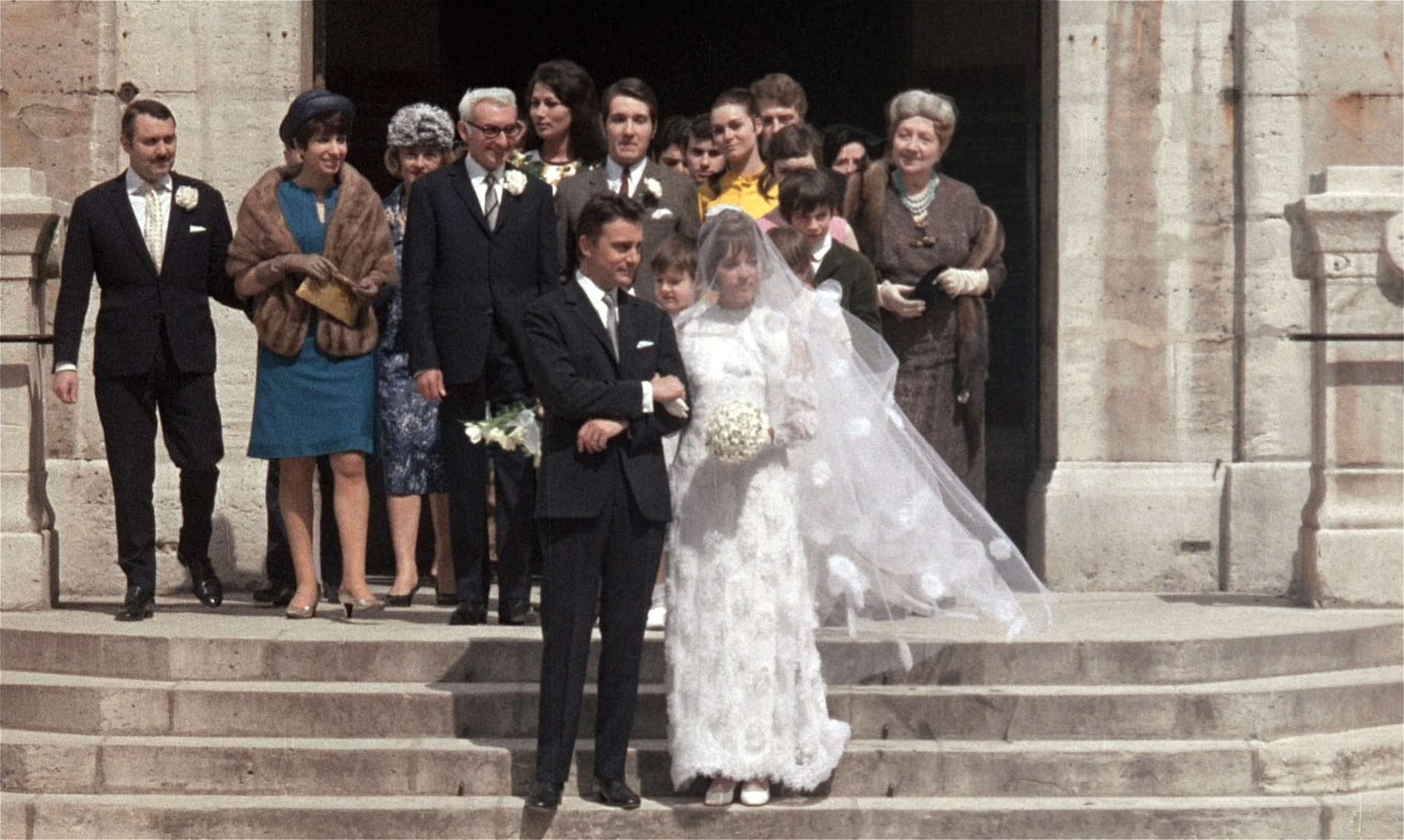