In its official E3 media briefing, Nintendo faces the burden of explaining why you should want the Wii U. This has left the company in a position of trying to explain how the Wii U Gamepad enables new gameplay.

Legendary game developer Shigeru Miyamoto made an appearance to showcase ‘Pikmin 3’. A sequel awaited since the GameCube era, Miyamoto explained that ‘Pikmin 3’ has the player manage four characters and their Pikmin hordes. This shift from a lone captain to what appear to be four related family members requires navigation around a map facilitated by the touch screen on the Wii U Gamepad.

I enjoyed ‘Pikmin’ back on the GameCube, but this could be frustrating, especially when the little Pikmin are near water. I’ve always wondered if the clamoring for ‘Pikmin 3’ reflected the wishes of people who had actually played the first two games. When Nintendo re-released ‘Pikmin’ 1 & 2 for the Wii, the games didn’t exactly top any sales charts. We’ll have to see if the Miyamoto magic can strike again. 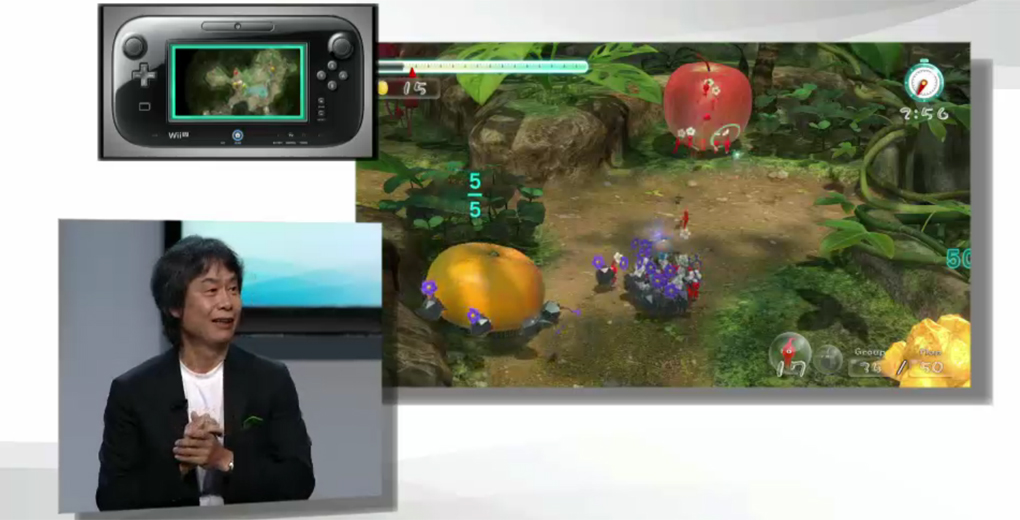 Wii U Gamepad vs the TV

Again, the Nintendo reps delivered two messages. On the one hand, they pushed the usefulness and necessity of the Gamepad and a second screen with touch capability. On the other hand, they talked about how both the Wii U and gaming in general need to be independent of a TV. Yet on Sunday, when explaining the Gamepad’s redesign, they emphasized that the Wii U is not a portable system. I think that Nintendo’s explanations are troublesome, but they’ve come a long way since last year.

Nintendo also discussed asymmetric gaming – specifically multi-player game modes where one player uses the Gamepad against other players who have WiiMotes. It’s not a bad concept; Sony has done some similar things with the Move. Nintendo then quickly stated that the Wii U could support two Gamepads, which raises concerns over the growing war chest of Nintendo peripherals. One example of asymmetric gaming was “Boost Mode” for the ‘New Super Mario Bros. U’, wherein a second player can draw blocks on screen to assist the first player’s platforming progress. This seems more fun than the second player star-shooting ability from ‘Mario Galaxy’. 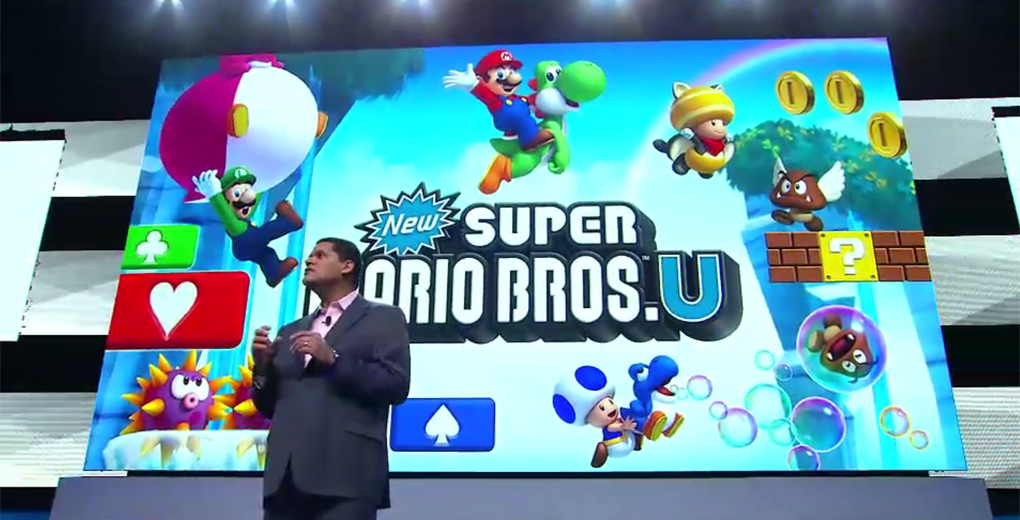 System Specs & Arkham City on the Wii U

Warner’s display of ‘Arkham City’ was one of the more exciting and relatable announcements for me. Here’s an incredible title that’s already pushing the limits of tech and visual quality, and the Wii U incorporates new aspects unique to its platform. The Gamepad’s touch display and movement sensors allow for a different ‘Arkham City’ that suggests what Nintendo can offer for future multi-platform games. 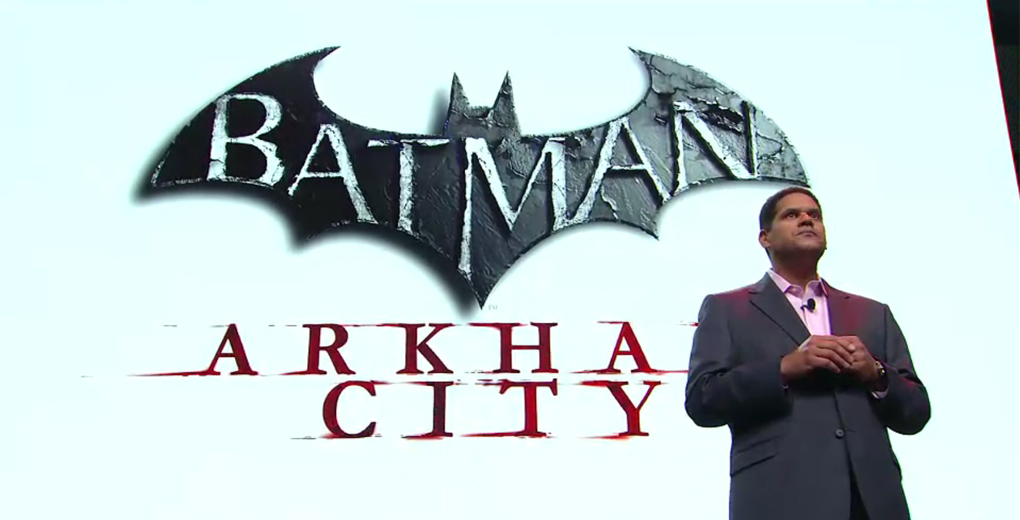 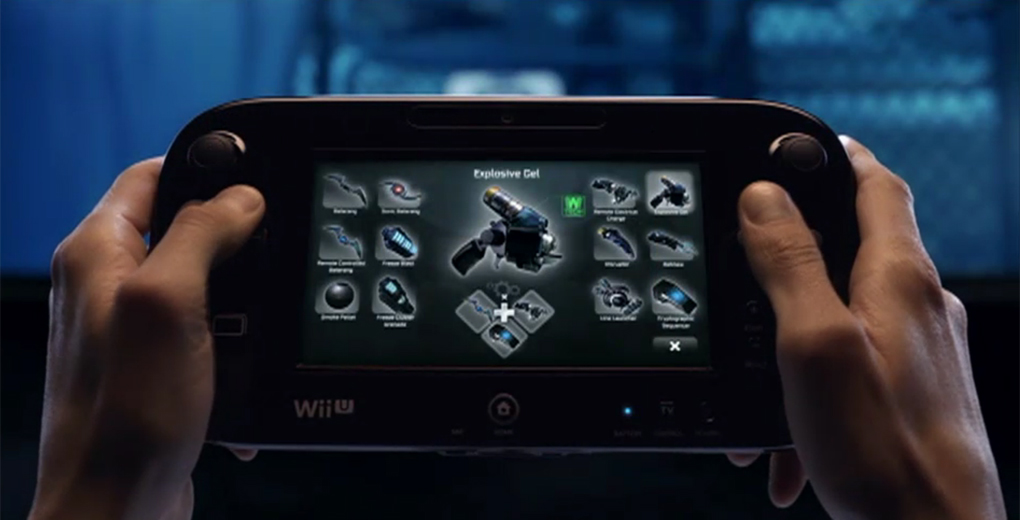 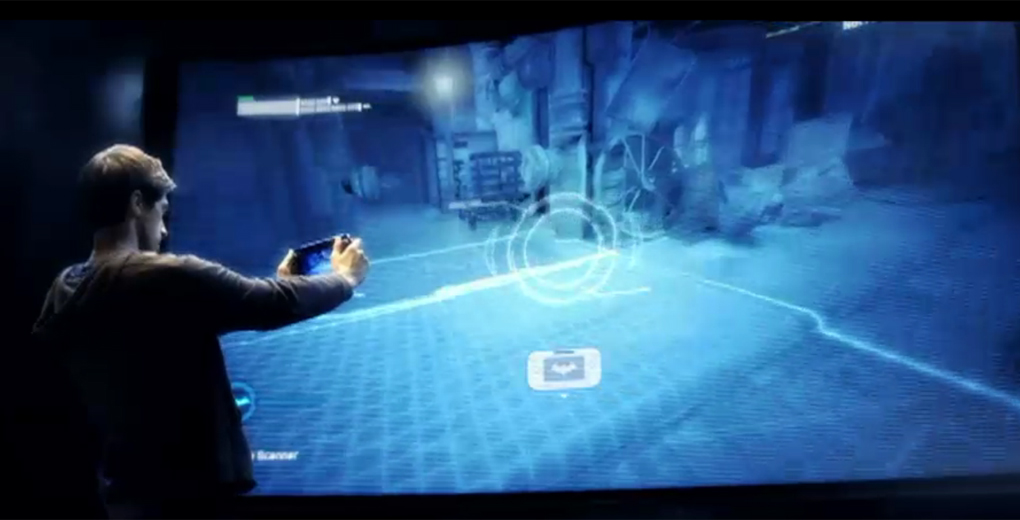 Just Because the Wii U is Coming Out, Nintendo Has Not Forgotten the 3DS

When the Wii was released, Nintendo shifted away from first-party DS development. The DS was able to stand on its own by that time, but will the 3DS? Nintendo announced three first-party games for the 3DS: ‘New Super Mario Bros. 2’, ‘Paper Mario Sticker Star’ and an untitled game based on ‘Luigi’s Mansion’, in addition to the portable ‘Lego City Undercover’. Nintendo then promised to announce more games during Wednesday’s extra 3DS time. 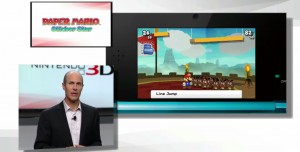 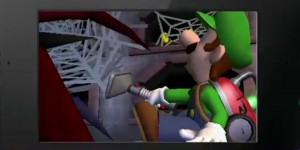 Nintendo touched on several Wii U games, like ‘Scribblenauts: Unlimited’, ‘Lego City Undercover’ and ‘ZombiU’, but ended by trying to explain ‘NintendoLand’. The explicit purpose of ‘NintendoLand’ is to illustrate the Wii U system’s unique capabilities to the public, just as ‘Wii Sports’ did for the Wii. Unfortunately, it will not be bundled with the Wii U, but will be available separately at launch. Beyond explaining that ‘NintendoLand’ will feature twelve different Nintendo character-themed areas in a theme park setting and will be filled with mini-games, ‘NintendoLand’ did not come across very well. I think that ‘NintendoLand’ lacks an accessibility of concept to wring in interest, but on launch day, it will probably sell like crazy anyway. 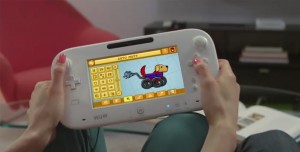 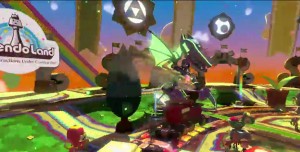 As the public is left trying to understand the Wii U, three big questions remain: 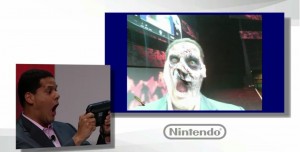 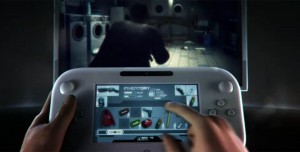